The Kunsthistorisches Museum, Vienna, presents an exhibition of
paintings by Lucian Freud (1922-2011), one of the most important
artists of the twentieth and twenty-first centuries, and a grandson of
psychoanalyst Sigmund Freud. It marks the first time that Lucian
Freud’s works have ever been shown in Austria.

The exhibition is a concise survey of 43 major paintings spanning
Freud’s entire 70-year working career, from an early wartime selfportrait
of 1943 to the final, unfinished painting that remained in his
studio at the time of his death in July 2011. It covers a range of
different genres, from portraits of his family, close friends, wives and
lovers, neighbours, fellow artists, aristocrats and working-class
associates, to still lifes, landscapes and – arguably his most sustained
and remarkable achievement – his own self-portraits.

Important loans have been made to the exhibition from museums
including The Metropolitan Museum of Art, New York; Tate, London;
the Hirshhorn Museum and Sculpture Garden, Washington D.C.; the
Ashmolean Museum, Oxford; the Art Institute of Chicago; and the
Museo Thyssen-Bornemisza, Madrid, in addition to others borrowed
from the artist’s most important private patrons in Europe and the
United States.

The selection of works was made with the close personal involvement
of the artist during the months prior to his death in July 2011, and
with his longtime assistant David Dawson. The exhibition allows the viewer
to trace the radical stylistic development of Freud’s painting across
several decades; from early works, painted in meticulous detail with
fine, sable hair brushes; through the 1950s, when he begins to paint
standing up with coarser, hog-hair brushes in a much looser style; his
first full naked portraits of the 1960s; and finally, in the latter part of
the exhibition, the monumental canvases of the 1980s and 1990s.

“While the Kunsthistorisches Museum is one of the most important
historical museums in the world, its commitment to the art of more
recent times is central to its curatorial and educational objectives”,
said Director General Sabine Haag. “It has long been an ambition of
the museum to present an exhibition of Lucian Freud, and – ten years
on from the groundbreaking exhibition ‘Francis Bacon and the
Pictorial Tradition’ – I am delighted that we have been able to bring so
many of Freud’s remarkable paintings to Vienna.”

“It was a privilege to work together on the preparations for this
exhibition with Lucian, and later with his assistant David Dawson”,
said curator Jasper Sharp. “I am just sorry that he did not live to see
his works in Vienna. We set ourselves the ambitious challenge of
bringing together the most important paintings of his entire career,
and are hugely grateful for the support of so many international
museums and private collectors who agreed to lend them.”

Presented within the Kunsthistorisches Museum, whose collections
span almost four thousand years from Ancient Egypt to the great
painters of the Middle Ages, Renaissance and Baroque, the exhibition
also provides a unique opportunity to consider and examine Freud’s
interest in the art of the past. Growing up in Berlin between the wars,
his childhood home was decorated with prints of Old Master
paintings and drawings by Dürer, Titian, and Pieter Bruegel the Elder,
including two seasonal landscapes from the Kunsthistorisches
Museum in Vienna, Hunters in the Snow and The Return of the Herd,
a gift to the young Lucian from his grandfather Sigmund.

Freud knew the collections of the Kunsthistorisches Museum well.
Among the works by his favourite artists – among them Franz Hals,
Hans Holbein, Rembrandt, Peter Paul Rubens, and Diego Velázquez,
in addition to Bruegel, Dürer and Titian – he was particularly fond of
Giovanni Bellini’s Young Woman at her Toilet, painted when the
artist was in his mid-eighties, one of Freud’s favourite depictions of the
female nude. Freud himself requested that his paintings be shown
apart from the historical collections of the museum, in order that
viewers should be encouraged to form their own associations between
the two bodies of work.

Highlights of the exhibition include 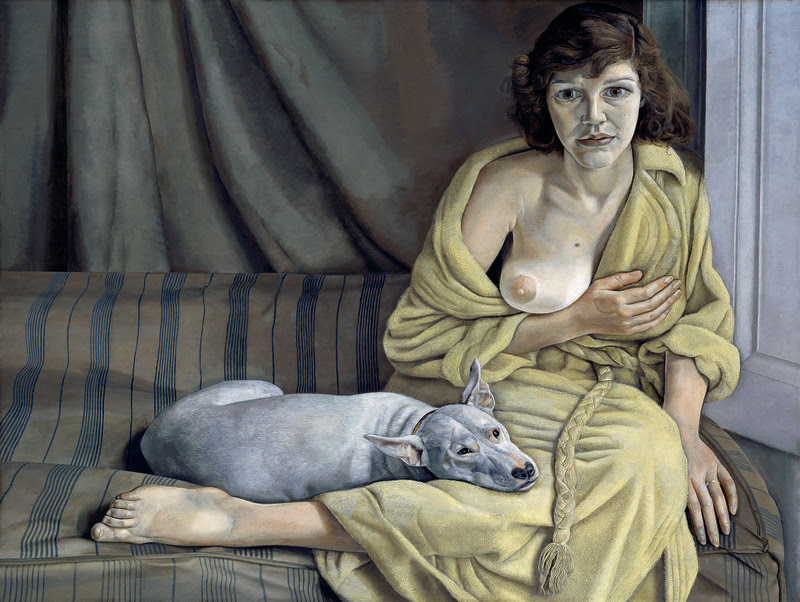 an unfinished self-portrait from 1956 (being shown for only
the second time in the last 30 years); 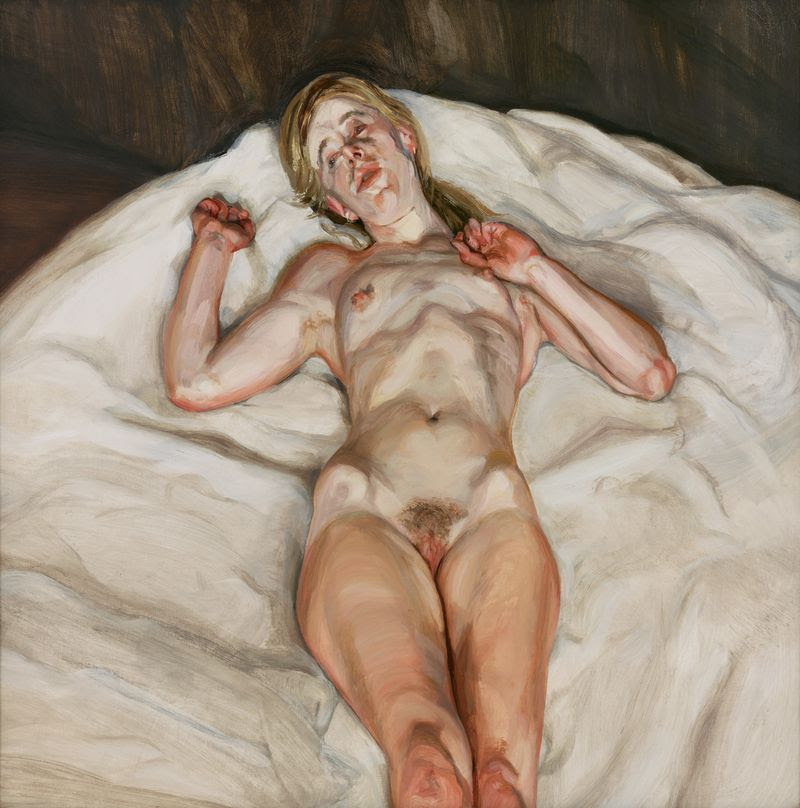 from the collection of actor Steve Martin); from the Hirshhorn Museum, Washington DC,

the Metropolitan Museum of Art, New York, and a US private collection; 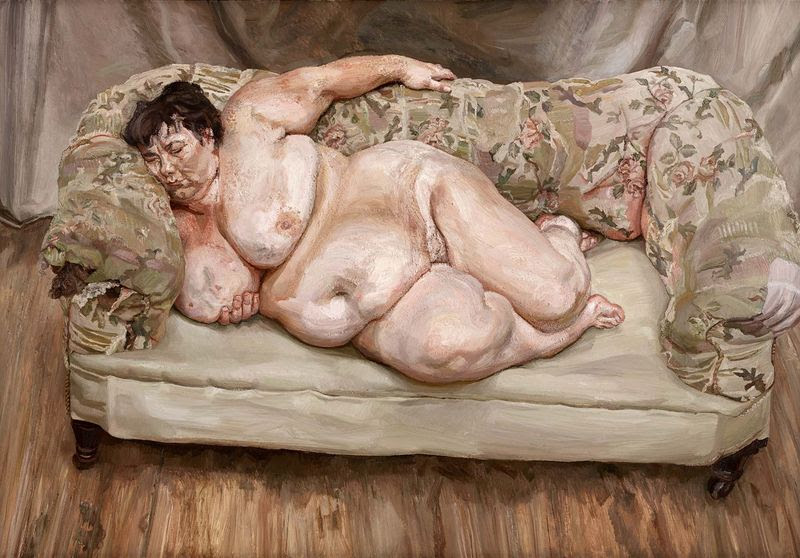 and his final masterpiece 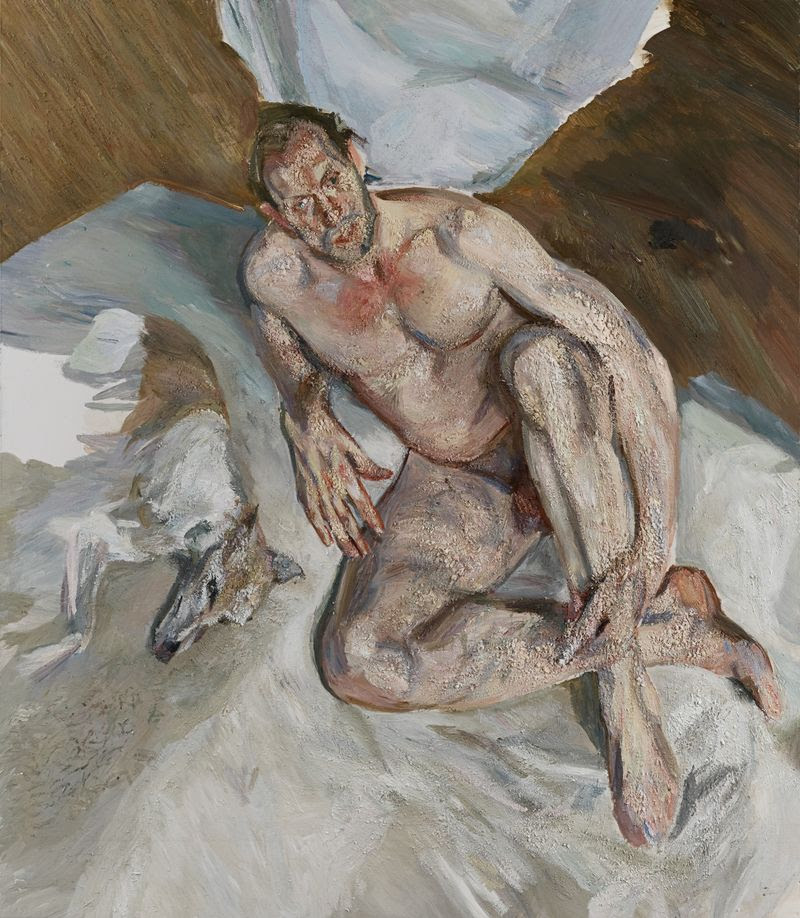 which was left unfinished at the time of his death.

Several major paintings that were not included in the artist’s recent
2011 retrospective at the National Portrait Gallery, London, will also
be presented in Vienna: among them, 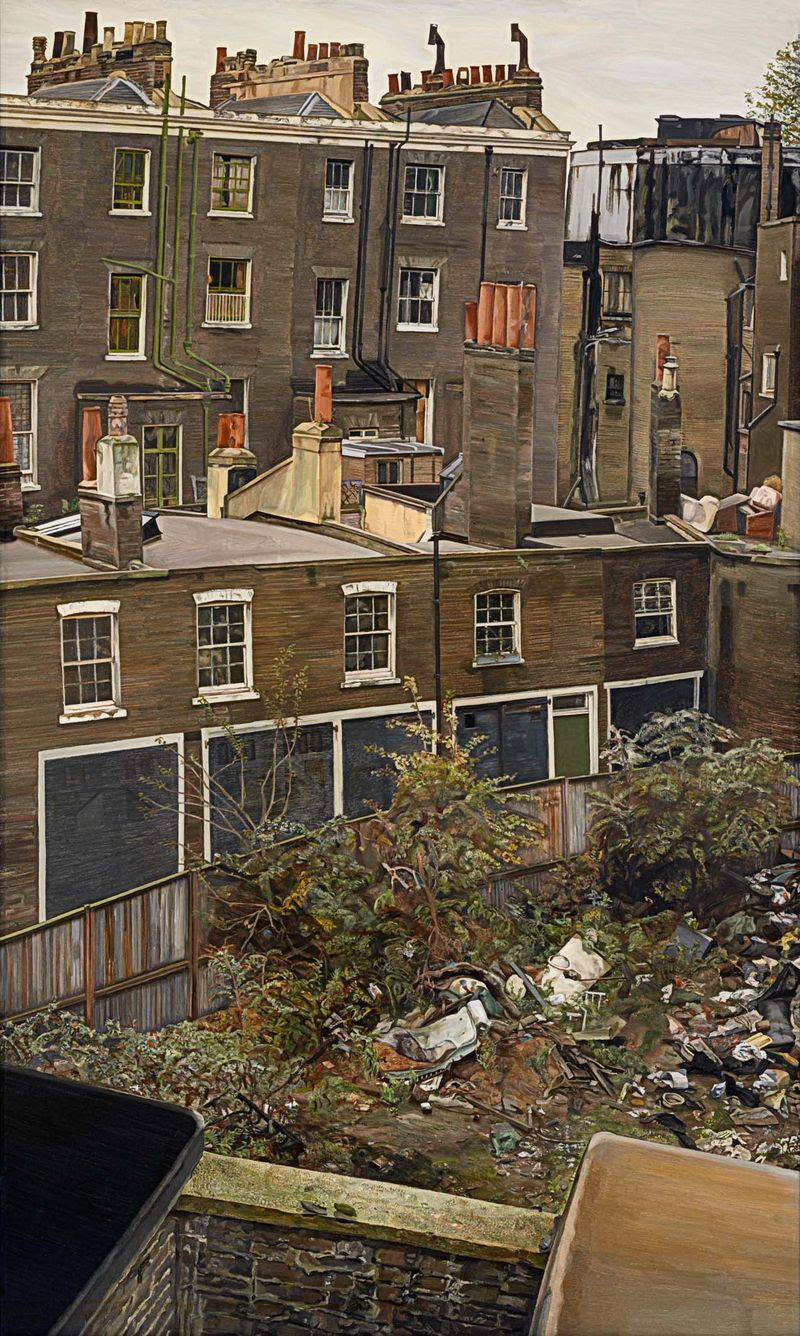 the still life Two Japanese Wrestlers by a Sink (1983–87) from the Art Institute
of Chicago; Naked Man, Back View (1991–92) from The Metropolitan
Museum of Art, New York;

and Freud’s largest and most ambitious self-portrait, the full-length naked 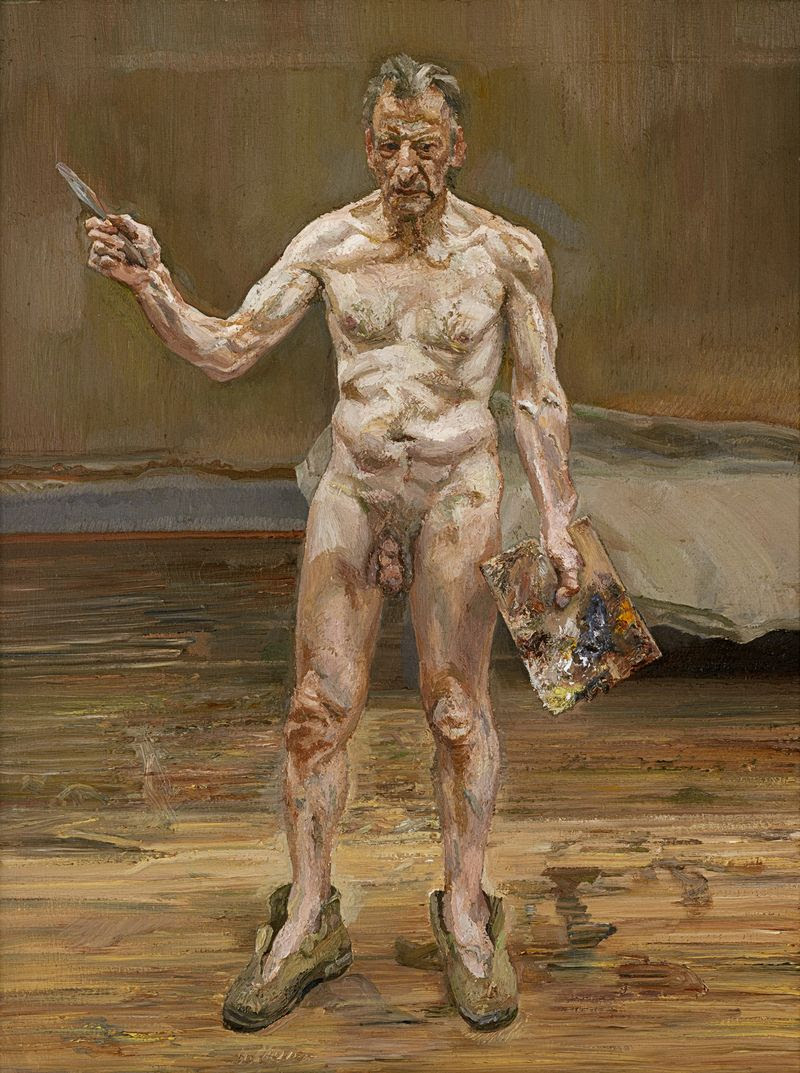 from an American private collection.

Also included in the exhibition is a specially-commissioned film, 15
minutes in length, featuring previously unseen footage of Lucian Freud
during the weeks before his death in 2011 shot by his assistant David
Dawson. It includes moving footage of him painting on what turned
out to be his last day of work.

The exhibition is curated by Jasper Sharp, Adjunct Curator of Modern
and Contemporary Art at the Kunsthistorisches Museum, and will be
shown only in Vienna. Essays have been contributed to the
accompanying catalogue by renowned curators from the Musée du
Louvre, Paris, the Victoria & Albert Museum, London, the Neues
Museum, Berlin, the Metropolitan Museum of Art, New York,
Dulwich Picture Gallery, London, the Henry Moore Foundation, and
the Kunsthistorisches Museum, Vienna.

To accompany the exhibition, the Kunsthistorisches Museum has
organized a comprehensive programme of lectures, talks, film
screenings, and guided tours. In addition, the Sigmund Freud Museum
in Vienna will present concurrently an exhibition of photographs by
Freud’s assistant David Dawson titled “Lucian Freud: In Private”
(October 9, 2013 – January 6, 2014).

Lucian Freud was born in Berlin in 1922, a grandson of Sigmund
Freud. His family moved to London in 1931, where he would live and
work for the rest of his life. He served in the British Navy during
World War II before committing himself to an artistic career.

Freud soon built a formidable reputation as one of the most
remarkable figurative painters of the twentieth century. His subjects,
many of whom were portrayed repeatedly over many years, included
his large family and circle of close friends, working-class associates
and blue-blooded aristocrats. Freud's work has been the subject of
major solo exhibitions at many of the world's most prestigious
museums, including the Tate, London, The Museum of Modern Art,
New York, the Centre Pompidou, Paris and the Museo Correr, Venice.
Lucian Freud died on 20th July, 2011. 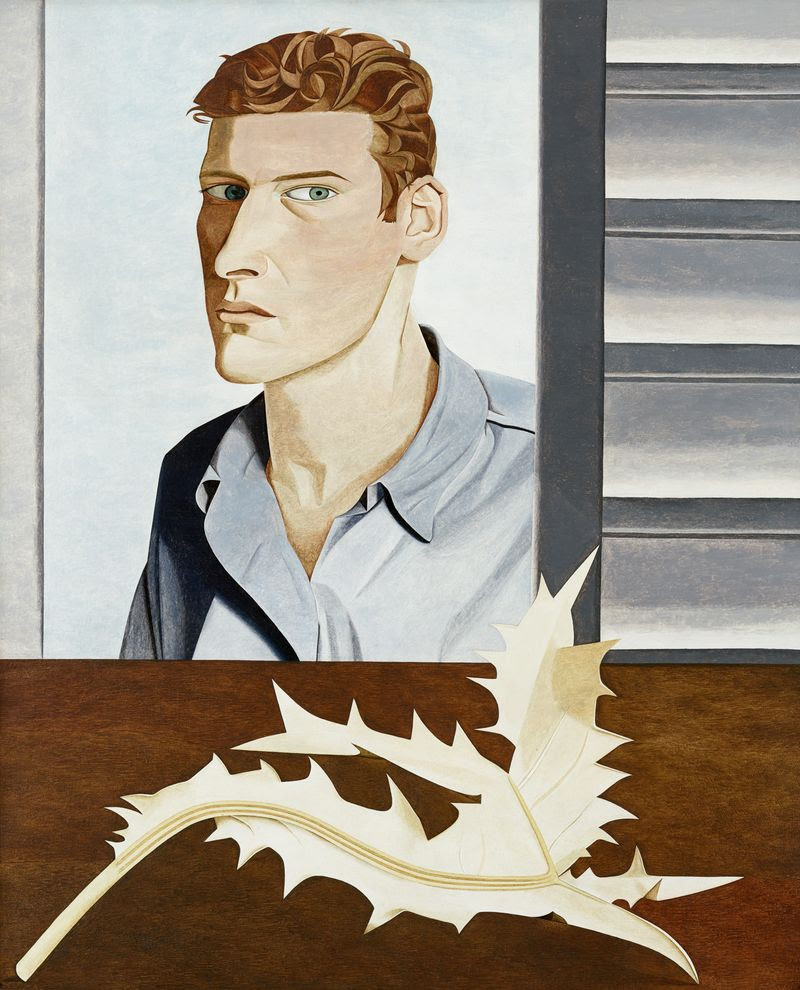 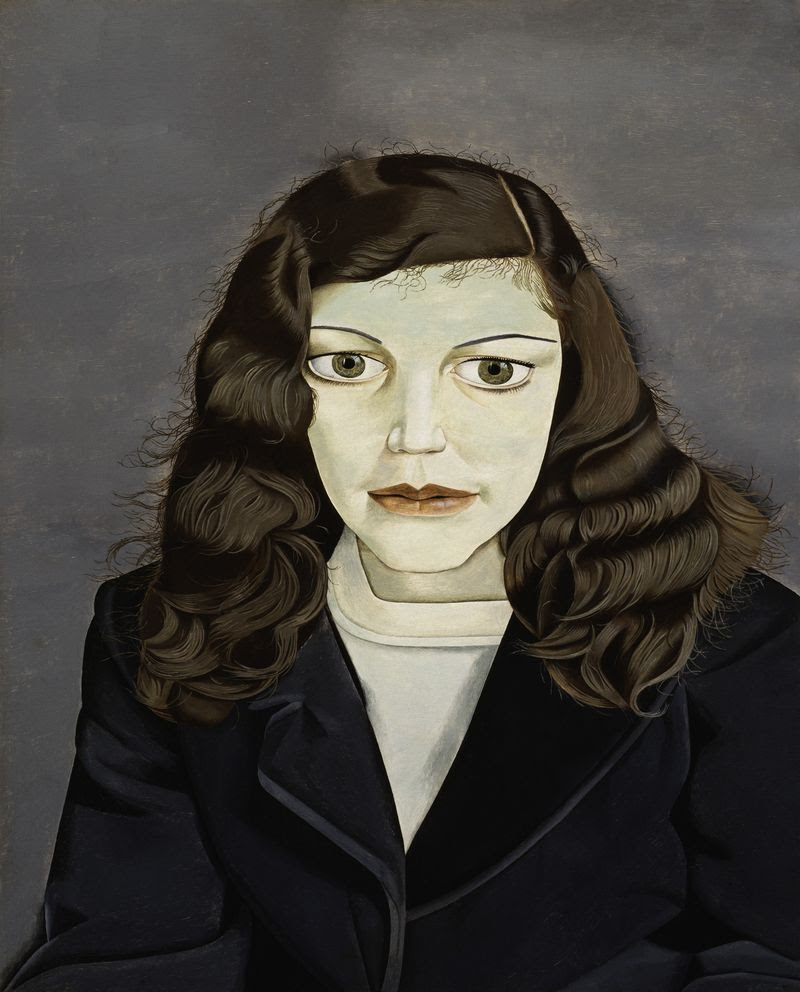 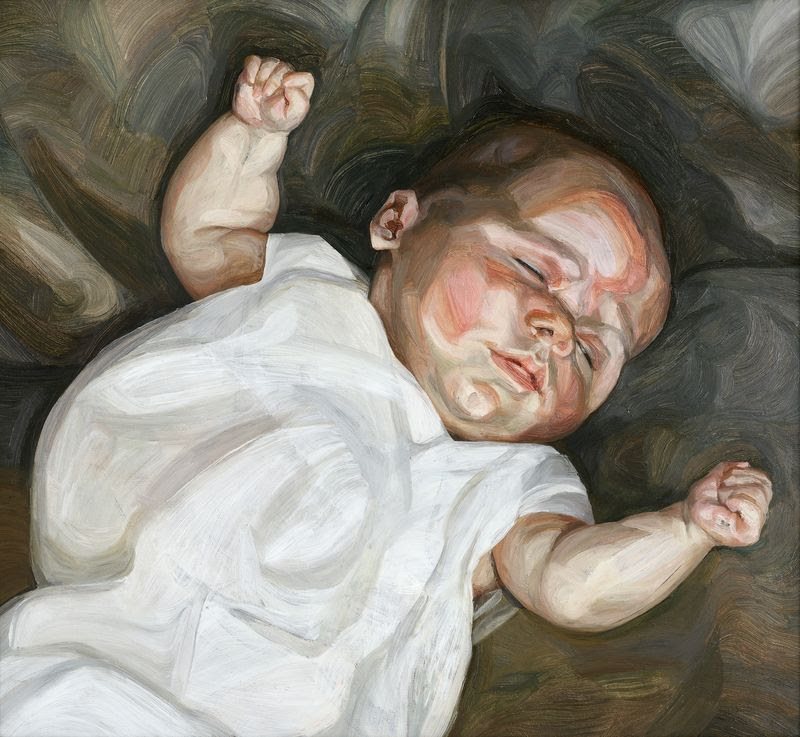 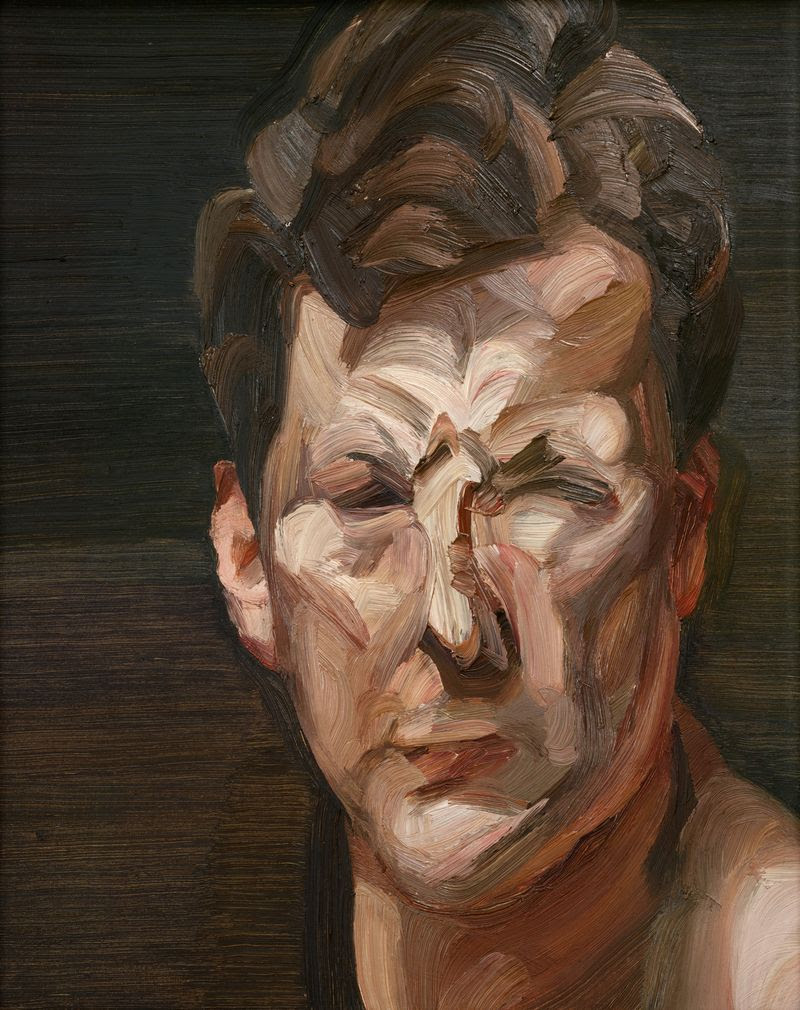 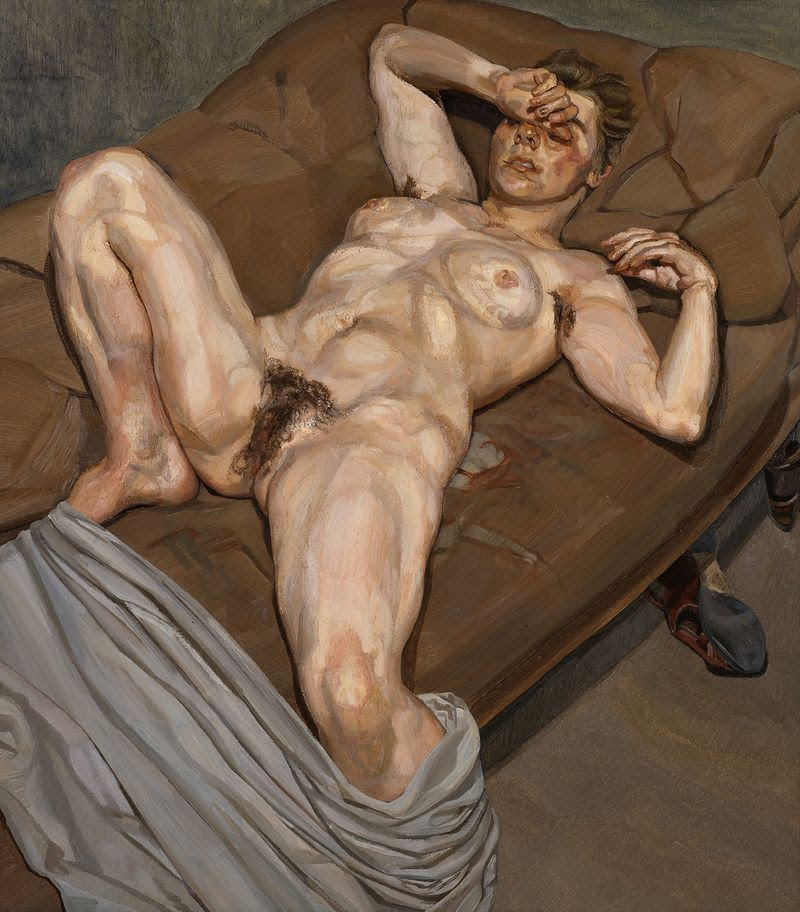 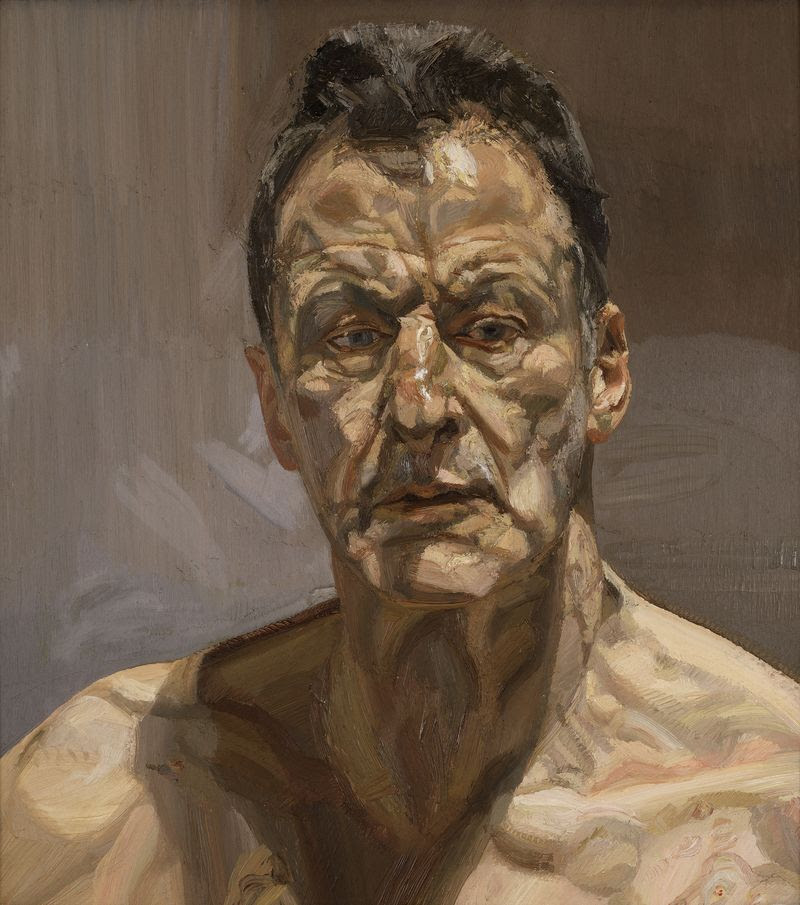 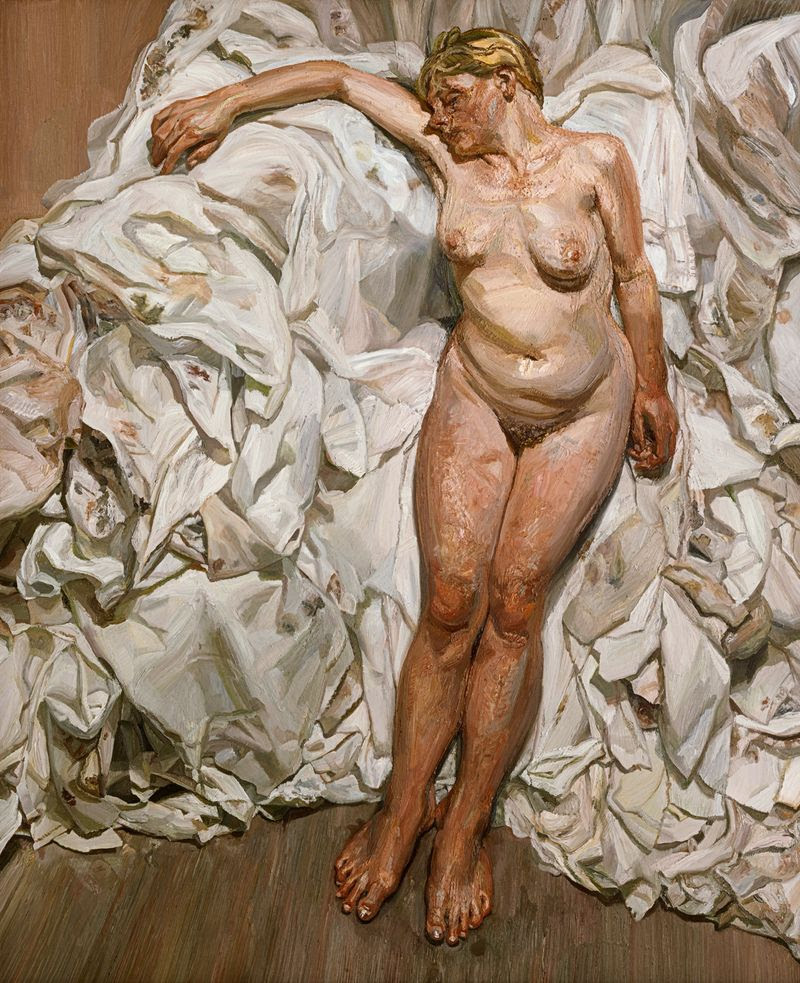 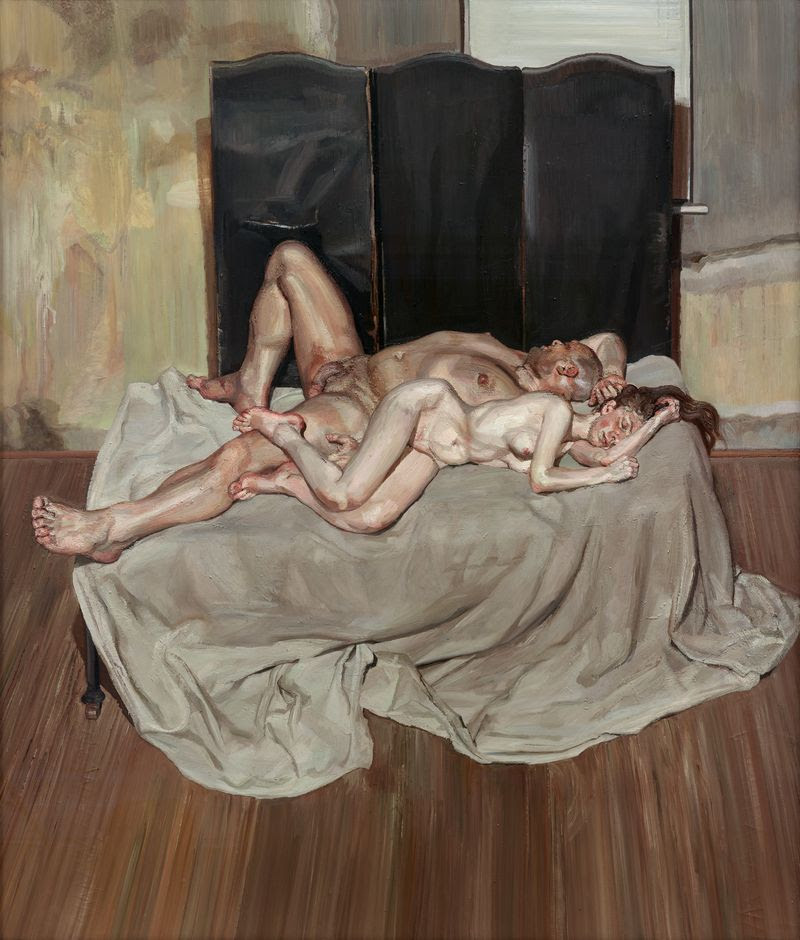 Posted by Jonathan Kantrowitz at 9:27 AM