Arthur Dove was one of the first American artists to experiment with complete abstraction. His unique, nature-inspired style developed independently from his modernist contemporaries, and his thematic concerns remained remarkably consistent throughout his life.

Dove was born in the Finger Lakes region of New York State, where his father was a brickyard owner and building contractor. He displayed an early interest in art and received his first painting lessons from a neighbor. At his father's insistence he attended Hobart College and Cornell University but continued to paint and draw. By the end of 1903, Dove was living in New York City and supporting himself as a free-lance illustrator for such popular magazines as Harper's, Scribner's, and The Saturday Evening Post.

An eighteen-month stay in Europe between 1907 and 1909 set the course of Dove's future career. While in Paris he met other young American artists who were influenced by well-known European modernists. In 1908-1909 Dove's work was accepted for exhibition alongside the more radical fauve artists in the Salon d'Automne. Dove's European canvases were generally brightly colored abstractions that retained realistic elements.


After his return to New York City Dove's paintings became more muted and his work began to move beyond the conventions of realism. In 1910 he was invited to exhibit in a group show at the New York gallery of influential photographer and dealer Alfred Stieglitz. Two years later, Stieglitz showed Dove's first series of completely nonobjective paintings. Dove continued to exhibit at Stieglitz's galleries throughout the 1920s. During these years Dove also experimented with assemblages using found objects. From the 1930s onward his primary patron was the collector Duncan Phillips. In addition to painting abstract images or "essences" of nature, Dove sought to capture ephemeral effects such as wind and sound. Although his financial situation was often in flux, Dove painted and exhibited consistently throughout his career.

Arthur Dove painted Arrangement est. $600/800,000) in 1944, two years before his death, during a period in which he was approaching his work with a new intensity and focus. Following a heart attack, Dove was diagnosed with a kidney disorder that left the artist housebound for the rest of his life. Ironically, this setback yielded the most fully-developed and forward-looking work of his career. Arrangement, like other works from this fruitful period, represents the culmination of Dove’s unique synthesis of nature and abstraction and comprises sculptural, biomorphic, three-dimensional and overlapping shapes. 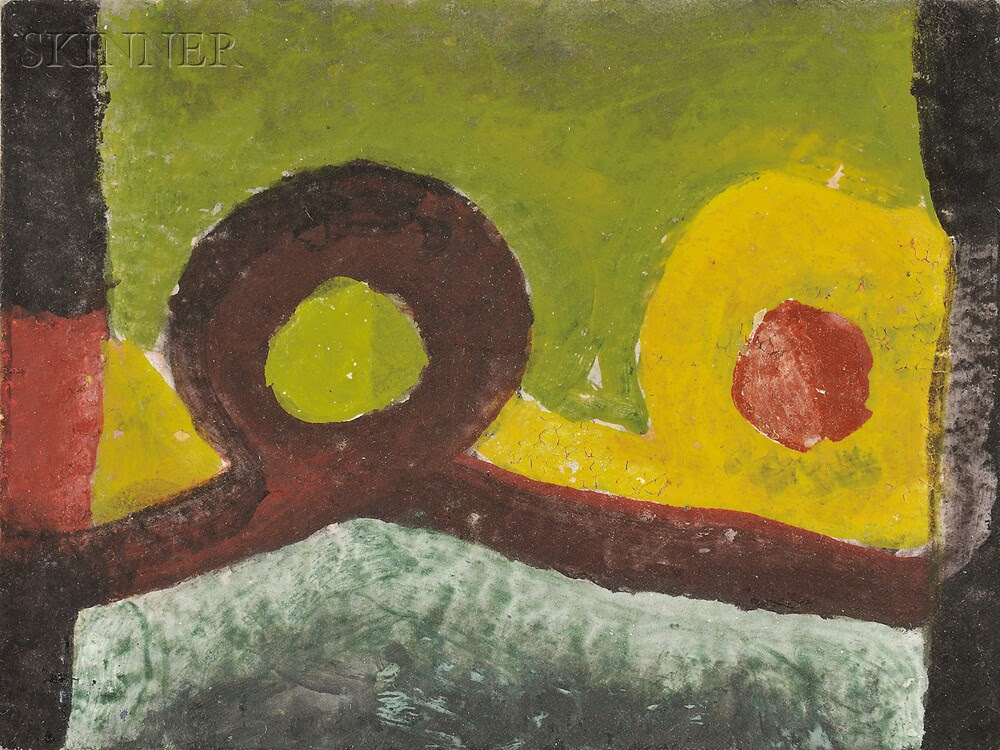 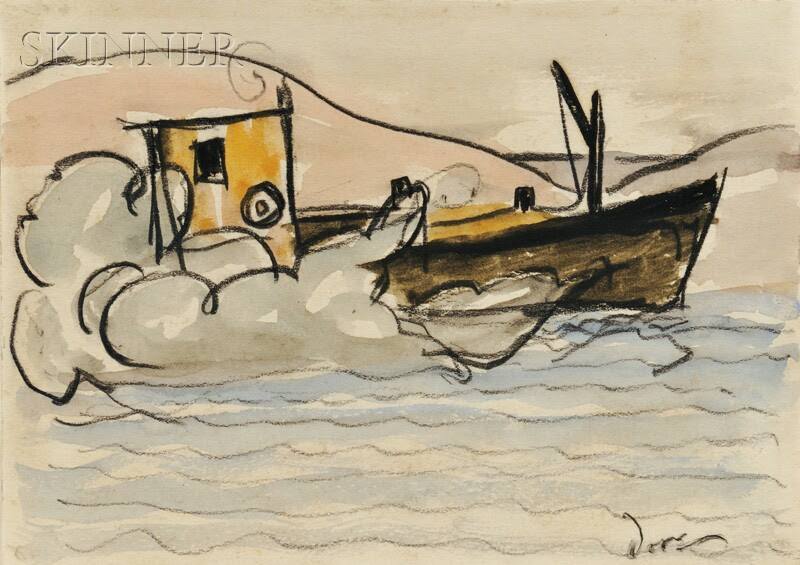 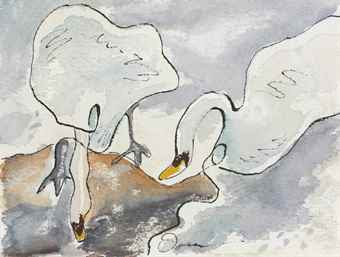 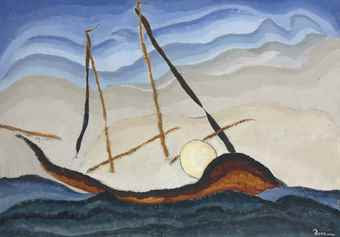 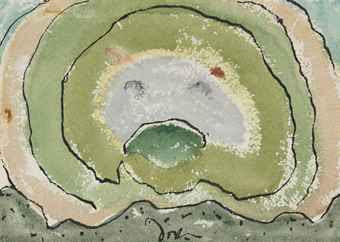 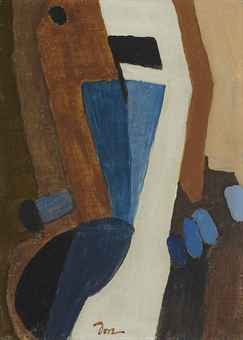 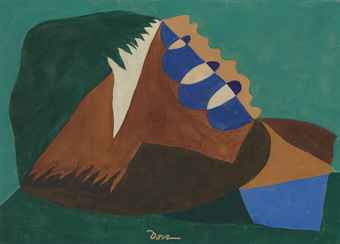 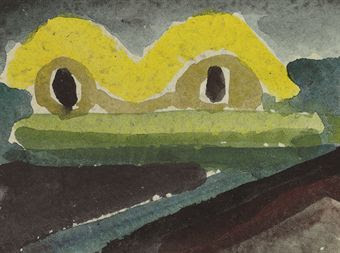 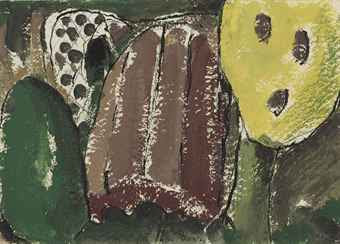 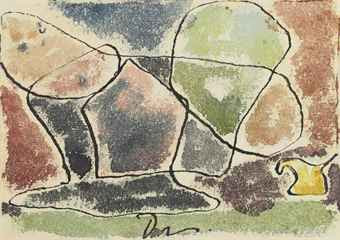 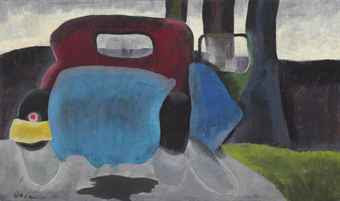 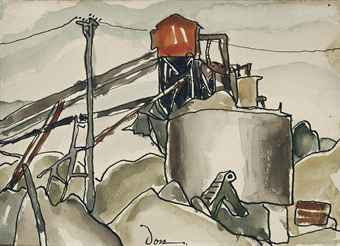 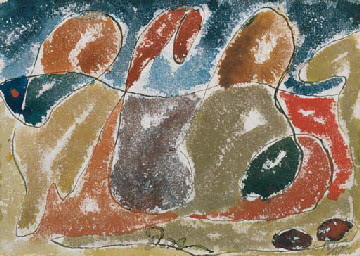 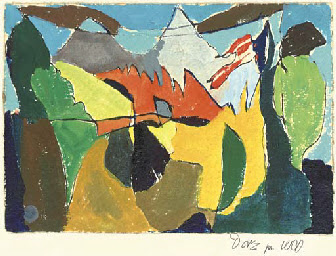 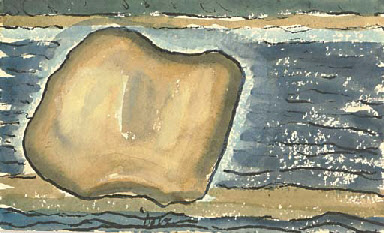 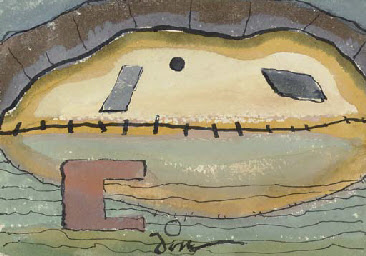 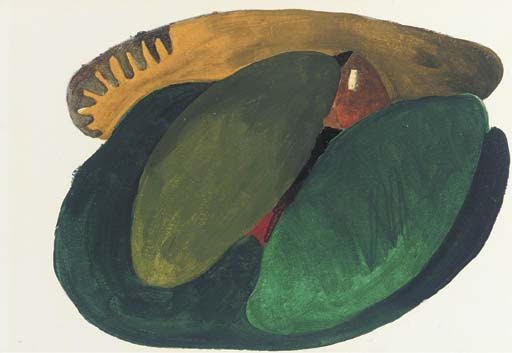 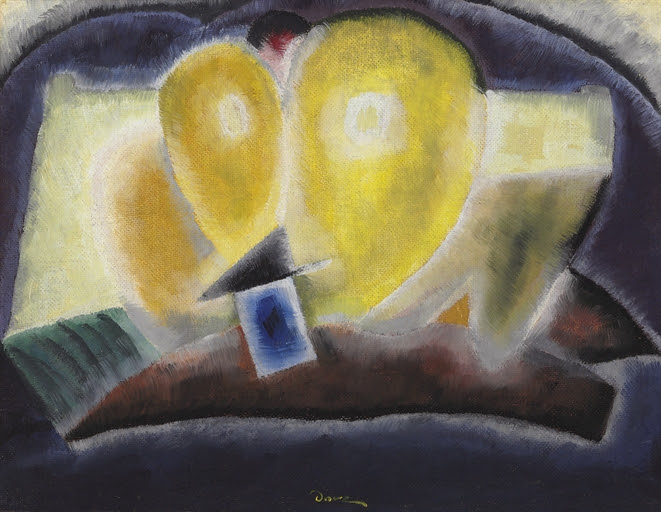 Posted by Jonathan Kantrowitz at 10:27 AM