GÉRICAULT. IMAGES OF LIFE AND DEATH


From October 18, 2013, to January 26, 2014, the Schirn Kunsthalle Frankfurt presents the first solo exhibition on Théodore Géricault (1791–1824) in Germany. The short-lived painter was one of the great masters of nineteenth-century French painting, and is considered a forerunner of French Romanticism.

Géricault’s pictures exude an almost ebullient force of life, which always stands with one foot next to the abyss. With roughly 130 loans from Paris, Lyon, Montpellier, Ghent, Brussels, London, New York, Los Angeles, and elsewhere the wide-ranging Frankfurt exhibition focuses on two of the French artist’s core thematic complexes: the physical suffering of modern man, most impressively expressed in his pictures of severed heads and limbs linking life and death, and his psychic torments, masterfully illustrated in Géricault’s portraits of monomaniacs. In a focused overview these two groups of works are placed in the context of his oeuvre as well as in the art of his time, thus shedding new light on Géricault’s intellectual assumptions and his connection to the history of medicine and illustrating the reciprocal relationship between art and science.

The exhibition, curated by Gregor Wedekind, presents Géricault’s novel, observant vision of the fate of modern man, and gives an impression of the artist’s radical realism, which assures him a crucial position in the history of European art. Situated midway between the unsentimental perspective of science and the Romantic fondness for the unfathomable, Géricault’s profoundly human pictures call into question our traditional understanding of realism and Romanticism as mutually exclusive styles of his epoch.

Of particular note is the presentation in Frankfurt of four of Géricault’s five famous Monomaniacs. Such a presentation was possible only once before, in 1991 at the major Géricault retrospective in Paris’s Grand Palais. The missing fifth portrait, which cannot be loaned, is replaced by a painting created specifically for the present exhibition by the South African artist Marlene Dumas (born 1953), who currently lives in Amsterdam. In an impressive and surprising way, her work serves as a contemporary counterpoint to Géricault’s masterpieces.

In his brief lifetime Théodore Géricault, born in Rouen in 1791, produced an extensive oeuvre, one that includes a number of masterworks. Above all there is the

Raft of the Medusa from 1819 (never loaned by the Louvre),

in which the artist, in an empathetic dramatization, turned to an existential event that shows men exposed to their physical limitations. By turning the event into a history painting, Géricault added fuel to the political scandal surrounding the fact that the French government failed to rescue the castaways from the shipwrecked frigate Medusa. A tendency toward extremes characterized Géricault’s personal life as well. He became involved in a hopeless love relationship with his uncle’s wife, and his avid devotion to riding led to several falls from his horse, as a result of which he died in 1824, after extreme suffering, at the age of thirty-two.

The exhibition’s curator, Gregor Wedekind (Johannes Gutenberg-University, Mainz) adds: “The art of Théodore Géricault is characterized by struggle and strength. Its struggle had to do with his attempt to capture life. Its strength lies in its readiness to wager all on a single card. Juxtaposed with works by Goya, Delacroix, and Menzel, the artist’s works in this exhibition show his painstaking observation and determined exploration of the tragic fate of modern man. Out of these he produced his pictures of life and death, which in their radical realism occupy a key position in the history of European art.”

The exhibition, organized by the Schirn Kunsthalle Frankfurt and Museum for Fine Arts, Ghent is divided into four subject areas: The first group of works, under the title “Battles,” brings together Géricault’s early depictions of warfare, especially his engagement with the fate of soldiers, shown here on the basis of important studies for the large-format paintings

both in the Louvre, as well as

The Return from Russia (1818) in the Bibliothèque Nationale de France, Paris.

In addition to subjects related to war and battle there are also some of his few works devoted to relations between man and woman, including

The artist formulates the sexual encounter between the sexes as a potentially or actually violent one in part in the guise of myth and in such a way that it is scarcely to be distinguished from a wrestling match. These motifs relating to battles are complemented by other works in this first section—above all the masterful lithographs from his London suite (1821, Bibliothèque Nationale de France)—that deal with such issues as class struggle, racial conflict, the life-and-death struggle between man and beast, etc.

The second section is devoted to Géricault’s study of “Bodies.” With it the painter perfected his ability to depict figures, of course, but more importantly he early on sought to enhance the expressive potential of the body, to translate the effects of an existential experience like shipwreck into body language. His pictures of anatomical fragments in still-life arrangements can be compared to traditional medical and painterly anatomical illustrations like those of Jacques-Fabien Gautier d’Agoty (1748), Jacques Gamelin (1779), or George Stubbs (1756–58, Royal Academy of Arts, London).

One sees the degree to which Géricault broke from traditional iconography and previous moralizing depictions and developed a highly independent approach, one informed by the greatly expanded anatomical knowledge of the human body in his day as well as the increasing influence on artists of medical lectures. The disgusting is by no means prettified, yet his art lends it force and beauty, thanks to which the viewer is led by death to a more intense feeling of melancholy. As in The Raft of the Medusa, in these body fragments the viewer is not confronted by the realism of the anatomy amphitheater but rather by a shifting of the disgusting and nauseating into the realm of aesthetics. Géricault’s approach has nothing to do with a fascination with morbidity; his intention was to do justice to contemporary experiences of reality.

In his studies of heads Géricault leaves behind the earlier tradition of the tête d’expression going back to Charles Le Brun, that is the lore surrounding the interpretation of facial expressions. Instead, he attempts to combine the achievments of anatomical researches in his time with a psychological penetration of the subject. In this he was surely influenced by the physiognomy of Johann Caspar Lavater as well as by phrenology, which suddenly became the rage all across Europe at the beginning of the nineteenth century. Its pseudo-scientific investigations into the relationship between one’s aptitudes and and the shape of one’s head culminated in the measurement and mapping of the skull—cranioscopy—and had a major influence on art. But Géricault was not inclined to such schematization. His interest in the living took into account the psychological as well as the social aspects of human existence. In his depictions of severed heads, finally, as clinical as they are unflinching, the artist maximized the violent aspect of death as dealt with in medicine as well as in its political or judicial uses and the horror in its effect on the viewer. What interested him here was precisely what could not be ascertained by medicine or accepted politically. Géricault painted pictures beyond pictures and portraits beyond portraits, in the sense that he tried to make visible spiritual states beyond systematic readings of the passions.

His most radical step in this direction is represented by his five portraits of the mentally ill, which are the focus of the fourth and last section of the exhibition titled “Crises.” 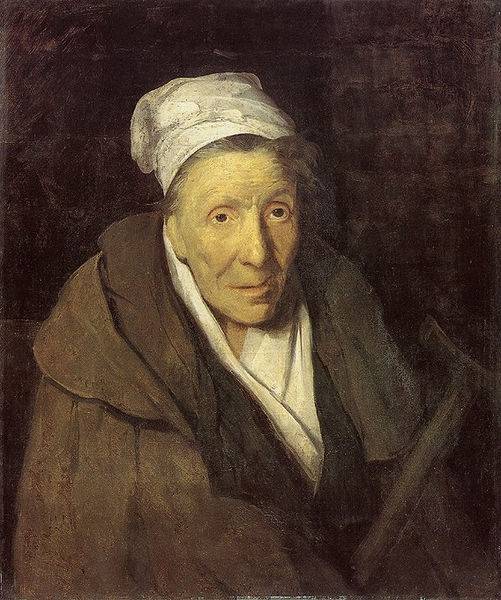 Four of his famous Monomaniacs have been brought together from the Museum for Fine Arts, Ghent, the Musée des Beaux Arts in Lyon, Paris’s Louvre, and the Michele and Donald D’Amour Museum of Fine Arts in Springfield, Massachusetts. These are supplemented by a contemporary work by Marlene Dumas (Monomania of Military Command, 2013). In their vacant expressions the portraits of monomanics illustrate the tipping point arrived at by modern man subjected to excessive anxiety. Géricault’s art can be seen in the context of a change in the treatment of psychic illnesses around the turn from the eighteenth to the nineteenth century. Instead of the physical restraint previously imposed on psychiatric patients, a more modern understanding of psychic disorders and therapies employed in their treatment brought about a wholly new perception of such patients and accordingly a change in their position in society. To illustrate the direct connection between Géricault’s art and this revolution in the history of ideas and of science, his pictures are juxtaposed with medical depictions of madness. In addition to drawings, illustrations, and individual paintings by other artists, one can also see here the first photographic representations of psychiatric patients produced by Hugh Welch Diamond and Henry Hering around the middle of the nineteenth century.


Posted by Jonathan Kantrowitz at 9:41 AM