Rubens and His Legacy: Van Dyck to Cézanne

The Royal Academy of Arts will present the first major exhibition in the UK to examine Rubens’  influence on art history.  Rubens and His Legacy: Van Dyck to Cézanne  is an exploration of the artistic  legacy of Peter Paul Rubens (1577–1640), the most influential of Flemish painters.

The exhibition will bring together masterpieces by Rubens and the artists who were inspired by him, during his lifetime  and up until the twentieth century, including Van D yck, Watteau, Turner and Delacroix, as well as  Manet, Cézane, Renoir, Klimt and Picasso.

Rubens and His Legacy will present over 160 works, comprising paintings, drawings and prints drawn from some of the finest collections world-wide. Each work has been carefully considered for its signific ance to Rubens’ legacy.

One of the most prolific and sought after artists of his day, Rubens had an international list of patrons that included members of some of the most important royal families in Europe, the aristocracy and the  Church. With an in-depth knowledge of Renaissance art, Rubens combined his studies of the Italian Masters to develop his own style of lively realism and rich brushwork, creating monumental and dynamic paintings. His great versatility and immense capacity to produce work meant that his creative output encompassed every genre of painting: altarpieces, family portraits, landscapes and historical  and mythological scenes.

While Rubens is most renowned for the depiction of his fleshy, sensuous  “Rubenesque” women, the exhibition will illustrate the breadth of his accomplishment and present a  artist whose visual language, from composition to theme, style and colour, impacted on artists at the  time and has had continued resonance for artists th roughout the centuries following his death.

Rubens and His Legacy will be presented by six themes encompassing Poetry, Elegance, Power, Lust, Compassion and Violence. Each theme will link the work of Rubens to subsequent generations of great  artists; starting with his assistant Van Dyck to Boucher and Watteau in the 1700s, Delacroix,  Constable, Manet and Daumier in the 1800s, to Cézanne and Picasso 300 years after Rubens’ death.

Where Poetry is the main theme, landscapes and bucolic scenes by Rubens such as 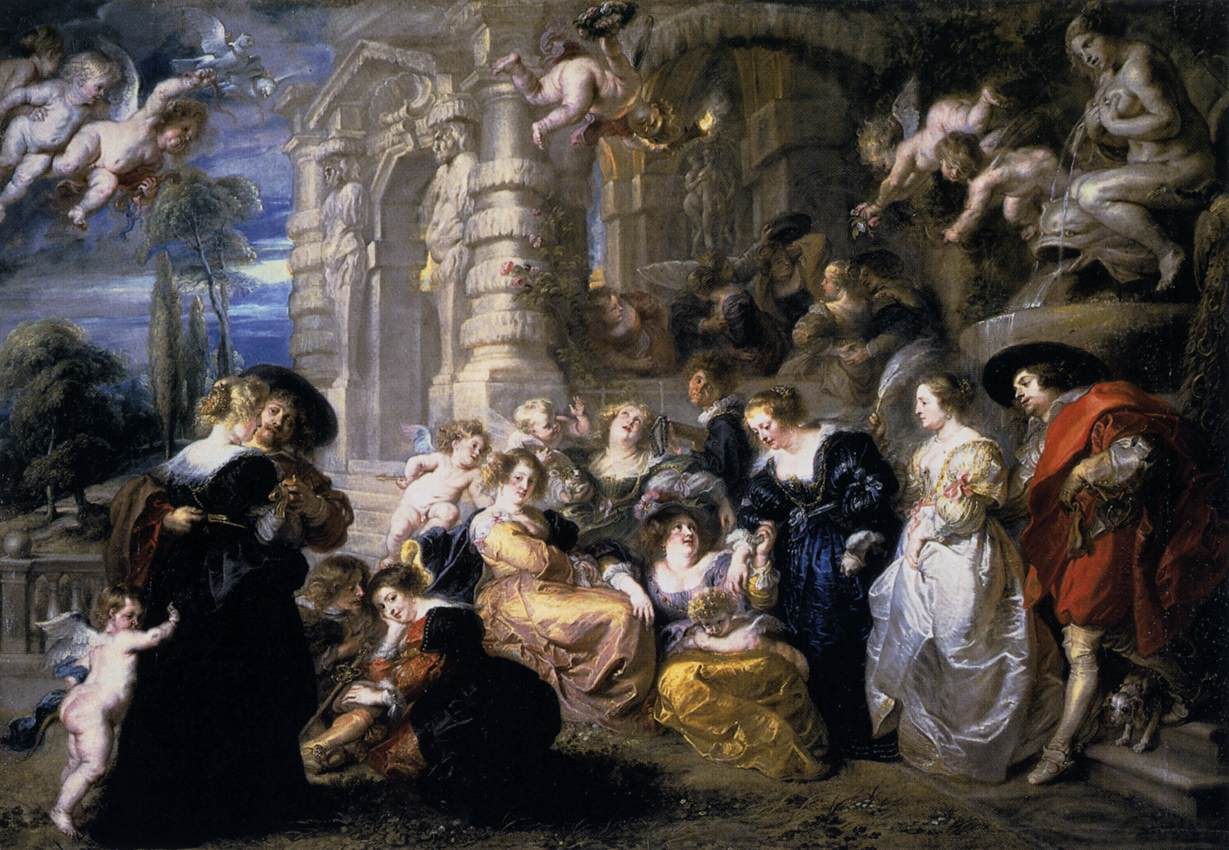 The Garden of  Love, c .1633, will be displayed alongside paintings including 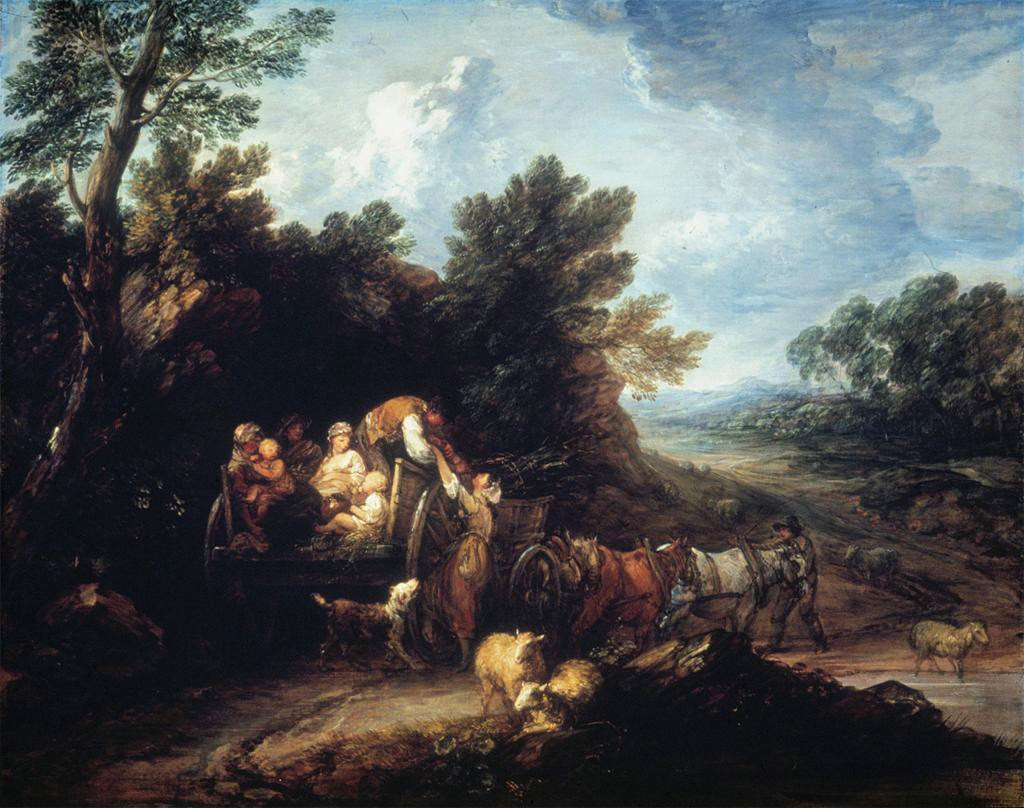 Cottage at East Bergholt, c .1833 by Constable and

A series of portraits will be presented within the theme of Elegance, including 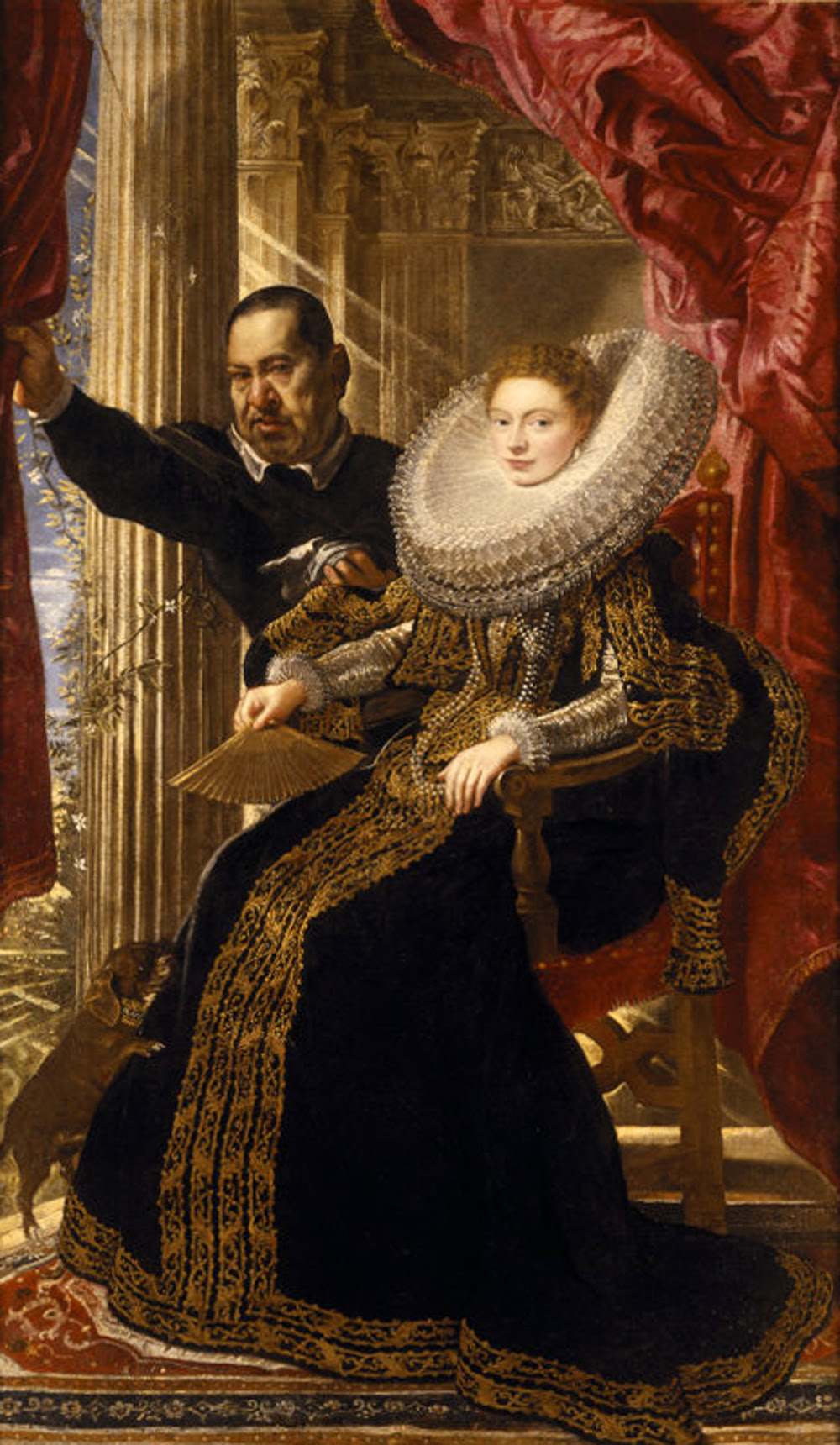 Marchesa Maria Grimaldi and her Dwarf, c .1607 by Rubens,

A Genoese Noblewoman and Her Son, c .1626 by Van Dyck and 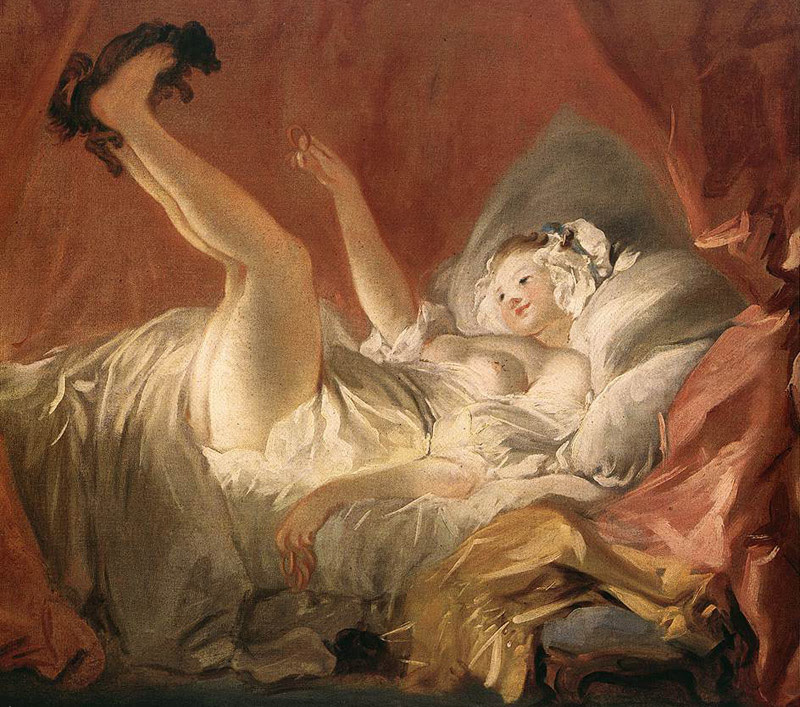 The section on Power will comprise history paintings by Le Brun and Jordaens, including

Ruben's Triumph of Frederik Henry, c. 1650-51, as well as works by Latour, Thornhill and Verrio. 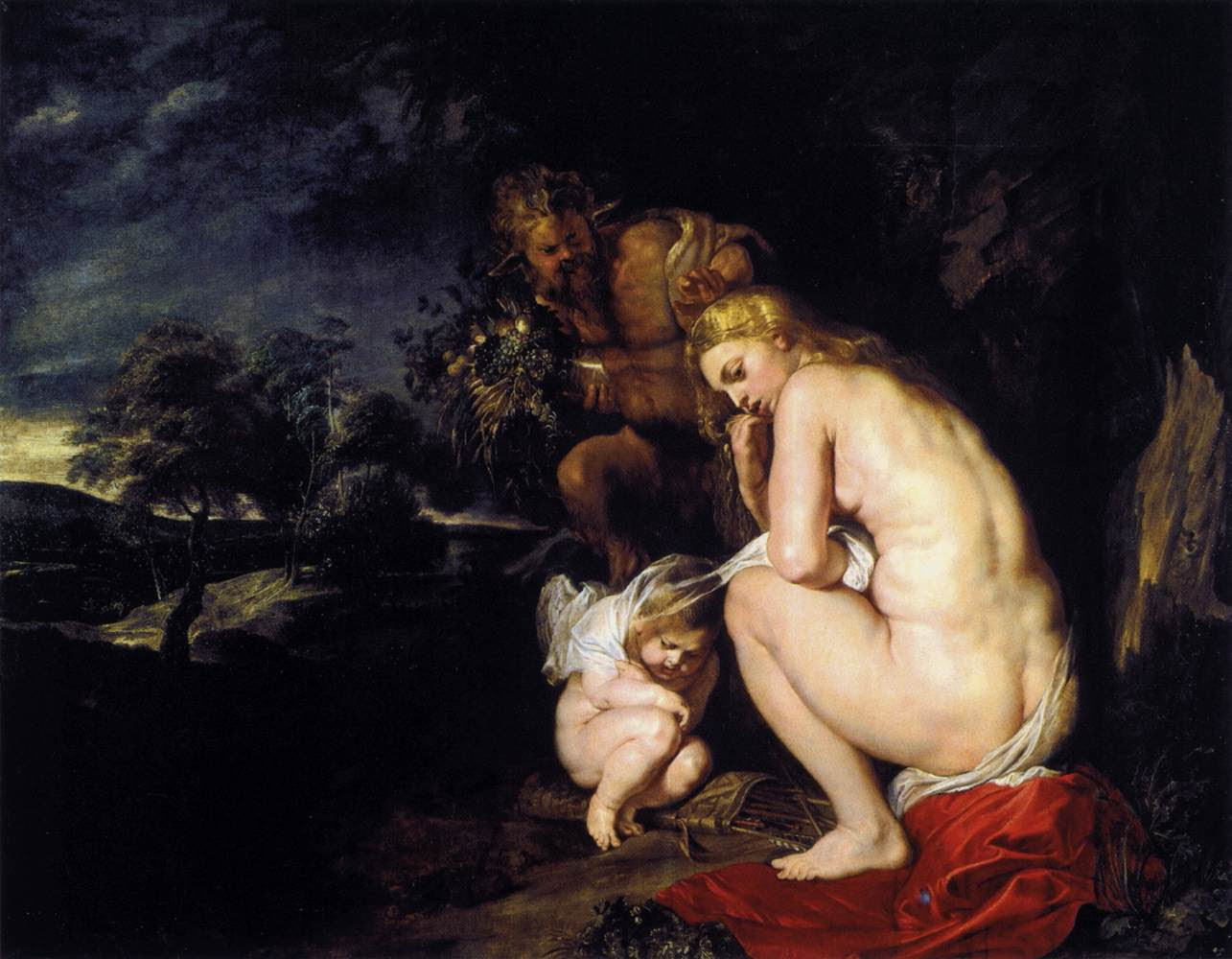 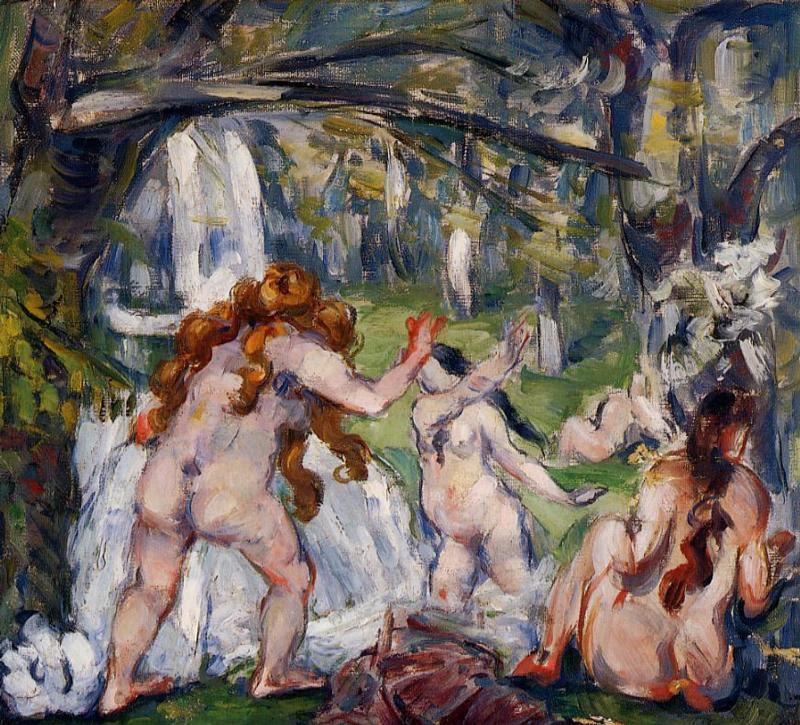 Picasso’s Faun Uncovering a Sleeping Woman,  1936 will be represented in the  section on Lust , as well as works by Manet, Daumier and Renoir.

A selection of prints and paintings examining religious themes including 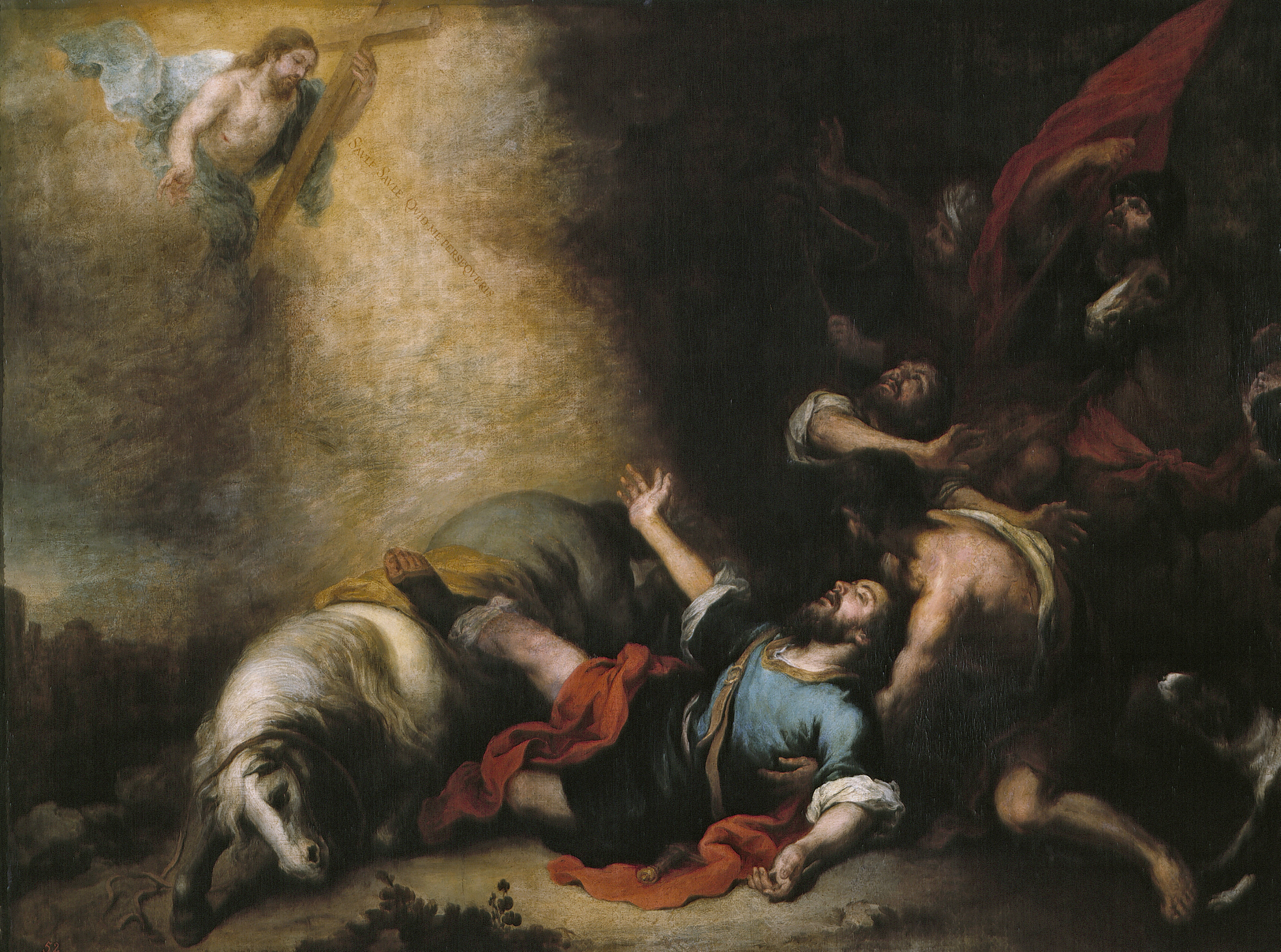 Crucifixion, 1846 by Delacroix will be on  display in the galleries that examine the theme of  Compassion. 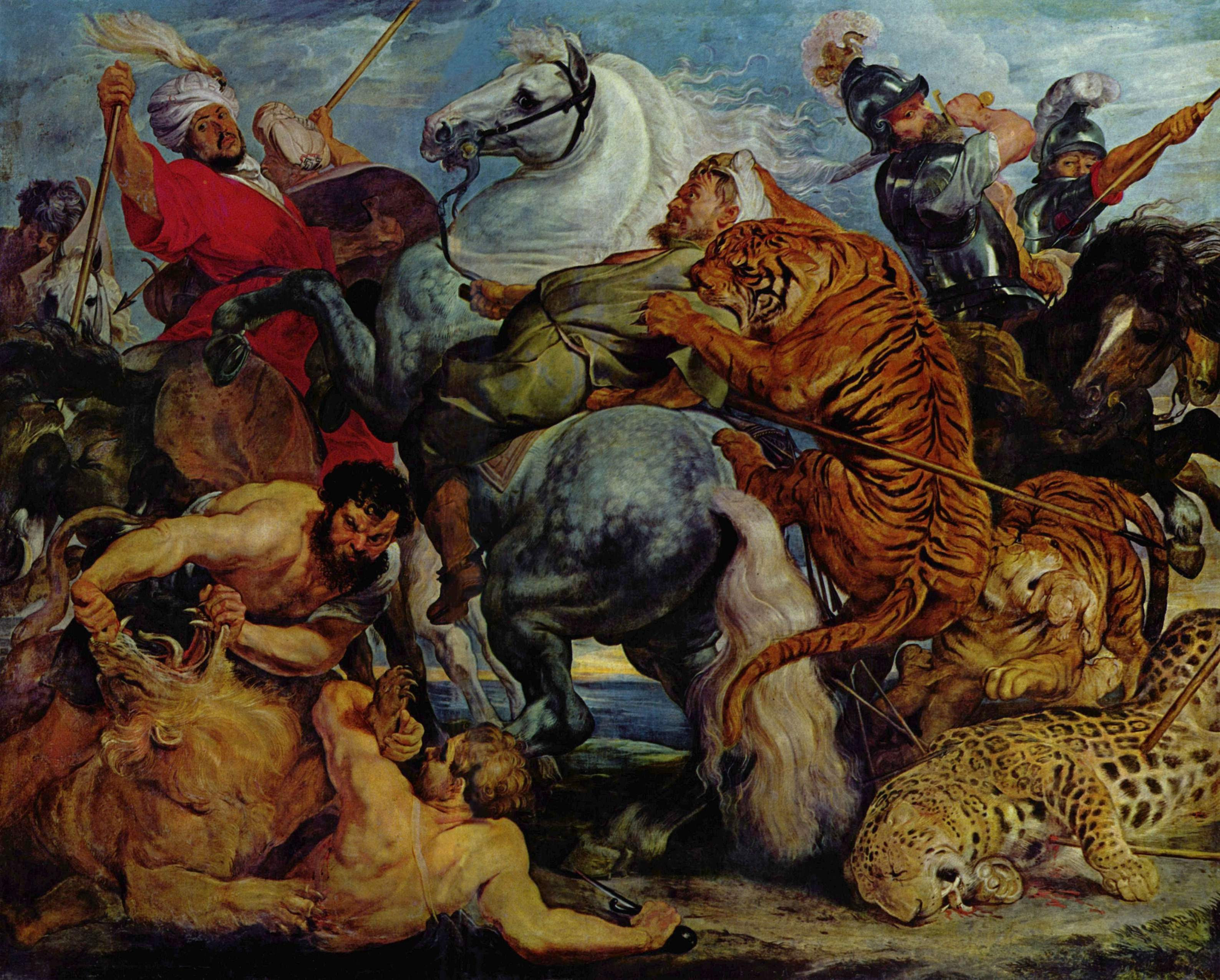 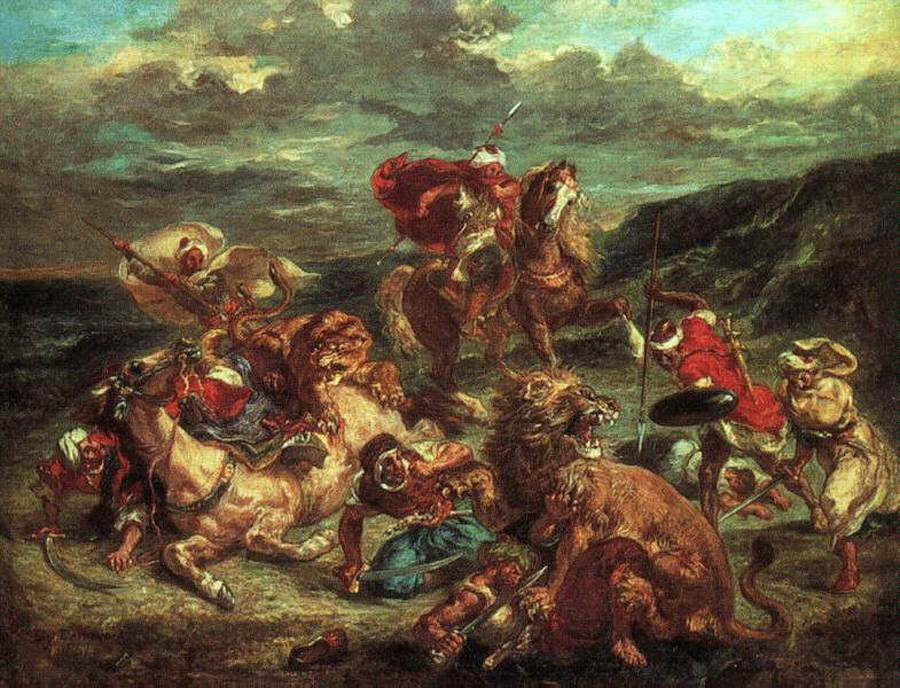 Dr Nico Van Hout, curator of the exhibition says, “ It is no coincidence that Delacroix, Vigée-Lebrun, Reynolds and Renoir devoted fascinating discourses, journal entries and letters on the virtuosity and confidence of Rubens’ brushwork, as many artists were trained by seriously studying his altarpieces, allegories, portraits and landscapes. Each artist focused on different aspects of his oeuvre and the works in this exhibition show the great variety of this impact: they include exact copies, creative copies, pastiches and quotations to works that only echo Rubens’ style. Only the best artists were able to translate Rubens’ visual language into a pe rsonal idiom and we are delighted to bring together such a rich selection of works to showcase the ongoing strength of Rubens’ legacy throughout the  past three centuries.”

Peter Paul Rubens was born in Siegen in Westphalia  (now Germany) in 1577 into a middle-class family. Following his father's death in 1587, the family moved to Antwerp, in the Southern Netherlands ,  where Rubens received an education and artistic tra ining, serving as an apprentice to several  established artists.

In 1600, Rubens traveled to Italy, where he saw paintings by Renaissance Masters  including Raphael, Michelangelo, Titian, Tintoretto , Mantegna and Veronese. Rubens’ patron in Italy was the Duke of Mantua, Vincenzo Gonzaga, who commissioned works and also financially supported  his travels, although Rubens was able to accept works by other patrons.

Rubens returned to Antwerp  in 1608, where he married Isabella Brant and established his own studio with a staff of assistants. His  most famous pupil was the young Anthony Van Dyck, who soon became the leading Flemish portraitist  and collaborated frequently with Rubens.

Soon after his return to Antwerp, Rubens was appointed court painter to Archduke Albert and Archduchess Isabella, who governed the Spanish controlled Southern Netherlands, and he was also considered an ambassador and diplomat. In a time of social and economic recovery after war, Antwerp's affluent merchants were building their private art  collections and churches were refurbished with new  art. As a result, Rubens was able to accept  commissions from whomever he chose.

Following the death of his wife, Isabella, in 1626, Rubens  travelled for several years, combining his artistic career with diplomatic visits to Spain and England on  behalf of the Netherlands. When he returned to Antwerp five years later, he married his second wife, Hélène Fourment, who inspired many of the voluptuous figures of his paintings in the 1630s and  although major works for international patrons still occupied him, Rubens also explored more personal  artistic directions. After a prolific career spanning forty years, Rubens died of heart failure on 30  May1640 and was interred in Saint Jacob's church, Antwerp.

Rubens and His Legacy: Van Dyck to Cézanne has been organised by the Royal Academy of Arts,  London, the Royal Museum of Fine Arts, Antwerp (KMS KA) and BOZAR (Centre for Fine Arts),  Brussels. 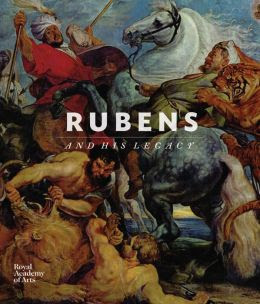 Rubens and His Legacy: Van Dyck to Cézanne will be accompanied by a fully illustrated catalogue.  Authors include Nico Van Hout, Alexis Merle du Bourg, Gerlinde Gruber, Arturo Galansino, David  Howarth, and Tim Baringer.
Posted by Jonathan Kantrowitz at 11:48 AM