Rubens in private. The master portrays his family


A unique exhibition was held on Peter Paul Rubens the portrait painter in the spring of 2015, . Even though Rubens is said to have disliked painting portraits with a passion, and painting portraits was not highly regarded in art theory either, Rubens is one of best portraitists of his time. These works were not commissioned but were a labour of love and served as keepsakes. For the first time, these amazing works are exhibited together, and not least at a place where they belong: Rubens’ former home in Antwerp, the Rubenshuis.

His finest and most intimate portraits are undoubtedly those of his relatives: both his wives – Isabella who died young and beautiful Helena –, his children, along with his sisters and brothers in law. And of course, the master also indulged in self-portraits.

Rubens in private. The master portrays his family was curated by international Rubens experts and includes some 50 paintings and drawings from top-ranking museums, including the Uffizi in Florence, the British Museum in London, the Musée du Louvre in Paris, the Hermitage in St Petersburg and the collections of the Prince of Liechtenstein, and the Royal Collection, generously loaned by her Majesty Queen Elizabeth II.

From an outstanding review :

One of the most captivating and tender paintings is of his five-year-old daughter Clara Serena (below right), who was his eldest child from his first marriage to Isabella Brant. The key aspect of the work, dating from around 1616, is the close-up of her smiling face and the way she looks directly at the viewer, or rather her father. 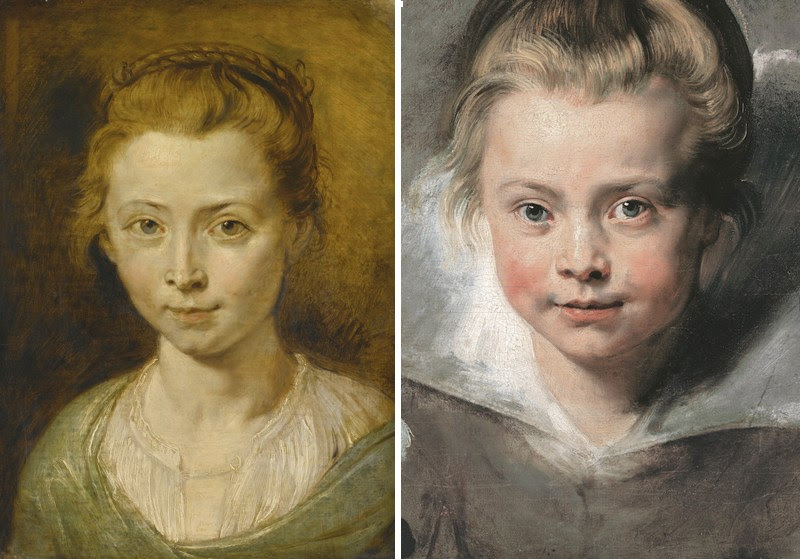 It is extraordinary how Rubens’ use of colour and oil captures her delicate features, from her rosy cheeks and fair hair to her asymmetrical eyes, one has a slight squint. He seems only interested in her beautiful face as her clothes lack fine detail; this is probably because he never intended to sell it. His affection for his daughter is what makes the portrait so personal, as well as universal. It is also particularly poignant because Clara Serena died just seven years later, in 1623, at the age of 12.

People queued up to see her timeless gaze. It had been thought it was the only remaining original painting of her. However, experts at the Rubens House, which is now a museum and study centre, recently announced that after painstaking research a second portrait of Clara Serena, initially thought to be a copy, is a work of Rubens. The oil on wood also hangs in the exhibition and experts believe it was painted just before or after she died. It is on loan from the Prince of Liechtenstein’s collection (above left). 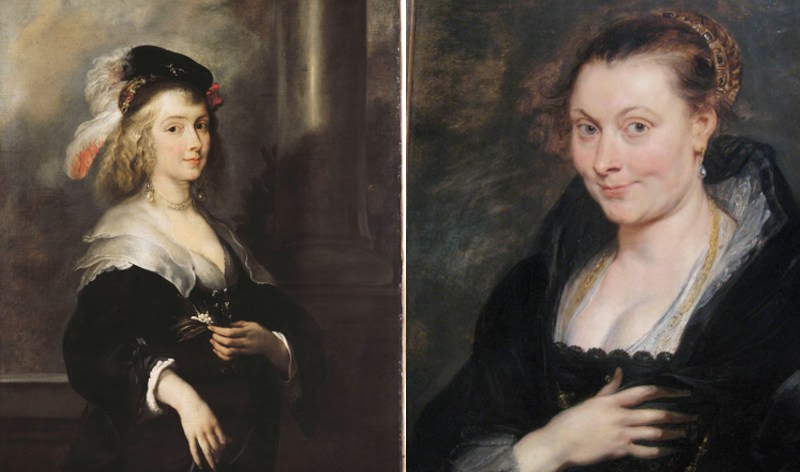 The master’s love for his family also radiates out in the intimate portraits of his adored wives and his seven other children. He married Isabella (above right)in 1609 and where he paints her smiling, there’s a suggestion she is sharing a private moment with him. The knowing looks are also captured in the portraits of Helena Fourment (above left), who he married four years after Isabella died in 1626. Rubens, who was 53, described his 17-year-old bride, as the “the most beautiful girl in Antwerp”.

The famous portrait of her wearing nothing but a fur wrap was painted on wood and is too fragile to be transported to the exhibition. A copy hangs on the wall.