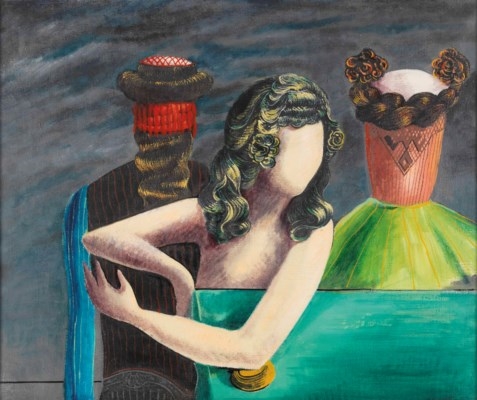 Max Ernst’s Les invités du dimanche (The Sunday Guests) (1924, estimate: £2,000,000 - 3,000,000) is one of a small number of Dada paintings in which the artist first attempted to move beyond the inspiration of the metaphysical paintings of Carrà and de Chirico and his own experimental work with collage .

In this work, Ernst made use of a series of printed images of women’s hairstyles as the prompt for the creation of a sequence of bizarre and haunting figurative personages. He was also inspired at this time by the kind of eroto-mechanics of Duchamp and Picabia’s machine pictures and deeply interested in alchemy and in alchemical illust ration.

This work also appears to be highly auto - biographical, perhaps alluding to the ménage à trois that existed between Ernst, Paul and Gala Éluard in that period. 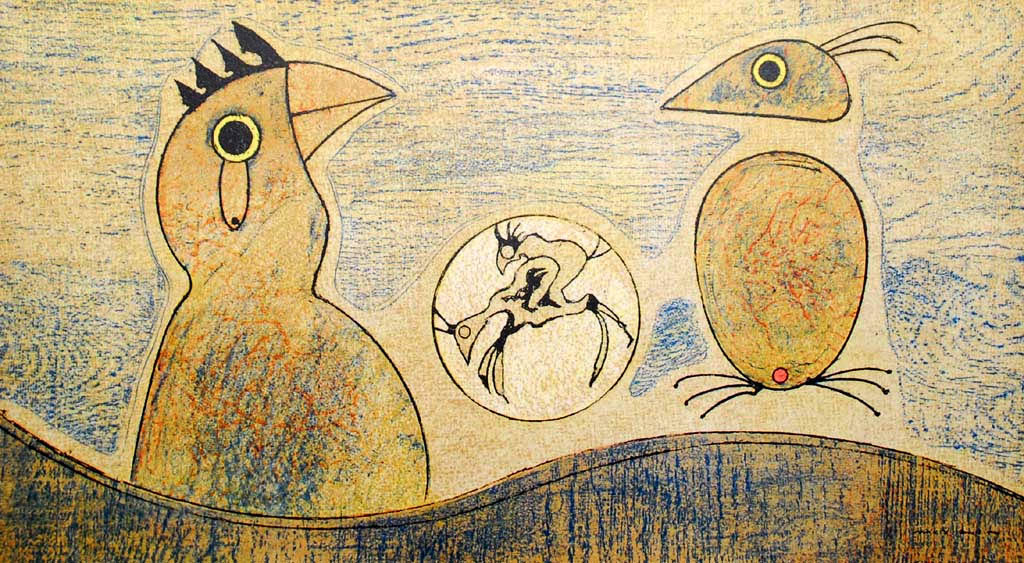 The group of seven works by Max Ernst, offered from a number of prestigious collections, includes Les deux oiseaux, (estimate: £100,000-150,000)one of a major series of object-paintings on the theme of imprisoned birds that Ernst made in 1925. The delicacy of the birds’ forms is presented in sharp contrast to the heavy texture of the sandpaper ground, imprisoning bars and the strong cork boundary of the artist’s picture-frame. 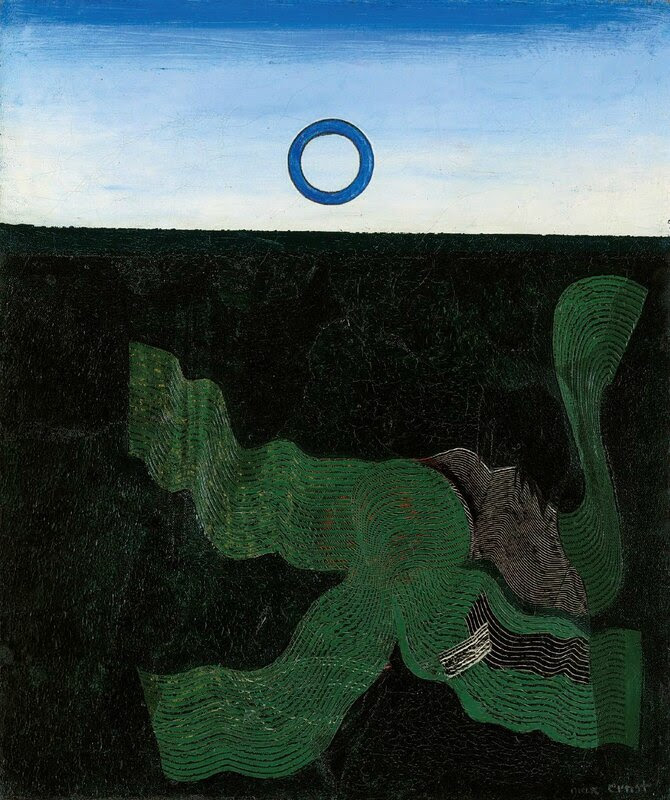 Savage Moon (1926, estimate: £250,000-350,000) is one of a series of moonlit landscape paintings that Ernst made the following year, in 1926. Depicting a mystic moon casting its ethereal light over the surface of the sea, it is one of the very first paintings that he ever made using the new technique of grattage, a method of scraping random patterns in oil paint. 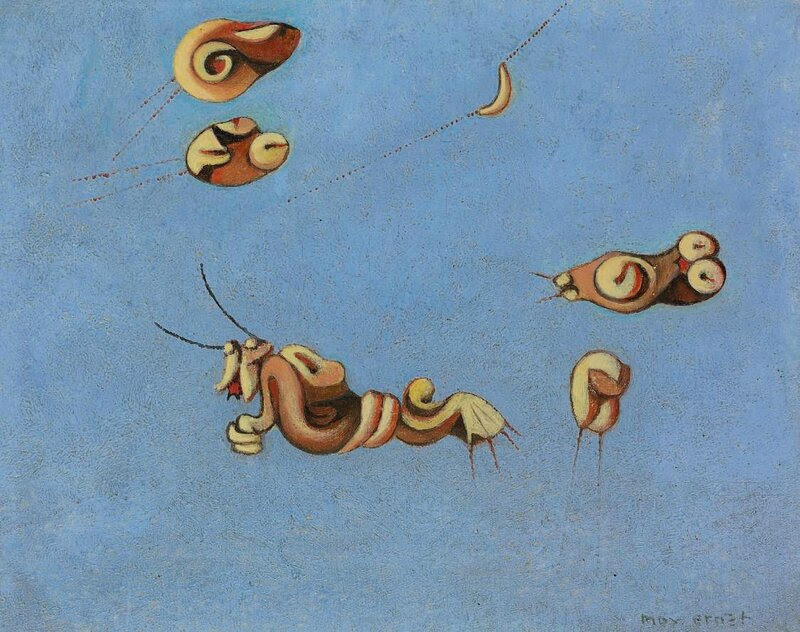 Max Ernst Portrait érotique voilé (1933 and circa 1950, estimate: £1,500,000-2,500-000): Centred upon the depiction of an imperious bird-headed female figure sporting a revolutionary bonnet de la Liberté and seated on a crimson throne, this final version was unseen in public until the major retrospective of Ernst’s work held at the Staatsgalerie in Stuttgart and the Kunstsammlung Nordrhein-Westfalen in Dusseldorf in 1991.

Out of the apparent geometric simplicity of the forms a matrix of abstract pattern and colour has been created. Portrait érotique voilé is offered by the artist’s family, it was first created in 1933 and later reworked by the artist into a new, more regal and grandiose version around 1950. 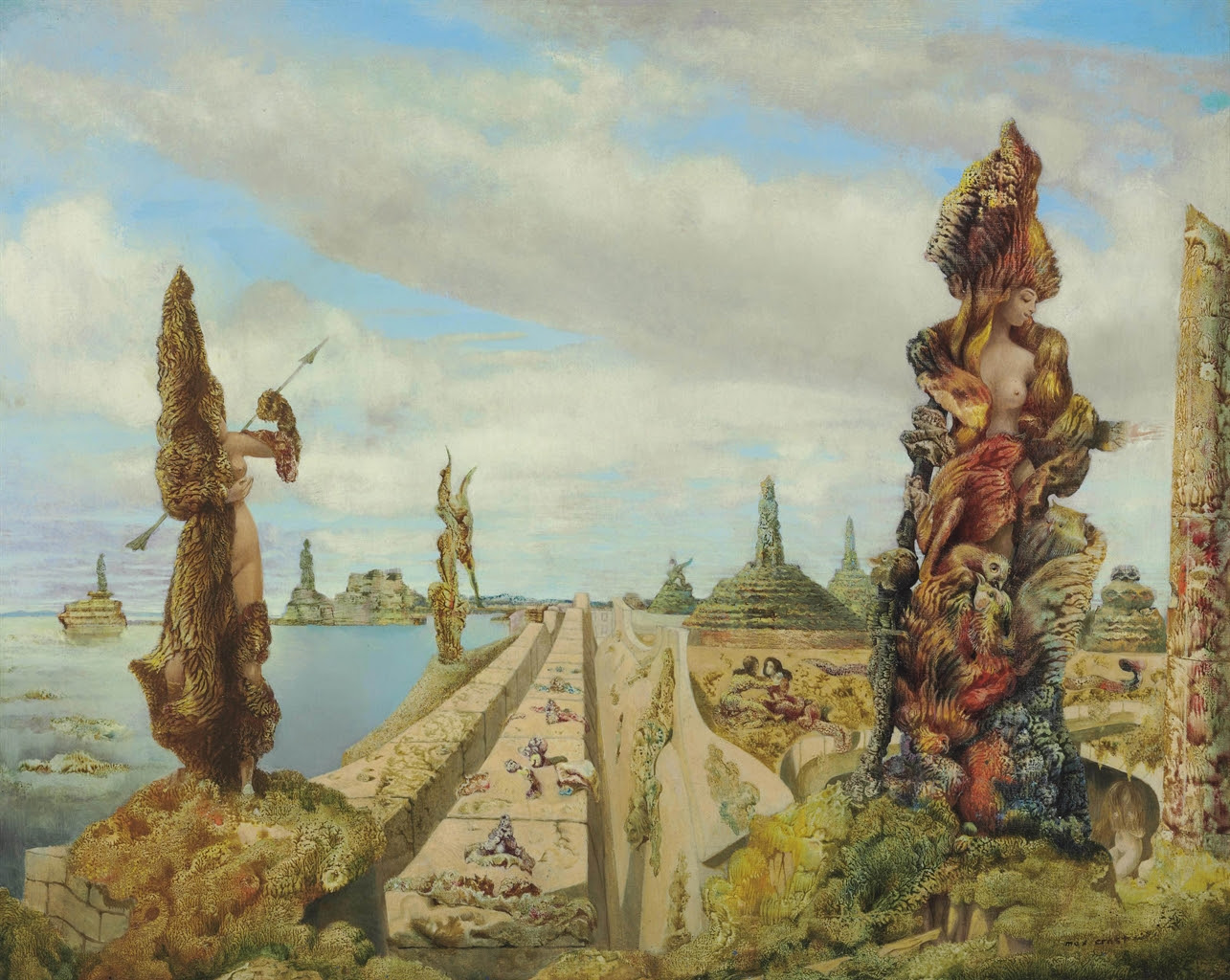 A museum quality work and the cover lot of the sale, The Stolen Mirror by Max Ernst (1891-1976) is a surrealist technical tour-de-force, highly autobiographical and one of the artist's finest works (estimate: £7-10 million). This dream-like landscape was painted in 1941 at the pinnacle of Ernst’s oeuvre, when he was using the decalcomania technique of manipulating paint which he picked up from Oscar Dominguez. Many Surrealists tried the technique though Ernst was the only one to adapt decalcomania in a sustained manner to painting in oils on canvas. Rarely employing it as an end in itself, but rather as a means to create the unexpected, he became a master of the technique and achieved a remarkable degree of control over a fundamentally unpredictable process. The current record for a work by the artist, realising £10,283,175/ $16,322,500 at Christie’s in 2011, this painting once belonged to Edward James, one of the foremost early collectors of Surrealist art; it was later re-acquired by Ernst’s son Jimmy Ernst and descended through the family to the estate of Edith Dallas Ernst, from which it was last sold. Previous sale: http://www.christies.com/lotfinder/paintings/max-ernst-the-stolen-mirror-5493627-details.aspx 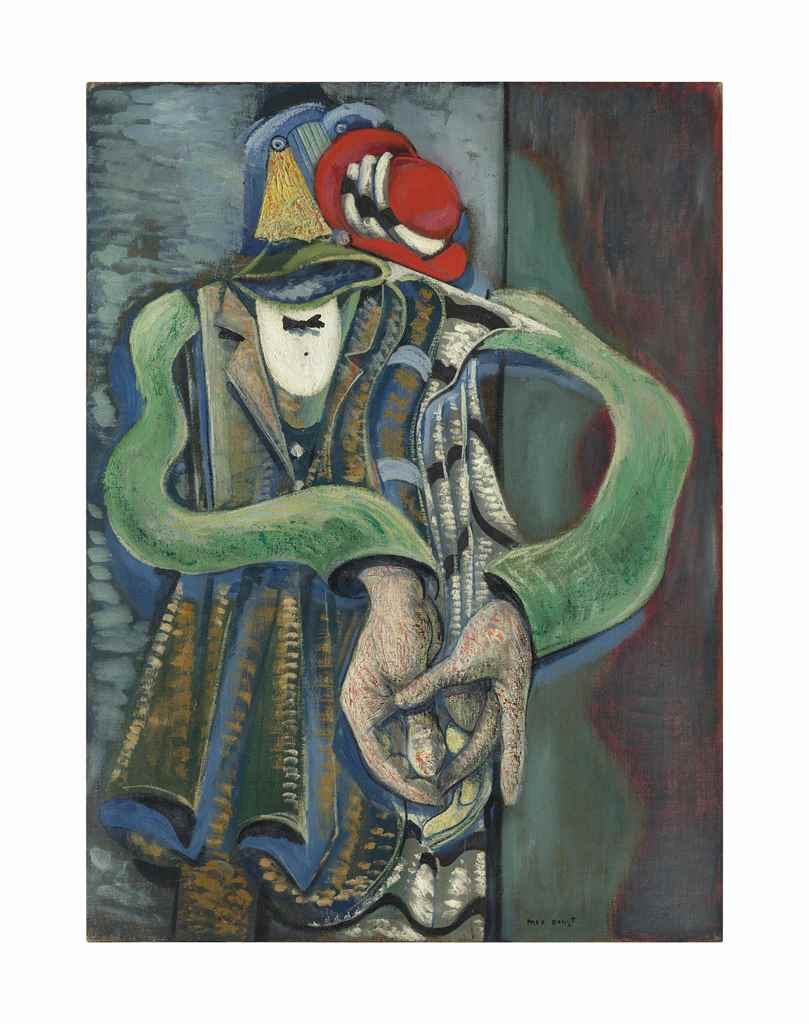 Posted by Jonathan Kantrowitz at 1:43 PM