FROM GOYA TO MANET - THE 19TH CENTURY IN THE ALTE PINAKOTHEK

Alte Pinakothek
After four decades of unbroken use as a museum and exhibition space, the Neue Pinakothek (rebuilt in its current form in the 1970s) has had to shut its doors for extensive renovation and modernization work due to last several years. During this period, selected major works of 19th century painting and sculpture from its collection will be on display in the Alte Pinakothek and at the Sammlung Schack. Selected highlights range from key works of Neoclassicism and Romanticism to the dawn of Modernism.
Masterpieces from the Neue Pinakothek at the Alte Pinakothek 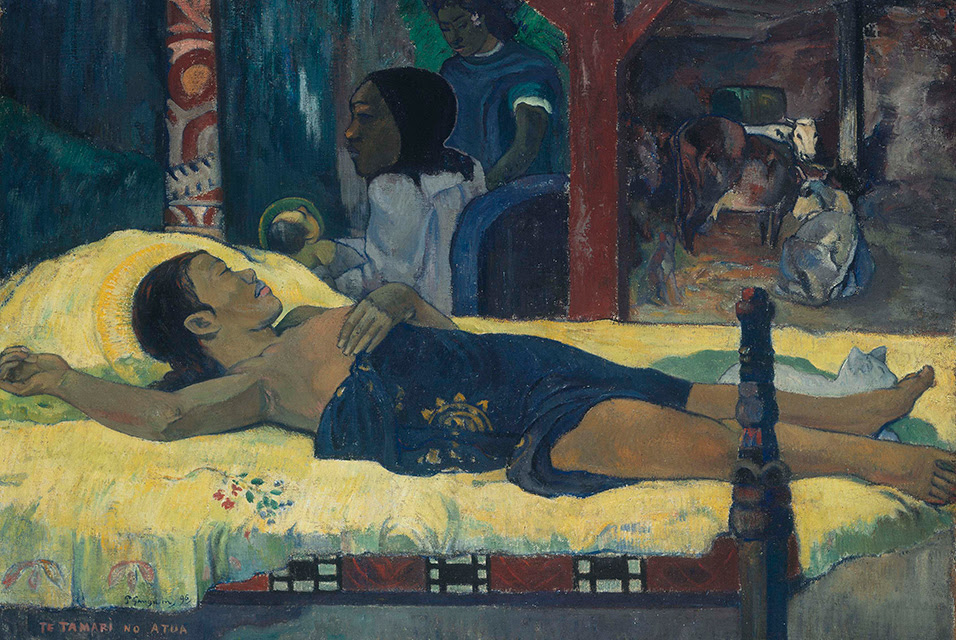 Paul Gauguin (1848–1903), Die Geburt (Te tamari no atua) | Nativity (Te tamari no atua) 1896 1912 als Schenkung von Eduard Arnhold und Robert von Mendelssohn im Rahmen der Tschudi-Spende erworben | Inv. Nr. 8652.
In the Alte Pinakothek’s Lower Gallery, a selection of around 90 paintings and sculptures from the Neue Pinakothek’s collection is on display in three main galleries and seven side rooms. The concentration of works has brought forth new constellations and unexpected encounters between the exhibits. The lower floor’s large central gallery brings together images of the human figure by Neoclassical artists to the early Modernists. The sharply observed portraits of the court painter to the Spanish crown, Francisco Goya, and Thomas Gainsborough’s stylized depictions of the English upper class posing in natural settings are juxtaposed with the cool detachment of Edouard Manet’s Le Déjeuner and Edgar Degas’ portrayal of the ordinary folk of the Paris of his day. The room leading off this gallery features the monumental Neoclassicism of Antonio Canova in dialogue with the dreamy Symbolism of George Minne, while the adjoining gallery shows the works of Van Gogh, Klimt, Segantini, and others, as they wrestle and break with long-held conventions of seeing. In the gallery dedicated to the German Romantics, the backward-looking painting of the Nazarenes, working from their artist colony in Rome, comes face-to-face with the introspection of Caspar David Friedrich of Dresden and Carl Blechen’s realism, captured with painterly bravura, in Berlin. The side gallery of French and English Romanticism and early Realism sees a confluence of Eugène Delacroix’s distinctly literary Romanticism and the empirical exploration of nature in the art of William Turner
and John Constable. The other rooms focus on developments in European art from 1850. Wilhelm Leibl and his circle follow in the footsteps of Gustave Courbet and the Barbizon School, while Max Liebermann, Lovis Corinth, and Max Slevogt represent the spirit of Modernism in Berlin around 1900. 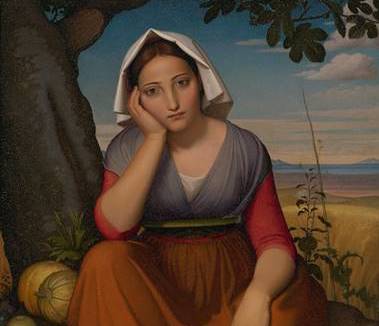