The National Gallery will stage a landmark exhibition to mark the centenary of the birth of the great 20th-century artist Lucian Freud (1922–2011  October 1, 2022 to January 22, 2022.
This first major survey of his paintings for 10 years will bring together a large selection of his most important works from across seven decades – spanning early works such as 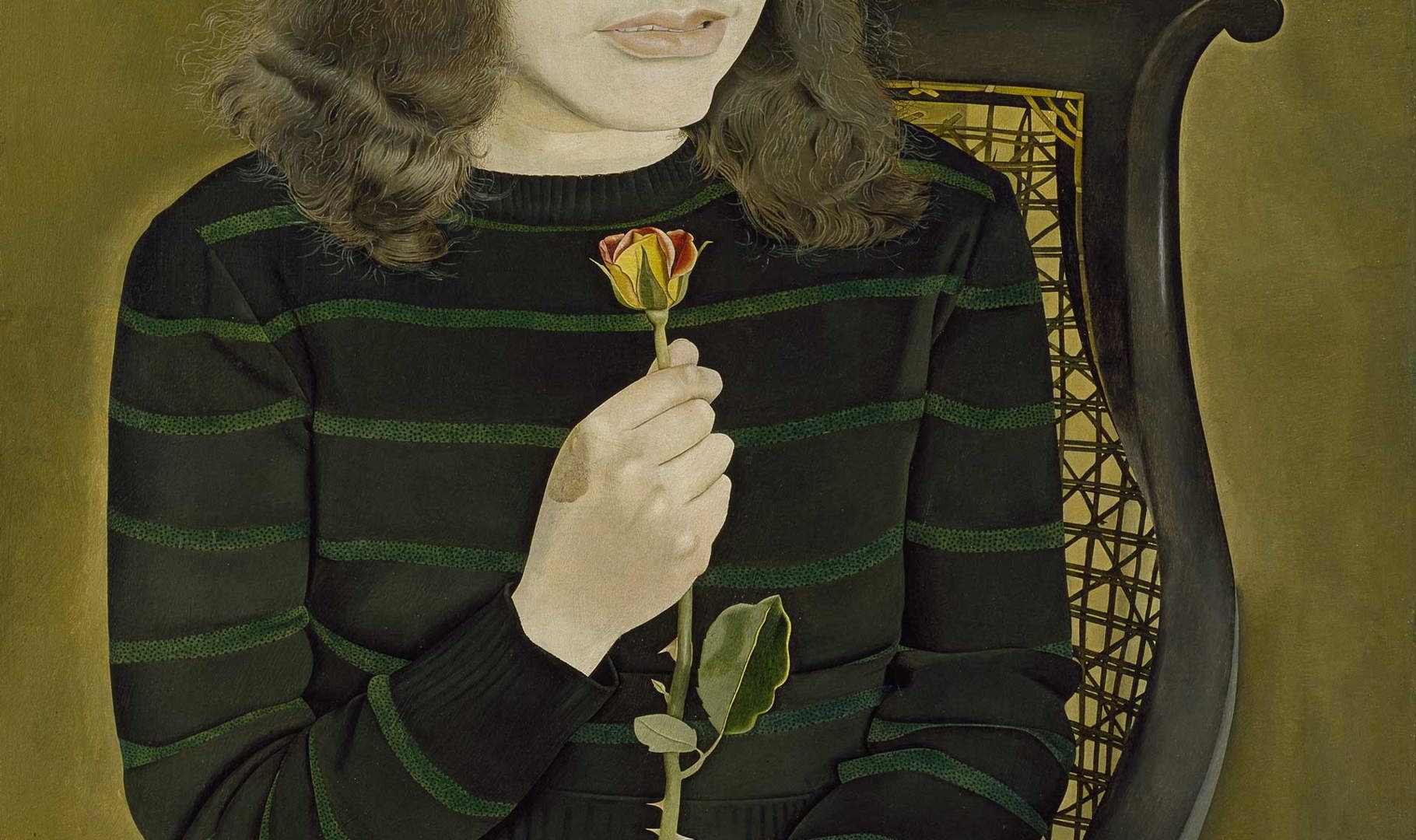 'Girl with Roses' (British Council Collection) from the 1940s; to 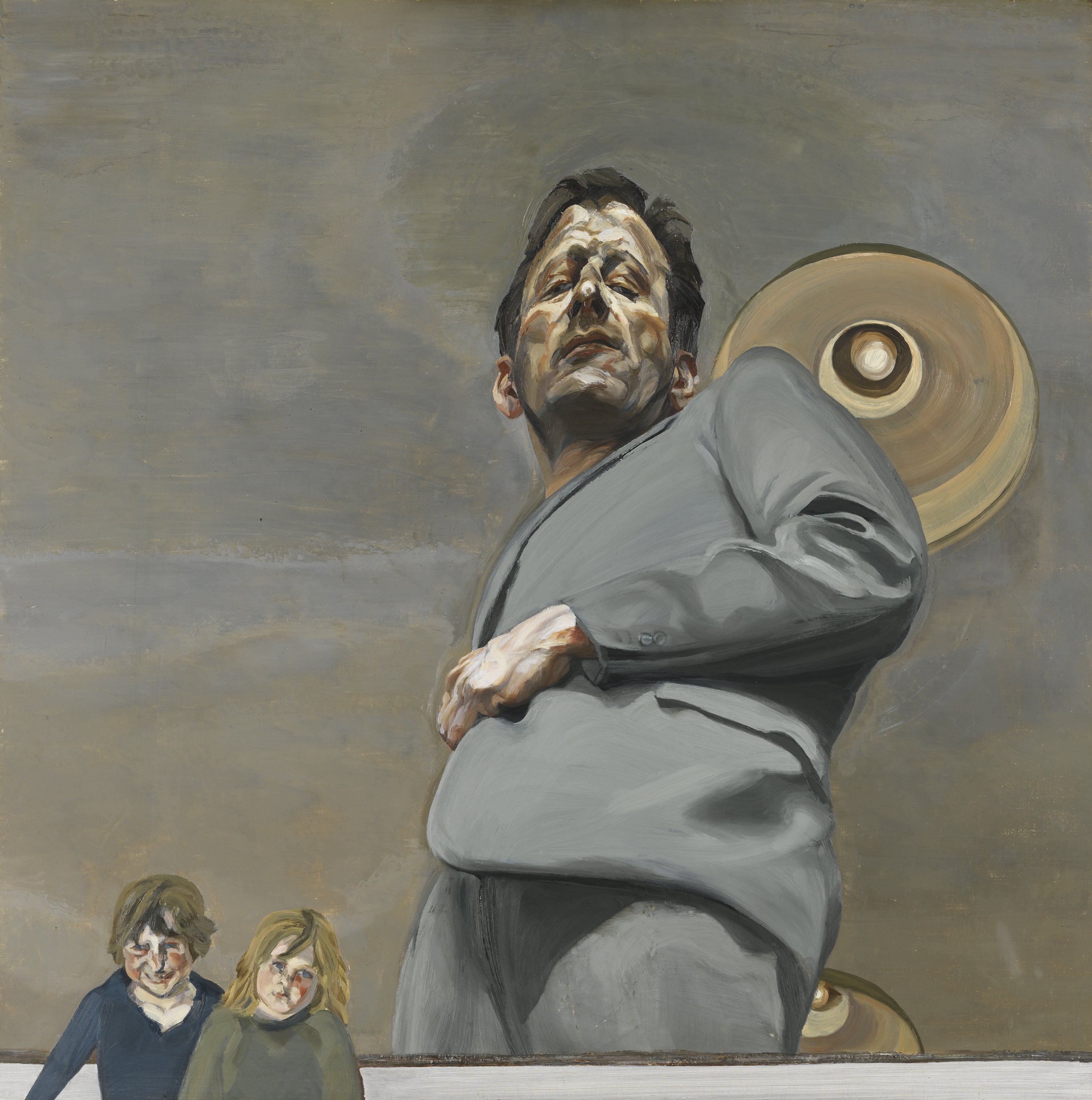 'Reflection with Two Children (Self-Portrait)' (Museo Nacional Thyssen-Bornemisza, Madrid) in the 1960s and right through to his famous late works.

With paintings of the powerful, such as 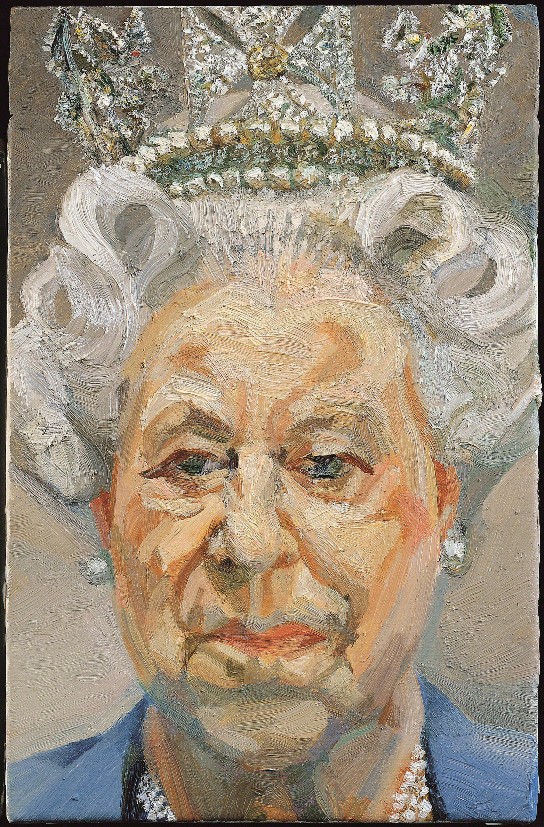 HM Queen Elizabeth II c.1999-2001 Lucian FreudRoyal Collection Trust 2012 (C) The Lucian Freud Archive
'HM Queen Elisabeth II' (c.1999-2001, lent by Her Majesty The Queen from the Royal Collection) the artist positioned himself in the tradition of historic Court Painters, such as Rubens (1577-1640) or Velázquez (1599-1660), all the while paying unflinching attention to everyday sitters, including his own mother, poignantly documented at the end of her life.
Freud often framed his subjects in domestic settings and in his paint-splattered studio, a place that became both stage and subject of his paintings in its own right. Showing how Freud's practice changed throughout the 20th and early 21st centuries, the exhibition culminates in some of Freud's monumental nude portraits, revelling in the representation of the human form.
The Credit Suisse Exhibition – Lucian Freud: New Perspectives will include more than 60 loans from museums and major private collections around the world including The Museum of Modern Art, New York; Tate; the British Council Collection; London and the Arts Council Collection, London.
A devoted connoisseur of European painting and regular visitor since his earliest days in London, Lucian Freud had a close association with the National Gallery. ‘I use the gallery as if it were a doctor,’ Freud told the journalist Michael Kimmelman. ‘I come for ideas and help – to look at situations within paintings, rather than whole paintings. Often these situations have to do with arms and legs, so the medical analogy is actually right.’*
In 1987, he curated an edition of the Gallery’s famous 'Artist’s Eye' exhibitions. Selecting nearly thirty masterpieces from Chardin to Vuillard, the artist wrote: ‘What do I ask of a painting? I ask it to astonish, disturb, seduce, convince.’
For 'Encounters - New Art from Old' (2000), for which the National Gallery invited 25 artists to pick images from the permanent collection to engage with and create new work, Freud chose Chardin's The Young Schoolmistress as his inspiration for his etching After Chardin.
In the 2016 exhibition Painters' Paintings: From Freud to Van Dyck the artist’s 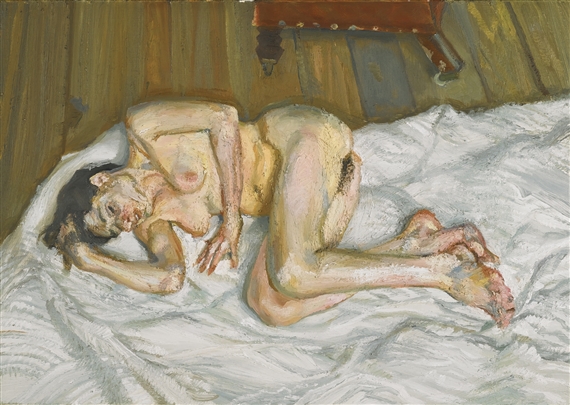 and the nude portrait, 'After Breakfast' (2001) were displayed alongside Corot’s Italian Woman, or Woman with Yellow Sleeve (L'Italienne) (about 1870.) The Corot, from Freud’s own collection was then given to the Gallery following the artist’s death through the Acceptance in Lieu scheme.
He also supported the successful 2008 fundraising campaign by the National Gallery and National Galleries of Scotland to jointly acquire Titian’s Diana and Actaeon (1556–9) and Diana and Callisto (1556–9), saying:
’How is it that these paintings, which are as effortless as Matisse, affect you more than any tragedy? Everything they contain is there for the viewer's pleasure. It hardly matters what is going on. The water, the dogs, the people, though they are involved with each other, are there to please us. To me, these are simply the most beautiful pictures in the world. Once you've seen them you want to see them again and again.’

Dr Gabriele Finaldi, Director of the National Gallery, says: ’The Freud centenary exhibition at the National Gallery offers the opportunity to reconsider the artist's achievement in the broader context of the tradition of European painting. He was a frequent visitor to the Gallery whose paintings challenged and inspired him.’
Daniel F. Herrmann, Curator of 'The Credit Suisse Exhibition – Lucian Freud: New Perspectives', says: ’With an unflinching eye and an uncompromising commitment to his work, Freud created figurative masterpieces that continue to inspire contemporary artists today. His practice has often been overshadowed by biography and celebrity. In this exhibition we offer new perspectives on the artist’s work looking closely at Freud’s mastery of painting itself and the contexts in which it developed.
The exhibition is organised by the National Gallery and the Museo Nacional Thyssen- Bornemisza, Madrid. It will be shown at the Thyssen from 14 February 2023 to 18 June 2023, following its display at the National Gallery.’