The first exhibition devoted solely to portraits of the Neo-Impressionist movement will open at the Indianapolis Museum of Art on June 14, 2014, the only U.S. venue for the exhibition. Face to Face: The Neo-Impressionist Portrait, 1886-1904 will feature more than 30 paintings and 20 works on paper by artists including Paul Signac, Henri- Edmond Cross, Maximilien Luce and Vincent van Gogh. Face to Face will be on view June 15 through September 7, 2014.

Rooted in recent discoveries in optics and perception, Neo-Impressionism was developed in late 19th-century Paris by French painter Georges Seurat. While his use of brilliant color and pointillist brushwork is largely associated with landscapes, seascapes and scenes of modern life, the approach also produced arresting portraits of unusual beauty and perception. Face to Face represents the first major museum exhibition to examine this significant facet of the Neo- Impressionist movement.

“Perhaps because Neo-Impressionism is so linked to the pursuit of natural light and brilliant color, the primary vehicles for analyzing the technique have been landscapes and other outdoor scenes,” said Ellen W. Lee, The Wood-Pulliam Senior Curator at the IMA and co-organizer of the exhibition. “This exhibition reveals the Neo-Impressionists’ ability to invest psychological intensity and vivid expression into that most natural of subjects—the human face.” The exhibition features 15 painters from France, Belgium and The Netherlands. The earliest followers of Seurat, artists such as Paul Signac, Lucien Pissarro and Albert Dubois-Pillet, are represented. The exhibition also will introduce under-recognized figures such as Henri Delavallée and Achille Laugé to American audiences.

Highlights of the exhibition include:

• Albert Dubois-Pillet, Mlle. B.; a striking portrait of a seated woman, recognized through research for this exhibition as the earliest Neo-Impressionist portrait • Henri-Edmond Cross, Madame Hector France; a life-size portrait and the first Neo- Impressionist painting by one of Seurat’s most important followers. 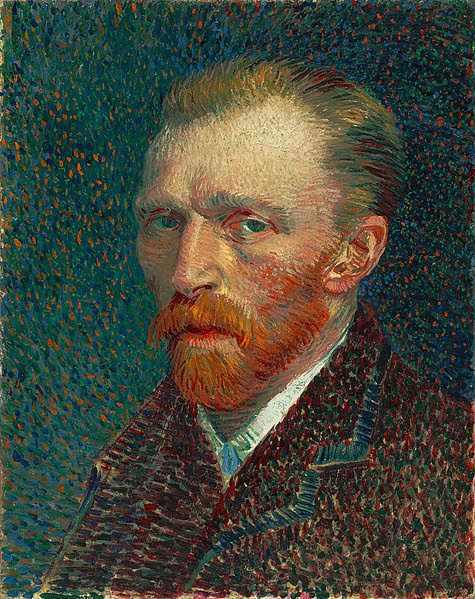 
• Théo van Rysselberghe, a stunning trio of full-length portraits of the three sisters of the Sèthe family, painted by Belgium’s most distinguished Neo-Impressionist portraitist: Maria Sethe at the Harmonium, 1891 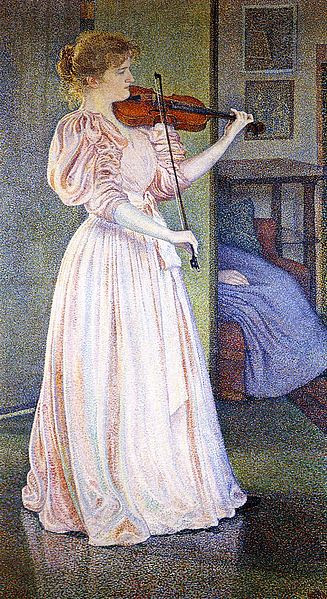 Neo-Impressionism was developed decades after photography made realistic images widely available. While physical resemblance remained an important aspect of portraiture, artists of the era were also free to emphasize individual technique, their pursuit of psychological or spiritual identity, and their own emotional connection with their subjects. These subjects were often drawn from the circles of the artists’ families and friends, and their portraits record in vivid color some of the era’s most intriguing and influential personalities. Exquisite drawings also play a prominent role in the exhibition, demonstrating the expressive potential of black and white pencil and crayon portraits.

Drawn from museums such as the Musée d’Orsay, the Metropolitan Museum of Art and the Art Institute of Chicago, libraries and private collections throughout Europe and the United States, the exhibition presents a variety of engaging images, offering fresh insight into the aesthetics and character of one of the era’s most fascinating chapters.

The Neo-Impressionist Portrait, 1886-1904 is organized by the Indianapolis Museum of Art. Exhibition curators are Ellen W. Lee, The Wood-Pulliam Senior Curator at the IMA, and Professor Jane Block, Ph.D., of the University of Illinois, a specialist on turn-of-the century Belgian art and culture. Before coming to the IMA, the exhibition will premiere at the ING Cultural Centre in Brussels, a city whose artists made significant contributions to Neo- Impressionism. The exhibition will be presented there from February 19, 2014, to May 18, 2014, under the title TO THE POINT. 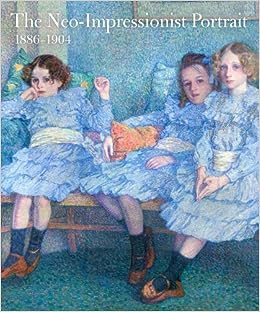 The exhibition is accompanied by a fully-illustrated catalogue, The Neo-Impressionist Portrait, 1886-1904, published by Yale University Press in association with the Indianapolis Museum of Art. The authors are exhibition curators Jane Block and Ellen W. Lee, with contributions by French scholars Marina Ferretti Bocquillon and Nicole Tamburini. The book will appear in February 2014 and will be the first comprehensive survey of Neo-Impressionist portraiture.


Posted by Jonathan Kantrowitz at 11:32 AM