Gustave Caillebotte (1848–1894) was one of the central figures of French Impressionism, yet he is among those artists who remain to be discovered today. His fame was initially founded on his role as a patron, and only later did he gain full recognition as a painter. 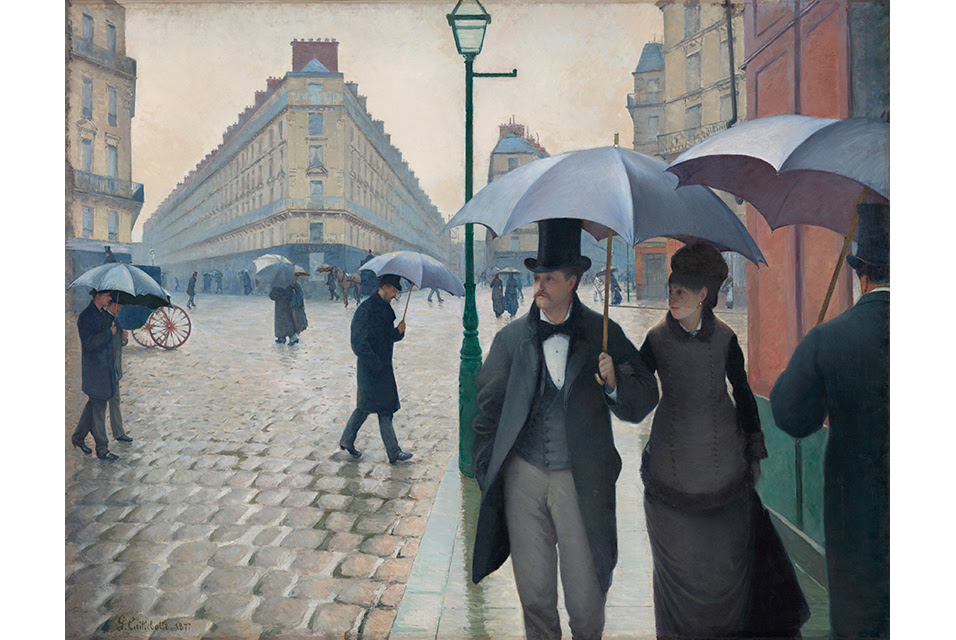 Caillebotte’s painting “Paris Street; Rainy Day” (“Rue de Paris, temps de pluie”), completed in 1877 and now an icon of Impressionism, is coming to the Alte Nationalgalerie. It is considered one of the artist’s principle works, and is a showpiece of the Art Institute of Chicago. The monumental painting has rarely travelled to Europe in the past, and this will be its very first appearance in Berlin. The fact that “Paris Street, Rainy Day” is being shown here is certain ly a sensation, and results from a unique international cooperation: the Art Institute of Chicago will be loaned Édouard Manet’s “In the Conservatory” for a major monographic exhibition; in return, the Alte Nationalgalerie will be able to show this masterpiece by an artist who is otherwise not represented in their collection. Thereby both German and American audiences will benefit from the unique opportunity to visit exhibitions with rarely available works.

Caillebotte’s groundbreaking piece with its almost life-sized figures and unconventional perspective was presented at the Third Impressionist Exhibition of 1877, and even today it has lost none of its intriguing allure. “Paris Street; Rainy Day” exemplifies both the Impressionists ‘new vision’ and Caillebotte’s adoption of modern urban motifs. Carefully selected studies and preparatory sketches for his principal work allow visitors to the exhibition to better understand this atypical Impressionist 2019s creative process.

Close consideration of Caillebotte’s paintings and painting methods opens new perspectives on French Impressionism. Pure painterly appearance is not paramount in his work – his paintings captivate with bold perspectives and structured pictorial space. The seemingly random framing of the view, and the striking immediacy of the image are what particularly underscore the modernity at play here.

This focussed exhibition in the Alte Nationalgalerie will simultaneously highlight Caillebotte's role as a patron. At only twenty-nine years old in 1877, he was not only the youngest but also the most active member of this group. As a man of considerable wealth, he played a leading role in financing and organising the first group exhibitions. For such occasions he would often lend works – by fellow artists such as Renoir, Manet, Degas, Cezanne and Monet – from his own collection. The tight network of the Impressionists, in whose midst Caillebotte found himself as friend and supporter, will become apparent in this exhibition in the Alte Nationalgalerie.

Posted by Jonathan Kantrowitz at 8:37 AM