To their children, Karl and Anna were “ordinary” people.To the rest of the world, they were the extraordinary faces immortalized by Andrew Wyeth. Their story shows they were also far more complicated. Reflecting unprecedented access granted to the author by the Kuerner family, this compellingly readable book sheds light on the complex impacts the Kuerners had on Andrew Wyeth.

Even as a young boy growing up in Pennsylvania's rural Brandywine Valley, he was fascinated by his intriguing neighbors, and they would be a major source of Wyeth's inspiration for more than seventy years. Karl Kuerner, hardened by poverty and his service in the German Army during World War I, faced demons of anger and frustration. Anna had her own battles, sometimes wandering the farm muttering to herself in German, between periods in the insane asylum.

More on now iconic paintings focused on his neighbors, the Kuerners: examples are 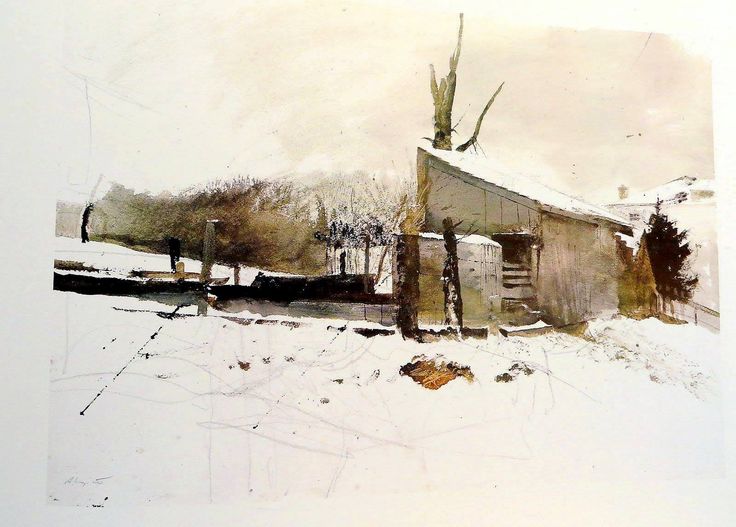 Included are family photos as well as color images of some of the major Wyeth paintings that the Kuerners and their farmscape inspired.

LuLynne Streeter is an award-winning author, poet, journalist, and photographer. Raised in the Southwest, she has traveled extensively throughout the United States and Mexico. The compelling story of the Kuerners and their extraordinary experiences with artist Andrew Wyeth captured Streeter's imagination and passion several years ago, leading to the detailed research that resulted in Frozen Lives. She currently lives and writes in Galveston, Texas.

Also see: http://ashorthistoryblog.com/the-neighbors-whisper-about-the-germans-in-the-icy-white-house-up-on-the-hill/
Posted by Jonathan Kantrowitz at 8:19 AM