Christie’s is honored to present for sale Lucas Cranach the Elder’s Portrait of John Frederick I, Elector of Saxony, called John Frederick the Magnanimous, once part of Fritz Gutmann’s renowned art collection in the pre-war Netherlands. Missing for nearly 80 years before its recent rediscovery in America, Christie’s is privileged to have facilitated the return of this important work to the Gutmann family. Cranach’s Portrait of John Frederick I, Elector of Saxony will be presented in public exhibitions in Hong Kong (March 30 – April 4) and New York leading up to the Old Masters auction on April 19, 2018 in Christie’s Rockefeller Galleries with an estimate of $1,000,000-2,000,000.

ABOUT THE GUTMANN COLLECTION 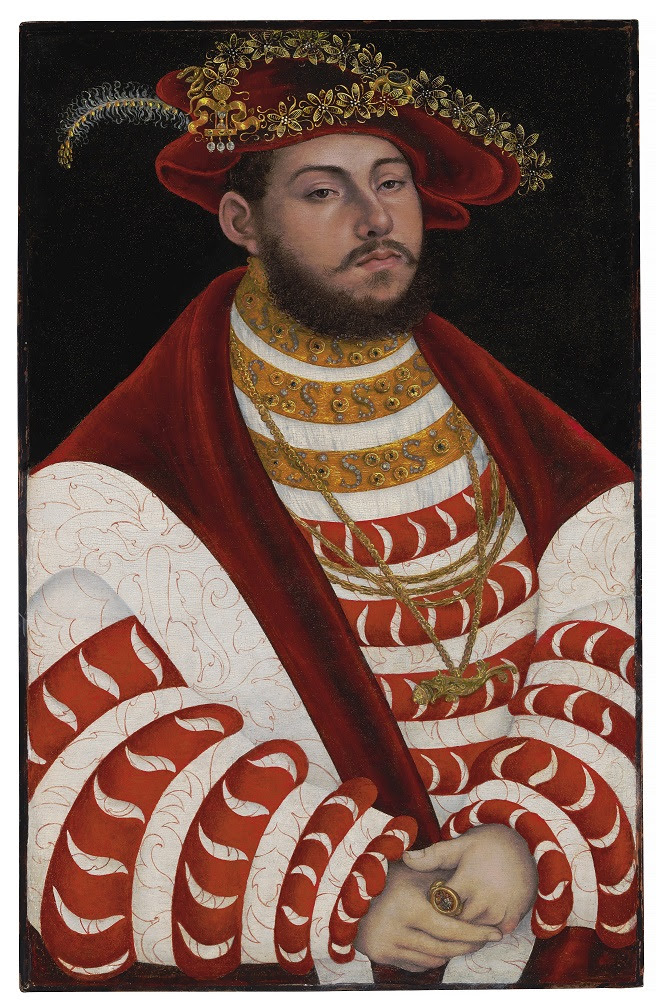 
Cranach’s Portrait of John Frederick I, Elector of Saxony had occupied pride of place in the Gutmann family estate ‘Bosbeek’ in Heemstede, Netherlands. It was last publicly displayed in Rotterdam in 1938, on loan from Fritz Gutmann to the Museum Boymans.

Following the rise of Nazism and then the Occupation of The Netherlands in May 1940, the Gutmann collection was a particular focus of interest for the Nazi high command and their agents. The Gutmann collection was comprehensively looted (confiscated and forcibly ‘sold’ during the war), with many works acquired for Hitler and Goering. The family’s possessions were scattered and tragically Fritz and his wife Louise were murdered in the concentration camps of Theresienstadt and Auschwitz respectively.

While the exact path of this painting after 1940 is unknown, the quest to trace and recover it has been a cherished hope for two generations of Gutmann heirs.  Simon Goodman, grandson of Fritz, has dedicated many years to researching the lost collection, successfully reclaiming many works for his family.  He continues to seek a number of significant Old Master and Impressionist paintings.  Simon has written of his experiences in his acclaimed book The Orpheus Clock: the search for my family’s art treasures stolen by the Nazis.

Following an approach by persons in possession of the work, who acknowledged and addressed the losses suffered by the family at the hands of the Nazis, Christie’s facilitated a return to the Gutmann heirs. The return of the painting honors international initiatives to address the ongoing challenge of Holocaust-era assets.

Simon Goodman, owner of Portrait of John Frederick I, Elector of Saxony said, “I have spent years hunting for this marvelous painting. Among those pieces still missing, from my grandfather Fritz Gutmann’s collection, this was the piece I was the most doubtful of ever recovering. My family are thrilled by its discovery. We are also extremely grateful to the people who brought it forward and to Christie’s for facilitating its return.”

Francois de Poortere, Head of Old Master Paintings, remarked: “Moments like this are what continues to make our job fascinating and exciting. It has been extraordinary to witness the discovery of this important work by Lucas Cranach the Elder, and work with the exemplary people who brought it to our attention and wanted to do the right thing and reunite the painting with its rightful owners. This remarkable survival continues to celebrate Cranach’s innovation and unique work, and reacquaints us with a painting previously known only from black and white photographs.”

Monica Dugot, International Director of Restitution, commented, “It is a great privilege for us to have reconnected the heirs of Fritz Gutmann to this important picture missing from their collection for close to 80 years. We are thrilled to have finally brought this marvelous Cranach to light and delighted that we were able to facilitate a dialogue between the most recent owners and the Gutmann family that ultimately ended in this settlement. Importantly, we hope that the reappearance of this painting demonstrates that with good will, perseverance and collaboration, amicable and fair solutions can be found in resolving complex restitution cases and losses due to Nazi persecution, even after so many years.”

The portrait, painted in the 1530s, depicts John Frederick I (1503-1554), known as John Frederick the Magnanimous, an electoral prince and Head of the Schmalkaldic League of Germany, clad in splendorous attire. The last Elector in the Ernestine Saxon line, John Frederick was an ardent supporter of Martin Luther and the Reformation and is considered one of the founders of the University of Wittenberg. He married Sibylle of Cleves in September 1526, who Cranach equally portrayed on numerous occasions. Cranach paints John Frederick half-length, set against a dark background. The Elector wears four gold chains with a pendant in the shape of a dolphin around his neck. His fashionably slashed doublet is decorated with three gold collars set with pearls and precious stones forming the letter “S”. He wears a signet ring on his left index finger and is crowned with a garland of enameled flowers. The painting is one of Cranach’s most refined portrayals of the Elector John Frederick, who at the time it was painted was the artist’s greatest patron and close friend.


Domenico Gargiulo’s Adoration of the Shepherds 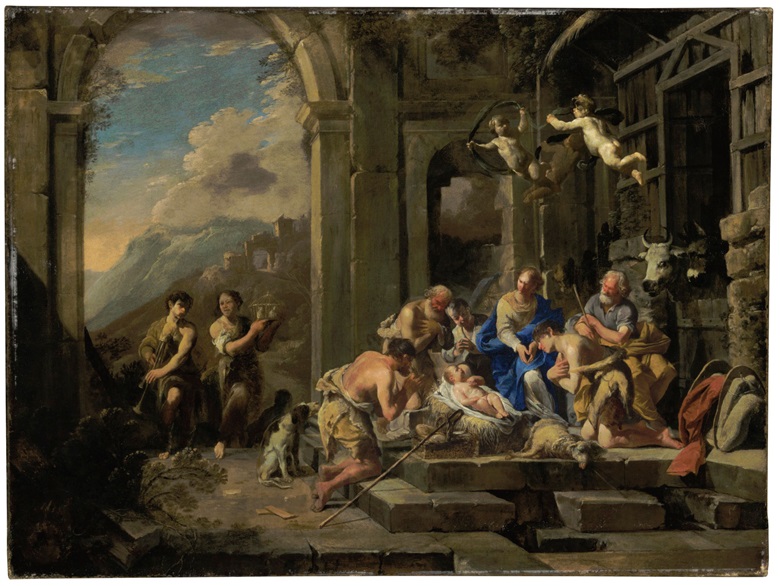 Louisa Howard, Junior Specialist, Old Master Paintings: ‘I love Domenico Gargiulo’s Adoration of the Shepherds. It probably dates to the first half of the 1650s and conveys the artist’s realistic approach to the world of agriculture during this period.

‘His observation of surfaces is intensely naturalistic, and yet combined here with an extraordinary brilliance of palette, and a refined virtuosity of brushwork. The landscape beneath the arch is particularly fresh and spontaneous, and draws inspiration from the rocky hillsides and crumbling ruins captured during the course of Gargiulo’s youthful sketching expeditions around Naples.’

Posted by Jonathan Kantrowitz at 10:47 AM