Walker Evans (1903–75) was a great American artist photographing people and places in the United States in unforgettable ways. He is known for his work for the Farm Security Administration, addressing the Great Depression, but what he actually saw was the diversity of people and the damage of the long Civil War. In Walker Evans, renowned art historian Svetlana Alpers explores how Evans made his distinctive photographs. Delving into a lavish selection of Evans’s work, Alpers uncovers rich parallels between his creative approach and those of numerous literary and cultural figures, locating Evans within the wide context of a truly international circle.Alpers demonstrates that Evans’s practice relied on his camera choices and willingness to edit multiple versions of a shot, as well as his keen eye and his distant straight-on view of visual objects. Illustrating the vital role of Evans’s dual love of text and images, Alpers places his writings in conversation with his photographs. She brings his techniques into dialogue with the work of a global cast of important artists—from Flaubert and Baudelaire to Elizabeth Bishop and William Faulkner—underscoring how Evans’s travels abroad in such places as France and Cuba, along with his expansive literary and artistic tastes, informed his quintessentially American photographic style.A magisterial account of a great twentieth-century artist, Walker Evans urges us to look anew at the act of seeing the world—to reconsider how Evans saw his subjects, how he saw his photographs, and how we can see his images as if for the first time.


Posted by Jonathan Kantrowitz at 8:19 AM

Swann Galleries will open the fall 2020 auction season with a sale of American Art on September 17. The sale encompasses the visions of Impressionism, Regionalism and early Modernism, with seaside portraits showcasing various coastal destinations featuring prominently throughout the sale. 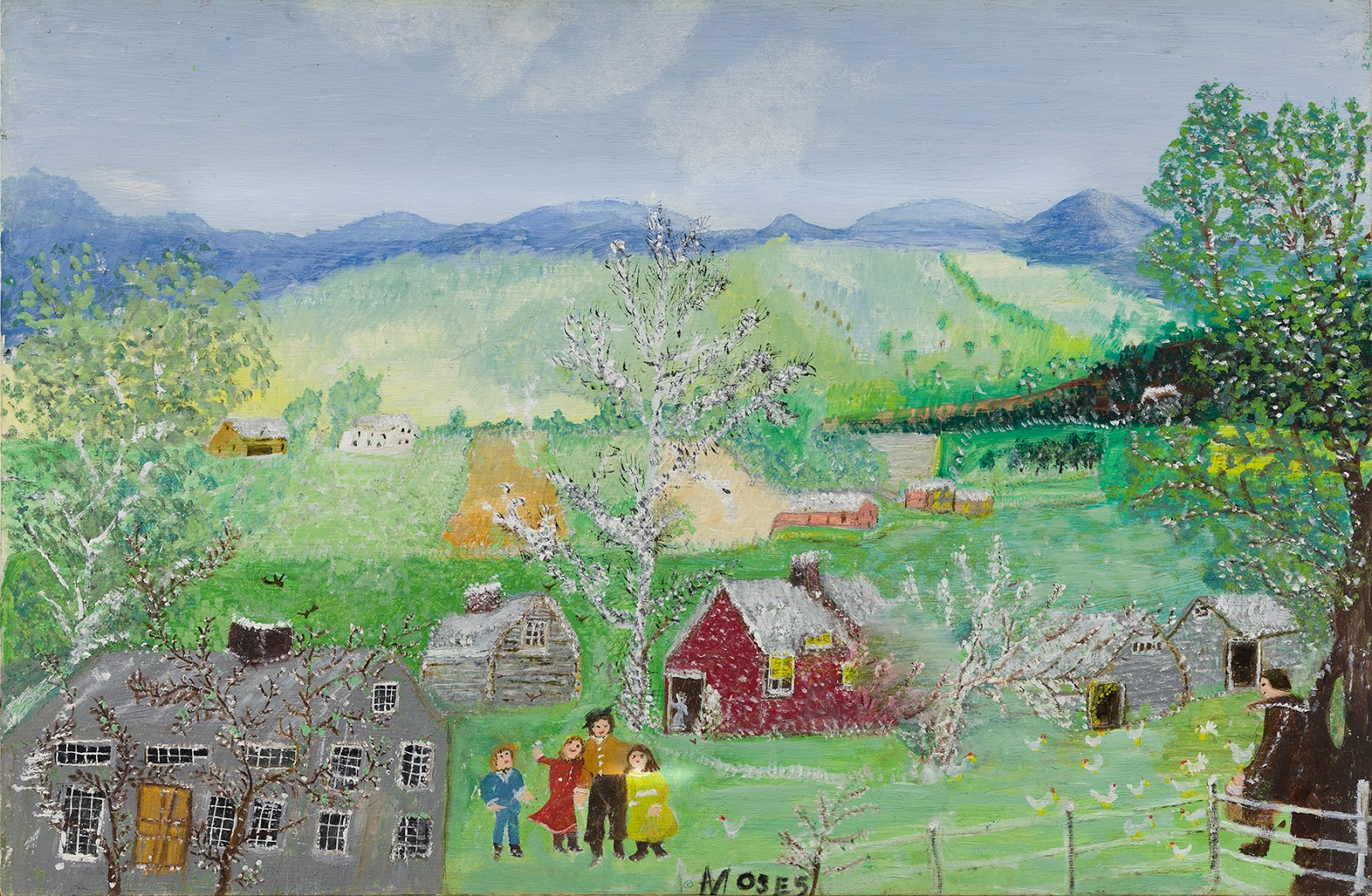 A top highlight of the auction is a work by Anna Mary Robertson (Grandma) Moses. Completed at 101 years of age, Happy Days is a 1961 oil-on-masonite painting depicting a typical scene of Moses’s, a rural family working happily on their farm. The work is set to come across the block estimated at $50,000 to $80,000. The painting, with exhibition and publication history, last appeared on the market more than 40 years ago.
Works from the nineteenth century include a run of circa-1880 coastal scenes by Alfred Thompson Bricher with the oil-on-canvas works Low Tide, South Head, Grand Manan Island ($20,000-30,000), and Schooner off the Coast, Bishop’s Rock, Grand Manon Island ($15,000-20,000), as well as the watercolor A Coastal Scene($2,000-3,000). Also of note are still life scenes with fruit, including an 1850s oil-on-wood panel by Severin Roesen ($15,000-20,000), and a circa-1860 oil by William Mason Brown. 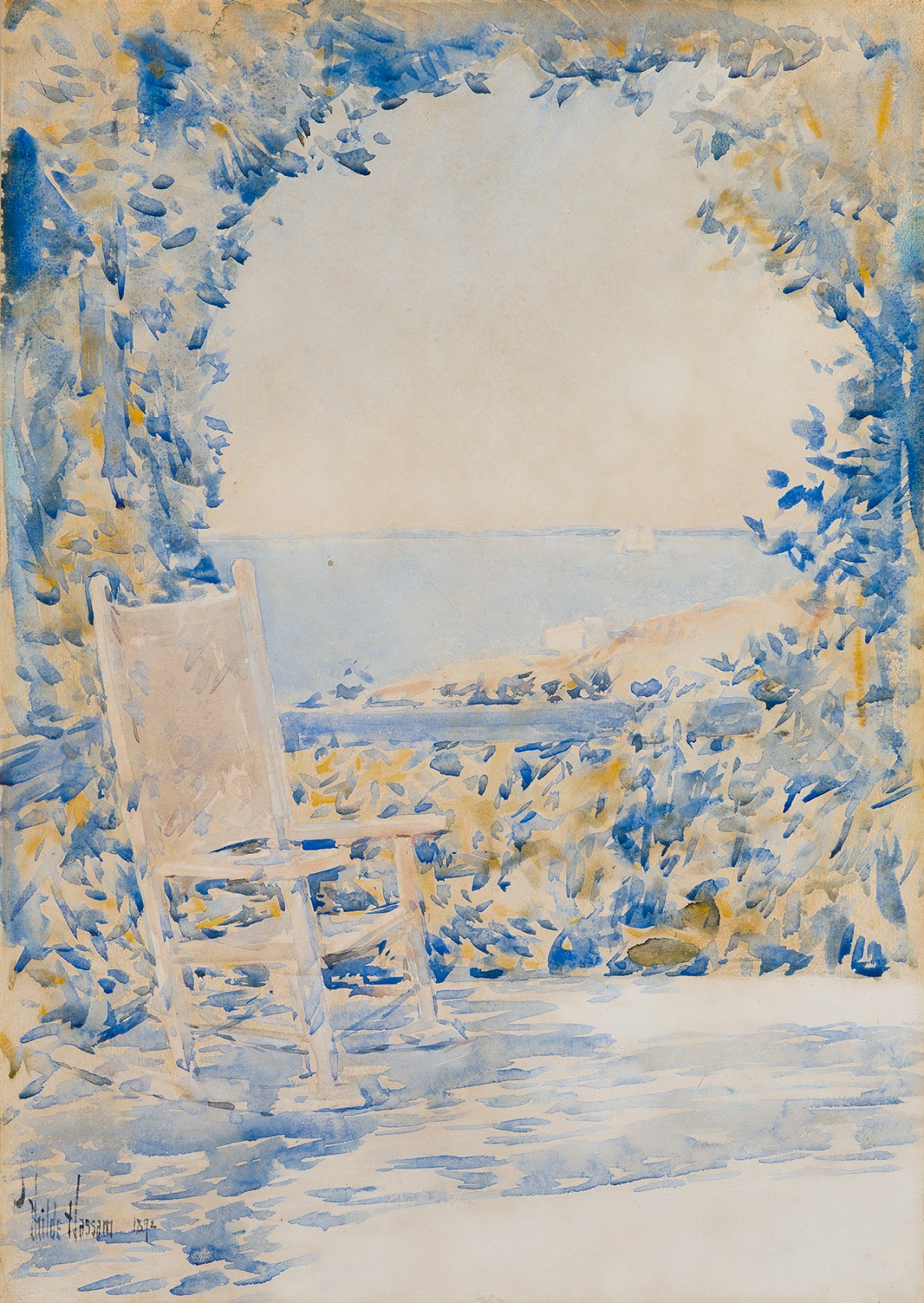 (The Denver Art Museum (DAM) has debuted Natural Forces: Winslow Homer and Frederic Remington (on view to Sept. 7, 2020). The traveling exhibition, featuring 60 artworks, reveals connections between artistic themes and techniques used by these two acclaimed American artists. Born a generation apart, both artists succeeded in capturing the quintessential American spirit through works of art at the turn of the late-19th and early-20th centuries, an era of growing industrialization and notions of the closing of the American western frontier.
Winslow Homer (1836-1910), who was considered the most original painter of his time, prospered by creating masterful depictions of the Eastern Seaboard, while Frederic Remington (1861-1909) became famous for his iconic representations of the American West. The work of these two self-taught artists continues to be celebrated as independent, innovative and homegrown.
Natural Forces is co-organized and co-curated by a team of four curators, including the DAM’s Thomas Brent Smith, Curator of Western American Art and Director of the Petrie Institute of Western American Art, and Jennifer R. Henneman, Associate Curator of Western American Art; Diana Greenwold, Associate Curator of American Art at the Portland Museum of Art in Maine; and Maggie Adler, Curator at the Amon Carter Museum of American Art in Fort Worth, TX.
After debuting at the DAM, the exhibition will travel to the Portland Museum of Art and the Amon Carter Museum of American Art. A 225-page exhibition catalog, published in collaboration with Yale University Press, will be available in The Shop at the Denver Art Museum and online.
Take a video tour of the exhibition at DAM and see highlights here.
Posted by Jonathan Kantrowitz at 8:28 AM

Texas Made Modern: The Art of Everett Spruce,

The Amon Carter Museum of American Art (the Carter) announces  the first exhibition in nearly 30 years to highlight the pioneering and inventive career of Texas artist Everett Spruce (1908–2002). Featuring nearly 50 works from private and public collections from across the country, the exhibition traces five decades of Spruce’s career, revealing how he adapted his style and subjects to the era in which he worked. On view August 18 through November 1, 2020, with three Carter member-only preview days August 14–16, Texas Made Modern reclaims the legacy of this Texas artist.

Texas Made Modern considers the exciting range of Spruce’s art from the 1920s to the 1970s. 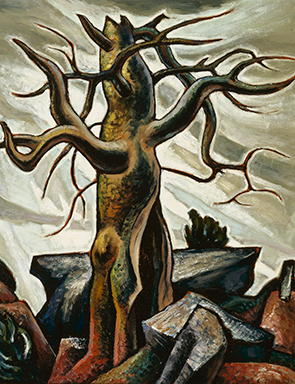 Known for his inventive depictions of Texas, Spruce’s modern, visionary landscapes countered the popular narrative of the state as only a land of cattle and cowboys. From his early, surreal landscapes of West Texas to his mature figural paintings of folk culture and late abstract visions that conjure worlds beyond observation, Spruce evolved his style with the changing times, receiving national attention along the way. Texas Made Modernuncovers Spruce’s role as a key member of the Dallas Nine and a vital contributor to the narrative of modernist landscape painting in the state. 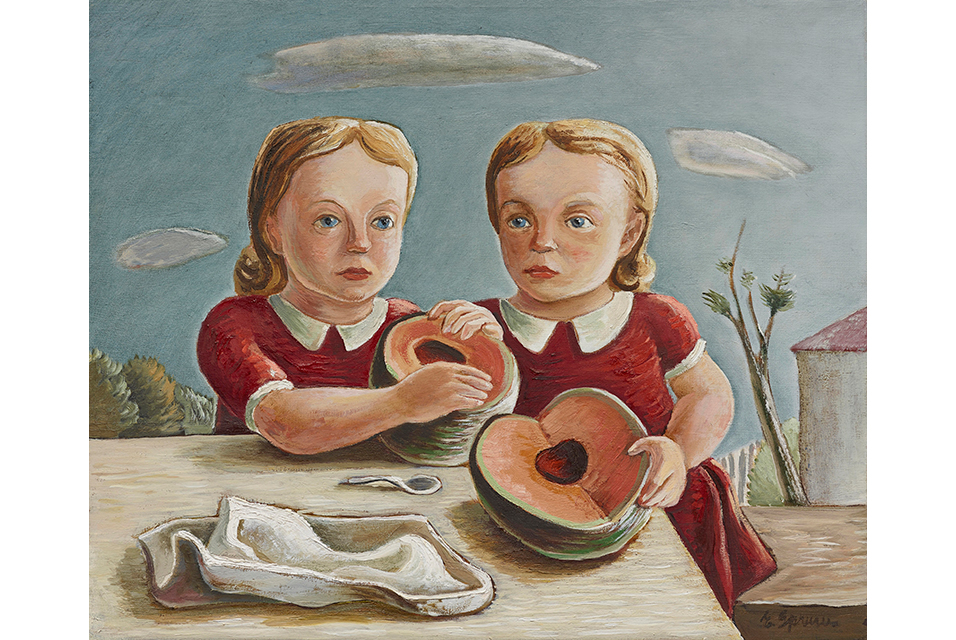 “The Carter is committed to providing leading scholarship in American art, examining areas of focus that have often been underrepresented or overlooked,” stated Andrew J. Walker, Executive Director. “Texas Made Modern: The Art of Everett Spruce resurfaces this great Texas artist by bringing together major paintings from his oeuvre, affirming his rightful place in the history of American art, and establishing that he was not a typical regionalist painter.”
Texas Made Modern presents a chronology that recreates Spruce’s journeys in search of inspiration. His travels to West Texas, Arkansas, the Hill Country, and Gulf Coast are captured through an array of works that display his exceptional skills and diverse approaches to his subjects. Accompanying the exhibition is an extensive catalogue, featuring new scholarship that for the first time addresses Spruce’s intentions with his art, as he employed modernist techniques to impart his spiritual communion with the land.
Early works that brought him national recognition, like Arkansas Landscape (1938), selected for exhibition in the Golden Gate International Exposition of 1939 and acquired a few years later by The Phillips Collection, reveal the artist’s ability to evoke the uncanny and otherworldly aspects of nature in a landscape view of the Ozarks. Ten years later, works such as Century Plant (1948), now in the collection of the New Orleans Museum of Art, prompted a critic for the New York Times to comment that the painting, which depicts an abstracted, colorful agave, “achieves an almost epic dimension.” By late in his career, while still expressing his deeply felt responses to the land, Spruce conveyed the mystique of the Texas prairie in Near Rock Springs (1975), where earth touching sky exudes transcendental qualities.
“More than merely describing the scenery of Texas, Spruce translated his beliefs in their mystical aspects onto the canvas. He served in some ways as an art ambassador for Texas. Through his work, he helped reshape misconceptions of the state’s culture and was applauded by his better-known colleagues like Marsden Hartley for his progressive work,” stated the curator of the project, Shirley Reece-Hughes, Curator of Paintings, Sculpture, and Works on Paper at the Carter.
By the mid-twentieth century, Spruce achieved a measure of celebrity as one of the most exhibited artists from Texas. He was featured in exhibitions across the country, including the Museum of Modern Art’s Americans 1942: 18 Artists from 9 States, and his work entered the collections of prominent national museums, including the Metropolitan Museum of Art, Museum of Modern Art, Whitney Museum of American Art, Dallas Museum of Art, Pennsylvania Academy of the Fine Arts, and Walker Art Center, among others. Over time, however, with the rise of Abstract Expressionism and Pop Art, Spruce and his work fell into obscurity. Texas Made Modernresurrects the artist’s career, placing new focus on his role as a key figure in the development of modern art in Texas and a vital contributor to the narrative of modernist landscape painting in America.
Texas Made Modern: The Art of Everett Spruce is organized by the Amon Carter Museum of American Art and supported in part by The Gayden Family Foundation, Heritage Auctions, The Summerlee Foundation, and the Alice L. Walton Foundation Temporary Exhibitions Endowment. Support for the exhibition catalogue comes from the Texas Art Collectors Organization.

Everett Franklin Spruce (1908–2002) was born near Conway, Arkansas, in the Ozark Mountain region. Influenced by the natural world around him, Spruce began drawing at a young age, and at the age of 17, he received a scholarship to study at the Dallas Art Institute (DAI). In 1931, he secured a job as a gallery assistant at the Free Public Art Gallery of Dallas, known today as the Dallas Museum of Art, where he would go on to become the Assistant Director from 1936–40 before joining the art faculty of the University of Texas at Austin, where he remained until his retirement in 1974. During the 1930s, Spruce’s association with the Dallas Artists League led to his involvement with the loosely structured artist collective known as the “Dallas Nine,” a group that openly incorporated European progressive theories and tenets into their personal idiom. In 1932, Spruce began to receive critical acclaim, which continued throughout his professional career. In 1936, his work was included in the Third Biennial Exhibition of Contemporary American Painting at the Whitney Museum of American Art, and in 1937 he exhibited his first solo show in New York. In addition to pieces held by private collectors, his work is included in the collections of many major museums, including the Metropolitan Museum of Art, Museum of Modern Art, Whitney Museum of American Art, Dallas Museum of Art, Pennsylvania Academy of the Fine Arts, Walker Art Center, The Phillips Collection, and more. He received numerous prizes throughout his career, and his work is highlighted in many publications.
Posted by Jonathan Kantrowitz at 8:23 AM

Gauguin and the Impressionists: Masterpieces of the Ordrupgaard Collection.

We present the video on Vida Americana: Mexican Muralists Remake American Art, 1925–1945 at the Whitney Museum in New York. The exhibition questions the historiography that demonstrates the impact that the leading Mexican muralists, José Clemente Orozco, Diego Rivera, and David Alfaro Siqueiros, had on the artistic practices on American art.

Posted by Jonathan Kantrowitz at 4:59 AM