National Gallery of Art
Posted by Jonathan Kantrowitz at 1:14 PM


50 works of French, Spanish, Italian, Flemish, Dutch and German Baroque painting can now be seen as ‘new neighbours’ in dynamic constellations. Masterpieces by Rubens, Rembrandt and other Baroque masters are being made accessible to the general public once again in this way following the closure of several rooms in the Alte Pinakothek for renovation.

The exhibition addresses four different themes through the juxtaposition of these masterpieces: ‘Nature and Mythology’, ‘Portraits’, ‘Art in Rome around 1600’ and ‘Caravaggism’. One element linking the topics is the pictorial mise-en-scène of the human figure.

An additional common motif shared by the paintings in the first part of the exhibition is the landscape. Whether in the idealised Classical mood of Claude Lorrain or inspired by the pastoral Mediterranean way of life, as in the case of the Dutch who visited Italy, thoroughly different facets found expression in depictions of nature. The countryside and landscapes may also serve as a backdrop: for lovers, biblical and mythological scenes as well as chivalrous Rococo festivities.

Daphne, saved from Apollo’s clasp by turning into a laurel tree, renders the close relationship between mythology and nature visible in Poussin’s painting.

In portraits, landscapes laid out as a garden of love, underline marriage intentions and emotional ties. Connections between utterly different genres can similarly evolve through the inclusion of nature:

Murillo’s street urchins represent genre painting but the fruit they are hawking is equally well to be found in Dutch pronk still lifes too.

In the second part of the exhibition, the focus is on the true-to-life portrayals of expressive faces by Rembrandt and his pupils.

‘The Raising of the Cross’.

His pupils aspired to equal him: they repeatedly made close studies of the human physiognomy, as in the case here of Ferdinand Bol, Carel Fabritius and Nicolaes Maes.

The third part concentrates on one centre of art: Italy – and Rome in particular – attracted the most varied of painters over the centuries.

Artists such as Bartholomeus Spranger

from the Netherlands and Germany respectively traveled to Italy even before 1600 and examined works from Antiquity as well as contemporary developments.

Two contrary movements emerged around 1600 in Rome. Those artists following on from Caravaggio upheld a naturalist understanding of art, transforming mythological, religious but also secular subjects into powerful figures far removed from the everyday world, immersing these in a spotlight-like brilliance. The ideal of classical beauty in a balanced composition was propagated by another movement, with Guido Reni as one of its protagonists. The legacy of Ancient Rome influenced some artists their whole life –

Peter Paul Rubens | The Rape of the Daughters of Leucippus, 1618

even in the late works of Peter Paul Rubens reminders of Antiquity can still be found.


Posted by Jonathan Kantrowitz at 11:10 AM The Museum of Modern Art


The Metropolitan Museum of Art 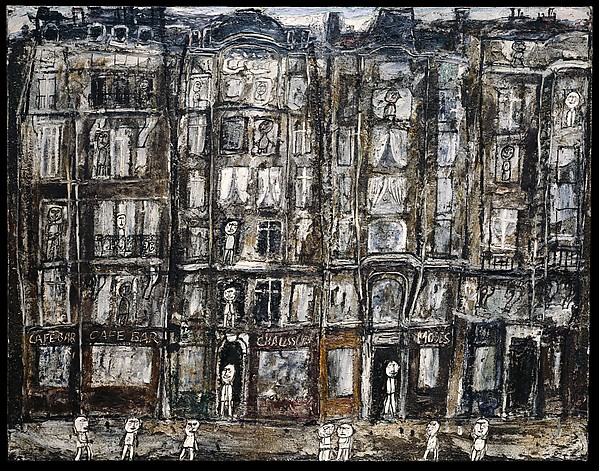 
Posted by Jonathan Kantrowitz at 5:53 AM