For Vincent Van Gogh, nature was the defining subject of his art. Over the course of his short but intense working life, Van Gogh studied and depicted nature in all its forms—from the minutia of insects and birds’ nests to the most sweeping of panoramic landscapes—creating a body of work that revolutionized the representation of the natural world at the end of the nineteenth century. Opening on June 14, 2015 and shown exclusively at the Clark Art Institute, Van Gogh and Nature is the first exhibition devoted to the artist’s abiding exploration of nature in all its forms.

Van Gogh’s focus on nature was rooted in his love of the art of his time, both the landscapes created by Barbizon School artists and the highly-keyed, quickly brushed paintings of the Impressionists, but he brought a personal passion and subjective sensibility to his work that continues to enthrall art lovers to this day. Much of the artist’s adult life was devoted to drawing and painting the natural world, yet this fundamental aspect of his work has not previously been the focus of intense study.

Presenting fifty works including iconic paintings such as 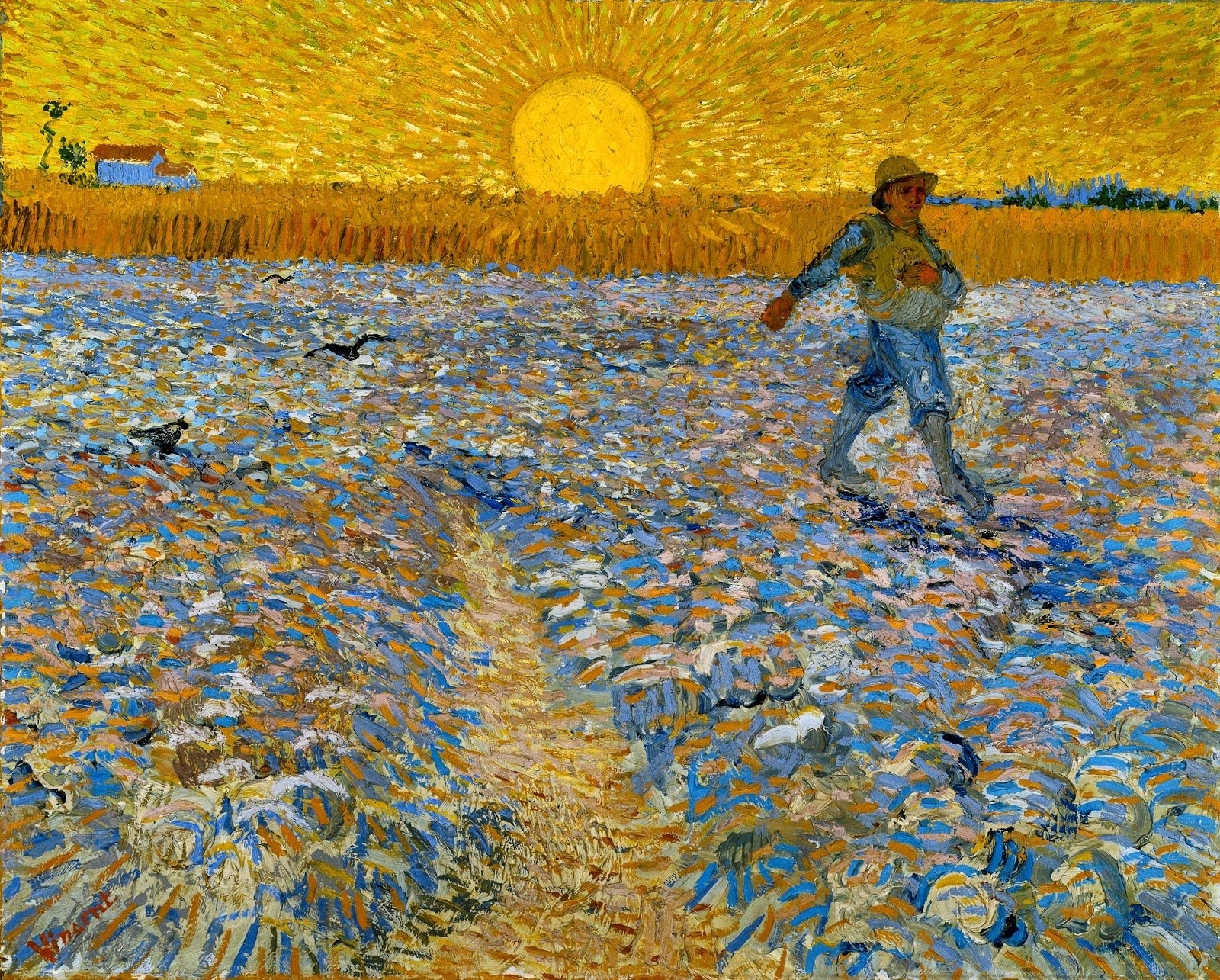 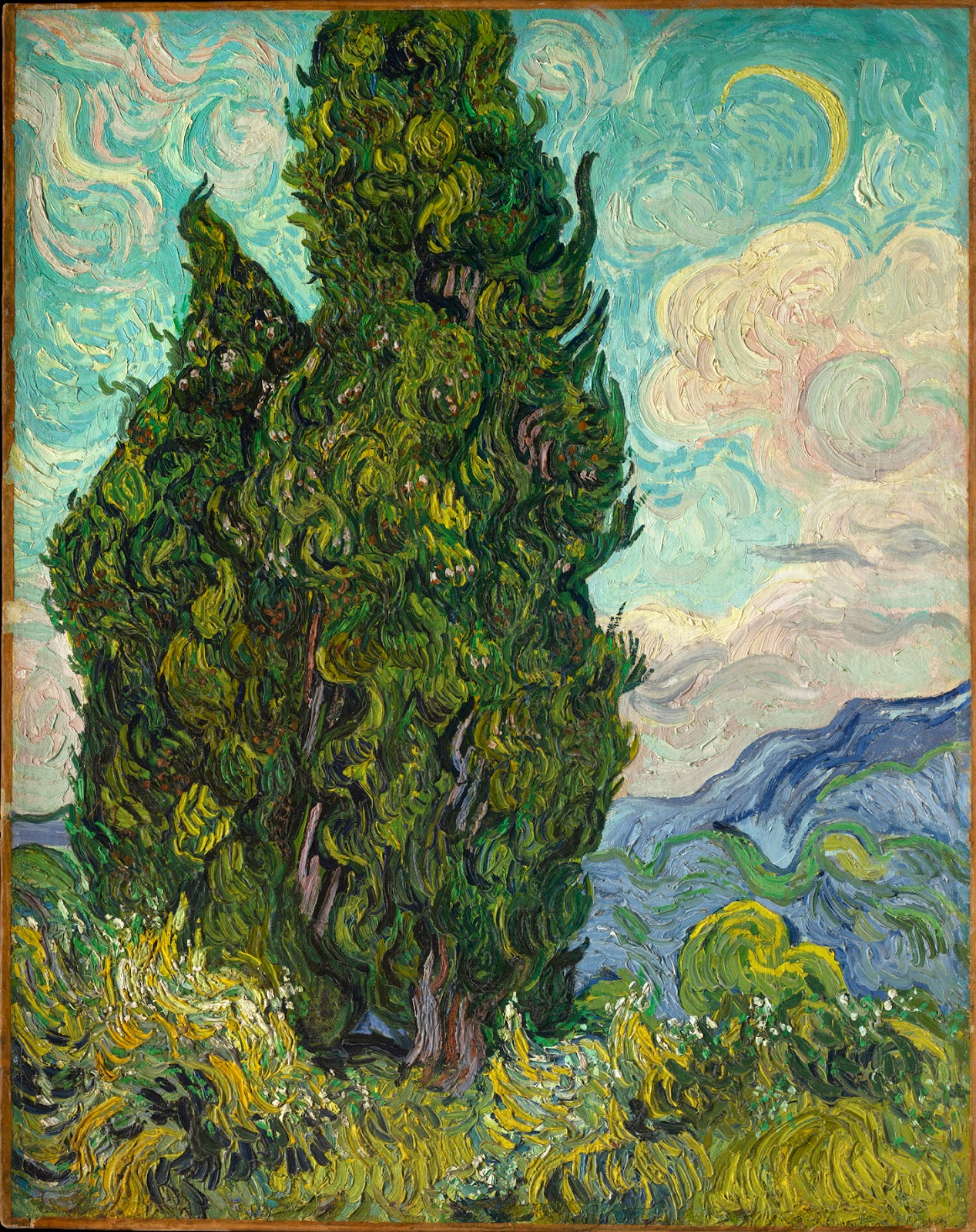 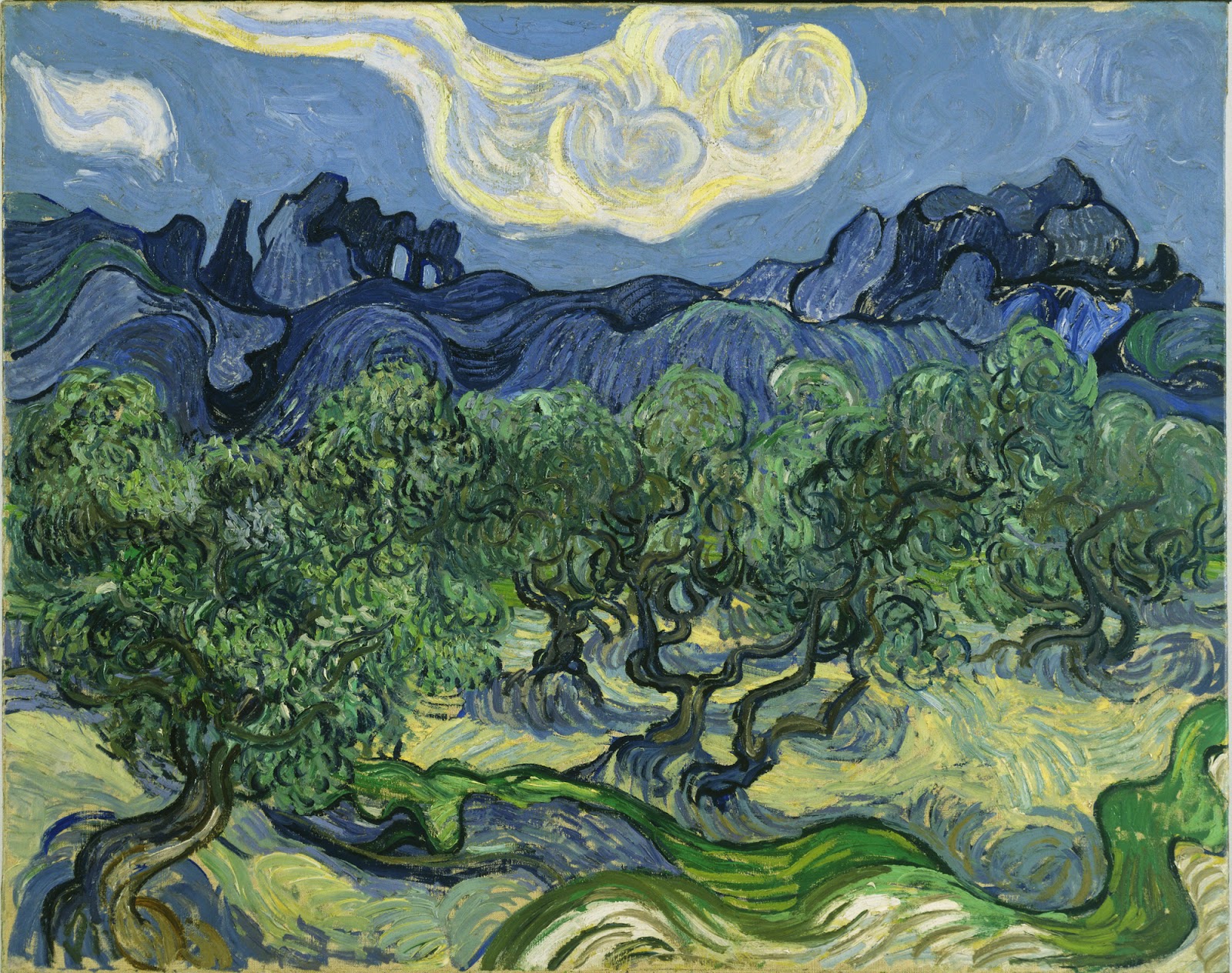 the exhibition focuses on Van Gogh the serious artist, not on the mythic “tortured painter” of film and fiction. Van Gogh is presented as a thoughtful and meticulous student of nature who found solace and personal fulfillment in studying and enjoying the natural world.

“We are delighted to have the opportunity to present this unique look at Vincent van Gogh’s life and work. We believe Van Gogh and Nature will resonate strongly with visitors, particularly within the Clark’s transformed campus landscape which is so deeply connected with the beauty of our natural setting, and will invite visitors to contemplate Van Gogh’s experiences while enjoying the beauty of the Berkshires,” said Michael Conforti, the Felda and Dena Hardymon Director of the Clark. “This incredible exhibition is a testament to the power of thought and deed. We are indebted to a brilliant curatorial team headed by our curator at large Richard Kendall and the many lenders to and supporters of the exhibition.”

Noted Van Gogh scholars Chris Stolwijk and Sjraar van Heugten joined Clark curator at large Richard Kendall as co-curators of the exhibition. A former curator at Amsterdam’s Van Gogh Museum, Stolwijk is the director of RKD/Netherlands Institute for Art History, while van Heugten, the former head of collections at the Van Gogh Museum, is now an independent curator.

“Van Gogh has long been a subject of great interest to me and I am thrilled to be able to present a fresh view and greater understanding of him to the public,” said Kendall. “Working with these exceptional scholars has been a tremendous experience as we have learned so much about Van Gogh that has been lost in all of the hyperbole about his life and career. This exhibition allows us to clear up many of these misperceptions and helps people to understand Van Gogh in a new light.”

Works included in the exhibition are on loan from many of the most noted collections of the artist’s works, including the Van Gogh Museum, Amsterdam; the Kröller-Müller Museum, Otterlo; the Museé d’Orsay, Paris; the National Gallery, London; the Ny Carlsberg Glyptotek, Copenhagen; The Metropolitan Museum, New York; and the Museum of Modern Art, New York.

The curators draw extensively from Van Gogh’s letters and from research into the artist’s deep interest in literature and science to explore the influences and themes that dominate much of his work. From his earliest letters to his last great drawings and paintings, Van Gogh showed an extraordinary fascination with the natural world. Youthful studies of trees, flowers, and heath-land were accompanied by verbal descriptions of the changing seasons, while increasingly ambitious pictures showed many aspects of the Dutch landscape. In 1874 he wrote to his brother Theo: “Always continue walking a lot and loving nature, for that’s the real way to learn to understand art better and better. Painters understand nature and love it, and teach us to see.”

In Van Gogh’s earliest works he depicted Holland as a country with distinctive topography, weather, and flora and fauna. Well educated and with some knowledge of botany and natural history, the artist’s  correspondence showed a precocious awareness of bird, flower, tree, and plant species from his immediate environment. The remarkable drawing reveals that many of these preoccupations were evident at an early stage.

His travels to England, Belgium, and France brought new encounters with nature and a shift from the biblical perspectives of his youth to modern attitudes influenced by contemporary authors and expanding scientific knowledge. Late in his life, most notably while in Arles and Saint-Rémy, Van Gogh painted elemental landscapes in snow, wind, rain, and sunshine, while making incisive images of insects, leaves, and rocks that reflect his knowledge of museums and illustrated publications.

Van Gogh moved to Paris in early 1886, not only putting Holland behind him but also confronting many of the values and preoccupations of modern Europe. Long familiar with the novels of Zola, Daudet, and the Goncourt brothers, he tackled their city in paint and responded to its curious conjunctions of new and old, the natural and the artificial. Paintings of cultivated flowers, such as Imperial Crown Fritillaries in a Copper Vase (1887, Musée d’Orsay),(above) stood in contrast to depictions of modest blooms picked from parks and building sites. Rather than paint the grand boulevards of Paris, Van Gogh chose the village of Montmartre and other suburban areas, discovering dense thickets in urban parks where—as in

sunlight barely reached through the gloom. In his letters of this time, Van Gogh cited such radical thinkers as Jules Michelet and Ernest Renan, while as an artist he explored the daring new approaches to color and landscape pioneered by George Seurat, Émile Bernard, and Henri de Toulouse-Lautrec.

The most dramatic shift in Van Gogh’s engagement with nature undoubtedly occurred when he moved to Provence in 1888. Dandelions (1889, Kunstmuseum Winterthur) (above) exemplifies his close study of a subject that inspired a new kind of sustained attention to natural form. Little noticed until now are a number of drawings and other studies from this period that record Van Gogh’s scrutiny of individual flowers, insects, and birds, reminding us of his early education and his enquiring mind. At the other extreme, the artist often emphasized the dramatic rhythms of the landscape itself, in which fields and trees resonate in unison and entire hillsides seem animated. Olive Trees (1889, The Museum of Modern Art, New York),  (above) depicting a mountainous landscape, is dominated by such rhythms, its “savage” qualities contrasted with the decadent character of Paris that Van Gogh commented upon in his writings.

Several of these preoccupations continued into the artist’s last months at Auvers, set in the lushness of northwest France. Van Gogh celebrated the fecundity of this new setting and the drama of clouds and rain-filled skies until his final days. During this period the audacity of his compositions was sometimes as extreme as his gestural draftsmanship and his bold approach to color and tonality. Some canvases were dedicated to an expanse of variegated cultivated crops while others, such as 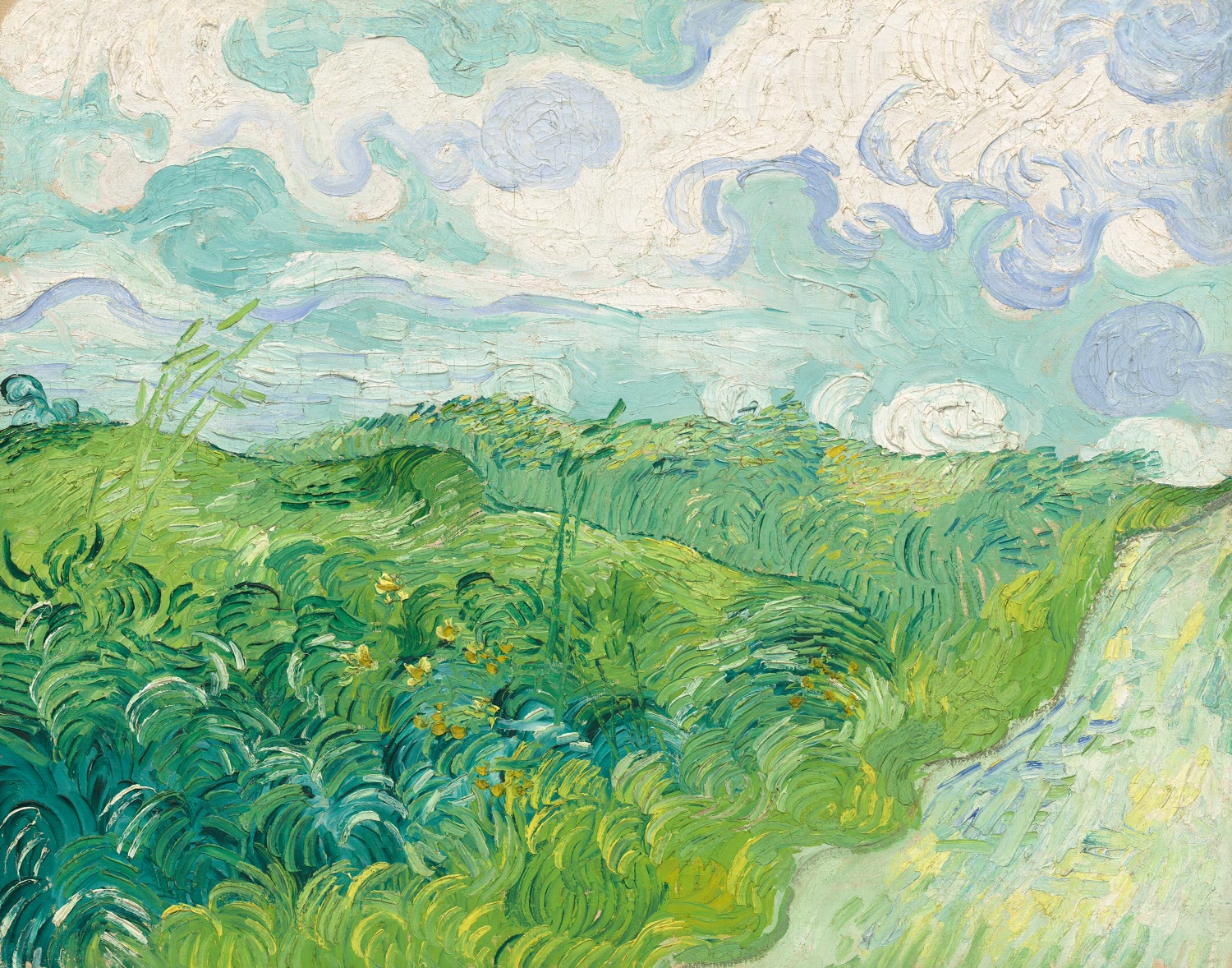 
exclude almost every trace of human culture in favor of light, earth, and natural growth. Painting outdoors every day in all types of weather conditions, Van Gogh’s ambition to create bold, authentic statements about the natural world seems to have been undiminished. In Rain–Auvers (1890, National Museum of Wales, Cardiff)(above), one of several monumental “double square” canvases created in the last weeks before his death, the artist carried his experiments in the presence of nature further than ever, painting earth and sky and the elements themselves.

Van Gogh and Nature also considers the artist’s fascination with nature in a broader perspective by presenting pictures and objects from the Clark’s permanent collection that evoke his wider engagement with nature. Included in the exhibition are Tulip Fields at Sassenheim (Claude Monet, 1886), which Van Gogh saw on exhibition in 1886;

Also in the exhibition are the books La vie et l'oeuvre de J.F. Millet by Alfred Sensier (a copy of which Van Gogh owned), and La nature chez elle by Theophile Gautier, which current research has revealed as a source for the artist’s early drawings, as well as copies of popular books that Van Gogh read and valued for their information about the natural world.

Van Gogh and Nature is accompanied by a fully illustrated catalogue with essays by curators Richard Kendall, Chris Stolwijk, and Sjraar van Heugten. The catalogue is distributed by the Clark and Yale University Press.