Venice in the Age of Canaletto

Paintings by Giovanni Antonio Canal—better known as Canaletto—one of Venice’s most important artists, were among the objects in the exhibition Venice in the Age of Canaletto, on view at the Memphis Brooks Museum of Art from February 14 to May 9, 2010.


Inspired by Canaletto’s marvelous and expansive painting The Grand Canal from Campo di San Vio —a gift to the Brooks from the Samuel H. Kress Foundation—this exhibition celebrated the artist within the context of Venice during the city’s last, and most opulent, artistic efflorescence. This period, which spans the eighteenth century, saw the city transformed into a glittering destination for wealthy European tourists on the Grand Tour. Venice’s exotic setting, gambling dens, grand pageants, and famous carnival season were enhanced by its extraordinary cultural heritage. 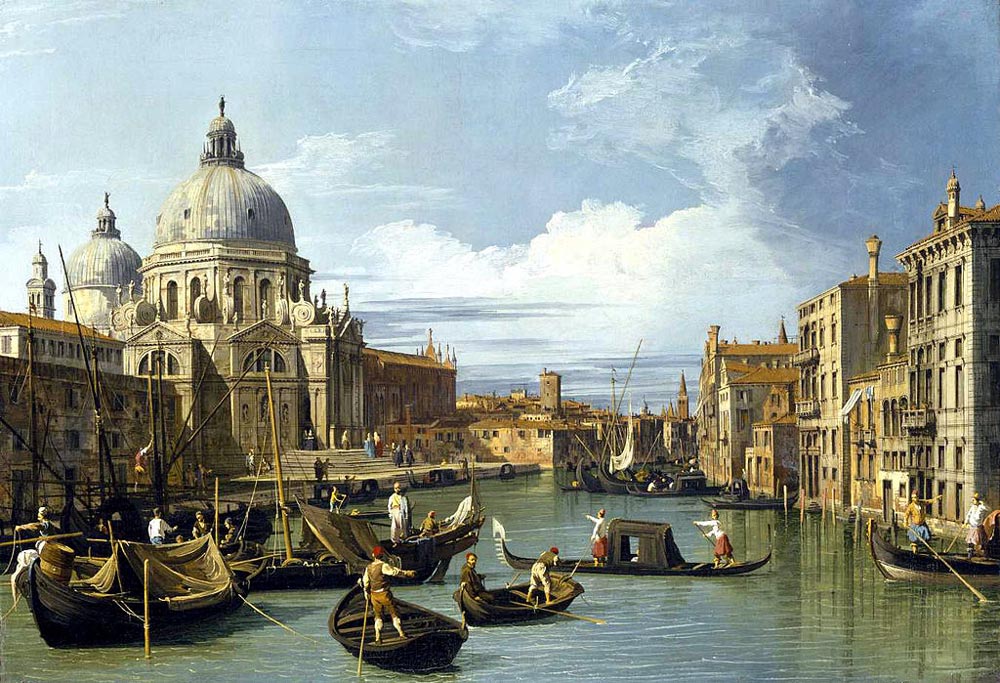 Canaletto - The Grand Canal and the Church of the Salute

Canaletto is best known for his paintings that document immediately recognizable views of the city. Yet, for all their ability to capture Venice’s modern cityscape, his work is cool and detached, standing in stark contrast to the richly colored and exuberant work of his contemporaries Sebastiano Ricci - The Adoration of the Magi

and Francesco Guardi, whose paintings evocatively capture the decadence, splendor, and beauty of city that was known as the “Drawing Room of Europe.” The tension between these contrasting artistic styles was the focal point of the exhibition’s examination of Venice during Canaletto’s time and the cultural movements surrounding his development as a vedutista, or view painter. 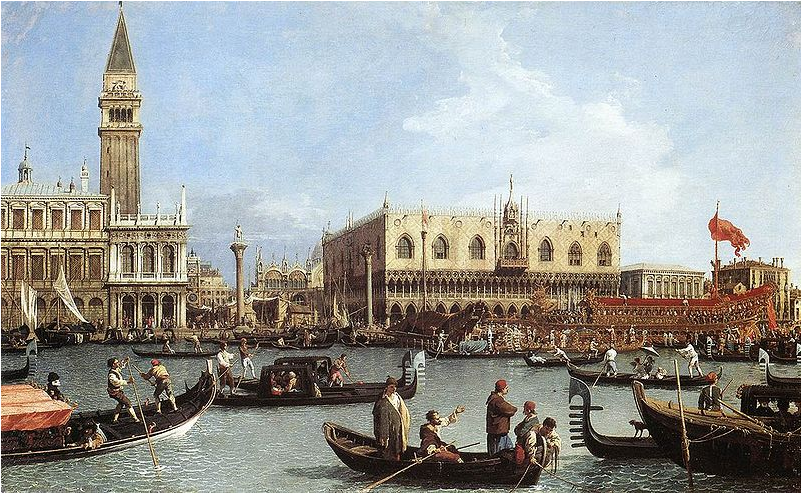 Canaletto - 'The Bucintoro at the Molo on Ascension Day'

A collaborative effort between the Brooks and the John and Mable Ringling Museum of Art in Sarasota, Florida, Venice in the Age of Canaletto offered a rare look at sumptuous paintings, as well as prints, furniture, and textiles from the city’s golden age. Objects from the Brooks’ and the Ringling’s permanent collection were complemented by approximately 40 loans from collections across the United States, including the Isabella Stewart Gardner Museum, J. Paul Getty Museum, Metropolitan Museum of Art, Minneapolis Institute of Arts, National Gallery of Art, and Philadelphia Museum of Art.

As a complement to the exhibition, the Brooks published a beautiful, fully illustrated catalogue, This volume includes essays by the curators and guest authors, William Barcham, Leslie and E.J. Johnson, as well as scholarly entries on all the objects in the exhibition. The exhibition also featured a video component, created by Ralph Lieberman, which offered visitors the experience of a gondola ride on the grand Canal. A comprehensive audio tour was also offered as part of museum admission.

Located in the heart of historic Overton Park in Midtown Memphis, the Memphis Brooks Museum of Art is the oldest and largest encyclopedic art museums in the state of Tennessee. The permanent collection of over 8,500 works of art includes African art, ancient works from Greece and Rome, Renaissance masterpieces from Italy, English portraiture, contemporary art, and a growing collection of photographs and regional art. In addition to showcasing its permanent collection, the Brooks also hosts several traveling exhibitions throughout the year, as well as a full calendar of dynamic programs for children and adults.

Posted by Jonathan Kantrowitz at 9:19 AM