THE BROAD OPEN IN LOS ANGELES WITH PANORAMIC EXHIBITION OF MASTERWORKS


The Broad is a new contemporary art museum founded by philanthropists Eli and Edythe Broad on Grand Avenue in downtown Los Angeles. The museum, which is designed by Diller Scofidio + Renfro in collaboration with Gensler, opened September 20, 2015 with free general admission. The museum will be home to the 2,000 works of art in the Broad collection, which is among the most prominent holdings of postwar and contemporary art worldwide. With its innovative “veil-and-vault” concept, the 120,000-square-foot, $140-million building will feature two floors of gallery space to showcase The Broad’s comprehensive collection and will be the headquarters of The Broad Art Foundation’s worldwide lending library. For more information on The Broad and to sign up for updates, please visit www.thebroad.org
'
Exhibition Highlights 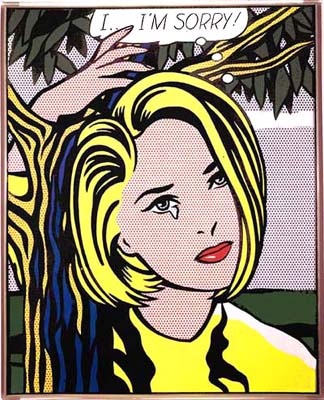 The third-floor galleries will also feature works dating from the 1970s by Richard Artschwager and Chuck Close. Concentrated installations of art from New York’s East Village and Soho scenes of the 1980s reflect the Broads’ passionate immersion in that era as collectors. Highlights from the collection’s incomparable paintings by Jean-Michel Basquiatare prominently featured, as are strong representations by Cindy Sherman, drawn from The Broad’s largest collection in the world of her works; Sherrie Levine, including Fountain (Buddha), 1996, her appropriated version in cast bronze of the porcelain urinal that Marcel Duchamp famously and notoriously exhibited in 1917 as Fountain; Barbara Kruger’s iconic Untitled (Your body is a battleground) from 1989; as well as works by Jack Goldstei nand others.

Artists whose work came to the fore in the 1990s include Glenn Ligon, Andreas Gurskyand Julie Mehretu,all of whom have significant representations in the inaugural exhibition. A recent work by Mehretu, Cairo, 2013, a vast, swirling, ink-and-acrylic representation of the architecture, atmosphere and social dynamism of the Egyptian capital during the political turbulence of the Arab Spring, isfeatured in the large entry gallery on the third floor. Works from the 1980s and 1990s highlight the Broads’ intensive and sustained engagement with artworks containing tough social and political content, found in the work of artists like David Wojnarowicz, Cady Noland, Kara Walker, Anselm Kiefer and Mike Kelley. The collection’s abiding interest in sometimes biting, confrontational imagery critical of some of the most traumatic passages and challenging issues in American and European modern history plays a major role in the installation.

Anselm Kiefer’s masterwork Deutschlands Geisteshelden, addressing the recovery of Germany from the ravages of World War II, is shown in relationship with German artist Joseph Beuys’ multiples, selected from the Broad’s 570-work Beuys multiples collection, the most comprehensive set of these key works in the Western U.S.

Galleries on the 15,000-square-foot first floor focus almost exclusively on the collection’s most recent artworks, dating from 2000 to the present—many of which will have their debut showing in Los Angeles. Those works include Yayoi Kusama’s Infinity Mirrored Room, 2013, a mirror-lined chamber housing a dazzling and seemingly endless LED light display;

and The Visitors, 2012, by Ragnar Kjartansson, a 360-degree, nine-screen video projection that surrounds the viewer with images of the artist and his musician friends performing within different rooms of a derelict historic mansion, a highly poignant contemplation on collaboration and the creative process.

About the Broad Collection

The Broad collection includes The Broad Art Foundation and The Eli and Edythe L. Broad Collection, which together hold 2,000 works of postwar and contemporary art. With a strong desire to advance public appreciation for contemporary art, the Broads established The Broad Art Foundation in 1984 as a way to keep these works in the public domain through an enterprising loan program that makes the art available for exhibition at accredited institutions throughout the world. The Broads continue to actively add to the collection through strategic acquisitions focused on expanding the representations of an artist’s work and broadening the scope of the collection. The result is a lending library of contemporary art and an expansive collection that is regularly cited as among the top in the world.