Correggio and Parmigianino. Art in Parma in the 16th Century

The Scuderie del Quirinale is hosting an exhibition, Correggio e Parmigianino. Arte a Parma nel Cinquecento (Correggio and Parmigianino. Art in Parma in the 16th Century)  seeking to introduce its visitors to the fabulous art of Parma in the first half of the 16th century, proving that the great art of the Italian Renaissance was not limited solely to the three main centres of Florence, Venice and Rome.

This golden age in Parma was primarily a product of the genius of its unquestioned protagonists Correggio (1489–1534) and Parmigianino (1503–40).  From the artistic output of Correggio, who travelled to Parma at the height of his career and stayed there for the rest of his life, the exhibition will be hosting not only a selection of masterpieces that illustrate his ability to convey an astonishing range of emotion and sentiment in religious paintings, but also some of his celebrated mythological paintings which were to have such a huge influence on later artists.

In the case of Parmigianino, who worked in Rome and in Bologna, the exhibition will not only be hosting a selection of his religious and mythological paintings but will also be highlighting his spectacular achievements in the field of portraiture.


In addition to their paintings, a selection of the two masters' graphic work will serve to point up the their radically different attitude to drawing, Correggio's basically functional approach contrasting with the incomparably richer and more varied output of Parmigianino, whom one might almost call a compulsive draughtsman.


In addition to these two great masters, whose work will of course comprise the meat of the exhibition, we will also be showing paintings and drawings by four other artists of the so-called School of Parma – Michelangelo Anselmi, Francesco Maria Rondani, Girolamo Mazzola Bedoli and Giorgio Gandini del Grano – who, while perhaps less well-known, were nevertheless equally talented, their work bearing out the contention that one of the most remarkable effects of Correggio's and Parmigianino's presence in Parma was precisely the emergence of a circle of pupils and followers.  This section will also contain numerous little-known works that are virtually impossible to see because they are either in private collections or have never been displayed in public before now. the Barrymore Madonna from the National Gallery of Art in Washington,

the Portrait of a Lady from the State Hermitage Museum in St. Petersburg,

the Martyrdom of Four Saints from the Galleria Nazionale in Parma,


the Noli Me Tangere from the Museo del Prado in Madrid, 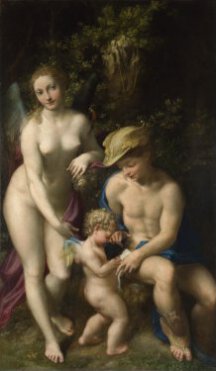 Correggio | Venus with Mercury and Cupid ('The School of Love')


the School of Love from the National Gallery in London 
and the Danaë from Rome's Galleria Borghese.

The exhibition is to be curated by Professor David Ekserdjian, who has devoted the last thirty-five years of his life to studying the School of Parma, producing numerous publications of merit in the process, including monographs on Correggio (1997) and Parmigianino (2006), both of which are widely acknowledged to have made a crucial contribution to the study of Italian art in the 16th Century. 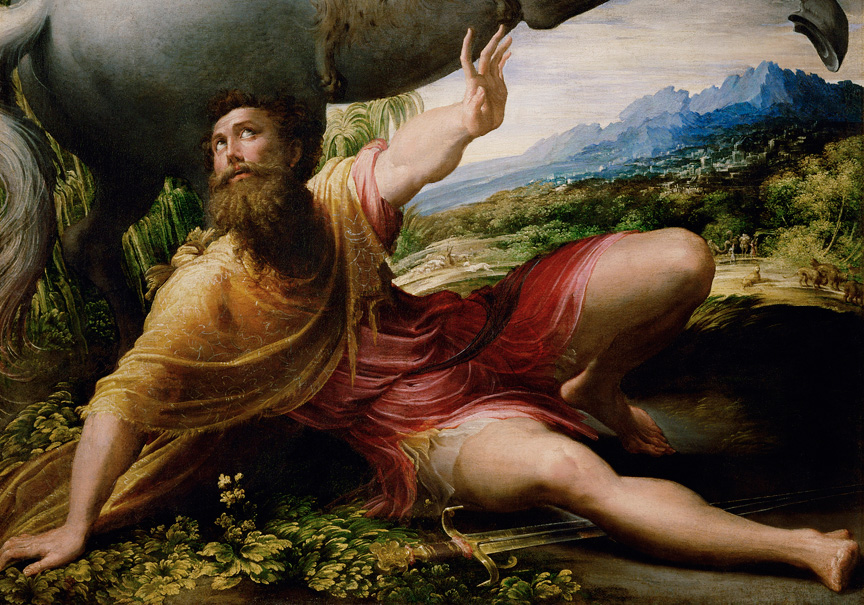 Posted by Jonathan Kantrowitz at 5:26 AM