The Chrysler Museum of Art will explore the heights of the American watercolor movement in Watercolor: An American Medium. On view Feb. 21–June 23, 2019, the exhibition features spectacular works by the leading watercolor artists of the 19th century as well as modern artists.

The exhibition includes selections from the Chrysler Museum of Art’s collection of works on paper, as well as works borrowed from collections throughout Hampton Roads, including the Hampton University Museum and several private owners. Because the watercolors in the Chrysler’s collection are especially sensitive to light, they are only displayed for limited periods to preserve the richness of their color.  This exhibition offers a rare opportunity to view some of the Chrysler’s hidden gems. “Bringing together these works from the Chrysler and its community allows for exciting juxtapositions and a fuller picture of the history of the American watercolor movement,” said Corey Piper, Ph.D., Brock Curator of American Art at the Chrysler. ,

During the second half of the 19th century, watercolor painting developed into a significant force in American art. By the turn of the century, the popularity of watercolor, as well as its boldness, directness and cheerfulness, led many critics to proclaim watercolor the “American Medium.” Working in a wide range of styles and motifs, amateur and professional artists produced watercolors of technical brilliance and captivating beauty that pushed the boundaries of the medium and positioned watercolor at the leading edge of American art.

The arrival of watercolor as a major genre in American art can be traced to the founding of the American Society of Painters in Water Colors in 1866. Watercolor had long been popular in the United States, but it was largely considered a medium best suited to amateur artists or specialists, such as naturalists and miniature painters. The Society’s first exhibition in 1867 drastically altered this trajectory, and America’s leading artists increasingly viewed watercolor as a serious creative and commercial pursuit.

Watercolor continued to attract the attention of the country’s most well-known artists through the end of the 19th century. The Chrysler’s exhibition follows the history of watercolor into the 20th century when it became an important medium for artists at the forefront of American modernism and played an important role in the development of abstraction and other modern stylistic developments.

Beyond tracing the historical development of watercolor in the United States, the Chrysler’s exhibition explores the variations in technique and different approaches taken by forward-thinking American artists. The works reveal that the American watercolor movement was defined by experimentation as artists continually pursued innovative methods and effects.

“The technical achievements and beauty of these watercolors really are astounding,” said Piper. “I hope that visitors to the exhibition will leave not only with a deeper understanding of watercolor’s place in the history of American art but also an appreciation for the versatility, exuberance and delightfulness of the watercolor medium. ” 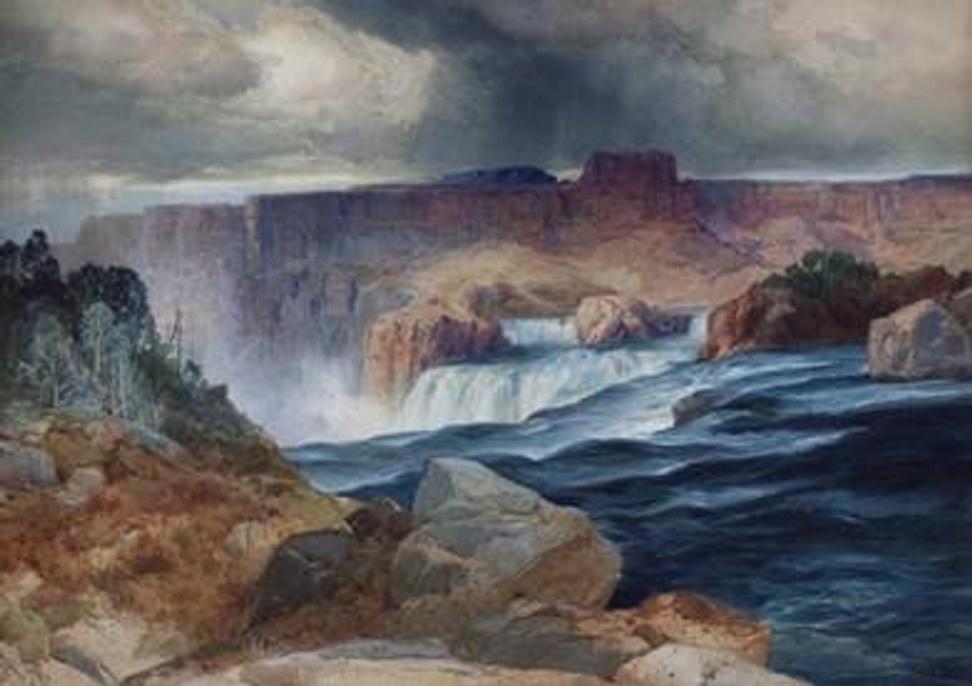 Posted by Jonathan Kantrowitz at 7:38 AM