Charles E. Burchfield’s landscapes reflect his cinematic vision. During the early twentieth century, when much of American landscape painting reflected pleasant silent scenes, he envisioned artwork that captured nature’s constantly shifting activity. During his art school days, he became fascinated with depicting, within a single artwork, a span of time—not just a solitary moment—as he admired in Chinese scroll paintings dating from centuries earlier. Actively flowing streams or forceful stormy gales bring balmy and bracing weather events to life. Sounds emerge, such as bird calls and insect cacophony, through his invention of a personal visual language of audio-cryptograms to symbolize each distinctive pitch and ricocheting rhythm. 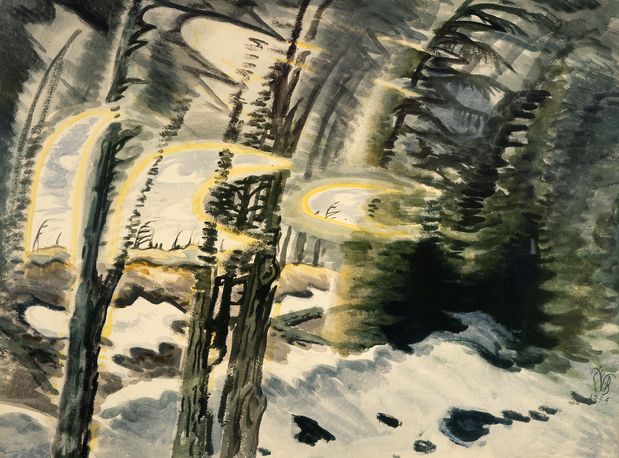 In addition to his finding quintessential representations of months and seasons, Burchfield entered the imaginary realm by foreshadowing the change of seasons. He loved that unpredictable transitional period when the characteristics of one season collide with another, vacillating day to day, week to week, in scenes where the imminent arrival of the next season hovers enticingly in the distance. In drawing and painting both his immediate and memorable experiences, Burchfield hoped others could insert themselves in his biosphere and share his profound love of the natural world. 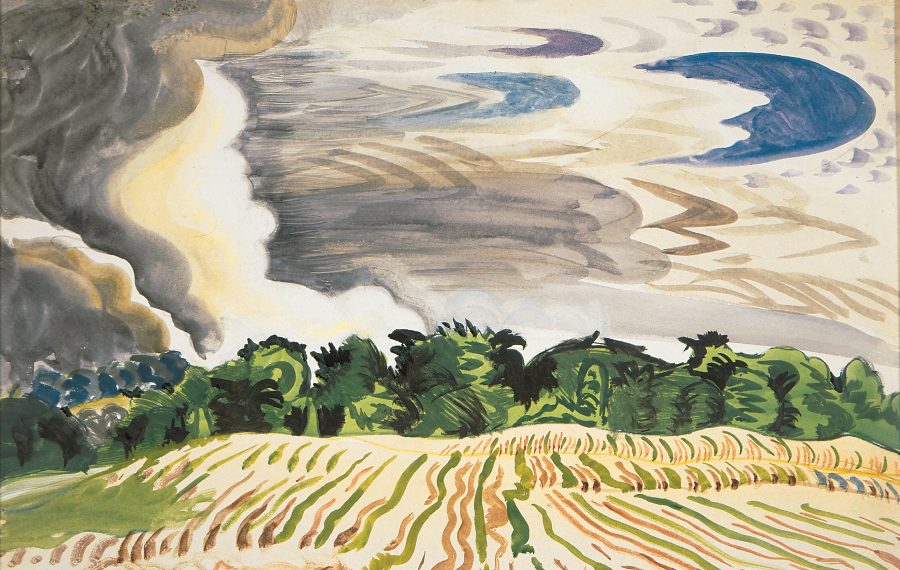 
There are other transitions to consider as well when looking at Burchfield’s life and work. As one would expect from a maturing artist, Burchfield’s methods and style of artmaking transitioned from early, humble renditions of slightly abstracted landscapes to an increasingly complex and thoroughly unique approach to watercolor painting. His late works are rich with symbols, sounds, and visionary elements that reveal his acute intellectual inquiry and a life-long, deep reverence for music.

The exhibition includes a significant number of artworks that have never been shown before at the museum, thanks to generous loans from a private collector, the Malof Family, the Parisi Family, and the DC Moore Gallery and Menconi + Schoelkopf in New York. They will be exhibited with works from the Burchfield Penney Art Center’s collection and the museum’s Charles E. Burchfield Foundation Archives, including studies being shown for the first time since their acquisition in 2006.
Posted by Jonathan Kantrowitz at 7:14 AM