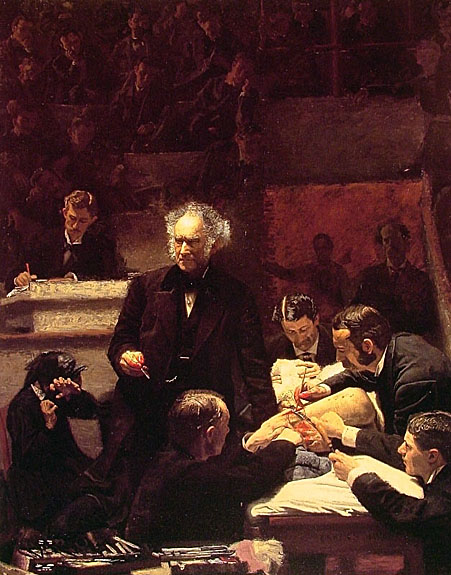 The Gross Clinic of 1875 is the most renowned work created by the great Philadelphia painter Thomas Eakins (1844-1916) and a landmark in the history of 19th-century American art. In late 2008, the Philadelphia Museum of Art and the Pennsylvania Academy of the Fine Arts, joint owners of The Gross Clinic, initiated a plan to evaluate the condition of the painting, to research its conservation history, and assess the potential benefits of an effort to clean and restore it. The resulting study of The Gross Clinic and numerous other Eakins paintings made clear the potential of a new conservation treatment that would address the problems caused by an aggressive cleaning of the painting’s surface in the 1920s.

An Eakins Masterpiece Restored: Seeing ‘The Gross Clinic’ Anew enabled visitors to appreciate the painting in new ways, exploring its creation, its critical reception, and the physical changes it has experienced over time. Following a sensitive treatment of the painting, which was carried out in recent months by the conservation staff of the Philadelphia Museum of Art and the Pennsylvania Academy of the Fine Arts, the exhibition (July 24, 2010 - January 9, 2011) culminated an extensive study that yielded a comprehensive understanding of the painting’s original appearance, and documented the changes that had occurred to it over time.

The exhibition conveyed the remarkable initial public reaction to The Gross Clinic, using source materials from the Centennial that include news accounts expressing the range of response, from awe and praise to outright horror. The first room situated The Gross Clinic at the Centennial, which was a massive world’s fair in Philadelphia that marked the nation’s first century, and where Memorial Hall was built to house the first historical survey of American art. Displayed in this gallery were photographs of Memorial Hall showing art that was exhibited, including five works by Eakins but not his masterpiece, because The Gross Clinic was relegated to the U.S. Army medical post model. Also displayed were images of the Pennsylvania Academy of the Fine Arts, where Eakins had studied and taught from 1876-1886, as well as a biography of the famed Dr. Samuel D. Gross, a leading physician at Jefferson Medical College whom Eakins immortalized in The Gross Clinic.

At the core of the exhibition was the room devoted to Eakins’s major medical paintings. With The Gross Clinic was seen the 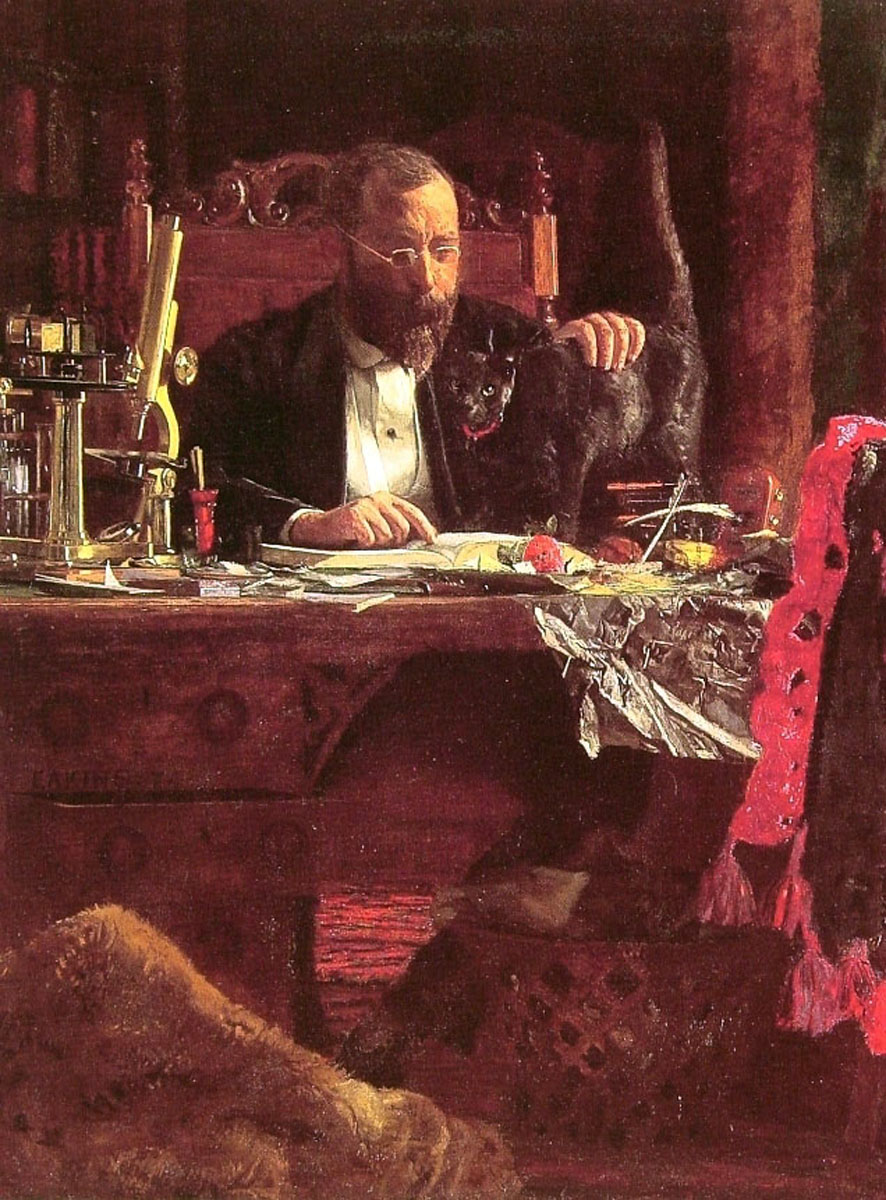 Portrait of Dr. Benjamin H. Rand of 1874 (Crystal Bridges Museum), which was the artist’s first full-length portrait of a doctor, also presented at the Centennial Exhibition, and

The Agnew Clinic of 1889 (owned by the University of Pennsylvania). In stark contrast to The Gross Clinic where the doctors are wearing street clothes, The The Agnew Clinicshows 14 years later a more modern medical team wearing surgical whites.

Three surviving preparatory studies for The Gross Clinic and a new full-sized X-radiograph were on view in a third room providing insight into Eakins’s painting process, supplemented by texts explaining the artist’s commitment to an ideal of pictorial tone and color.

This room also contained photographs of The Gross Clinic that documented changes that restorers made over the years, having mistaken Eakins’s subtly adjusted tones and contrasts for surface grime. In addition are case studies from other works treated by Mark Tucker, including Eakins’s 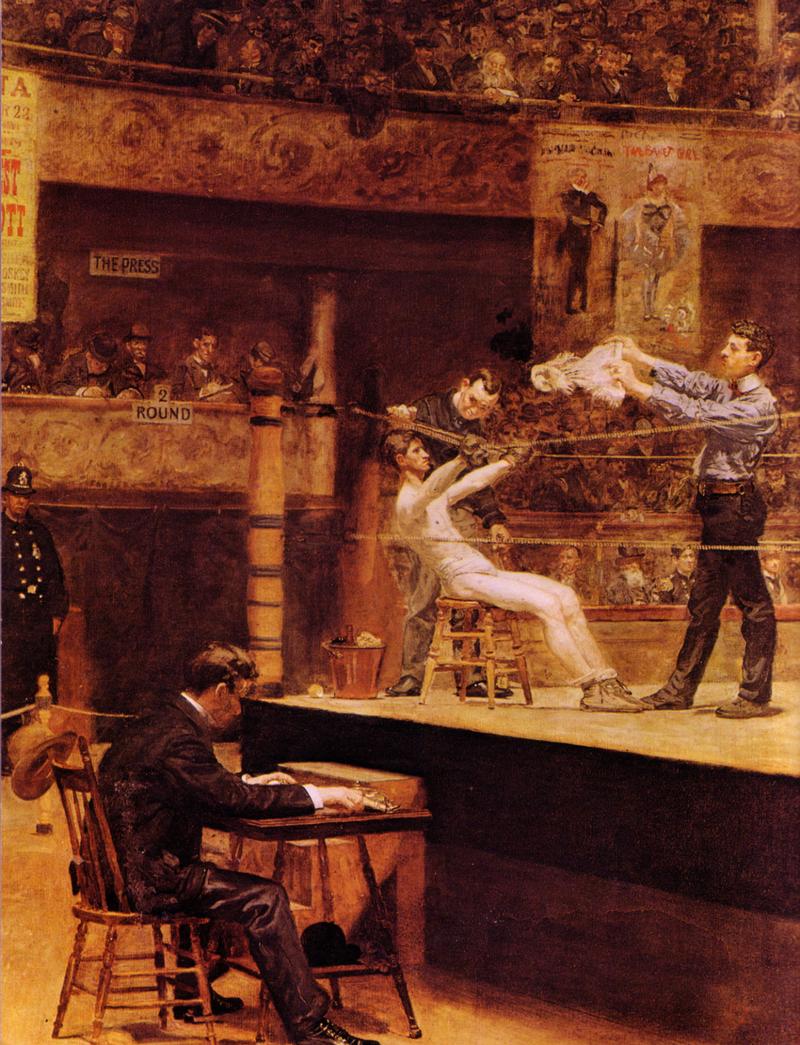 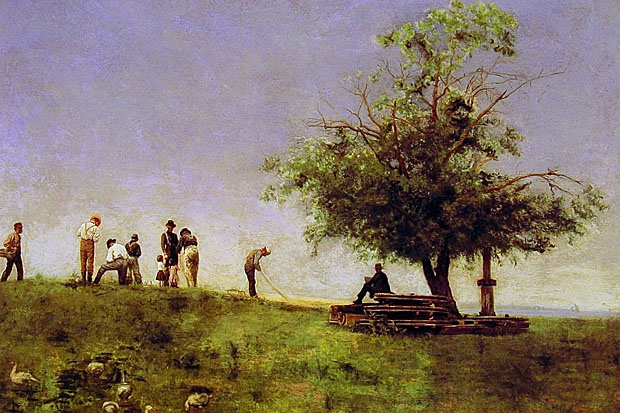 
Posted by Jonathan Kantrowitz at 10:58 AM