After the exhibitions showcasing Marcel Duchamp, René Magritte, André Derain and Henri Matisse, the Centre Pompidou continues its re-examination of key 20th century works by devoting a major exhibition to Francis Bacon. The last major French exhibition of this artist’s work was held in 1996 at the Centre Pompidou. More than twenty years later, Bacon : Books and Painting presents paintings dating from 1971, the year of the retrospective event at the national galleries of the Grand Palais, to his final works in 1992. Didier Ottinger is the curator of this innovative exploration of the influence of literature in Francis Bacon’s painting.

The exhibition includes six rooms along the gallery, placing literature at the heart of the exhibition. These rooms play readings of excerpts of texts taken from Francis Bacon’s library. Mathieu Amalric, Jean-Marc Barr, Carlo Brandt, Val.rie Dreville, Hippolyte Girardot, Dominique Reymond and Andr. Wilms read from Aeschylus, Nietzsche, Bataille, Leiris, Conrad and Eliot. Not only did these authors inspire Bacon’s work and motifs directly, they also shared a poetic world, forming a ‘spiritual family’ the artist identified with. Each writer expressed a form of ‘atheology’, a distrust of any values (abstract beauty, historical teleology or deity, etc.) likely to dictate the form and meaning of ways of thinking or of an art work. From Nietzsche’s fight against the ‘Backworlds’ to Bataille’s ‘Base materialism’, Eliot’s fragmentation, Aeschylus’ tragedy, Conrad’s ‘regressionism’ and Leiries’ ‘sacred’, these authors shared the same amoral and realist vision of the world, a concept of art and its forms liberated from the a priori of idealism. 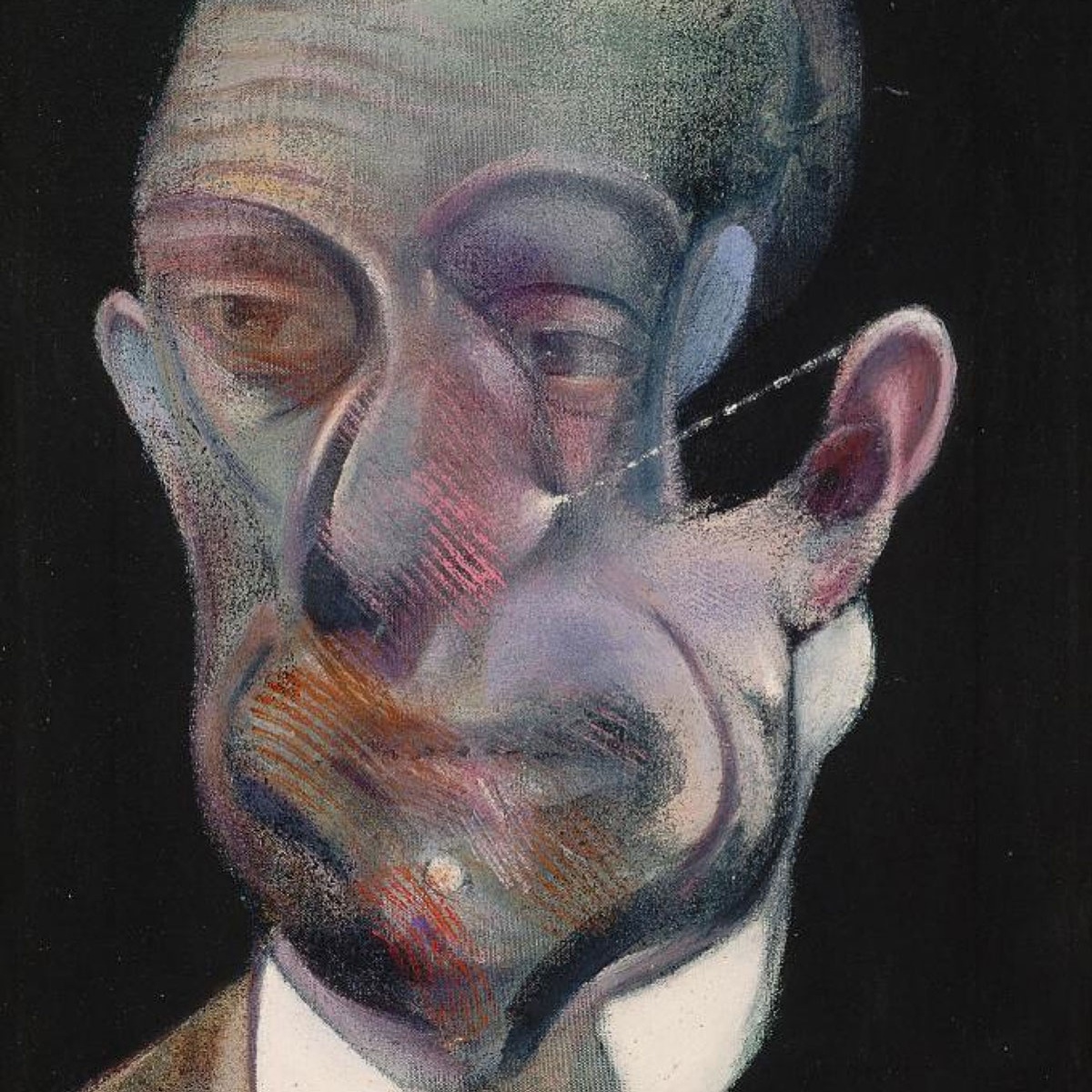 The inventory of Francis Bacon’s library, undertaken by the Department of History of Art and Architecture at Trinity College Dublin, lists more than a thousand works. While denying any ‘narrative’ exegesis in his work, Francis Bacon, nevertheless admitted that literature represented a powerful stimulus for his imagination. Rather than giving shape to a story, poetry, novels and philosophy inspired a ‘general atmosphere’ ; ‘images’ which emerged like the Furies in his paintings. Bacon confided to David Sylvester his interest in the works of Eliot or Aeschylus, which he claimed to ‘know by heart’, adding that he only ever really read texts which evoked ‘immediate images’ for him. These images owed more to the poetic world, existential philosophy or form of literature that he chose, rather than to the stories they told. Three Studies for Figures at the Base of a Crucifixion, dating from 1944, testifies to the impact of Aeschylus’ tragedy on his work. In 1981, Bacon produced a triptych which was explicitly inspired by the Oresteia. In addition to his own motifs, Bacon drew on the T.S. Eliot poem The Waste Land for its fragmented construction and its ‘collage’ of languages and multiple tales. (Triptych Inspired by T.S. Eliot’s Poem «Sweeney Agonistes», 1967 Hirshhorn Museum, Washington.) 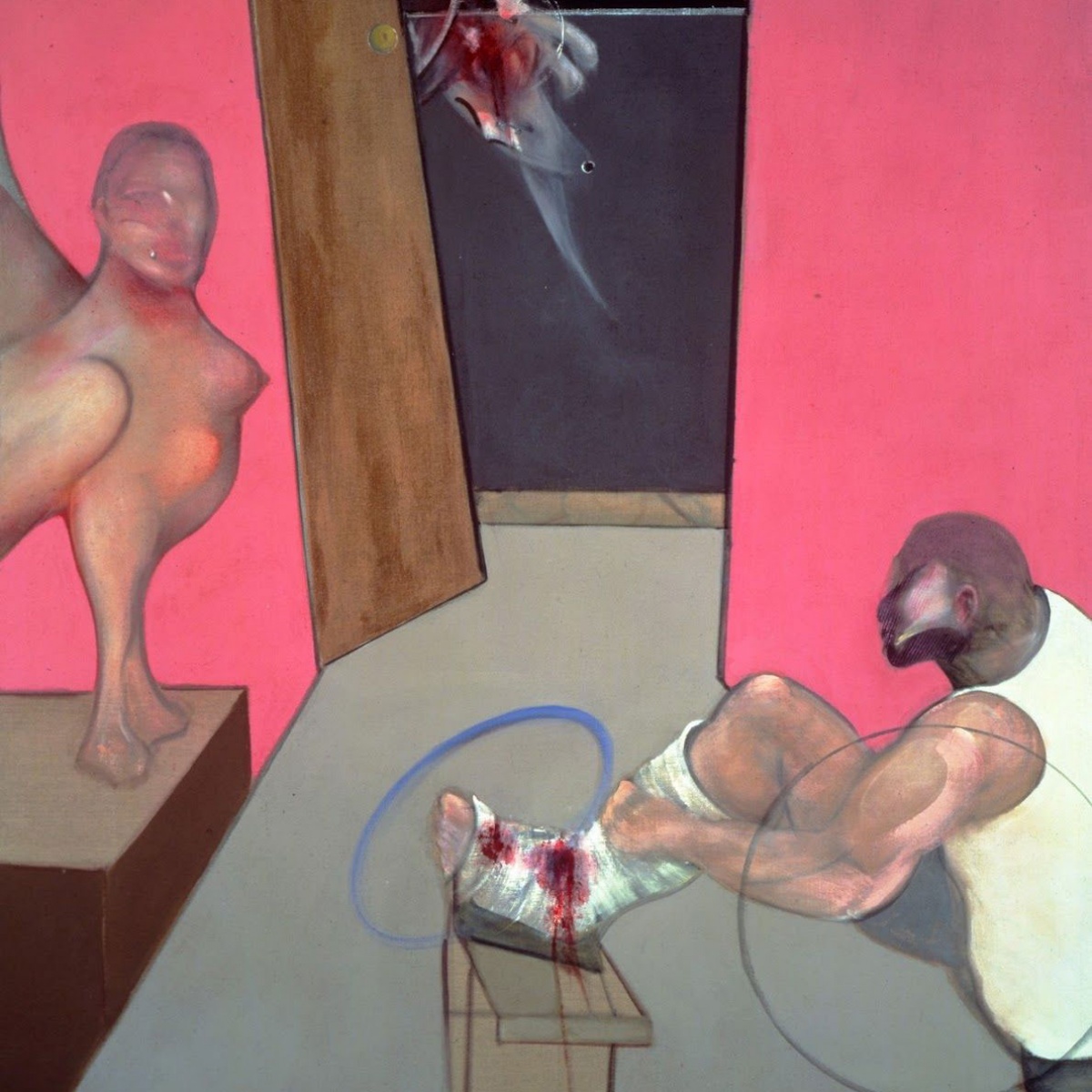 Among his contemporaries, Michel Leiris was the writer who was closest to Francis Bacon. He was the French translator of the painter’s interviews with David Sylvester, and was the only artist with whom the painter envisaged creating an illustrated publication (Miroir de la Tauromachie, published in 1990). The exhibition at the Centre Pompidou focuses on works produced by Bacon in the last two decades of his career. It consists of sixty paintings (including 12 triptychs, in addition to a series of portraits and self-portraits) from major private and public collections. From 1971 to 1992 (the year of the artist’s death), his painting style was marked by its simplification and intensification. His colours acquired new depth, drawn from a unique chromatic register of yellow, pink and saturated orange.

1971 was a turning point for Bacon. The exhibition at the Grand Palais earned him international acclaim, while the tragic death of his partner, just a few days before the exhibition opened, gave way to a period marked by guilt and represented by a proliferation of the symbolic and mythological form of the Erinyes (the Furies of Greek mythology) in his work.

The ‘Black’ Triptychs painted in memory of his deceased friend (In Memory of George Dyer, 1971, Triptych–August 1972 and Triptych, May–June 1973), all presented at the exhibition, commemorate this loss.