Goya: Avant-Garde Genius, the Master and His School

Curated by Adrien Enfedaque, Juliet Wilson-Bareau, and Bruno Mottin
The City of Agen and its Fine Arts Museum, located between Bordeaux and Toulouse in the southwest of France, will present, over the winter of 2019–2020, an outstanding exhibition with a fresh and unexpected view on Francisco de Goya y Lucientes (1746–1828) and his work. Through a selection of works in several media (paintings, drawings, engravings), the exhibition will demonstrate the essential characteristics that remain constant in Goya’s work and reveal the role played by his collaborators in his studio. 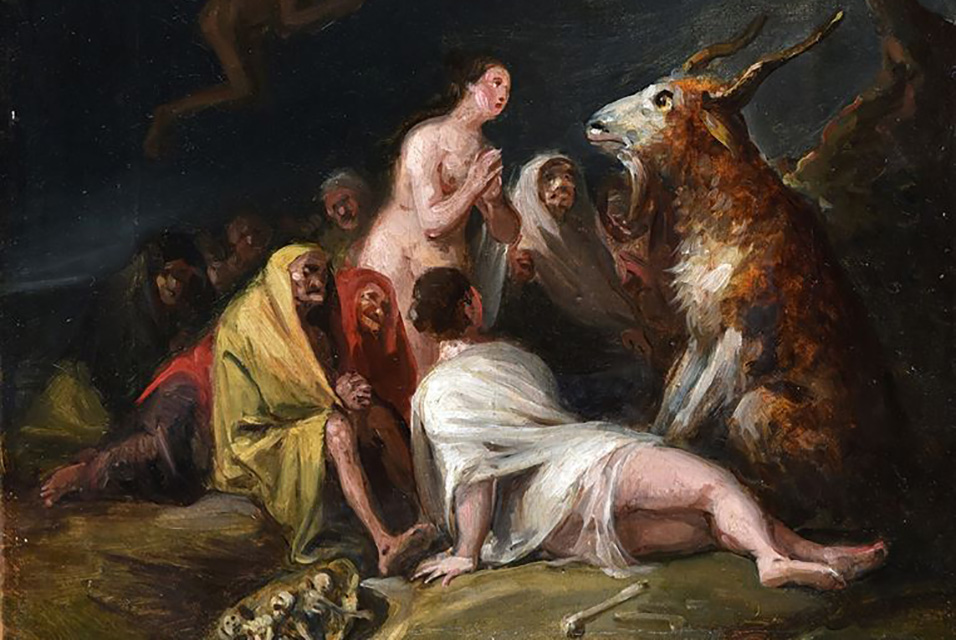 The Museum’s scientific team is assisted in this project by one of the specialists of Goya’s work Juliet Wilson-Bareau and the event has received personal support from the French Minister of Culture. Nearly 90 works loaned by museums and private collections around the world (France, Germany, Hungary, Spain, Switzerland, UK, USA) will be on display in the Jacobins’ Church (Église des Jacobins), an Agen architectural jewel and an emblematic place for the Museum’s temporary exhibitions.

In the late nineteenth-century, Count Damase de Chaudordy (1826–1889) bequeathed a substantial collection to his birthplace Agen. As French ambassador to the court of Madrid, he bought many works, such as five of six paintings by Goya from the private collection of Federico de Madrazo, former first painter of the queen and director of the Prado Museum. These paintings had already been catalogued by Charles Yriarte in 1867 and came directly from the collections of Goya’s son Don Xavier (1784–1854) and grandson Don Mariano (1806–1874) Marquis of Espinar.
This ambitious project is reminiscent of the blockbuster exhibition organized in 1993 From Fortuny to Picasso, which attracted more than 25,000 visitors. It was the first major exhibition at the Jacobins’ church and the result of a collaboration with the Prado Museum in Madrid. It has been the origin of precursory research on Spanish painters of the 19th century. The curator at the time, Yannick Lintz, now Head of the Department of Islamic Arts at the Louvre museum, keeps a benevolent eye on Agen’s projects and supports this exhibition.
As part of the Catalog of Desires, a device set up by the Ministry of Culture to facilitate the circulation in France of iconic works of national collections, the Agen Museum has been designated as a pilot museum. It has the honour to present to the public Woman with a Fan, a famous painting by Goya which has been on loan from the Louvre since April 27, 2019. In the picture, the artist depicts a buxom young woman with great subtlety. The minimalist shades of gray, celadon greens, and whites are remarkable, especially in the delicate work of the long mittens. The identity of the young woman remains uncertain today. The painting is original in its intimate approach focusing on the character’s psychology.
Goya: Avant-Garde Genius, the Master and His School is based on research from the Louvre and the Research and Restoration Centre of the Museums of France (C2RMF). The exhibition benefits from the technical and scientific advice of this latter institution, where two paintings of Goya’s followers (Goyesques) from the Museum of Agen are currently being studied and restored for the exhibition. It is a new approach to Goya’s work that will be proposed to better underline the singularity of his art and his way of working, from drawing to painting. This project could, in the long term, better define the artistic approach of Goya and the implication of the collaborators in his workshop. The aim of the exhibition is to provide both the large public and the painting connoisseurs with a unique opportunity to enjoy and admire many masterpieces that will also be analyzed in detail (through documentation and technical analysis).
General Commission
Adrien Enfedaque (Curator of the Museum of Fine Arts)
Scientific Advisers
Juliet Wilson-Bareau (Art Historian, London)
Bruno Mottin (Chief Curator of Heritage, Research and Restoration Centre of the Museums of France)
Goya: Génie d’avant-garde, le maître et son école (Paris: Snoeck Édition, 2020), 224 pages, ISBN: 978-9461615602, 25€.
For additional coverage, see Dalya Alberge’s article from The Observer (28 December 2019), available here»