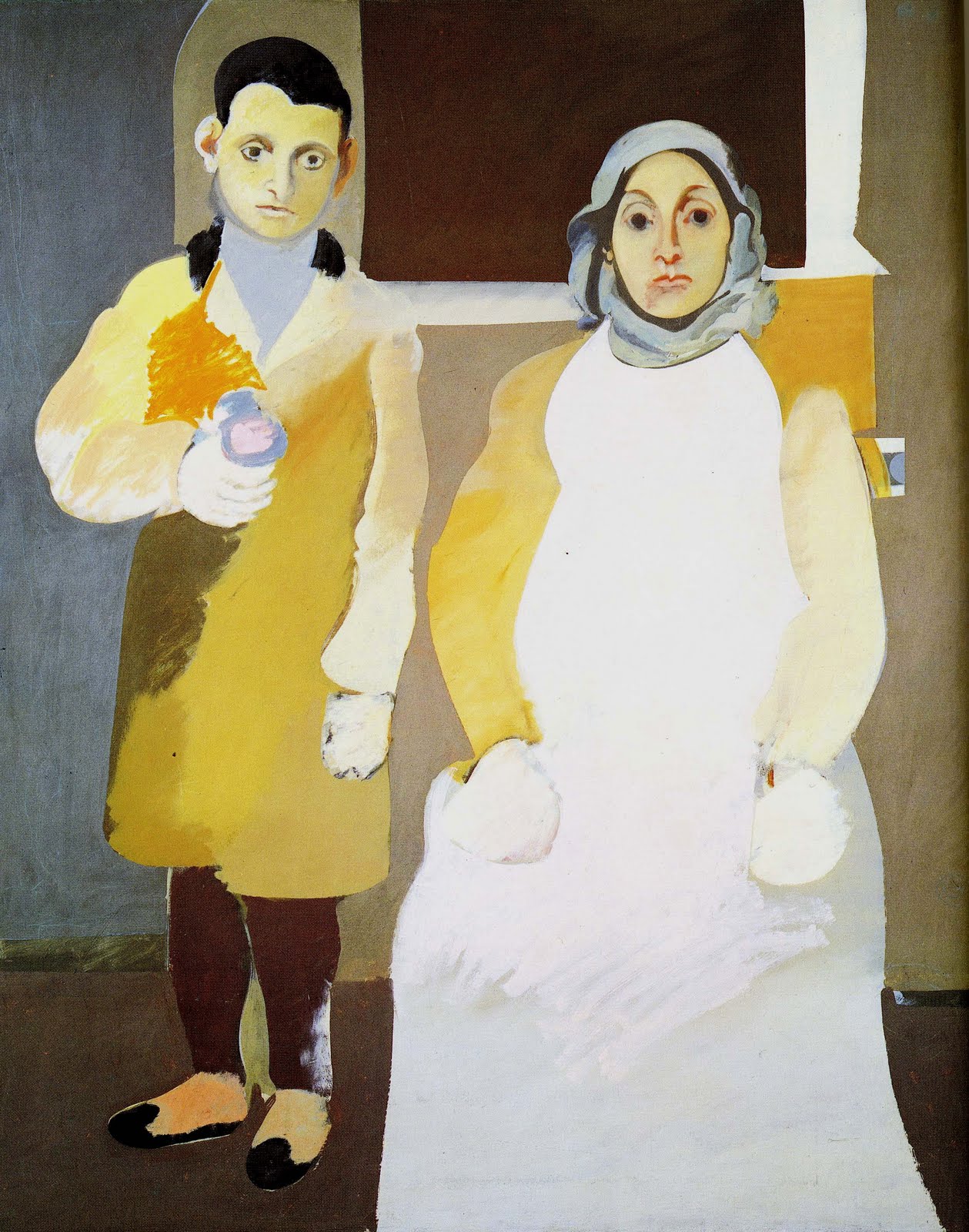 Where We Are, a new exhibition of works from the Whitney’s collection made between 1900 and 1960, goes on view in the Museum’s seventh-floor Robert W. Wilson Galleries, beginning April 28. At a time when debate continues over what it means to be American, Where We Are proposes a framework of everyday relationships, institutions, and activities that form an individual's sense of self.

Where We Are brings together some of the Whitney’s most iconic works by Louise Bourgeois, John Steuart Curry, Edward Hopper, Jasper Johns, Jacob Lawrence, and Georgia O’Keeffe with rarely exhibited works by Elizabeth Catlett, Jay DeFeo, and Ellsworth Kelly, along with recent acquisitions by James Castle, Palmer Hayden, Archibald Motley, and PaJaMa.


“Where We Are surveys six decades during which artists responded in complex and diverse ways to dramatic changes in American history and culture due to economic collapse and recovery, cycles of war and peace, and new modes of personal expression,” remarked Scott Rothkopf, the Whitney’s Deputy Director for Programs and Nancy and Steve Crown Family Chief Curator. “For his first installation of our holdings, David Breslin, DeMartini Family Curator and Director of the Collection, has fashioned a sensitive and stirring narrative that honors individual artists’ pathbreaking approaches to depicting American life and their often complex relationship to it.” 
Where We Are is organized around five themes that suggest core aspects of one’s daily existence: family and community; work; home; the spiritual; and the nation. The exhibition, as well as each of its sections, is titled after a phrase in W. H. Auden’s poem, “September 1, 1939.” Auden, who was raised in England, wrote the poem in New York City shortly after his immigration to the United States and at the very outset of World War II. The title of the poem marks the date Germany invaded Poland. While its subject is the beginning of the war, Auden’s true theme is how the shadow of a global emergency reaches into the far corners of everyday life. The poem’s tone remains mournful but concludes with the individual’s capacity to show "an affirming flame.” Where We Are shares Auden’s guarded optimism, gathering a constellation of artists whose light might lead us forward.


In the portion of the exhibition devoted to family and community, newly acquired photographs by PaJaMa (the name assumed by Paul Cadmus, Jared French, and Margaret French for their collaborative photographs) give visibility to queer relationships that continue, in our time, to demonstrate the commonality of love. Elizabeth Catlett’s The Negro Woman series, in the section on work, acknowledges anonymous Black women’s labor and commemorates the courage, strength, and leadership of African American women. Exploring various domestic spaces, Edward Hopper’s paintings reveal how decisively the home structures our interior life, while Jay DeFeo and Mark Rothko sought recourse in spirituality and mysticism to reinvest art with mystery, awe, and wonder. Lastly, Diane Arbus, George Grosz, Jasper Johns, and others examine the icons and figures that symbolically stand in for the nation.

“The Whitney’s collection is a mirror of the American culture it represents,” said Breslin, “Beauty, diversity, difference, and complexity live together. Icons reside in proximity to the not-yet-known or the forgotten. The exhibition celebrates the breadth and compelling idiosyncrasies of the collection. Where We Are also suggests that each of us, like the gathering of works in the show, is a collection of experiences, activities, relationships, and contradictions.”

Where We Are is organized by David Breslin, DeMartini Family Curator and Director of the Collection, with Jennie Goldstein, assistant curator, and Margaret Kross, curatorial assistant.

Posted by Jonathan Kantrowitz at 7:03 AM