Heritage Auctions' American Art Signature Auction May 3 will feature masterworks by trailblazers such as Thomas Moran, E. Irving Couse, Birger Sandzén and Norman Rockwell. Additionally, a significant selection of Early American Modernist works on paper from the collection of Dr. and Mrs. Henry and May Ann Gans will prove a true highlight for savvy collectors.

Leading the sale is Thomas Moran's Mountain Lion in Grand Canyon (Lair of the Mountain Lion) (est. $600,000-800,000). Previously owned by distinguished Western Art collector William Thomas Gilcrease, the painting's impeccable provenance further underscores its importance within Moran's oeuvre. Although Gilcrease donated the majority of his collection to his eponymous museum in Tulsa, he kept Mountain Lion in Grand Canyon for himself, ultimately gifting it to his daughter, Des Cygne. The painting has remained in the family of Des Cygne's husband, the late Corwin D. Denney, a Gilcrease Museum board member and philanthropist in his own right.

"Once again, we have obtained a superb selection of American works from private sources, and we are thrilled to present fresh to market masterworks at various price points. Considered by many to be the premier painter of the American West, Thomas Moran captured the imagination of viewers at the turn of the century, and his works such as this helped inspire the creation of the National Park System,"said Aviva Lehmann, Heritage Auctions' Director of American Art. Birger Sandzén's Creek at Twilight (est. $300,000-500,000) from 1927 is a large-scale example of the artist's painterly virtuoso. Exemplifying his hallmark Fauvist palette and bold, energized brushwork, this monumental example showcases the artist's ability to truly dazzle his viewer. Purchased in 1927 directly from the artist's trunk by the graduating class of Washington High School, Milwaukee, Wisconsin, Creek at Twilight has remained in the school's possession to this day. Appearing at auction directly from the Washington High School Alumni Scholarship Foundation, proceeds from the sale will benefit the foundation's Continuing Education Scholarship Fund.

Creating a rare and special opportunity for collectors, Heritage Auctions is also offering 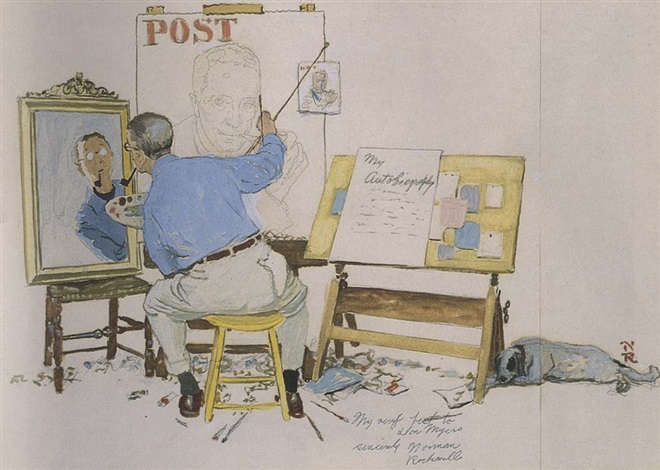 Study of Triple Self Portrait, 1960, (est. $150,000-250,000) is a superbly painted preparatory work for
what is certainly one of Norman's Rockwell's most iconic images. Here, the artist, with his back to the viewer and gripping his signature pipe, renders an idealized image of himself on canvas, providing an amusing contrast with his bespectacled reflection in the mirror.

The final painting, in permanent collection of the Norman Rockwell Museum, electrified the cover of the Feb. 13, 1960 Saturday Evening Post, which debuted the first installment of Rockwell's memoir, My Adventures as an Illustrator. The present study, executed in oil on photographic paper, originally was gifted to Rockwell's friend, Henry Strawn. Others highlights include, but are not limited to: 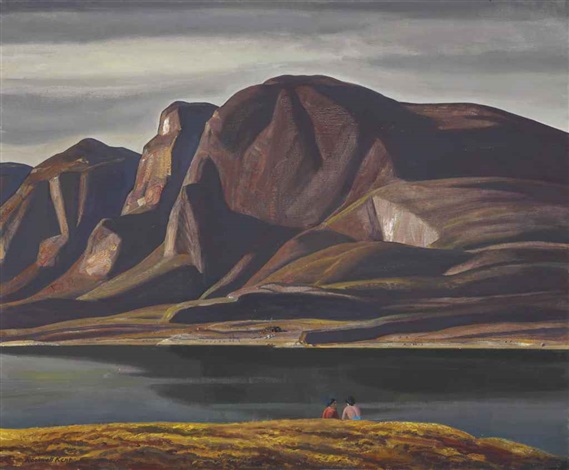