This autumn, Tate Britain will bring together over 100 beautiful works by Monet, Tissot, Pissarro and others in the first large-scale exhibition to chart the stories of French artists who sought refuge in Britain during the Franco-Prussian War. The EY Exhibition: Impressionists in London, French Artists in Exile (1870-1904) will map the artistic networks they built in Britain, consider the aesthetic impact London had on the artists’ work, and present instantly recognisable views of the city as seen through French eyes.


The EY Exhibition: Impressionists in London will look at French painters’ keen observations of British culture and social life, which were notably different to the café culture found in Paris. 
Evocative depictions of figures enjoying London parks such as Pissarro’s Kew Green 1892 will be shown, that were in stark contrast to formal French gardens where walking on the grass was prohibited.

James Tissot in The Ball on Shipboard c.1874 will also be shown, demonstrating how British social codes and traditions captured the imagination of the Impressionists at the time.

While in London, French artists gravitated towards notable figures who would help them develop their careers and provide them with financial support. The exhibition will look at the mentorship Monet received from Charles-François Daubigny and consider the significant role of opera singer and art patron Jean-Baptiste Faure – works that he owned including 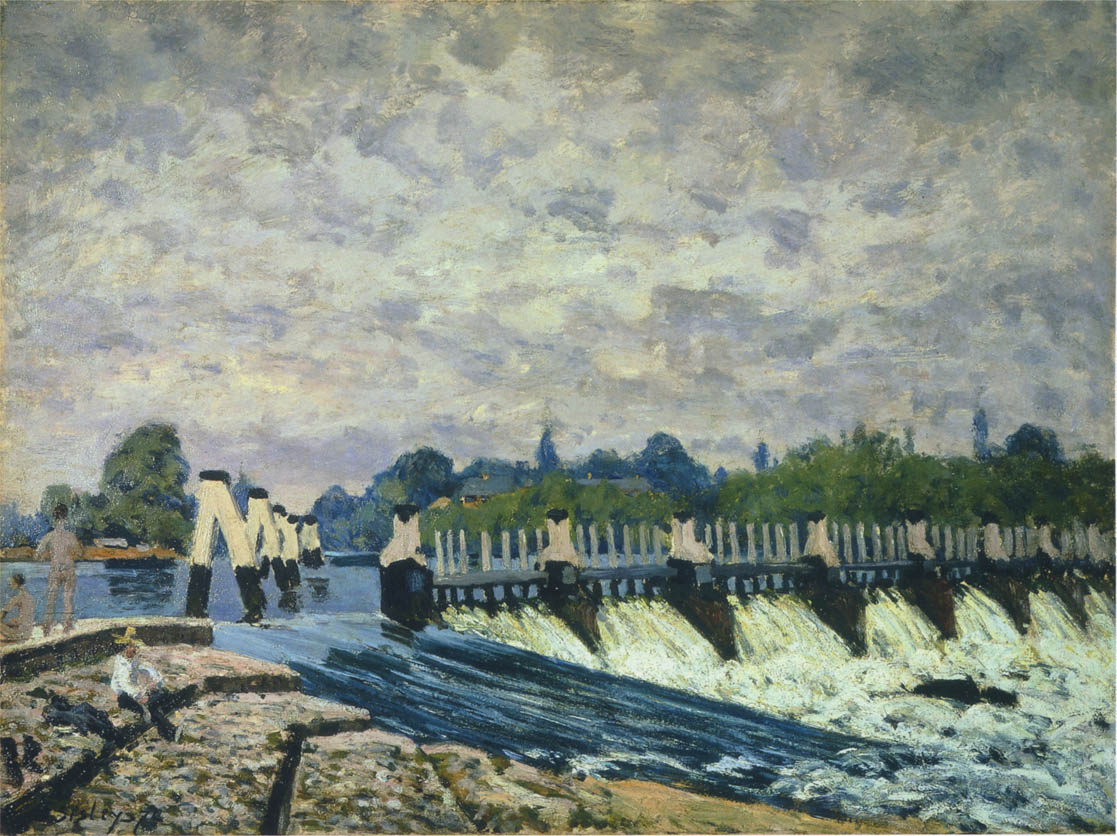 Sisley’s Molesey Weir, Hampton Court, Morning 1874 will be displayed. One of the most influential figures to be celebrated will be art dealer Paul Durand-Ruel, who first met Monet and Pissarro in London during their exile in 1870-71. Durand-Ruel purchased over 5000 Impressionist works over his lifetime which, in Monet’s own words, saved them from starving.

Part of the exhibition will examine the central role of Alphonse Legros in French émigré networks. As Professor of Fine Art at the Slade School in London from 1876 to 1893, he made a dynamic impact on British art education both as a painter and etcher, and exerted a decisive influence on the representation of peasant life as can be seen in 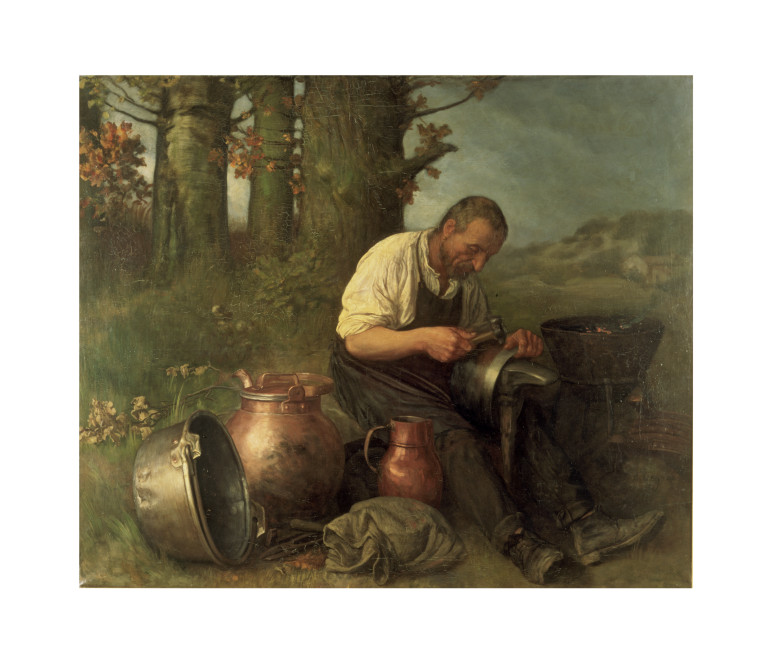 He introduced his patrons Constantine Alexander Ionides and George Howard, 9th Earl of Carlisle, to sculptor Aimé-Jules Dalou who then, together with fellow sculptor and émigré Edouard Lantéri, shaped British institutions by changing the way modelling was taught. Jean-Baptiste Carpeaux’s sojourns in London, which he initially planned in order to stay close to his great patron, the exiled Emperor Napoleon III, will also be examined. 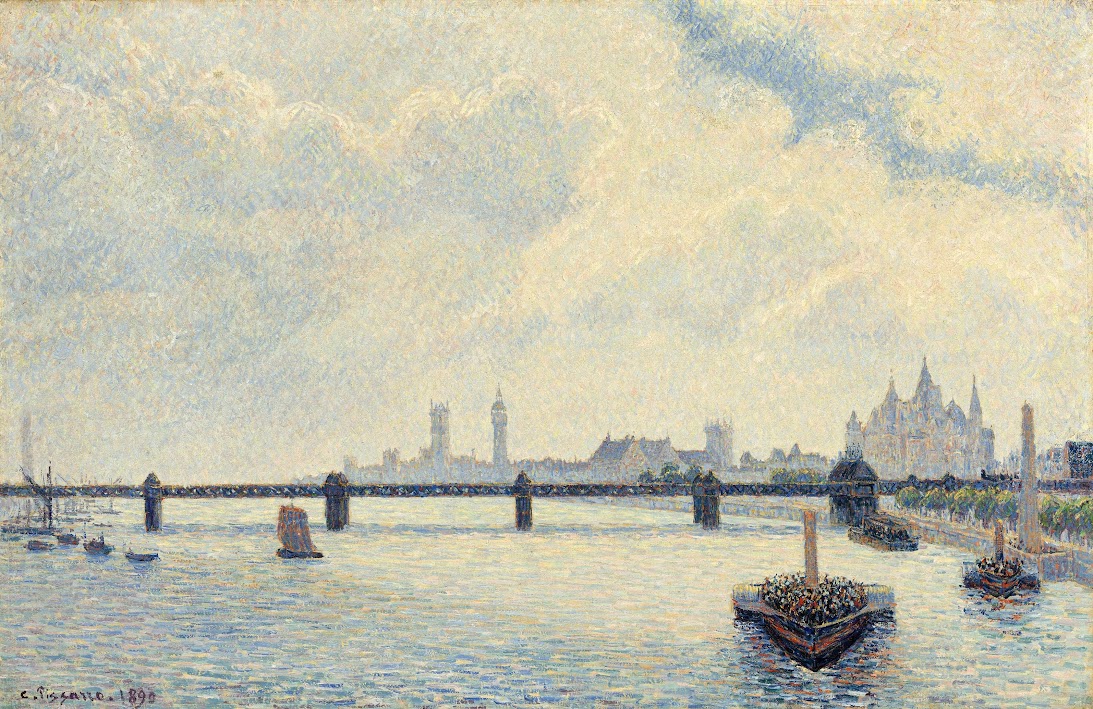 
The final and largest section of the exhibition will be dedicated to representations of the Thames. The Houses of Parliament With the Sun 1904 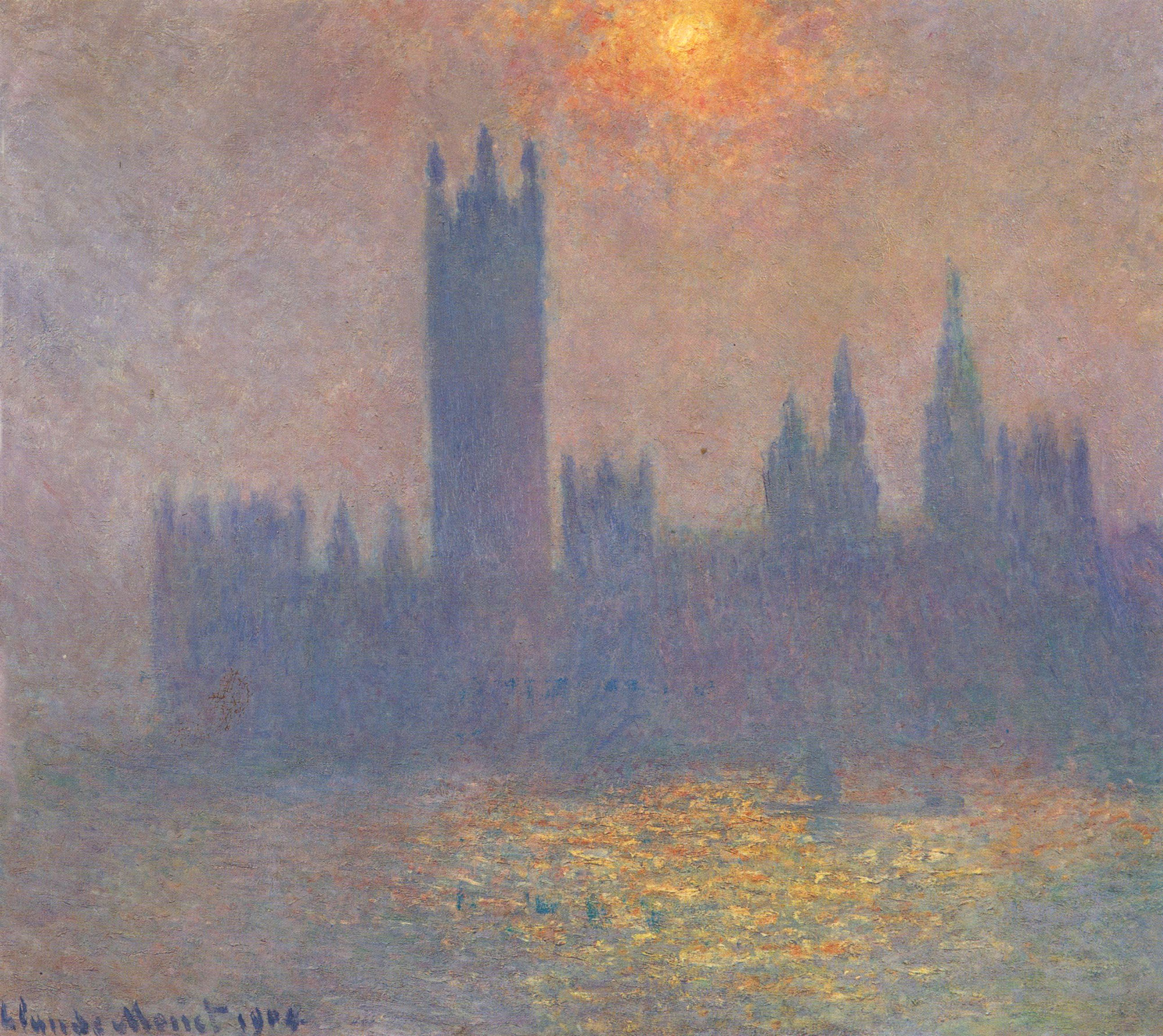 Houses of Parliament, Effect of Sunlight in the Fog, 1904 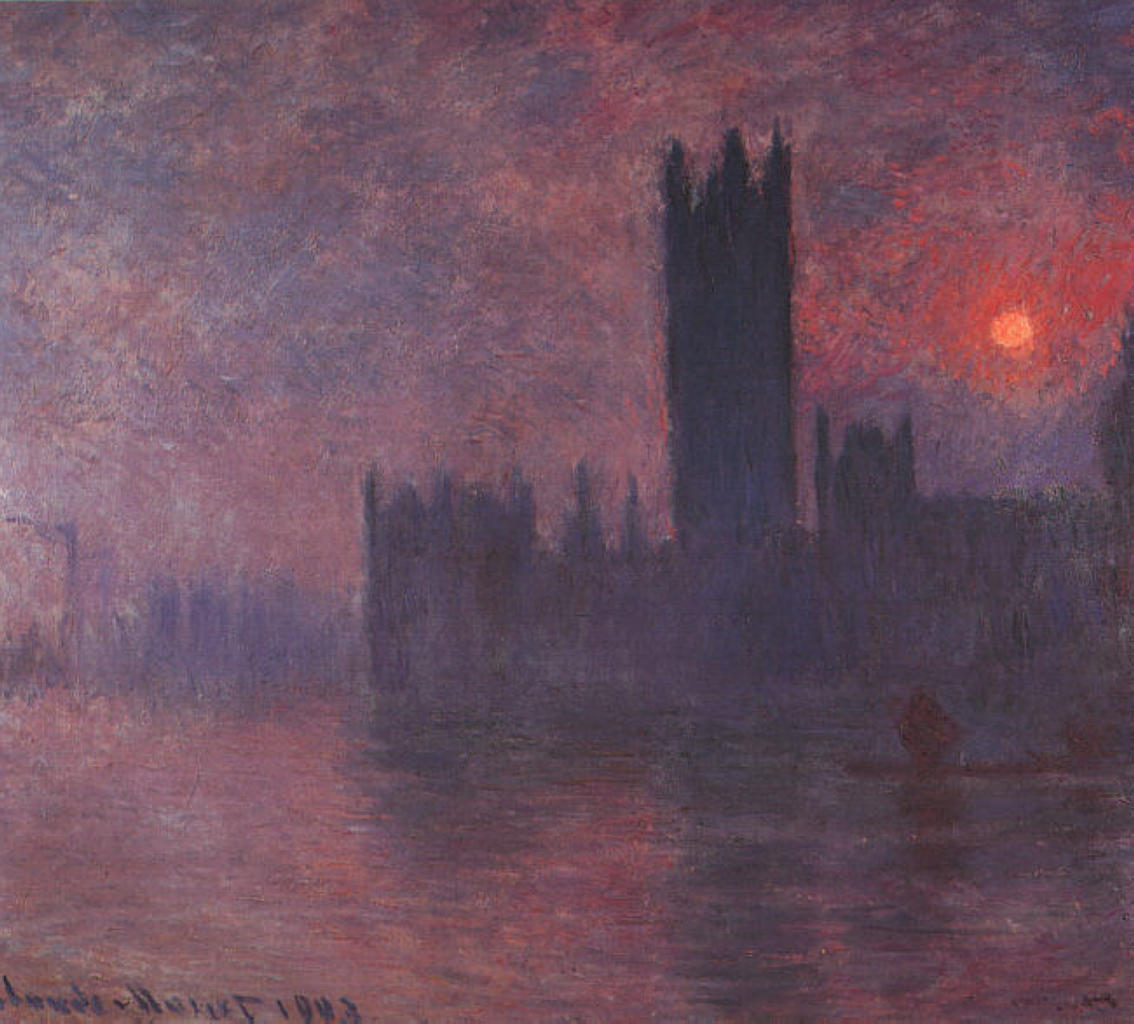 Claude Monet The Houses of Parliament (Effect of Fog) 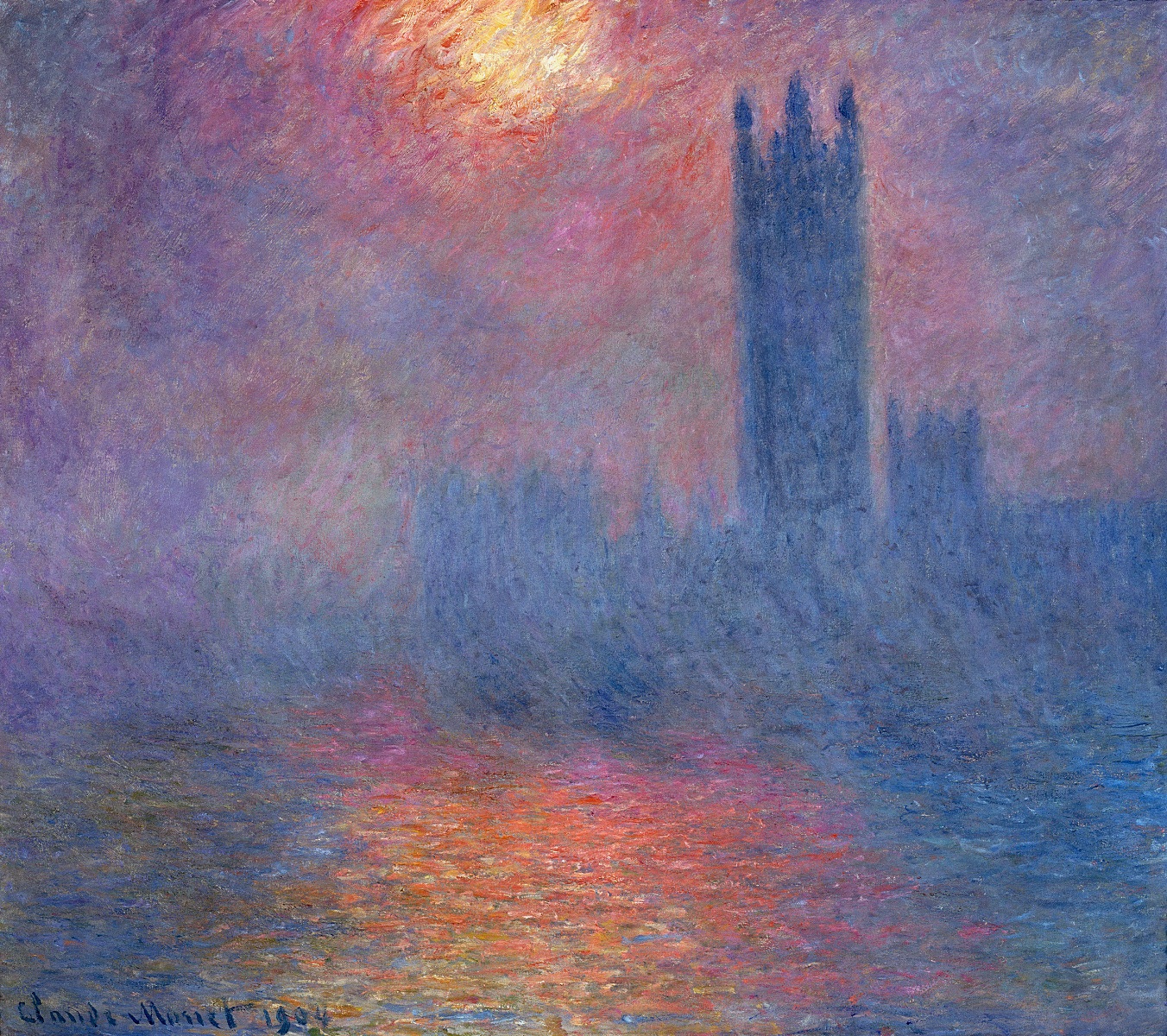 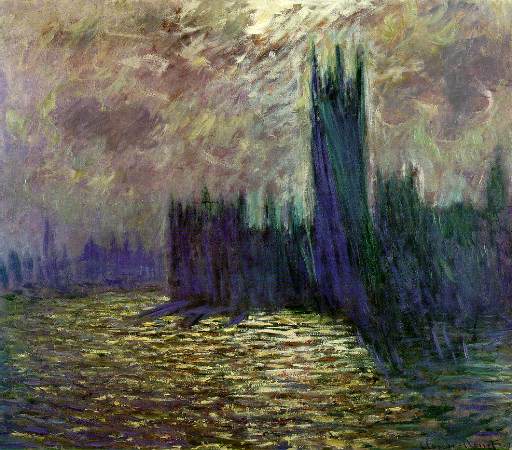 Featuring a group of Monet’s Houses of Parliament series, this room will examine how depictions of the Thames and London developed into a key theme in French art.

A selection of André Derain’s paintings of London landmarks, which answer directly to Monet’s, will demonstrate the continuity of this motif in art history.  The show will conclude with the Entente Cordiale – a formal pact of peace and unity between Britain and France – which, in the case of Monet in particular, coincided with the culmination of an artistic project which started in 1870.

The EY Exhibition: Impressionists in London, French Artists in Exile (1870-1904) will be curated by Dr Caroline Corbeau-Parsons in collaboration with the Petit Palais and Paris Musées. The exhibition will be accompanied by a fully illustrated catalogue and a programme of talks and events in the gallery.
Posted by Jonathan Kantrowitz at 11:22 AM