This autumn, Tate Modern will stage the most comprehensive Modigliani exhibition ever held in the UK, bringing together a dazzling range of his iconic portraits, sculptures and the largest ever group of nudes to be shown in this country. Although he died tragically young, Amedeo Modigliani (1884–1920) was a ground-breaking artist who pushed the boundaries of the art of his time. Including almost 100 works, the exhibition will re-evaluate this familiar figure, looking afresh at the experimentation that shaped his career and made Modigliani one of the greatest artists of the twentieth century.

A section devoted to Modigliani’s nudes, perhaps the best-known and most provocative of the artist’s works, will be a major highlight. In these striking canvases Modigliani invented shocking new compositions that modernised figurative painting. His explicit depictions also proved controversial and led to the police censoring his only solo lifetime exhibition, at Berthe Weill’s gallery in 1917, on the grounds of indecency. This group of 10 nudes will be the largest group ever seen in the UK, with paintings including 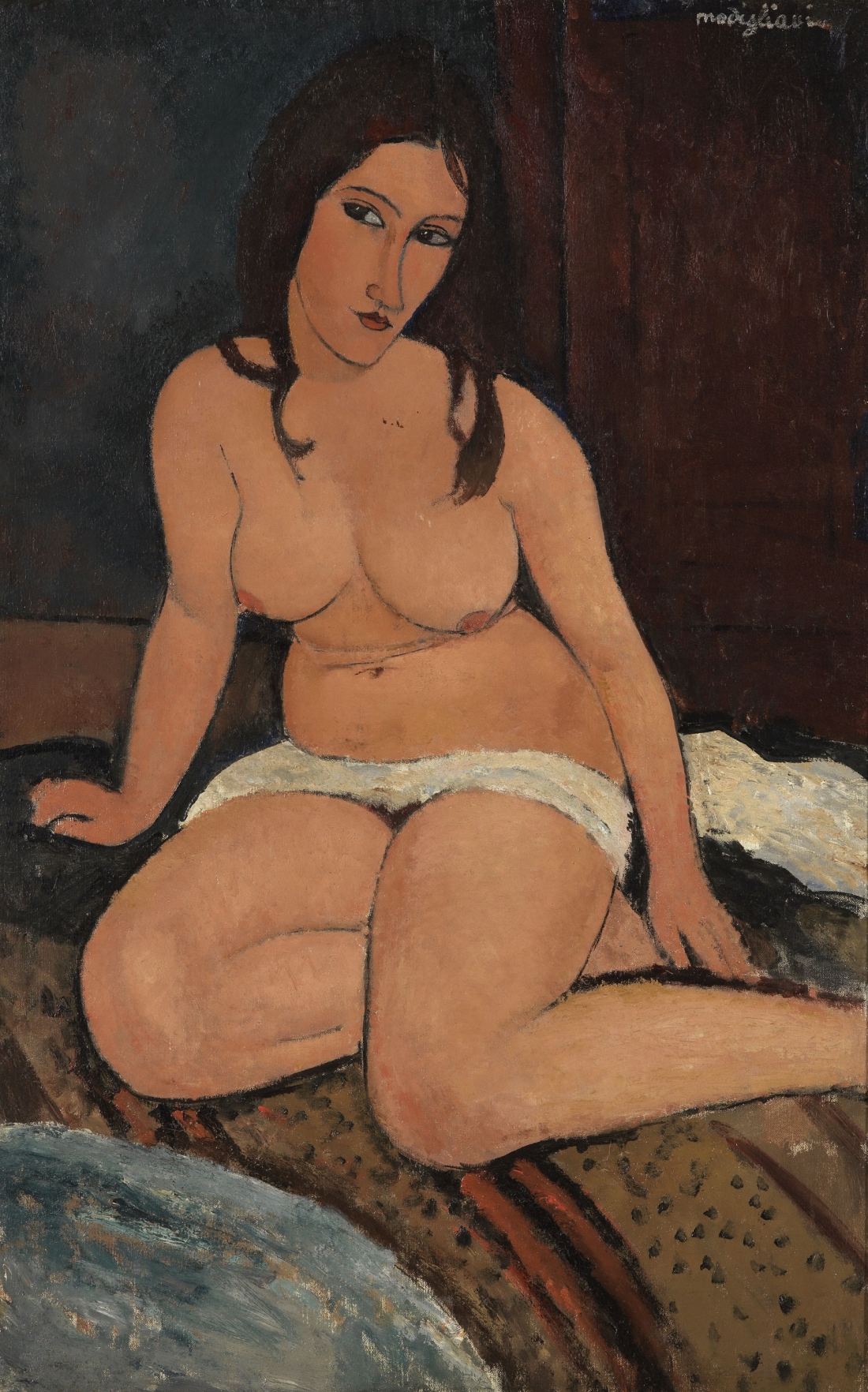 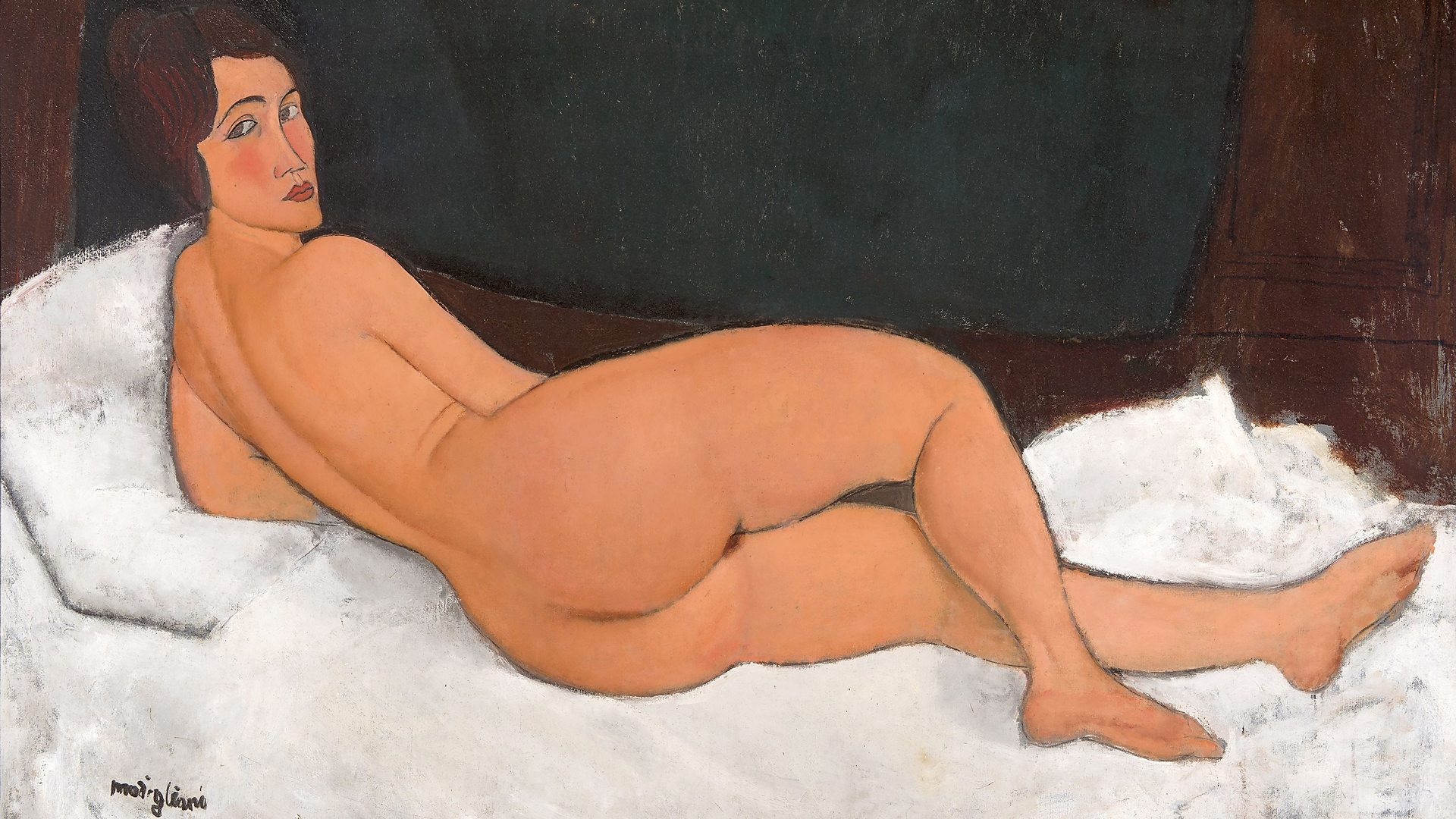 Born in Livorno, Italy and working in Paris from 1906, Modigliani’s career was one of continual evolution. The exhibition begins with the artist’s arrival in Paris, exploring the creative environments and elements of popular culture that were central to his life and work. Inspired by the art of Paul Cézanne, Henri Toulouse-Lautrec and Pablo Picasso, Modigliani began to experiment and develop his own distinctive visual language, seen in early canvases such as and The Beggar of Leghorn 1909 (Private Collection).

His circle included poets, dealers, writers and musicians, many of whom posed for his portraits including 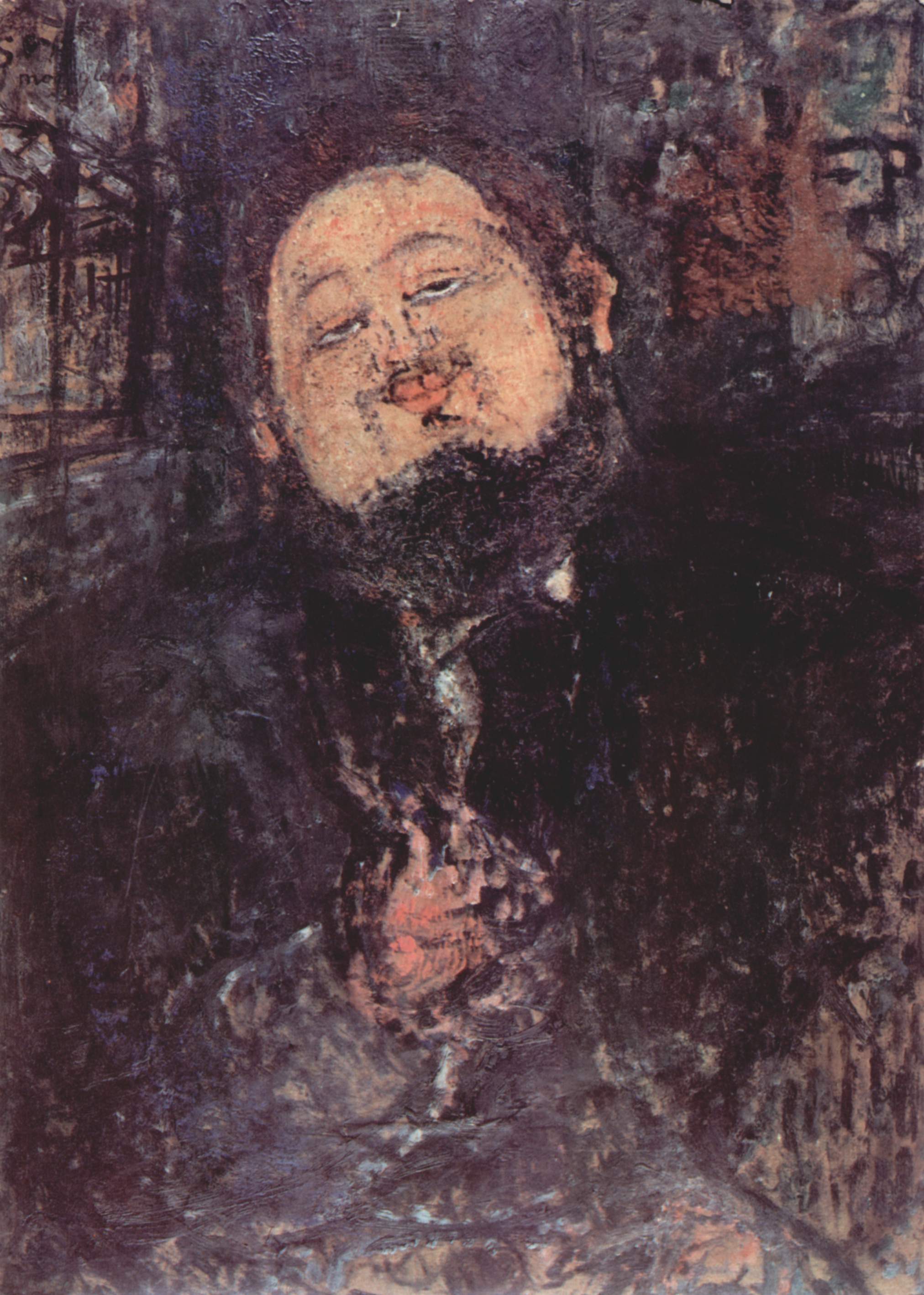 The exhibition will also reconsider the role of women in Modigliani’s practice, particularly poet and writer Beatrice Hastings. Hastings will be shown not simply as the artist’s muse, but as an important figure in the cultural landscape of the time.
Modigliani will feature exceptional examples of the artist’s lesser-known work in sculpture, bringing together a substantial group of his Heads made before the First World War.

Although the artist’s ill-health and poverty eventually dictated otherwise, he spent a short but intense period focusing on carving, influenced by contemporaries and friends including Constantin Brâncuși and Jacob Epstein.

For his wellbeing, Modigliani left Paris in 1918 for an extended period in the South of France. Here he adopted a more Mediterranean colour palette and, instead of his usual metropolitan sitters, he began painting local peasants and children such as and Boy with a Blue Jacket 1919 (Indianapolis Museum of Art).

The exhibition will conclude with some of Modigliani’s best-known depictions of his closest circle. Friends and lovers provided him with much-needed financial and emotional support during his turbulent life while also serving as models. These included his dealer and close friend

and his companion Hanka,

and Jeanne Hébuterne, the mother of Modigliani’s child and one of the most important women in his life. When Modigliani died in 1920 from tubercular meningitis, Jeanne tragically committed suicide.

Tate Modern will bring together several searching portraits of Jeanne Hébuterne, from Modgliani’s final years, on loan from international collections such as the Philadelphia Museum of Art 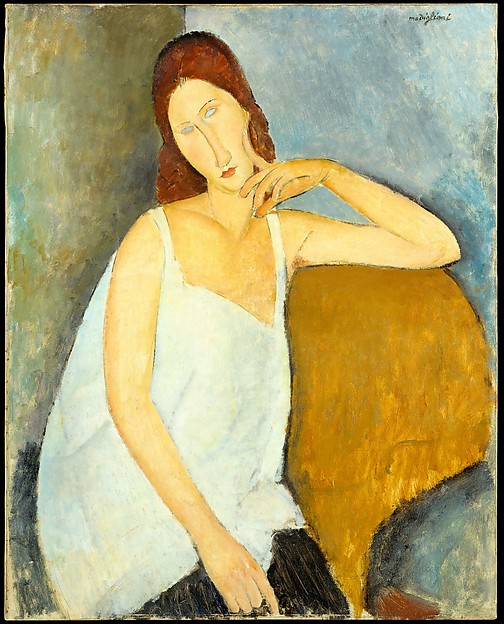 and Metropolitan Museum of Art, New York, which depict her in a range of guises from young girl to mother.

Modigliani is curated by Nancy Ireson, Curator of International Art, Tate Modern and Simonetta Fraquelli, Independent Curator, with Emma Lewis, Assistant Curator. Visitors will be able to enjoy a new integrated virtual reality experience right in the heart of the exhibition. The virtual reality room will bring visitors closer into the artist’s world, enriching their understanding of his life and art. The exhibition will be accompanied by a fully illustrated catalogue from Tate Publishing and a series of events in the gallery.
Posted by Jonathan Kantrowitz at 9:42 AM