The Lyman Allyn Art Museum is presenting Urban Realism in American Art (1890-1940), an exhibition of paintings and works on paper exploring the vitality and vision of American art at the turn of the 20th century.

The exhibition features the impressive collection of Barbara Belgrade alongside objects from the Lyman Allyn’s collection, offering a selection of art that visualizes an era of sweeping change. Urban Realism in American Art (1890-1940) opens on July 8 and runs through September 10, 2017.

A group of realist artists known as the Ashcan school redefined the New York art world in the first decade of the 20th century, rebelling against existing artistic and academic conventions to create an unsentimental vision of modern life.

They embraced gritty, working class subjects over the genteel subjects favored by the Impressionists. Fascinated by the influx of immigrants and the vibrant working-class neighborhoods of lower Manhattan, these artists and other contemporaries portrayed the varied and changing world around them.

While artists were interested in skyscrapers and subways, it was the city’s dynamic crowds and human interactions they found most compelling. Observing the dramas, large and small, that occurred around them, artists portrayed throngs of people on the street and at leisure, attending the theater and the circus. More focused narrative images show one or two individuals strolling, shopping, eating, relaxing, working, and interacting in public places. Some of these scenes integrate humor and flirtation, while others show more serious subjects, emphasizing the contrast between rich and poor in art with political and reform-minded goals.

Urban Realism in American Art includes Ashcan artists as well as others who shared an interest in urban realism. A majority of the art in the exhibition focuses on New York City, but several additions serve as reminders that artists elsewhere worked in a similar vein. Prominent artists featured in the show include Robert Henri, William Glackens, Everett Shinn, George Bellows, and John Sloan. The exhibition ends around 1940, reflecting the gradual decline in urban realist art as new and exciting currents in European modernism brought abstraction to the New York art world. 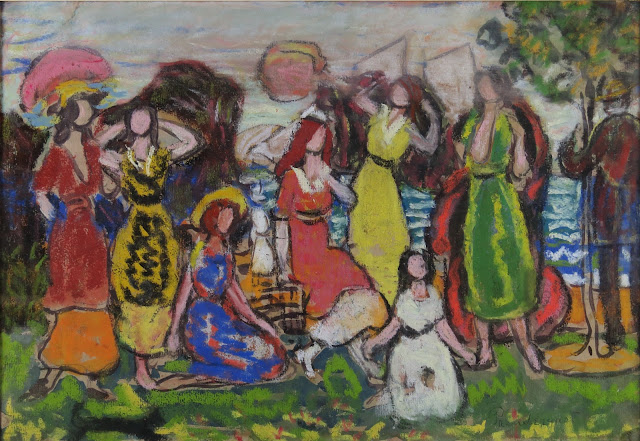 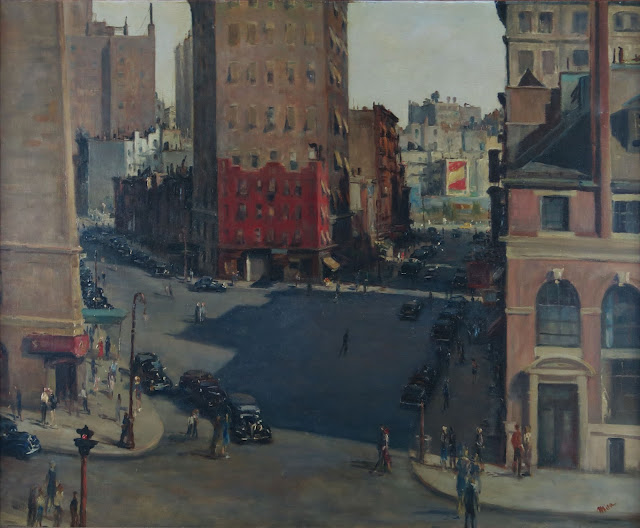 Good article
Posted by Jonathan Kantrowitz at 9:03 AM