Picasso and Maya: Father and Daughter

Gagosian is presenting  “Picasso and Maya: Father and Daughter,” the first exhibition dedicated to the artist’s diverse portrayals of his eldest daughter, Maya.


María de la Concepción, known as Maya, was born on September 5, 1935. During the first ten years of her life she was a constant subject in her father’s drawings and paintings, who observed with fascination and tenderness her physical and mental development. Her mother, Marie-Thérèse Walter, was the artist’s most iconic model. After meeting in 1927 at the Galeries Lafayette in Paris, Picasso and Marie-Thérèse began a long-lasting love affair, resulting in Picasso’s first daughter Maya.

Following Maya’s birth, Picasso chronicled intimate details of their private life together en famille, exploring the archetypal theme of maternity. Maya’s portraits reflect the great joy that she brought into the artist's life, even in the looming shadow of World War II. Out of all of Picasso’s children Maya was most frequently depicted—a muse in the image of her mother.

This exhibition presents major works from the 1930s to the 1950s, including a collection of intimate portraits of Maya and Marie-Thérèse, sculptures and little paper cuts-out fashioned especially for his daughter. Like many of his favorite portraits of family members, most of the pieces remained in Picasso's personal collection until his death in 1973.

Alongside the artist’s works, a selection of archival material—unpublished photographs, films, letters, and poems—will explore the relationship between father and daughter, while providing an invaluable testimony of this new-found happiness.

This collection of works and archival documents retraces the childhood and youth of Maya, spanning her birth to her coming of age. In the first months after Maya was born, Picasso captured moments of intimacy between a young mother and her daughter  (Marie-Thérèse allaitant Maya, 1935; Maya à dix mois avec Marie-Thérèse, 1936), secretly living in an apartment rented for them by Picasso at 44 rue de La Boétie, only steps away from his own at number 23.

Numerous drawings of Maya, lovingly composed, present realistic portraits in a classic style, similar to those of Marie-Thérèse realized by the artist during this time (Maya à l’âge de trois mois, 1935). His paintings of Maya stray from this academic style, reflecting rather a complex artistic analysis by the artist culminating in a Cubism that can only be qualified as "psychological".

In a vibrant series of portraits realized in 1938, Picasso reveals the energy and curiosity that animated his young daughter. We see Maya embracing her doll against her cheek 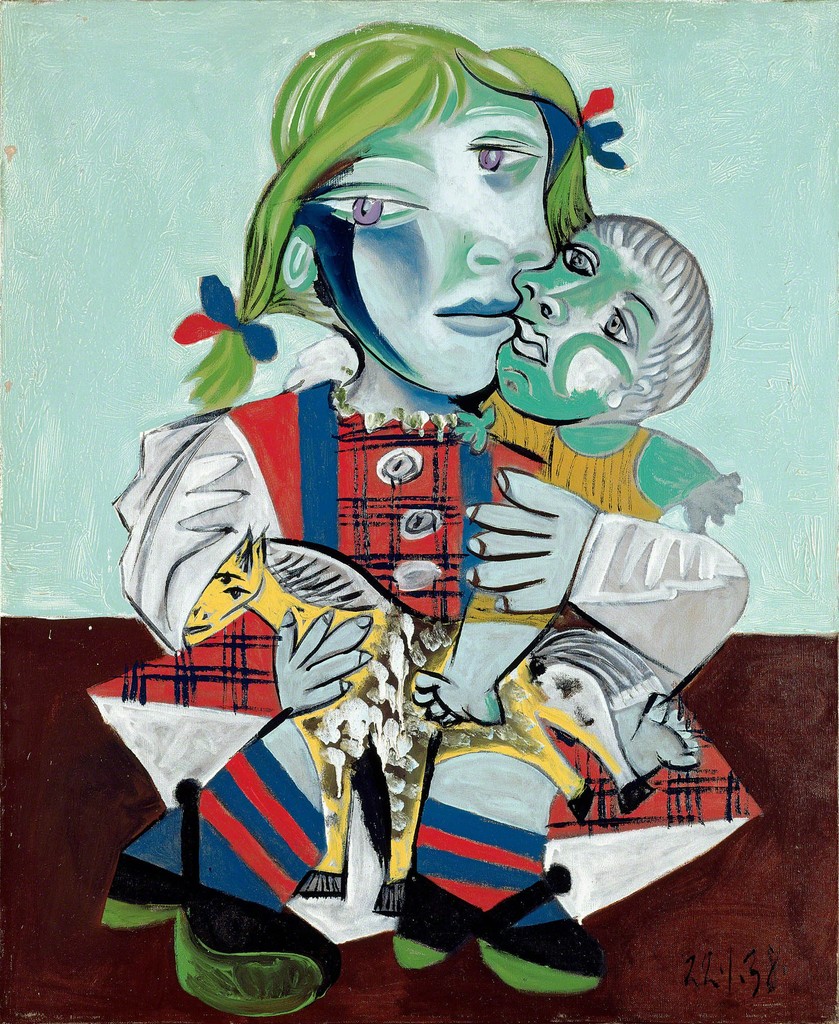 (Maya à la poupée et au cheval, 1938) in a posture that recalls the Virgin and Child,

or in the midst of playing with a boat 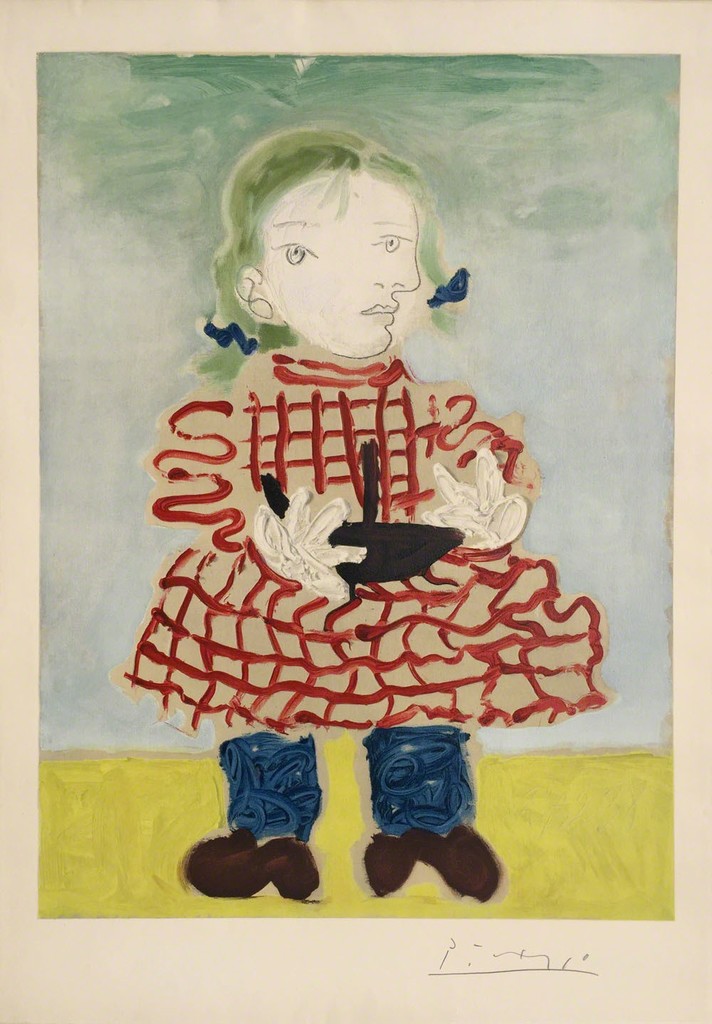 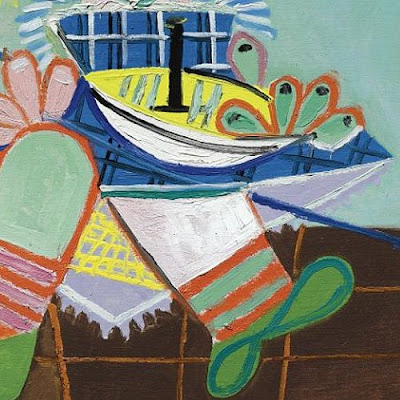 
At the beginning of the 1950s, Maya’s doll-faced visage transformed into the delicate profile of a young woman in a series of pencil drawings (Maya, profil gauche, 1951).


The relationship between father and daughter is one formed by a unique bond, as can be seen through Maya’s active role during Henri-Georges Clouzot’s filming of Le Mystère Picasso in 1955 at the Victorine Studios in Nice (photographs by Edward Quinn).

A fully illustrated catalogue, with an essay by Elizabeth Cowling, Professor Emeritus of the History of Art at the University of Edimburgh, will be produced for the exhibition. 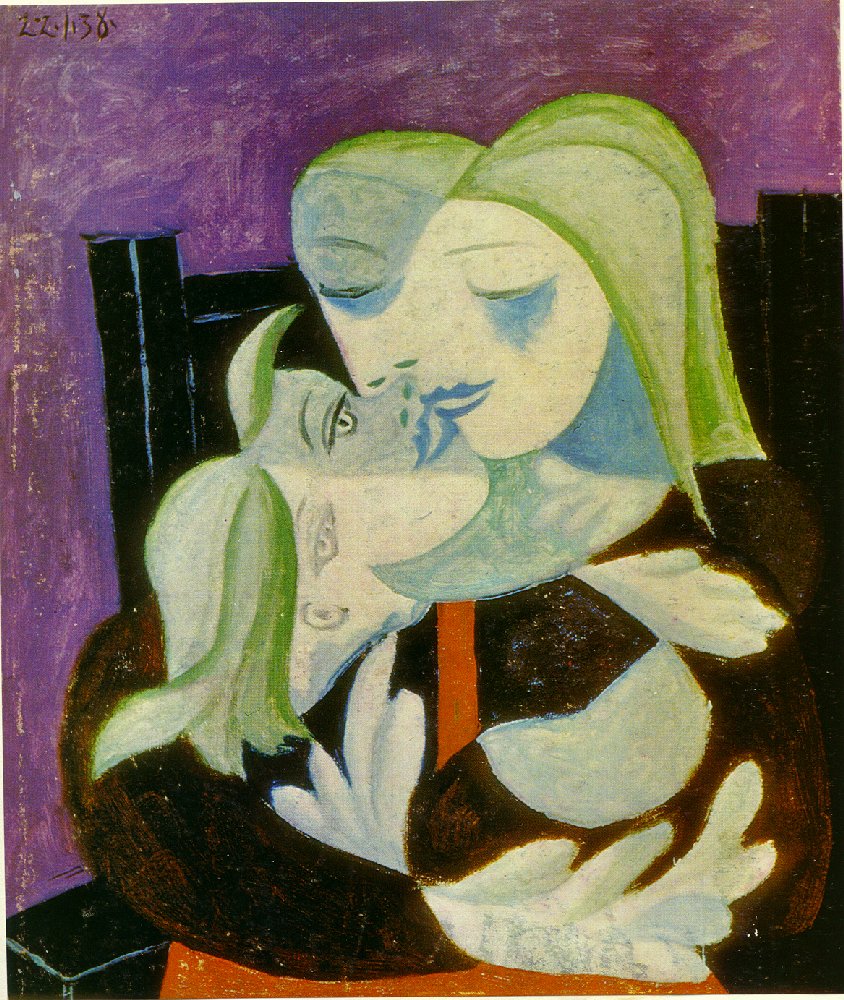 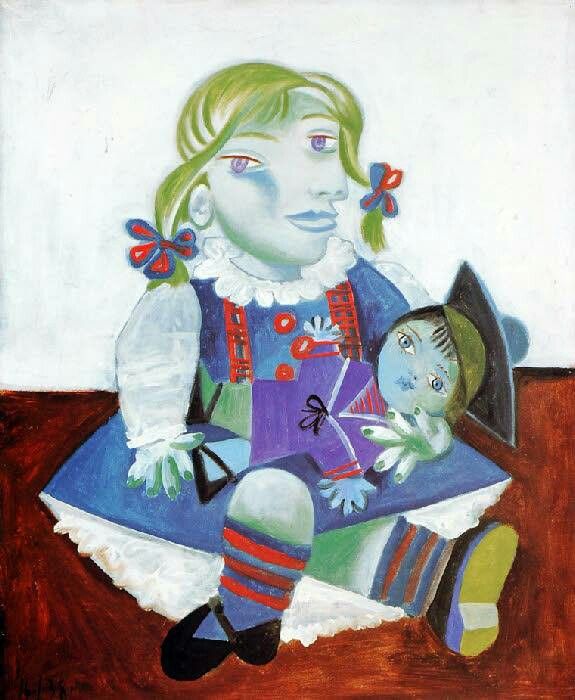 Posted by Jonathan Kantrowitz at 11:44 AM