A 2018 exhibition will establish Thomas Cole as a major artist of the 19th century within a global context. The artist's most iconic works, including The Oxbow (1836) and his five-part series The Course of Empire (1834–36) will be presented for the first time as a direct outcome of his transatlantic career.


Consummate works by J.M.W. Turner and John Constable, among others, will reveal Cole's engagement with European art, while masterworks by Asher B. Durand and Frederic E. Church will demonstrate Cole's extraordinary legacy in establishing a school of 19th-century landscape art in America.

Thomas Cole's Journey: Atlantic Crossings opens at the Metropolitan Museum of Art on January 30, 2018, and travels to the National Gallery London in June 2018.

With his work seldom seen outside the USA, this exhibition establishes British-born Cole (1801–1848) as a major global figure in 19th-century landscape art.

It also marks the first time that Cole’s monumental cycle of paintings The Course of Empire (1833–36, New York Historical Society) has been shown in the UK, and provides a vivid new context for

Cole’s The Oxbow (1836, The Metropolitan Museum of Art); a founding masterpiece of American landscape painting 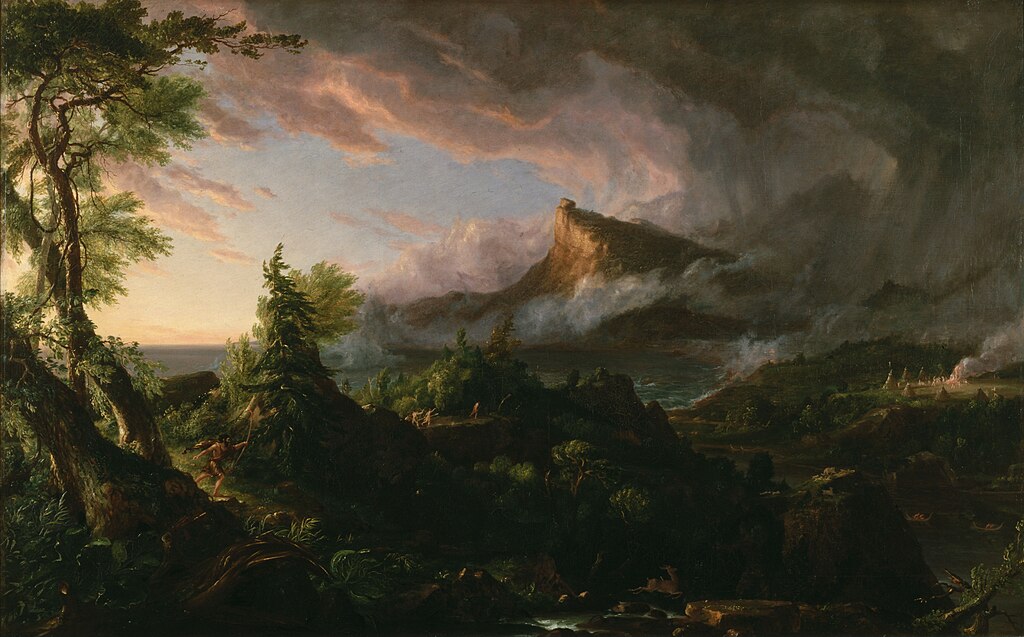 The Course of Empire – The Savage State;

The Course of Empire – The Arcadian or Pastoral State; 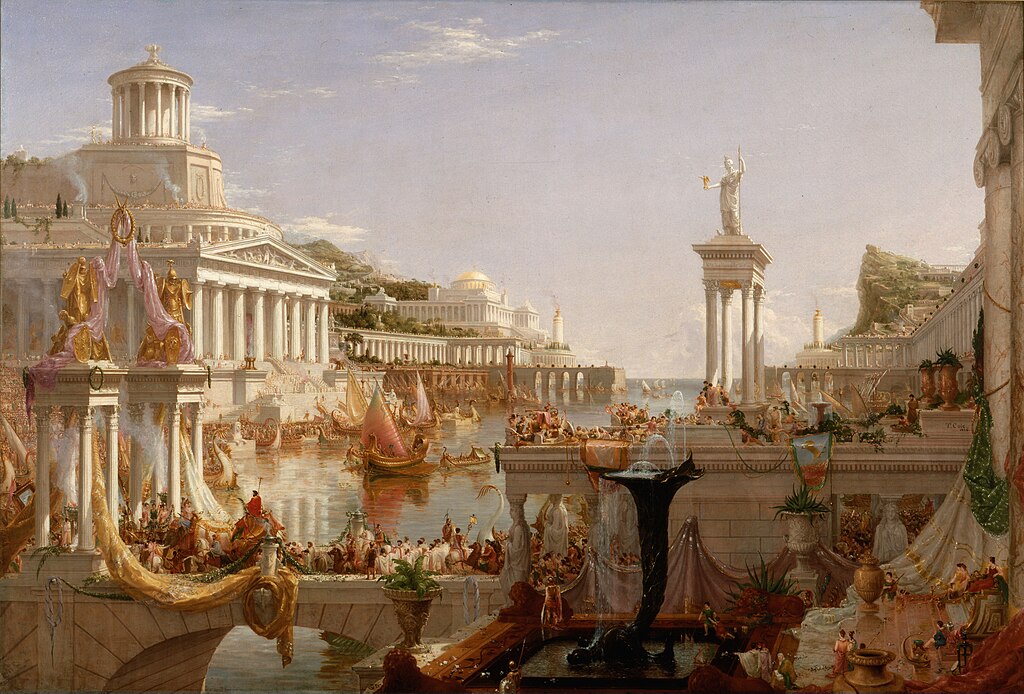 The Course of Empire – The Consummation of Empire; 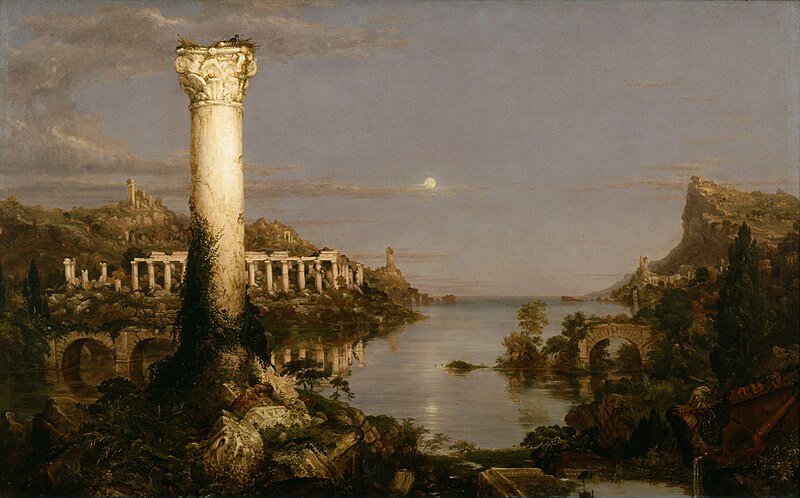 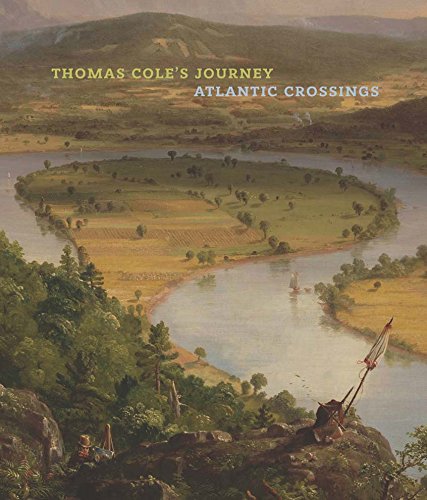 Thomas Cole (1801–1848), arguably the greatest American landscape artist of his generation, is presented here in a new light: as an international figure, born in England, and in dialogue with the major landscape painters of the age, including J.M.W. Turner and John Constable. Cole traveled in Europe from 1829 to 1832. Thomas Cole’s Journey reexamines his seminal works of 1832–36—notably The Oxbow and Course of Empire—as a culminating response to his experiences of British art and society and of Italian landscape painting. These, combined with Cole’s passion for the American wilderness and his horror of the industrial revolution in Britain, led him to create works that offer a distinctive, even dissident, response to the economic and political rise of the United States and the ecological changes then underway. This groundbreaking book also discusses Cole’s influence on later artists, from Frederic Edwin Church to Ed Ruscha.

Posted by Jonathan Kantrowitz at 4:40 PM