The Kunsthaus Zürich is to receive the collection of Gabriele and Werner Merzbacher as a long-term loan, one of the most important private collections of modern art. A total of 65 works have been promised to the Kunsthaus for at least 20 years. They include paintings by the great masters of Impressionism, Post-Impressionism and Fauvism, members of the ‘Brücke’ and ‘Blauer Reiter’ groups, and many more. The cooperation, which involves 65 paintings and a minimum commitment of 20 years, is a gesture of gratitude to Zurich and Switzerland by Werner Merzbacher, who was born in Oehringen, Germany, in 1928 and came to Switzerland as a child refugee in 1939, and a chance for him to share his passion for art with the public at large. The Kunsthaus Zürich has been given the opportunity to view almost 200 paintings and sculptures and select the works that best complement its own important holdings and the Bührle Collection, which also moves to the enlarged Kunsthaus from 2020.

A FEAST OF COLOUR FOR GENERATIONS

At the most immediate level, the works are linked together by the dominance of colour. They will combine to present visitors to the Kunsthaus Zürich with a dazzling panorama spanning the birth and evolution of the most significant schools and movements in modern art. The starting point of the collection is the exclusive group of exceptional works thatGabriele Merzbacher-Mayer inherited from her grandparents Bernhard and Auguste Mayer and that, since the 1960s, has been progressively enriched through further acquisitions of great art. Werner Merzbacher picks out those that touch him because, as he says, they resemble his own character. The selection that will be coming to the Kunsthaus therefore tells a dual story,of both art and a family.

The collection assembled by the businessman and his family, who live in the canton of Zurich, has already been exhibited to great acclaim, drawing hundreds of thousands to exhibitions in Jerusalem (1998/99), various Japanese cities including Tokyo (2001), and London(2002).


Among the highlights of the Royal Academy show were: 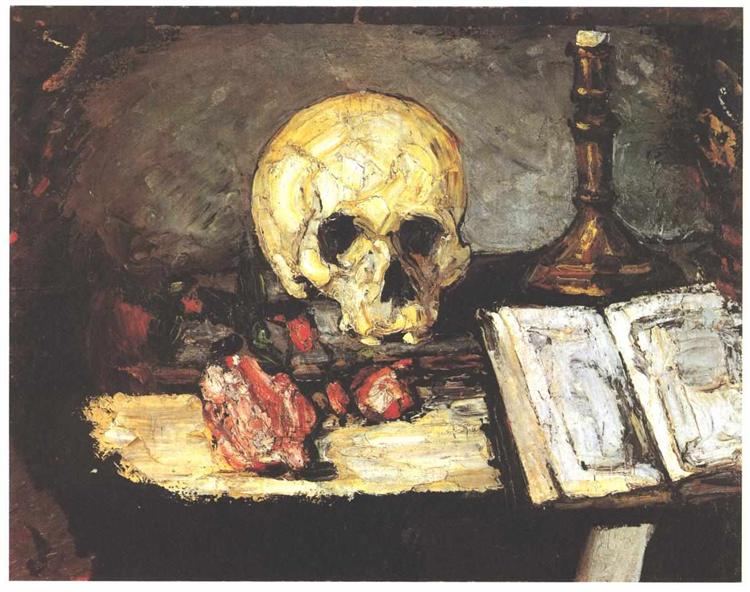 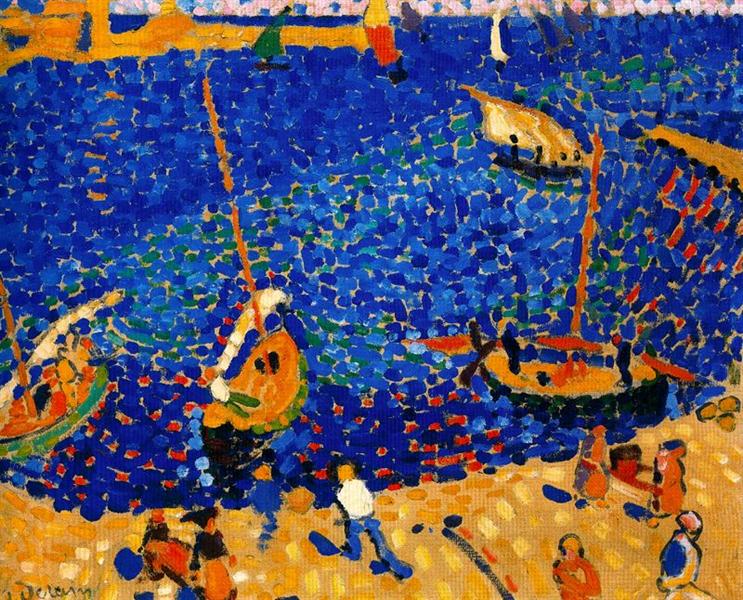 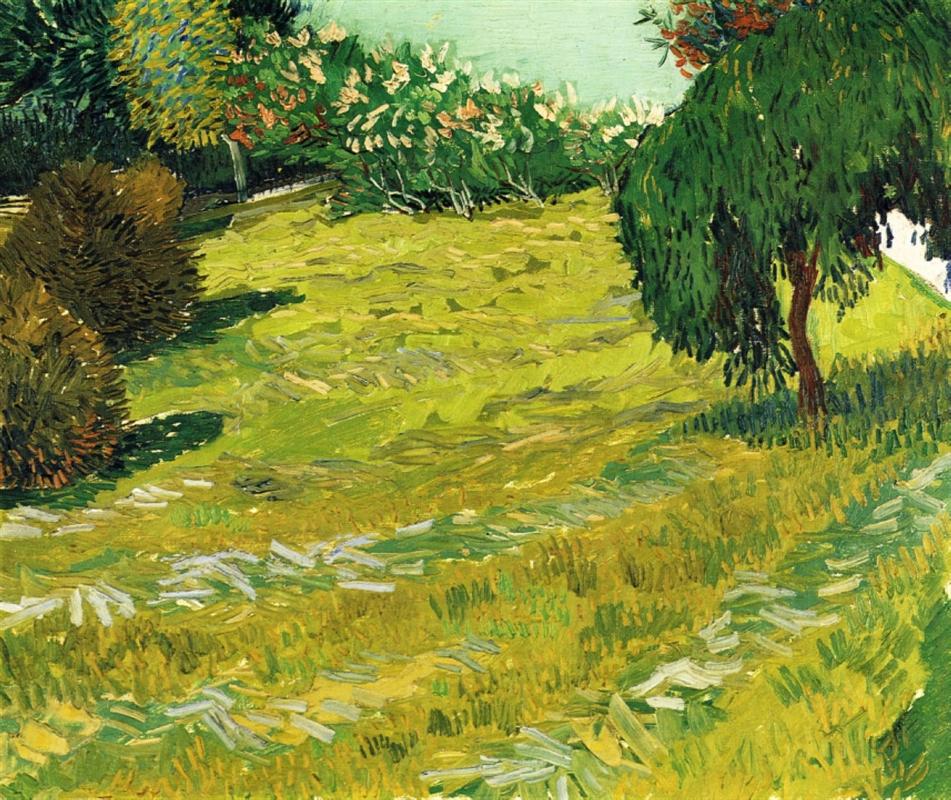 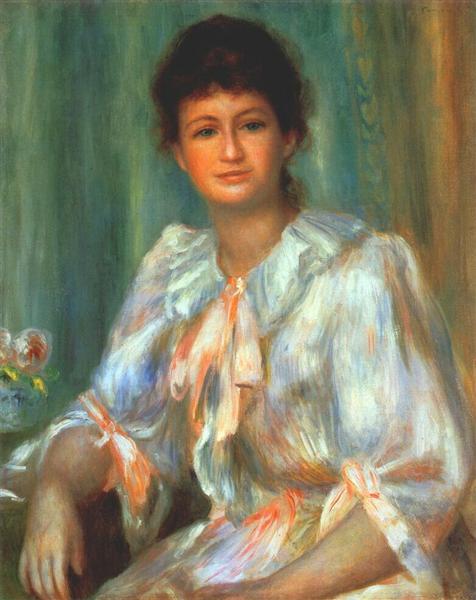 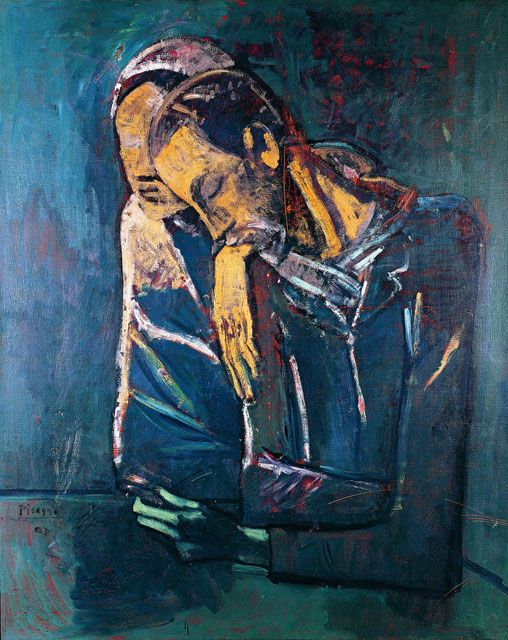 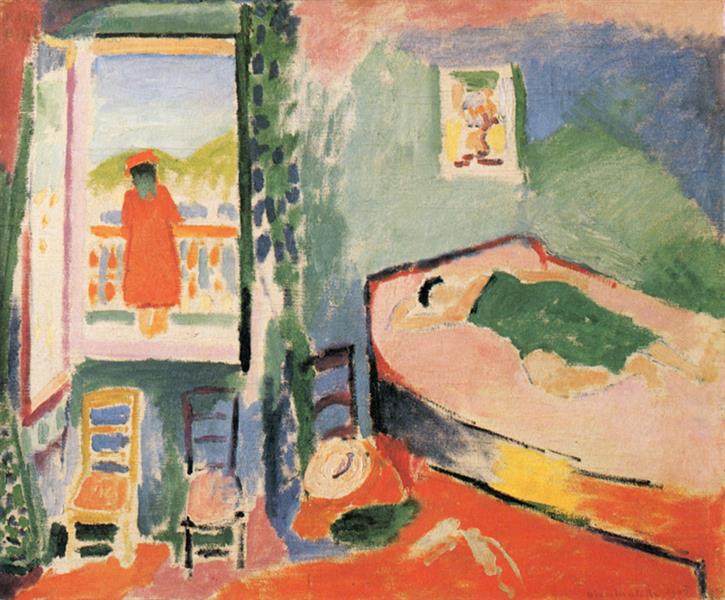 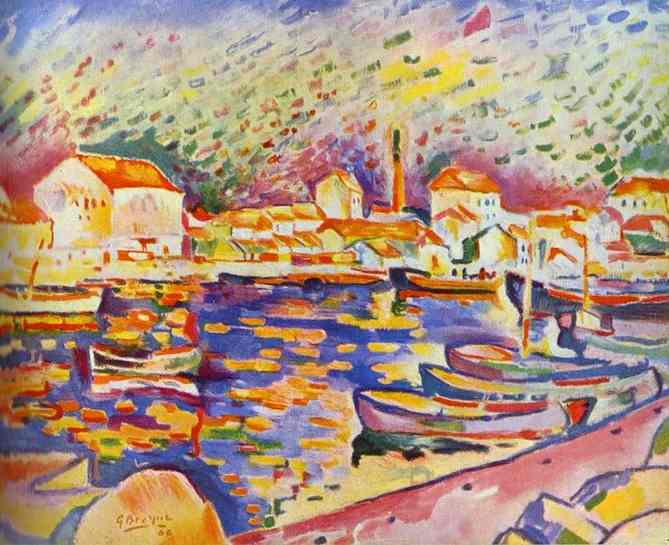 There were several works each by Vasily Kandinsky, Paul Klee, Ernst Ludwig Kirckner, Emil Nolde, Jawlensky, Erich Heckel, and Karl Schmidt-Rotluff. Certain works in the context of this exhibition create an unexpectedly forceful presence, for example, 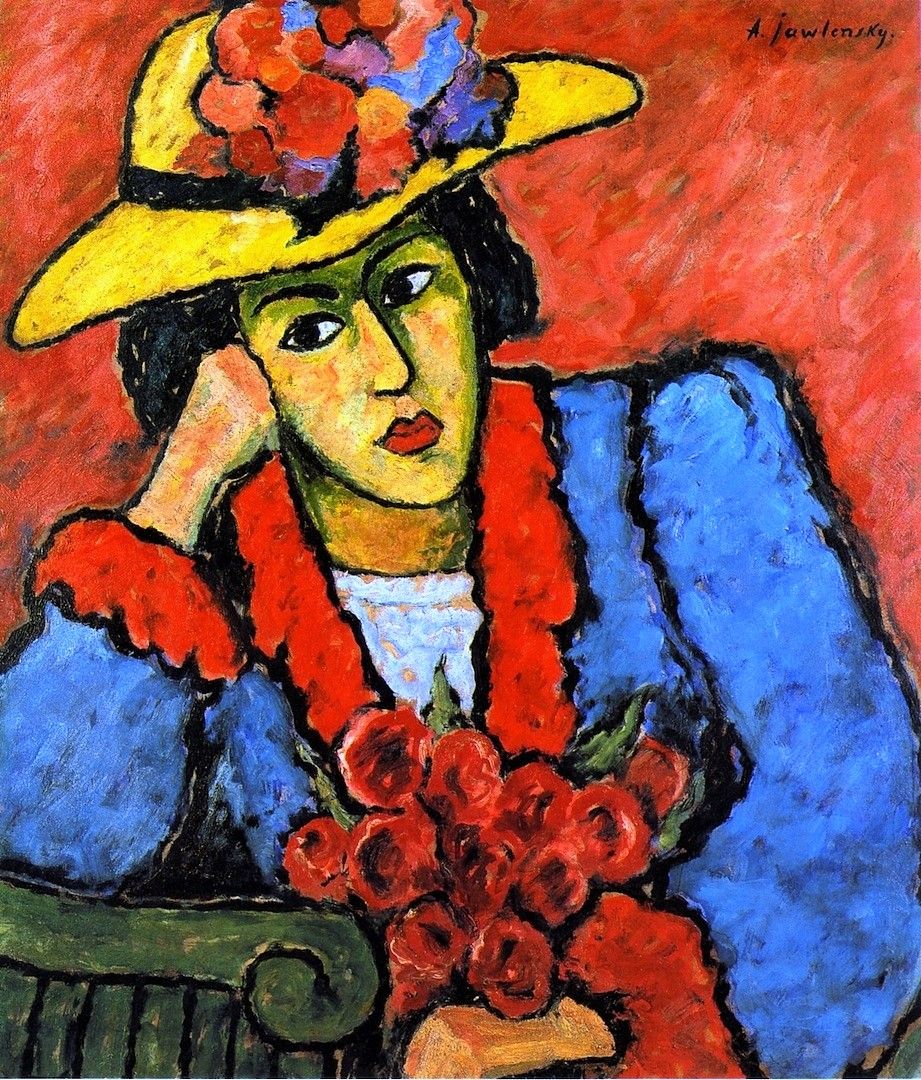 the marvellous portrait by Alexej Jawlensky, Lady in a Yellow Hat, c.1910, a determined vital work, 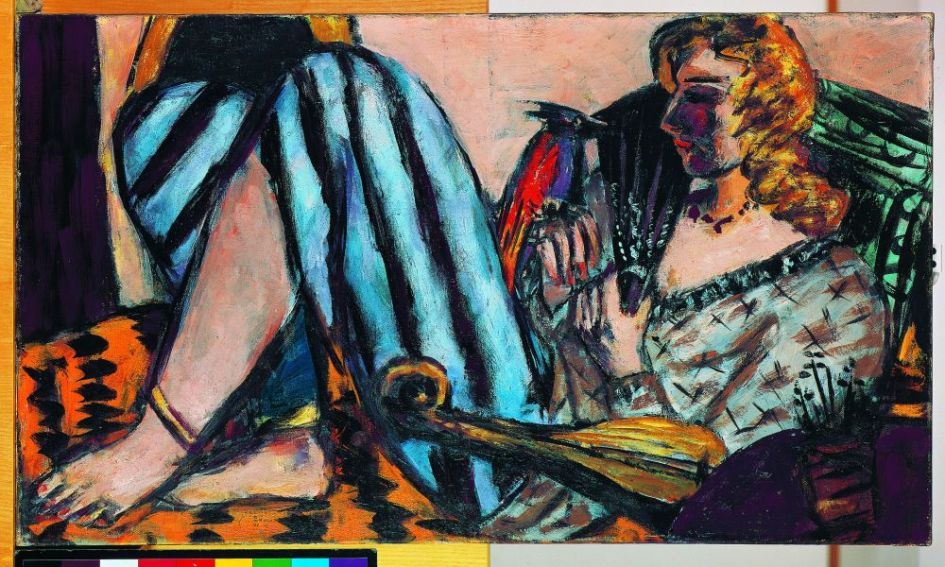 and Max Beckmann’s Woman with a Red Rooster, 1941, a painting with implied drama and tension and strong formal preoccupations.

The focus of the exhibition Van Gogh Inspires: Matisse, Kirchner, Kandinsky: Highlights from the Merzbacher Collection is on the way Van Gogh influenced the French Fauvists and German Expressionists. Fourteen works from the Merzbacher Collection are being shown at the Van Gogh Museum, representing the most important Fauvists (including Matisse, Derain, De Vlaminck and Braque) and German Expressionists (such as Kirchner, Kandinsky, Jawlensky and Pechstein).

The selection includes Interior at Collioure (Afternoon Rest) by the Fauvist Henri Matisse, (above) 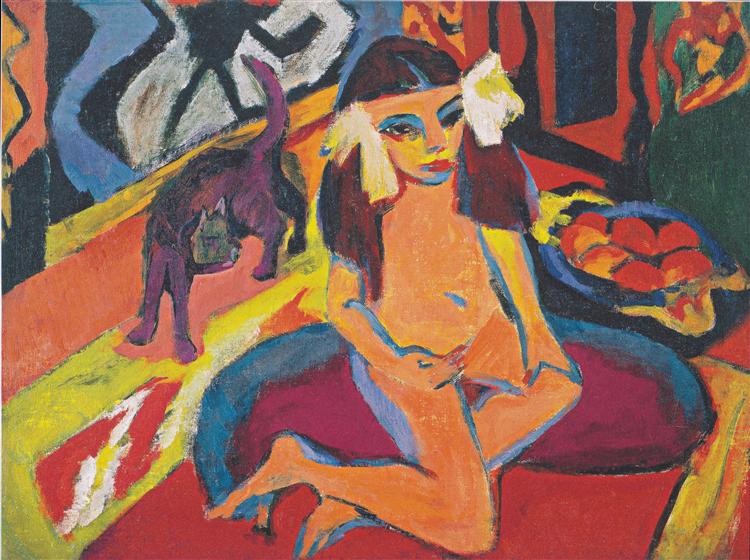 and the expressive Girl with Cat, Fränzi by Ernst Ludwig Kirchner of the group Die Brücke.

Each is an iconic example of the respective artist’s oeuvre. The private art collection assembled by Werner and Gabrielle Merzbacher is considered one of the finest in the world. All the loans are being shown in the Netherlands for the first time.

Vincent van Gogh wrote in a letter to his brother Theo that ‘painters being dead and buried, speak to several following generations through their works’. Van Gogh did indeed become a shining example for generations of artists after him. Beginning in 1905, the Fauvists in France and the German Expressionists of Die Brücke and Der Blaue Reiter looked for ways to heighten the evocative power of their works.

Van Gogh’s colourful, animated and emotionally charged paintings offered them a source of inspiration. The vitality of his work encouraged both the Fauvists and the Expressionists in their need to express their emotions through their art. These innovative artists took Van Gogh’s pursuit of freedom in form and colour to a new level. Or, as the Brücke artist Max Pechstein later declared: ‘Van Gogh was the father of us all!’

Maurice de Vlaminck, one of the French Fauvists, wrote:

‘I found in him some of my own aspirations. ...And at the same time a revolutionary sense, an almost religious feeling for the interpretation of nature. When I left the retrospective, my soul was deeply moved’

As a result, de Vlaminck’s paintings were imbued in the years that followed with the same kind of intensity as, for instance, Van Gogh’s shimmering wheatfields. With its colourful combination of bright tones and powerfully defined brushstrokes, The Potato Pickers immediately recalls Van Gogh’s Wheatfield with Crows. De Vlaminck’s decision to structure the composition diagonally further heightens the scene’s dynamism.

Van Gogh’s inspiration is similarly palpable in the works of the German Expressionists. The Blaue Reiter artist Alexej von Jawlensky went so far as to buy a painting by Van Gogh from Theo van Gogh’s widow. He wrote to her:

‘Van Gogh was to me both mentor and example. As a person and as an artist, he is precious and dear to me. To possess something by his hand was my deepest wish for many years.’


Great article, lots of images
Posted by Jonathan Kantrowitz at 10:02 AM