It would be difficult to think of an artist further removed from the muck and misery of the battlefield than Jean - Antoine Watteau (1684 – 1721), who is known as a painter of amorous aristocrats and melancholy actors, a dreamer of exquisite parklands and impossibly refined fêtes . And yet, early in his career , Watteau painted a number of scenes of military life, remarkable for their deeply felt humanity and intimacy. These pictures were produced during one of the darkest chapters of France’s history, the War of the Spanish Succession (1701 – 14).

But the martial glory on which most military painters of the time trained their gaze — the fearsome arms , snarling horses , and splendid uniforms of generals glittering amid the smoke of cannon fire — held no interest for Watteau, who focused instead on the most prosaic aspects of war : the marches , halts, encampments, and bivouacs that defined the larger part of military life. Inspired by seventeenth - century Dutch and Flemish genre scenes , t he resulting works show the quiet moments between the fighting, when soldiers could rest and daydream , smoke pipes and play cards.

Watteau produced about a dozen of these military scenes, but only seven survive. Though known primarily only to specialists, they were once counted among the artist’s most admired works and owned by such prominent figures as Catherine the Great and the Prince of Conti.

Presented exclusively at The Frick Collection in the summer of 2016, Watteau’s Soldiers is the first exhibition devoted solely to these captivating pictures, introducing the ar tist’s engagement with military life to a larger audience while offering a fresh perspective on the subject. Among the paintings, drawings, and prints are four of the seven known paintings — with the Frick’s own 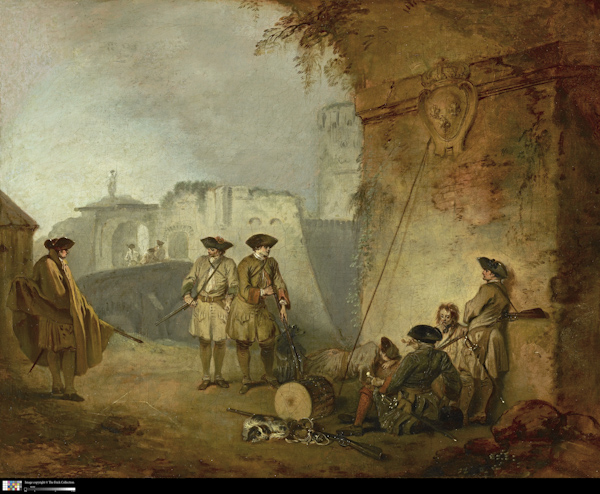 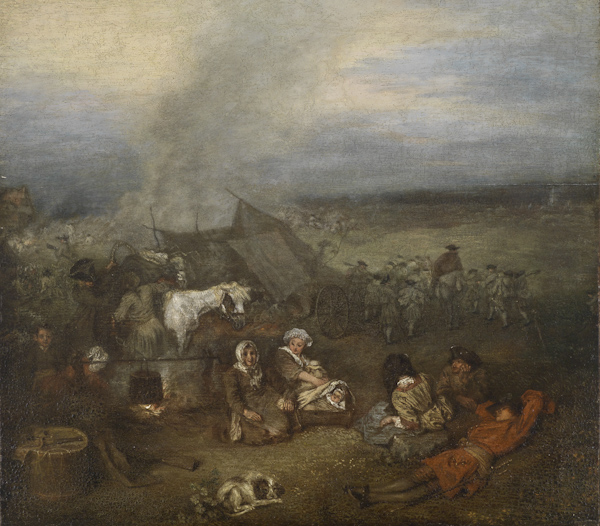 
Supply Train, which has never before been exhibited publicly in a museum.

Also featured are about twelve studies of soldiers in red chalk, many directly related to the paintings on view. The works on display offer a rare opportunity to study the drawings and paintings together and probe Watteau’s complex and remarkable working methods. Unlike most of his contemporaries, Watteau did not proceed methodically from compositional sketches, studies, and full - scale models to the final painting. Ins tead, his process followed the whims of his imagination and the demands of the moment. He began by drawing soldiers from life, without a predetermined end in mind. These drawings provided him with a stock of figures, often used multiple times, that he would arrange in an almost spontaneous fashion on the canvas. As a result, figures previously isolated in his sketchbook were brought together and juxtaposed in new social relationships on the canvas, producing the ambiguous, dreamlike effects that make hi s paintings so intriguing.

The exhibition is rounded out by a selection of works by Watteau’s predecessors and followers: the Frick’s Calvary Camp by PhilipsWouwerman, a typical example of the seventeenth - century Dutch paintings after which Watteau modeled his own; a study of a soldier by Watteau’s follower Jean - Baptiste Pater, from the Fondation Custodia , Paris ; and a painting of a military camp by his other great follower, Nicolas Lancret, from a private collection. These works shed light on the ways in which Watteau transformed the painting of military life in Europe, demonstrating his pivotal influence on the genre

Published by The Frick Collection in association with D Giles, Ltd., London, the book accompanying the exhibition includes an essay by Anne L. Poulet Curatorial Fellow Aaron Wile , and is the first illustrated catalogue of all Watteau works related to military subjects.

More images from the upcoming exhibition: 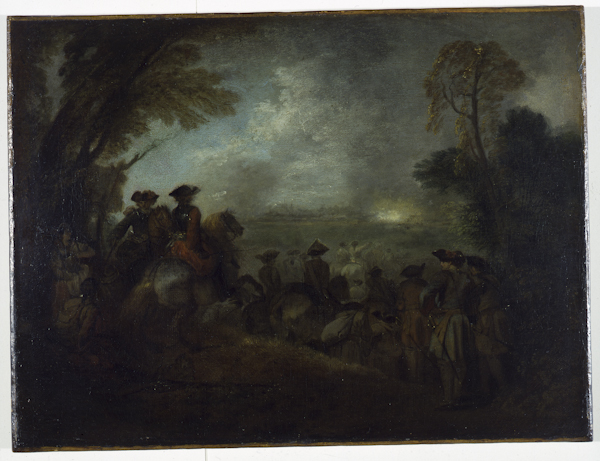 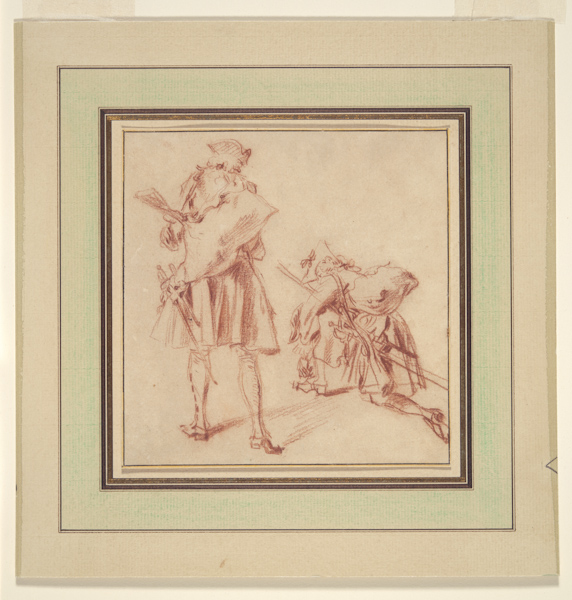 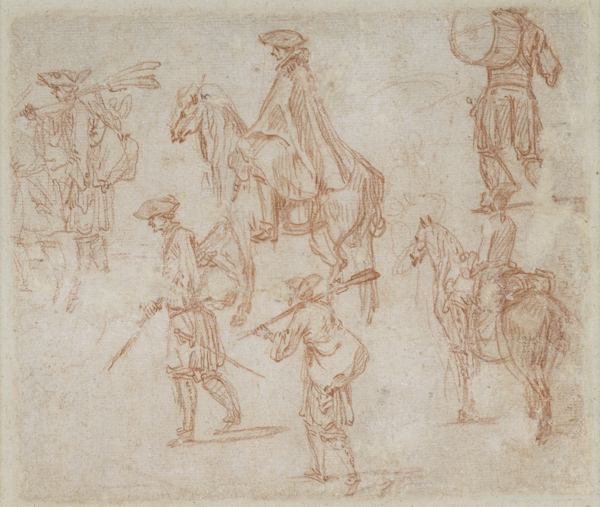 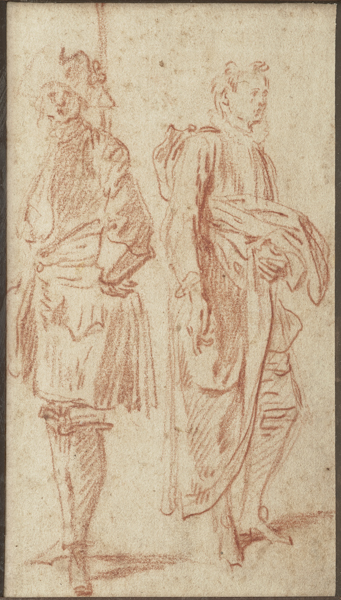 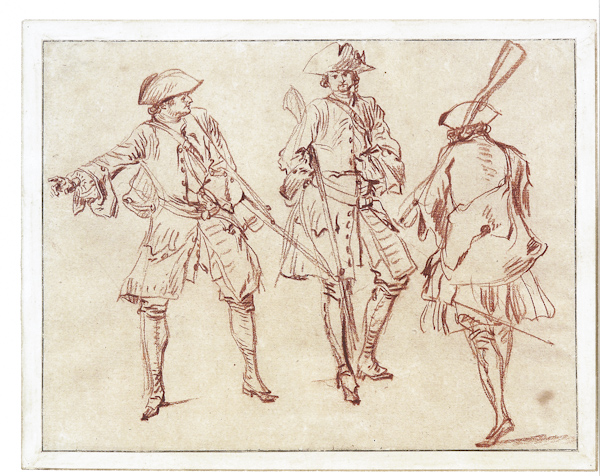 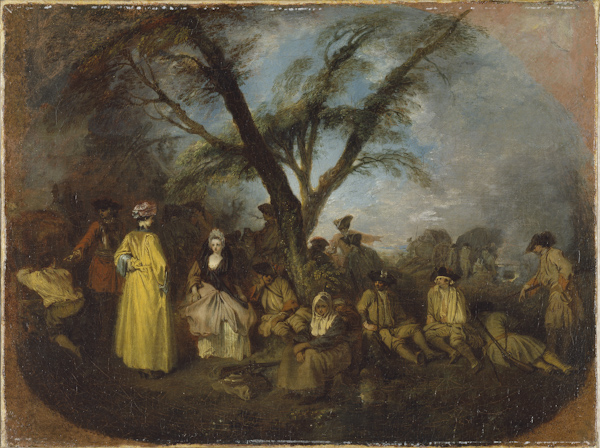 Posted by Jonathan Kantrowitz at 5:27 AM