inShare1
In partnership with the Metropolitan Museum of Art in New York, in spring 2018, the Musée du Louvre will be hosting an exhibition dedicated to the artistic career of Eugène Delacroix.

For the first time since the 1963 exhibition celebrating the 100-year anniversary of his death, this event will pool over 180 artworks by the artist, including a large number of paintings: from the young artist’s big hits at the Salon of 1820 up to his final less known and mysterious religious and landscape compositions.

The exhibition, from March to July 23, 2018, will showcase the tensions that formed this artist, striving for individuality while driven by aspirations to follow in the footsteps of 16th and 17th-century Flemish and Venetian artists. The installations and information provided will provide insight into his long, rife, and diverse career.

The exhibition will bring together masterpieces by Delacroix from museums in France (Lille, Bordeaux, Nancy, Montpellier, etc.) and exceptional international loans, particularly from the United States, Great Britain, Germany, Canada, Belgium, and Hungary.


Much remains to be learnt about Delacroix’s career. It spanned a little over forty years, from 1821 to 1863, but most of his best known paintings were produced during the first decade. The output from the next three quarters of his career is difficult to define, as it cannot be confined to a single artistic movement. Although Delacroix is often hailed as a forerunner of modern colorists, his career does not always fit a formalist interpretation of 19th-century art.

The exhibition is organized in three sections, presenting the three major periods in Delacroix’s long career and highlighting the motivations that may have inspired and guided his painting. The first section — focusing on the conquest and triumph of the first decade — studies the artist’s break with neoclassicism and his renewed interest in the expressive and narrative possibilities of paint. The second part explores the ways in which his large public murals (his main activity from 1835 to 1855) impacted on his easel painting, with its visible tension between the monumental and the decorative. Finally, the third section shows how his later years were seemingly dominated by a keen interest in landscape painting, tempered by an attempt to extract the essence from his visual memories.

These keys to interpretation allow for a new classification that goes beyond a mere grouping by genre and transcends the classical–Romantic divide, indicating instead that Delacroix’s painting resonated with the great artistic movements of his day: Romanticism of course, but also Realism, eclecticism, and various forms of Historicism. 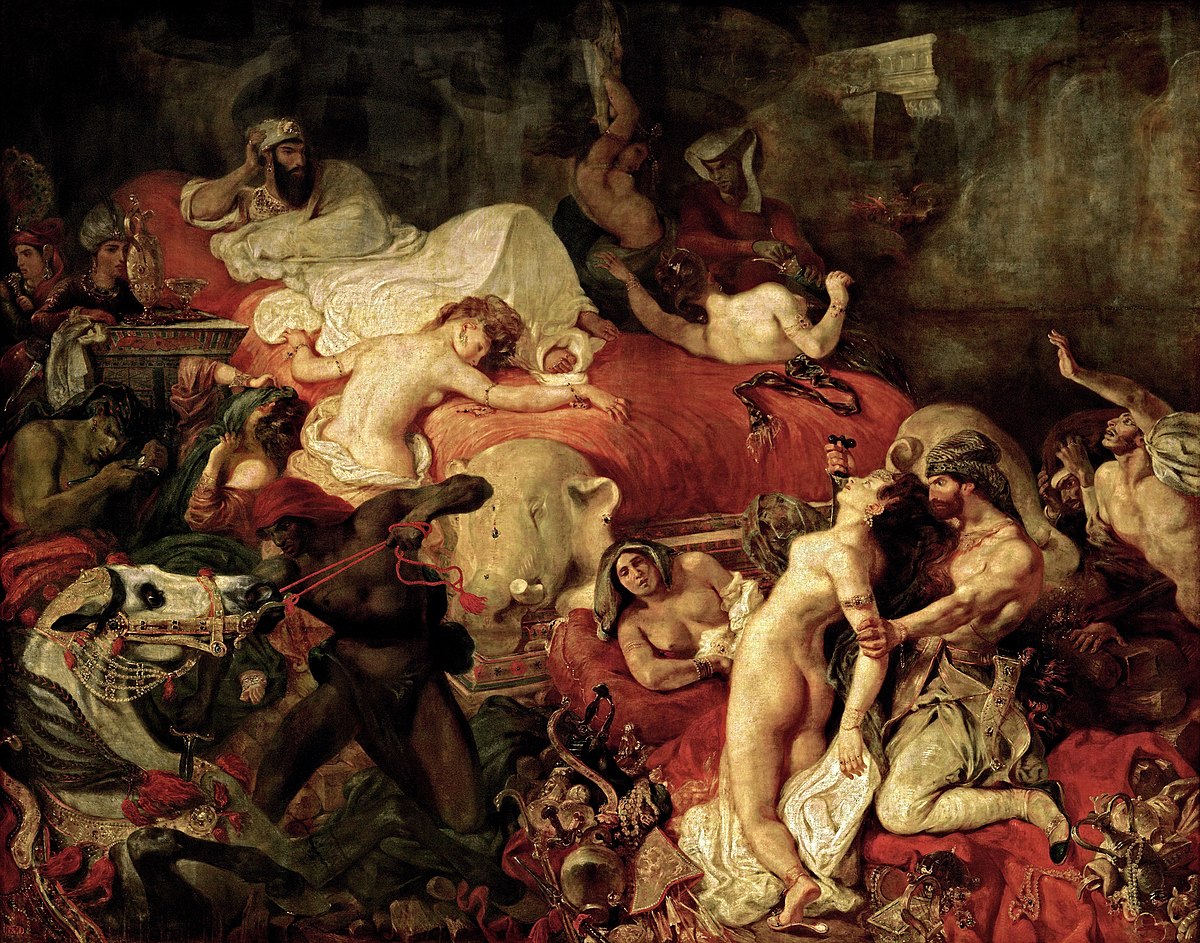 The Barque of Dante

Hamlet and Horatio in the graveyard

Young orphan girl in the cemetery 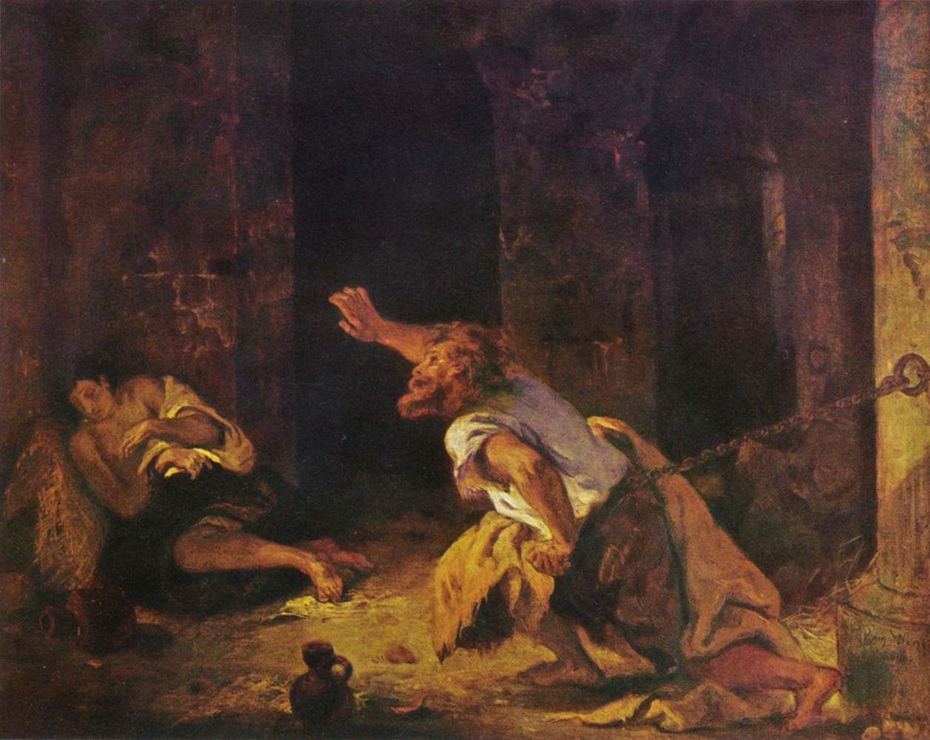 The prisoner of Chillon The Abduction of Rebecca 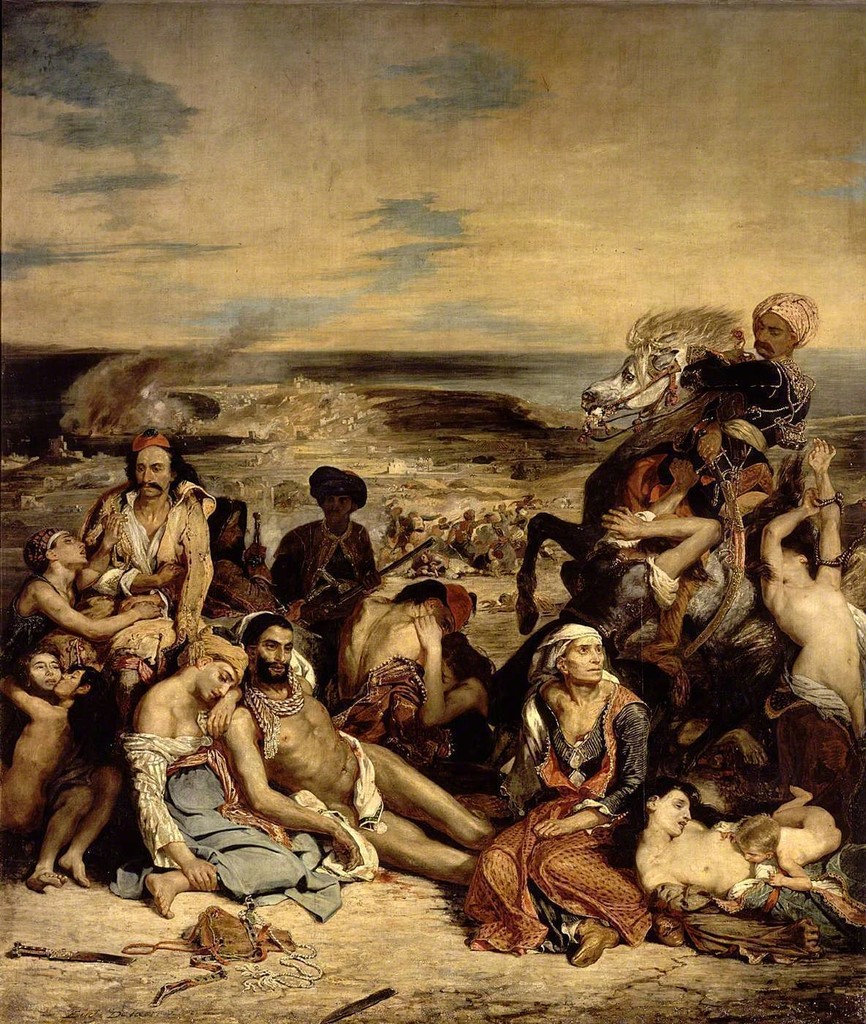 The Massacre at Chios 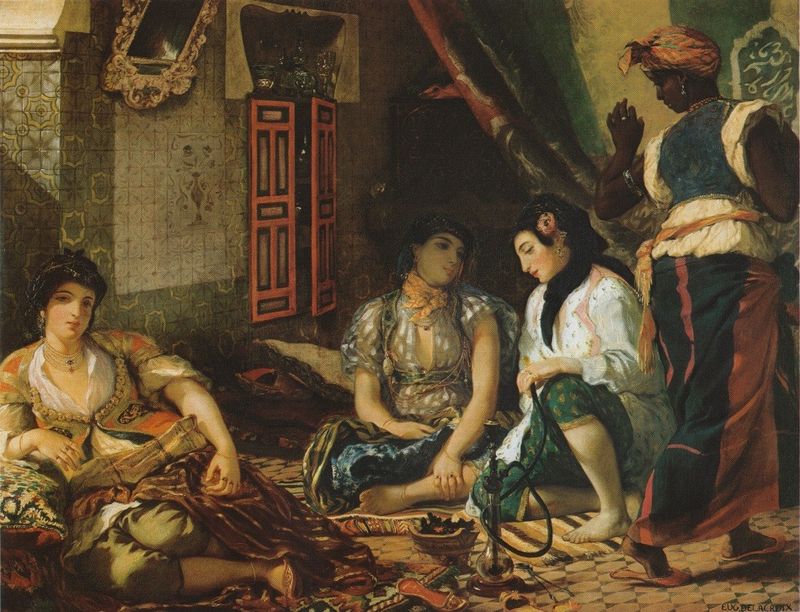 Women of Algiers in their apartment 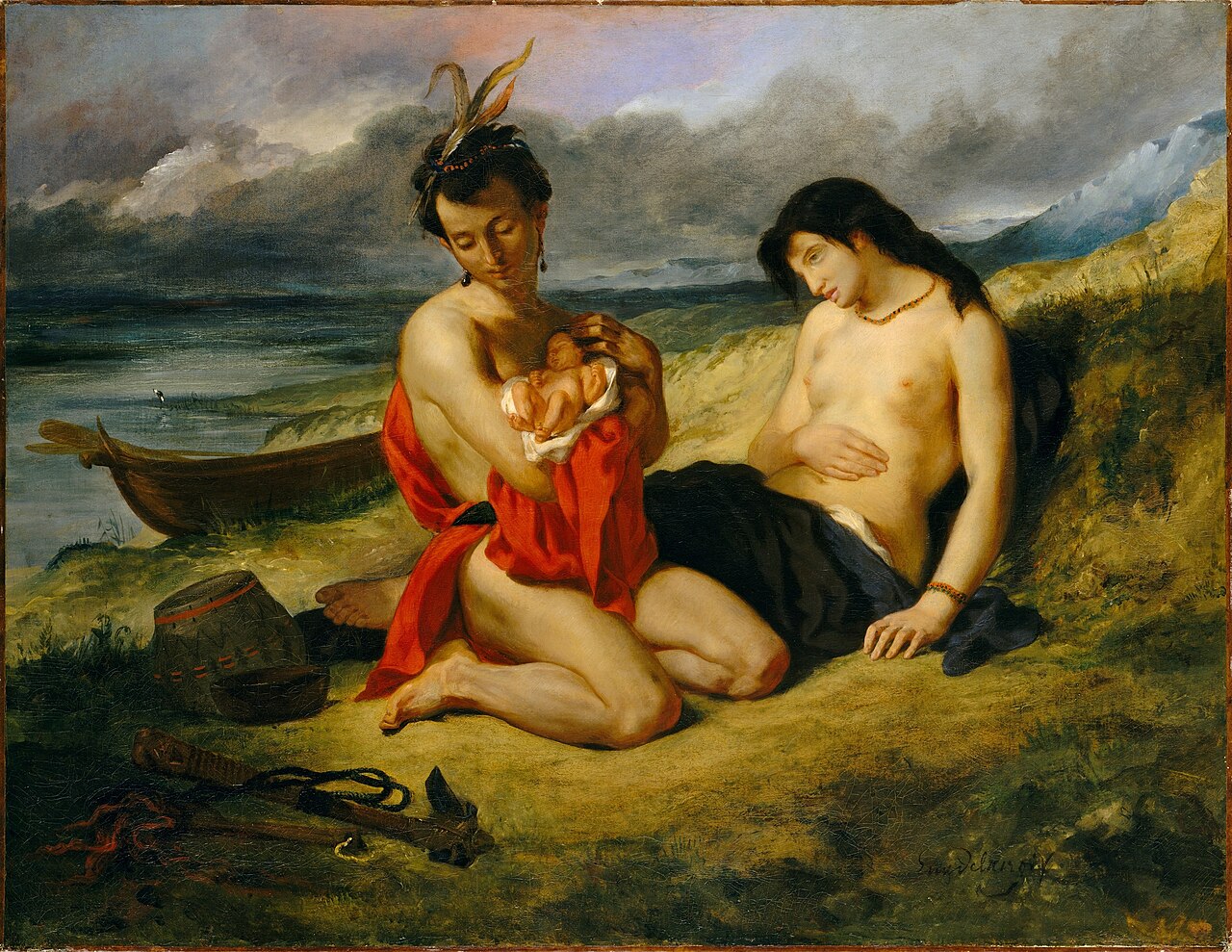 Eugène Delacroix - The Abduction of Rebecca (Metropolitan Museum of Art) 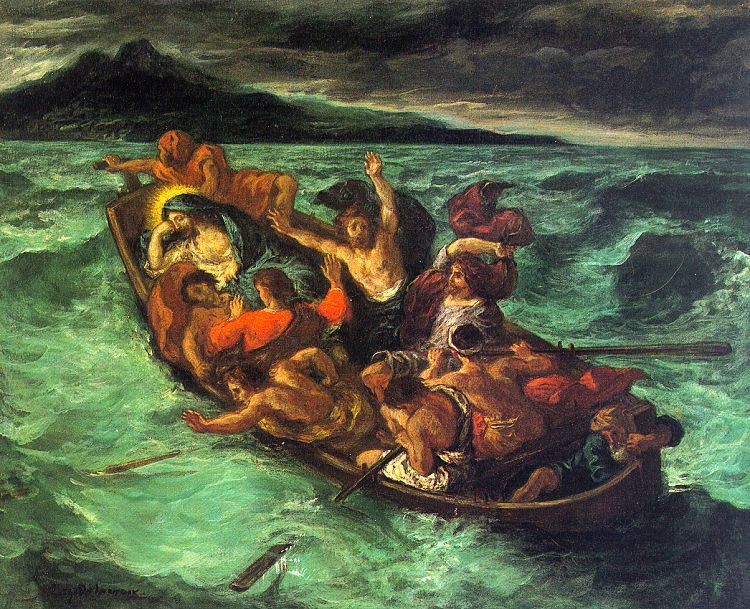 Eugène Delacroix - Saada, the Wife of Abraham Ben-Chimol, and Préciada, One of Their Daughters
1832, (Metropolitan Museum of Art) Bequest of Walter C. Baker, 1971 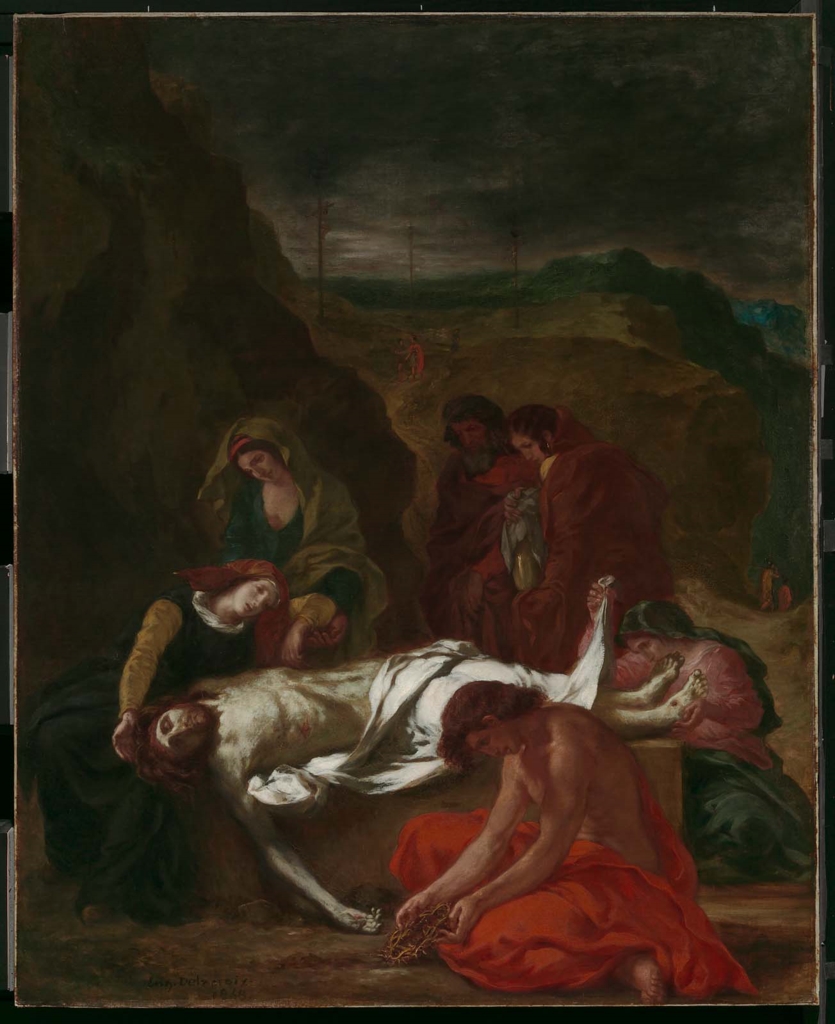 Posted by Jonathan Kantrowitz at 11:48 AM