‘The day I met Marie-Thérèse I realised that I had before me what I had always been dreaming about.’ - Pablo Picasso 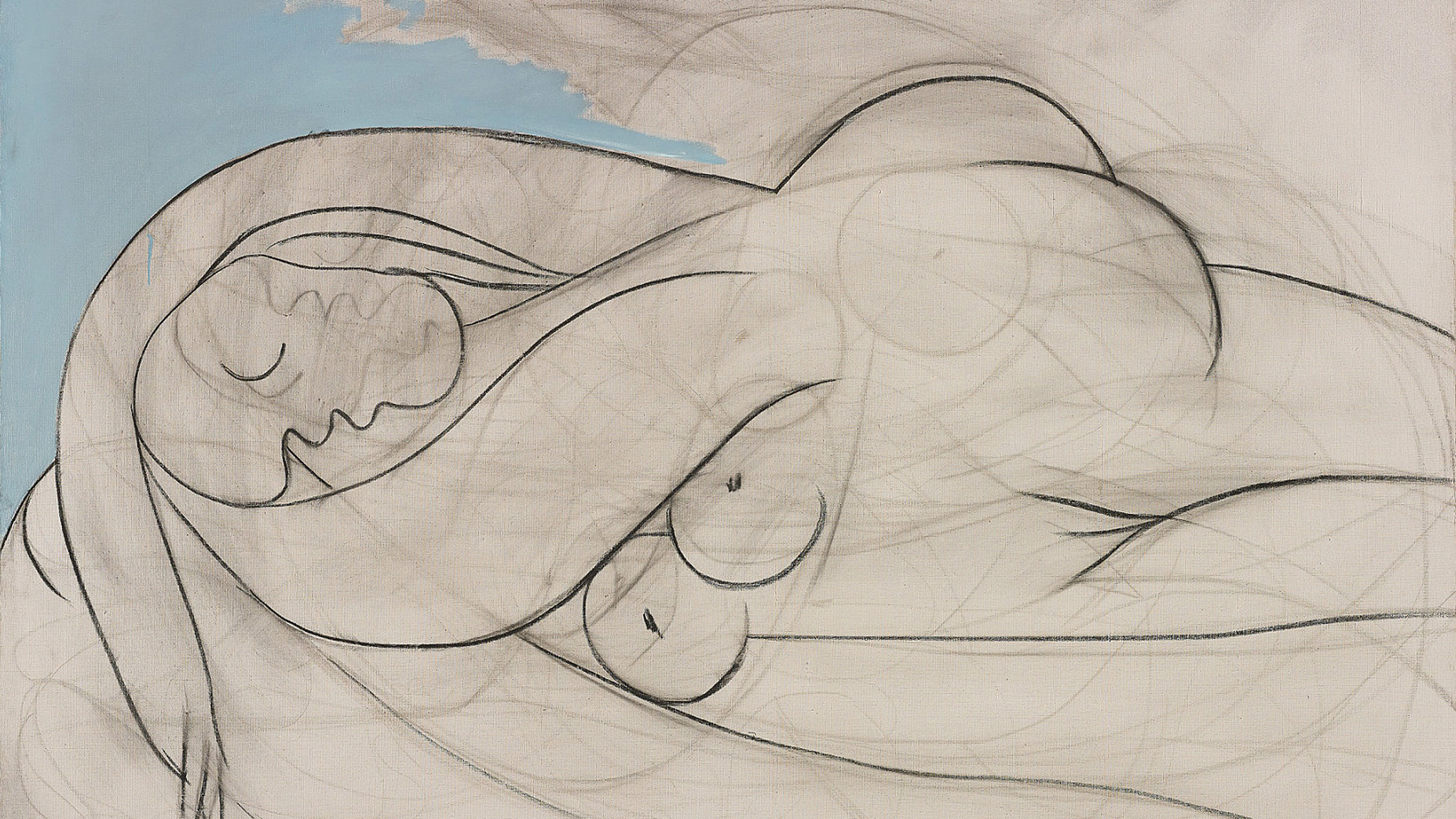 Phillips has announced that Pablo Picasso’s monumental Sleeping Nude will be sold as the centerpiece of Phillips’ 20th Century & Contemporary Art Evening Sale in London in March 2018. This extraordinary large-scale portrait of Picasso’s muse, Marie-Thérèse Walter, was executed in 1932 and remained in Picasso’s own collection until the end of his life, when it was inherited by his widow, Jacqueline Roque, and subsequently by her daughter. Sleeping Nude is emblematic of an iconic period of Picasso’s oeuvre that was shaped by his devotion to Marie-Thérèse. The work was acquired in 1995 by the present owner, a European private collector. It will be on view at Phillips’ New York from 3 November, and Hong Kong from 23 November 2017.

Hugues Joffre, Senior Advisor to the CEO, said: “ ‘Sleeping Nude’ depicts one of Picasso’s greatest muses: Marie-Thérèse Walter. Against a background of frenzied lines, Picasso has painted Marie-Thérèse’s body through a series of swooping curves, hinting at his fascination with her sensuous body. This work, executed during an important creative surge in 1932, exemplifies the sinuous, sensual style of painting that gave way to a string of masterpieces that are now housed in museum collections throughout the world. 1932, and Marie-Thérèse are the current focus of a major exhibition at the Musée Picasso, Paris; ‘Picasso 1932. Année érotique’, which will then travel to Tate Modern, London in the Spring of 2018. In response to the solid and consistent demand for important 20th century art, Phillips will offer selected works from this period, and as such we are delighted to present ‘Sleeping Nude’ as the star lot of our March Evening Sale.”

‘I am Picasso! You and I are going to do great things together.’ - Pablo Picasso to Marie-Thérèse Walter, 8 January 1927

Picasso met Marie-Thérèse on 8 January 1927, having been so struck by her beauty and youthful vitality that he approached her outside the Galeries Lafayette. Marie-Thérèse was initially ignorant of Picasso’s identity and celebrity, but soon fell under his spell, embarking on a years-long affair with the artist. This would inspire what John Richardson has described as Picasso’s 'most innovative period since Cubism.'

During the first few months of 1932 Picasso painted a string of masterpieces depicting Marie-Thérèse, including Sleeping Nude. One of Picasso’s most recognised works from January that year, painted only weeks before Sleeping Nude, is Le Rêve, formerly owned by Steve Wynn and now in the collection of Steve Cohen. Other iconic works from this same period include Le miroir, Femme nue, feuilles et buste, which is now on long-term loan to Tate Modern, London, and Jeune fille devant un miroir, painted the day after Sleeping Nude and now in the Museum of Modern Art, New York. Looking at this array of works, all created within a matter of weeks, it is not surprising to find that 1932 is described as Picasso’s Annus Mirabilis.

Sleeping Nude is all the more distinguished because of its fusion of painting and drawing. The stained-glass-like lines that featured in many of Picasso’s paintings from the time are here shown against a backdrop filled with charcoal pentimenti. They add an almost Cubist dimension to Sleeping Nude, showing Marie-Thérèse from a number of angles. The present work is emblematic of the rare pictures that show Marie-Thérèse sleeping, a subject that introduces an incredible sense of intimacy. In Sleeping Nude, the viewer is invited into the very private world of love and desire the artist and his lover shared. The seminal works intimately depicting Marie-Thérèse which Picasso created in the early months of 1932, such as Sleeping Nude, appear to celebrate a release from the torment of carrying on an affair while still married to his ballerina wife, Olga Khokhlova.

It is a tribute to the importance of Sleeping Nude that it has featured in a large number of exhibitions and publications, and also that it remained in Picasso’s own collection until the end of his life. Discussing his inability to let go of some of his greatest works, Picasso once boasted, or perhaps confessed: 'I am the greatest collector of Picassos in the world.'