BOZAR is devoting an exhibition about one of the best-known modern artists, and a passionate observer of a bustling century: Fernand Léger. His painting broke with artistic conventions and sought to transcribe the fragmentation and syncopated rhythm of a fast-moving society. His environment was the urban landscape of cars and machinery. Before becoming a painter, Léger was an architect’s apprentice, and his special connection with architecture would stay with him. He shared the avant-garde poets’ fascination with new forms of visual communication like advertising and typography. He was enthralled by Charlie Chaplin and cinema, and throughout his career, Léger worked with directors, choreographers and composers, designing scenery and costumes. This remarkable exhibition aims to present every facet of this twentieth-century giant.
Painter of the city who bore witness to the changes taking place in his own epoch, Fernand Léger is one of the most celebrated figures of modernity. From cubism to his commitment to communism, Léger’s painting remains associated with a vision of humanity transfigured by the machine and mass production. However, over and above these powerful images, his work is at one and the same time diverse and coherent, free from categories and from movements.

“Beauty is not codified or classified, beauty is all around, in the order of a set of saucepans on the white wall of a kitchen as well as in a museum” (L'Esthétique de la machine, l'ordre géométrique et le vrai, 1923). Fernand Léger’s catchphrase rings out like a hymn to the freedom of observation, refusing any conventional taste or established hierarchy between the fine arts and everyday life. The artist perceives the aesthetic power of modern life, vibrant and colourful, and the extraordinary challenge it represents for artists.

Taking into account his career history on its diversity, this retrospective exhibition Fernand Léger. Beauty is everywhere, sheds new light on the manner in which the artist reinvents painting by drawing on the spectacle of the world and by opening himself up to the other arts. Without ever ceasing to be a painter, Fernand Léger contributes to realms as varied as book illustration, theatre sets, mural painting, experimental cinema and photomontage. It is rare for modern painters to forge links with creators coming from the world of architecture (Le Corbusier, Charlotte Perriand, Paul Nelson…) the cinema (Abel Gance, Marcel L’Herbier, Sergei Eisenstein…) dance (Jean Börlin…) music (Darius Milhaud, Arthur Honnegger…) and poetry (Blaise Cendrars Vladimir Maïakovski…).
Bringing together five decades of creation, the thematic plan reflects the living image of painting inventing itself. Nourished by the vitality of his own epoch, work by Léger is destined to escape the confines of the picture frame, to evolve into the screen, onto the stage or onto the walls of the city. Over and above the regeneration of forms, his transdisciplinary approach is tied to his political commitment and linked to his desire to make art part of daily life and to express himself to the greatest number of people.

This monographic exhibition relies on a number of exceptional loans from the Centre Pompidou, Musée national d’art moderne, completed by major works from large - scale public and private international collections. The display of numerous archival documents allows the presentation of different facets of the man : author of influential texts on painting and on his time, well seasoned traveller, professor in the workshop where hundreds of artists would be trained.

Twenty years after the great retrospective organised in Paris, the Centre Pompidou – Metz pays a tribute to the exceptional personality of this great figure of the avant–garde. Organised on a territory which bears the marks of its industrial past, the exhibition Fernand Léger. Beauty is everywhere represents one of the great events of the fortieth anniversary of the Centre Pompidou. It serves as a reminder of the convergence between the artist’s humanist ideas and the founding missions of the establishment : an openness to creation in all its forms, the ambition for an art for everybody.

The exhibition « Fernand Léger. Beauty is everywhere » is conceived and organized by Centre Pompidou-Metz in partnership with BOZAR, Centre for Fine Arts Brussels. It is realized with the exceptional support of Centre Pompidou, Musée national d'art moderne - Centre de création industrielle. We would also like to extend our thanks to our generous Patron. With the support of the Promotion of Brussels of the Wallonia-Brussels Federation.

The Centre for Fine Arts celebrates its 90th birthday in 2018. The exhibition Fernand Léger. Beauty is Everywhere kicks off the festivities. 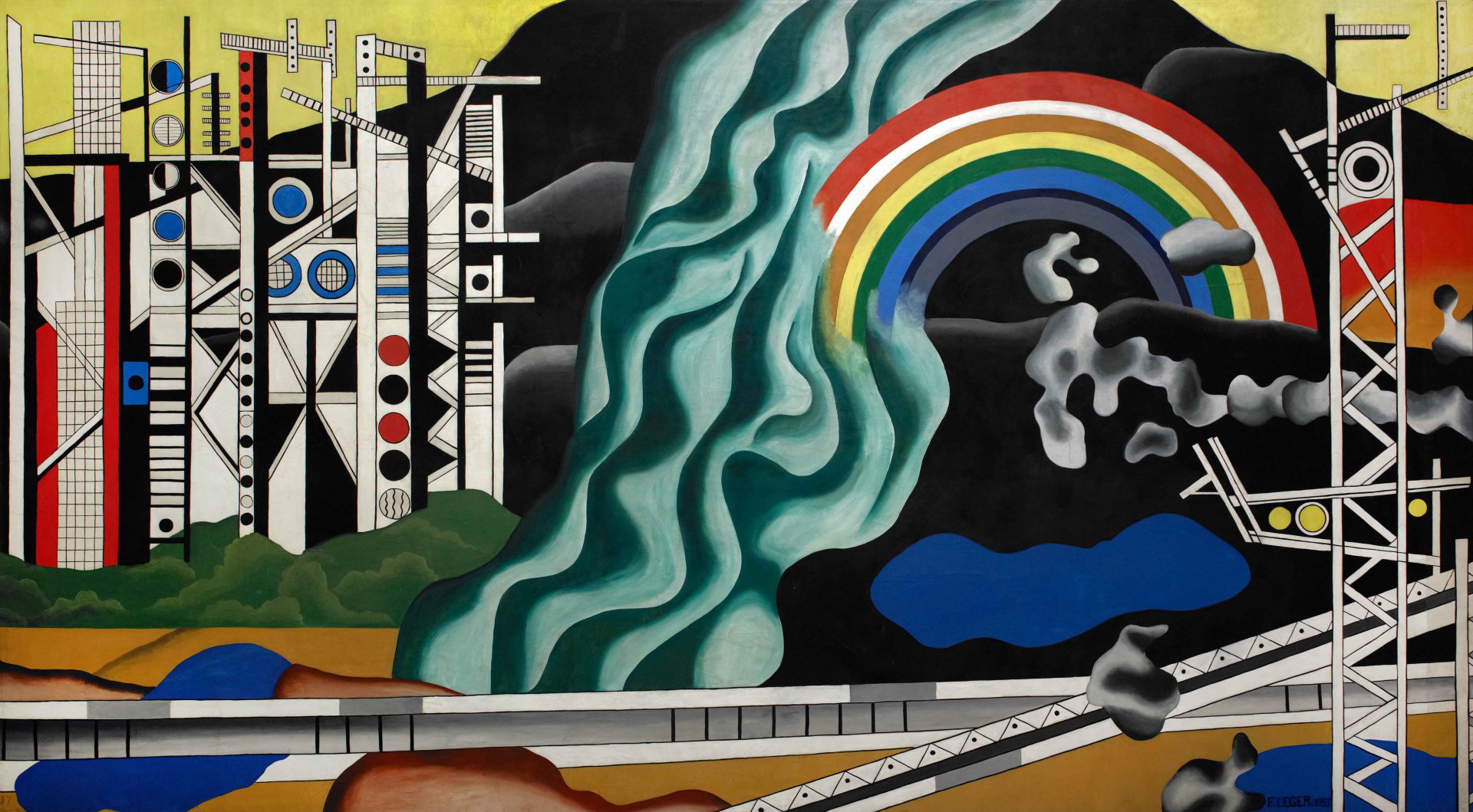 
Posted by Jonathan Kantrowitz at 12:30 PM