“It is always assumed that Venice is the ideal place for a honeymoon. This is a grave error. To live in Venice or even to visit it means that you fall in love with the city itself. There is nothing left over in your heart for anyone else.” Peggy Guggenheim, Out of This Century: Confessions of an Art Addict Peggy Guggenheim.

The Last Dogaressa, curated by Karole P . B . Vail , Director of the Peggy Guggenheim Collection , with Gražina Subelytė, Assistant Curator, will be on view at the museum from 21 September 2019 to 27 January 2020. The Peggy Guggenheim Collection thus celebrates the Venetian life of its founder, highlighting the events and the exhibitions that marked the thirty years she spent in Venice, from 1948 to 1979, which proved to be authentic milestones in the history of 20th century art.

The exhibition focuses on Guggenheim’s collecting after 1948, once she closed her museum/gallery Art of This Century (1942 - 47), left New York, and moved to Venice. More than sixty works by famous and lesser - known artists will be exhibited, including paintings, sculptures, and works on paper selected from those Guggenheim acquired from the late 1940s through 1979, when she passed away. 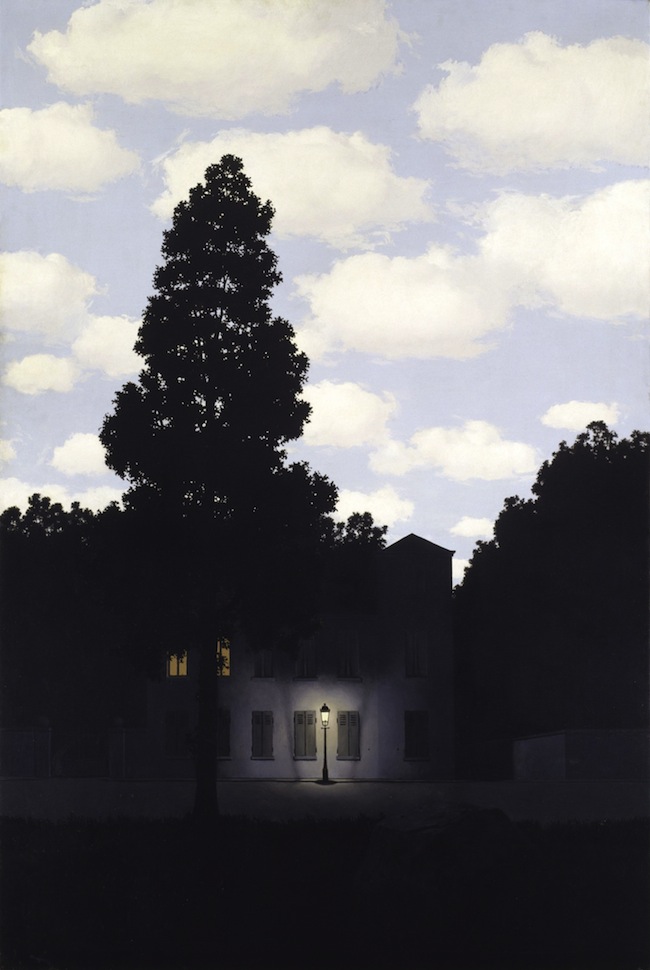 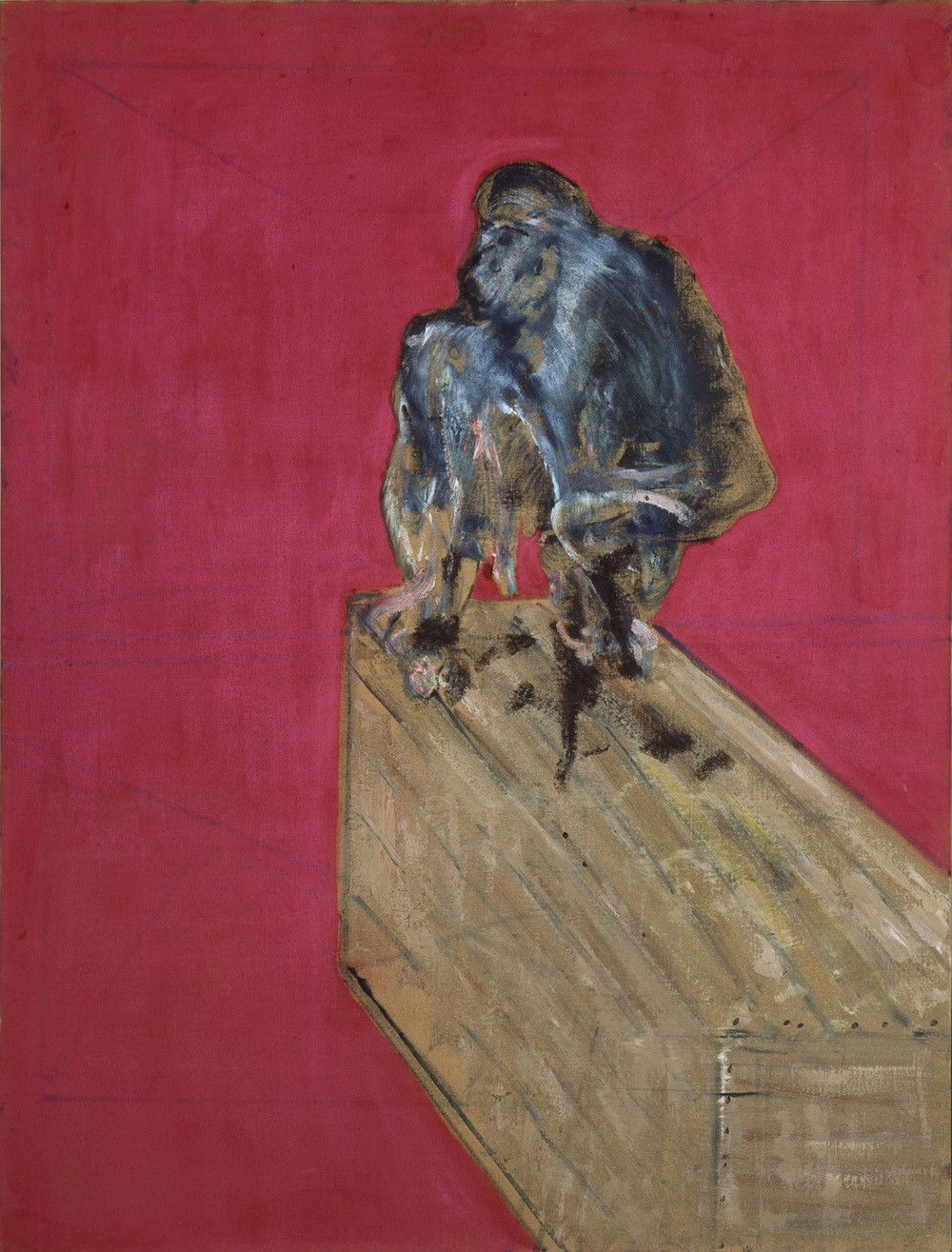 The exhibition will offer the rare opportunity to revisit and re - contextualize famous masterpieces such as Empire of L ight ( L’Empire des lumières ) by René Magritte, and Study for Chimpanzee by Francis Bacon , as well as less exhibited works such as René Brô’s Autumn at Courgeron ( L'Automne à Courgeron ) , Gwyther Irwin’s Serendipity 2, Kenzo Okada’s Above the White , and Tomonori Toyofuku’s Drifting No. 2, thus demonstrating Guggenheim’s interest in the art scene beyond Europe or the United States. In addition, a selection of Guggenheim’s scrapbooks will be on display to the public for the first time. These are fascinating albums in which she meticulously collected newspaper articles, photographs, and ephemera covering the various period s of her life revealing new exciting episodes. Simultaneously, Palazzo Venier dei Leoni will display works Guggenheim purchased between 1938, when she opened her first gallery in London, Guggenheim Jeune, and 1947, when she moved to Venice.

The opportunity to see her collection almost in its entirety, including masterpieces such as the first Box in a Valise (Boîte - en - Valise ), created by Marcel Duchamp especially for Guggenheim in 1941, is not to be missed. The work contains sixty - nine miniature reproductions of famous works by the multifaceted and irreverent French - American artist. It is rarely on view to the public due to its fragility, and it will now be possible to admire it as it has returned to Venice after an important study and conservation campaign. This has been carried out by the Opificio delle Pietre Dure and its conservation laboratories in Florence, and supported by EFG, Institutional Patron of the Peggy Guggenheim Collection.

In 194 8, Guggenheim was invited to exhibit her collection at the 24 th Venice Biennale: it was the first presentation of her collection in Europe after the closure of Art of This Century. Peggy Guggenheim. The Last Dogaressa opens with a tribute to this seminal event: the works of art exhibited in the Greek pavilion were at the time the most contemporary exhibited at the Biennale, most notably those by the young American Abstract Expressionists, which created a sensation . In addition, the exhibition marked Jackson Pollock’s debut in Europe and the first presentation of a new generation of artists who, in the following years, would dominate the international art scene.

The same works by Arshile Gorky, Robert Motherwell, Mark Rothko, and Clyfford Still exhibited in 1948 will open the present show. Two important works by Pollock will be on view, including Alchemy and Enchanted Forest , thus paying tribute to his first solo exhibition in Europe, which was organized by Guggenheim in 1950 in the Ala Napoleonica in Piazza San Marco, Venice. Works by Abstract Expressionists will be included side by side works by women abstract artists whom Guggenheim supported and collected, such as Grace Hartigan and Irene Rice Pereira. The work on view by Rice Pereira was included in the solo exhibition Guggenheim dedicated to the artist at Art of This Century in 1944.

The exhibition continues with a reference to the first show Guggenheim organized at Palazzo Venier dei Leoni in September 1949 , marking this year its 70th anniversary : an exhibition of contemporary sculpture, with works such as Jean Arp’s Head and Shell (Tête et coquille) , the founding work of the collection, Constantin Brancusi’s Bird in Space (L'Oiseau dans l'Espace) , and Alberto Giacometti’s Piazza .

In the late 1940s , a new phase in Guggenheim’s collecting commenced. This is represented in the exhibition by a series of works by Italian artists who were active at that time: Edmondo Bacci, Piero Dorazio, Tancredi Parmeggiani, and Emilio Vedova. Together with Giuseppe San tomaso, Vedova (his painting Image of Time [Barrier] ( Immagine del tempo [Sbarramento] ), will be on view) was among Guggenheim’s first acquaintances upon her arrival to Venice. Subsequently, in 1951 , the American painter William Congdon introduced Guggenhe im to Tancredi (his Composition ( Composizione ), will be on display). Tancredi was the only artist, other than Pollock, to be put under contract by Guggenheim, who promoted and organized exhibitions of his work, including a solo show in her Venetian residence, Palazzo Venier dei Leoni, in 1954. Guggenheim also promoted Bacci in her early years in Venice. She wrote a short but enthusiastic preface in the catalogue of the Venice Biennale whe re he was given a solo gallery in 1958. Bacci’s Event #247 ( Avvenimento #247 ) will be on view.

During the 1950s, Guggenheim became interested in the art of the CoBrA group, which included artists from Copenhagen, Brussels, and Amsterdam (the acronym derive s from the name of these cities), and contemporary British art. These important interests are represented with works by Pierre Alechinsky, Karel Appel, and Asger Jorn , and British artists Kenneth Armitage, Francis Bacon, Alan Davie, Henry Moore, Ben Nicholson, and Graham Sutherland.

In particular, Guggenheim greatly admired and supported Davie’s work, whose Peggy’s Guessing Box will be on view. The collector met him at an exhibition at the Sandri Gallery in Venice in December 1948 : “When I was walking through the Campo Manin, I noticed a very exciting painting in the window of a little art gallery. My first reaction was to take it for a Pollock. I went in and met the ar tist... Though his work was not bought by anyone except me for years, he is one of the best British painters.” (Peggy Guggenheim, Out of This Century: Confessions of an Art Addict , New York: Universe Books, 1979 ). The exhibition also includes highlights o f works of Op and Kinetic art, which piqued Guggenheim ’s interest in the 1960s, by Marina Apollonio, Alberto Biasi, Martha Boto, Franco Costalonga (who recently passed away), Heinz Mack, Manfredo Massironi, and Victor Vasarely. Op artists made use of geometric forms and structures, industrial materials to create optical effects and perceptive illusions; they also exploited the transparent and reflective properties of materials such as aluminium, plastic, and glass. Their objects had a deliberate de - personalized look, in contrast to the emotional visual idiom of Abstract Expressionism. Peggy Guggenheim. 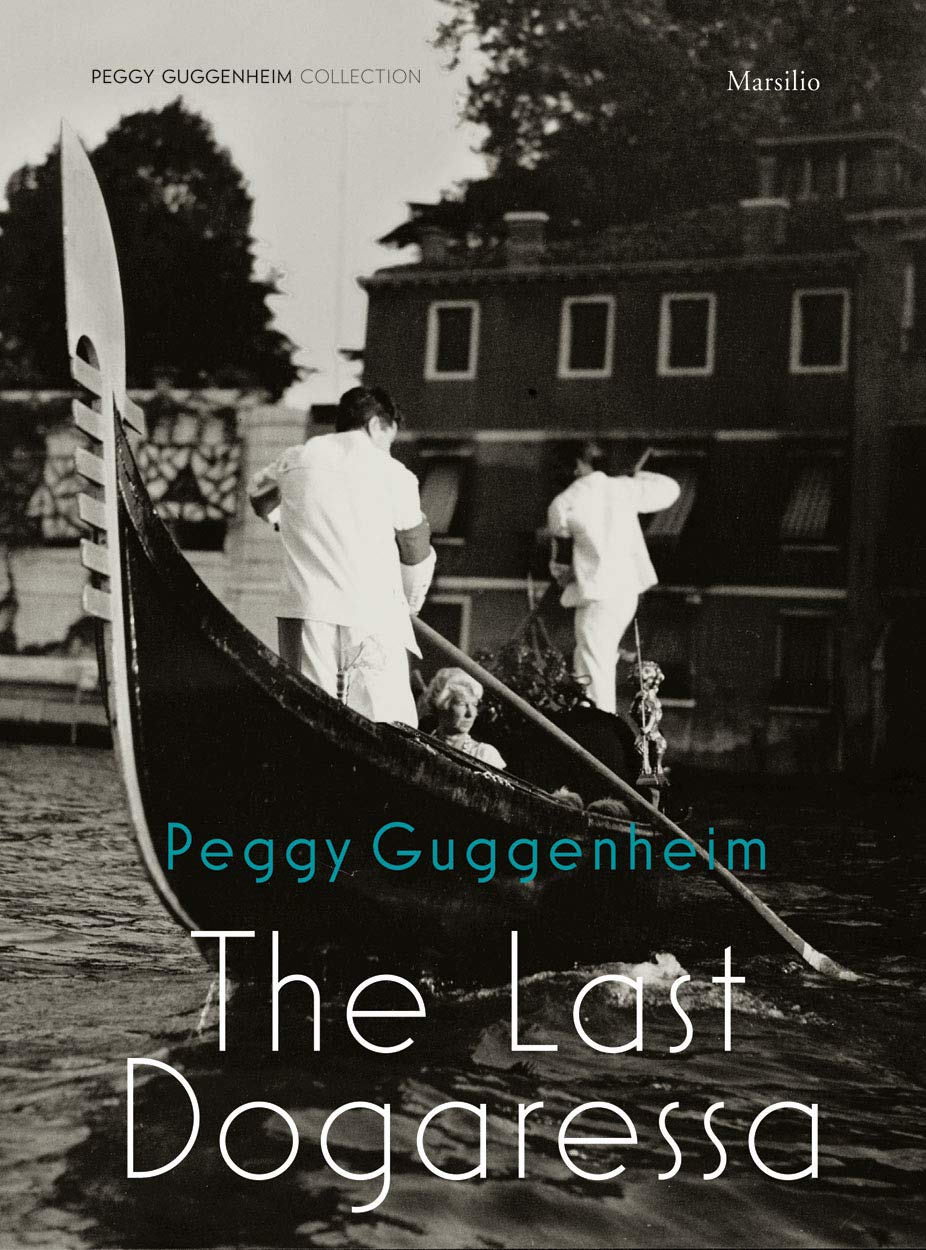 The Last Dogaressa is accompanied by a new, long - awaited collection publication on the life of Peggy Guggenheimas a collector , patron of arts and gallerist , from the London debut of the Guggenheim Jeune gallery, to the New York years of Art of This Century and her support of Jackson Pollock, to her arrival in Venice, her participation in the 1948 Venice Biennale, and her life at Palazzo Venier dei Leoni. Interviews with Apollonio, Biasi, and Costalonga are not be missed, as well as an essay on Guggenheim’s collecting of works of art from Africa and Oceania.

( This part of the collection will be investigated further in the upcoming exhibition Migrating Objects , on view as of February 15, 2020.)