The cultural renaissance that emerged in Mexico in 1920 at the end of that country’s revolution dramatically changed art not just in Mexico but also in the United States. Vida Americana: Mexican Muralists Remake American Art, 1925–1945 will explore the profound influence Mexican artists had on the direction American art would take. With approximately 200 works by sixty American and Mexican artists, Vida Americana reorients art history, acknowledging the wide-ranging and profound influence of Mexico’s three leading muralists—José Clemente Orozco, Diego Rivera, and David Alfaro Siqueiros—on the style, subject matter, and ideology of art in the United States made between 1925 and 1945.
Curated by Barbara Haskell, with Marcela Guerrero, assistant curator; Sarah Humphreville, senior curatorial assistant; and Alana Hernandez, former curatorial project assistant, Vida Americana: Mexican Muralists Remake American Art, 1925–1945 will be on view at the Whitney from February 17 through May 17, 2020 and will travel to the McNay Art Museum in San Antonio, Texas, where it will be on display from June 25 through October 4, 2020.

By presenting the art of the Mexican muralists alongside that of their American contemporaries, Vida Americana reveals the seismic impact of Mexican art, particularly on those looking for inspiration and models beyond European modernism and the School of Paris. At the same time that American artists and their audiences were grappling with the Great Depression and the economic injustices it exposed, the Mexican artists provided a compelling model for portraying social and political subject matter that was relevant to people’s lives, thereby establishing a new relationship between art and the public.
Works by both well-known and underrecognized American artists will be exhibited, including Thomas Hart Benton, Elizabeth Catlett, Aaron Douglas, Marion Greenwood, William Gropper, Philip Guston, Eitarō Ishigaki, Jacob Lawrence, Harold Lehman, Fletcher Martin, Isamu Noguchi, Jackson Pollock, Ben Shahn, Thelma Johnson Streat, Charles White, and Hale Woodruff. In addition to Orozco, Rivera, and Siqueiros, other key Mexican artists included in the exhibition include Miguel Covarrubias, María Izquierdo, Frida Kahlo, Mardonio Magaña, Alfredo Ramos Martínez, and Rufino Tamayo.

This historic exhibition will feature works that have not been exhibited in the United States in decades. Two of Rivera’s 1932 studies for Man at the Crossroads, his destroyed and infamous Rockefeller Center mural, will be lent by the Museo Anahuacalli in Mexico City.

They also will lend Rivera’s study from his Portrait of America series (c. 1933).

The Museo de Arte Carrillo Gil will lend several key works by both Orozco and Siqueiros that have never been or are rarely seen in the United States, including 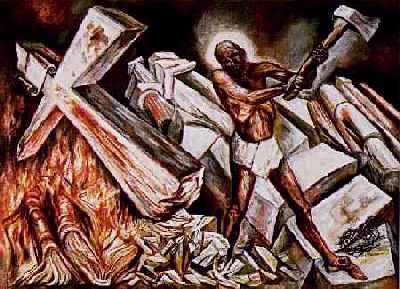 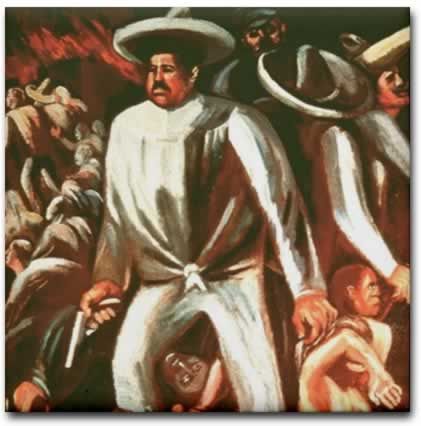 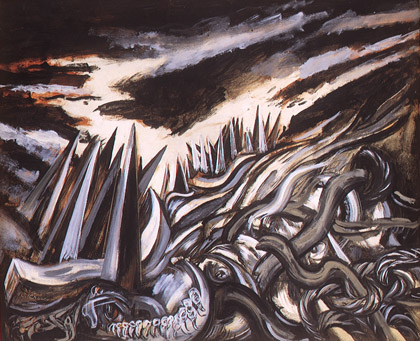 Other important Mexican loans include Siqueiros’s Our Present Image (1947) from the Museo de Arte Moderno; and Siqueiros’s Proletarian Mother (1929) from the Museo Nacional de Arte.

Two paintings by Japanese-born artist Eitarō Ishigaki will also be on loan from Japan’s Museum of Modern Art in Wakayama.
“The panoramic Mexican murals of the post-revolutionary period depicting national history and everyday life used a pictorial vocabulary that was simultaneously modern and distinctly Mexican. Combined with the radical socialist subject matter of the works the Mexican muralists created while living in the United States, their influence on artists in this country was profound,” explained Barbara Haskell, the exhibition’s curator. “Largely excluded from the predominant canonical narrative of modern art that emerged in the United States, the muralists’ legacy and enduring impact shapes a more expansive vision of modernism. By exploring the transformation in artmaking that occurred in the United States as a result of the Mexican influence, while also examining the effect the U.S. had on the muralists’ art, Vida Americana will expand our understanding of the rich cultural exchange between our two countries.”
“Vida Americana is an enormously important undertaking for the Whitney and could not be more timely given its entwined aesthetic and political concerns," said Scott Rothkopf, Senior Deputy Director and Nancy and Steve Crown Family Chief Curator. "It not only represents the culmination of nearly a decade of scholarly research and generous international collaboration but also demonstrates our commitment to presenting a more comprehensive and inclusive view of twentieth-century and contemporary art in the United States.” 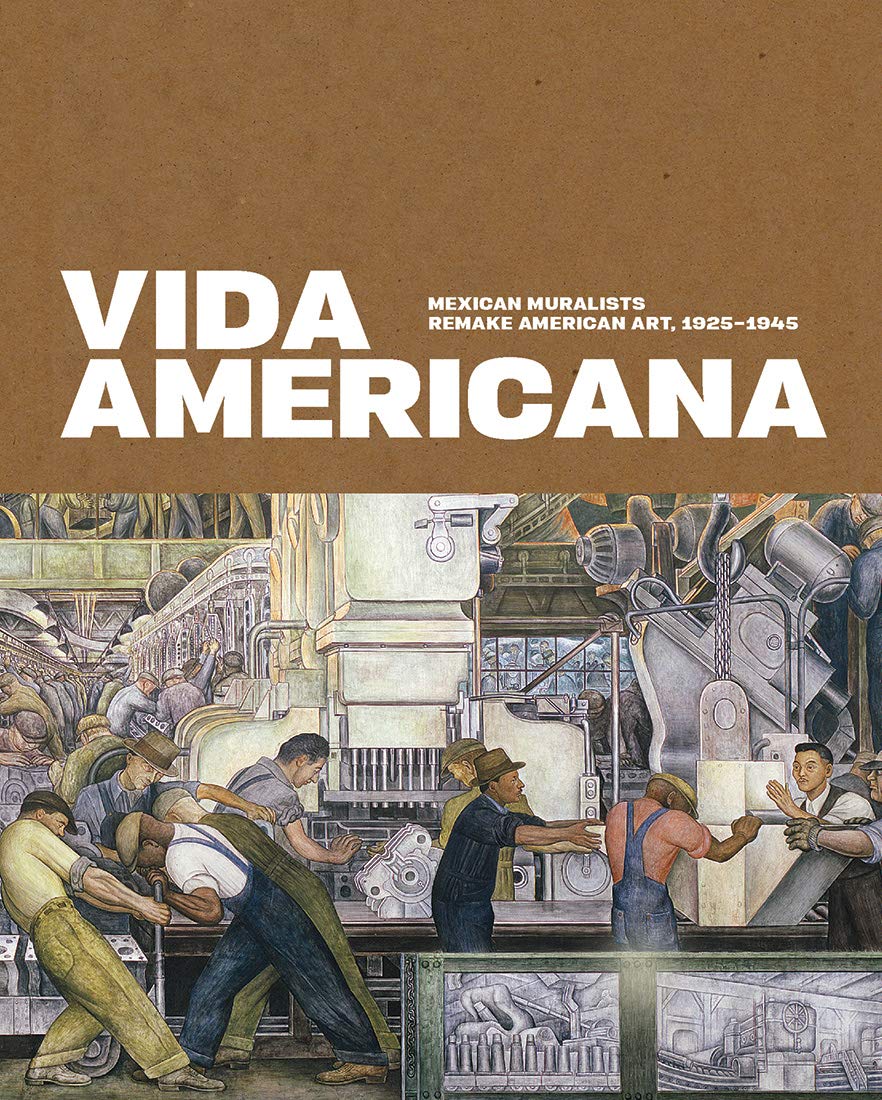 Vida Americana: Mexican Muralists Remake American Art, 1925–1945 will be accompanied by a full-color, 256-page, scholarly catalogue edited by Barbara Haskell. Co-published by the Whitney Museum and Yale University Press, the catalogue will include eleven essays by scholars in the United States and Mexico. Drawing on recent research by the curatorial team at the Whitney and the contributing authors, the publication includes a foundational essay by Haskell and is complemented by a series of insightful contributions from Mark A. Castro, Dafne Cruz Porchini, Renato González Mello, Marcela Guerrero, Andrew Hemingway, Anna Indych-López, Michael K. Schuessler, Gwendolyn DuBois Shaw, ShiPu Wang, and James Wechsler. Also included are 139 color and fifty-seven black and white illustrations, as well as a list of artists included in the exhibition. 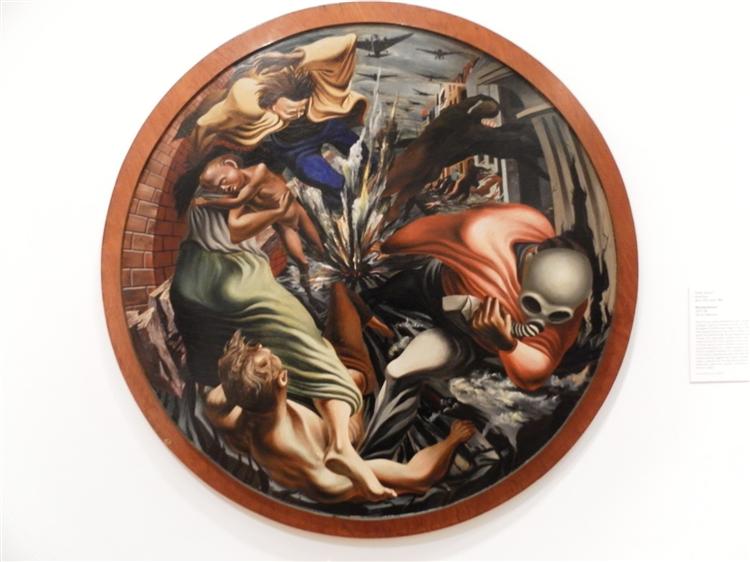 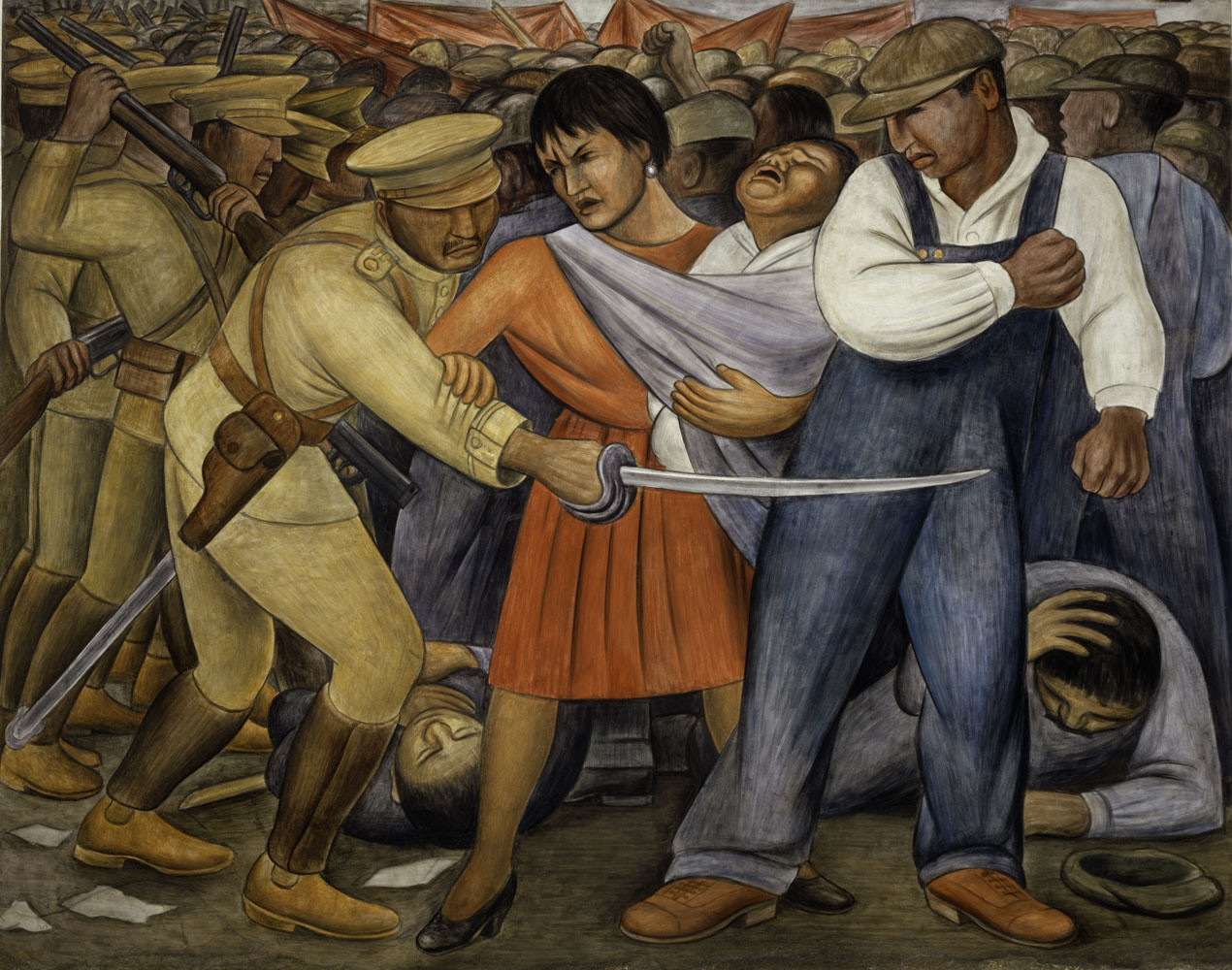 Posted by Jonathan Kantrowitz at 10:33 AM