In Martin van Meytens the Younger (1695–1770) the Belvedere is presenting a pre- eminent European master of the Baroque age. As the preferred portraitist at Maria Theresa’s imperial court, Meytens impressively captured influential personalities of his period’s intellectual, artistic, and political spheres.

“It is a great joy for me personally that the first monographic show on Martin van Meytens is taking place in Vienna – the city where the artist, following extensive stays in a number of other countries, spent more than half of his life and where he left behind impressive traces,” says the Belvedere’s director Agnes Husslein-Arco. Like no other artist, Martin van Meytens the Younger succeeded in documenting the protagonists of the legendary age of Maria Theresa in his portraits. “The precisely painted facial features, the detailed rendering of elaborate garments, and the unmistakable clues to the sitters’ social standing and profession still convey a lively impression of this period, which was probably not as glamorous as it appears in the paintings,” Agnes Husslein-Arco adds.

Martin van Meytens cannot be assigned to any particular painting tradition, such as the Swedish, French, or Roman school. His personal style, which is characterised by precise drawing and partly intense colours, is much too distinctive for categorisation. Having been highly interested in alchemy and physics, he immersed himself in the development of his own materials, namely paints, besides his activities as an artist, receiving a patent from the imperial government for the production of mineral paints in 1743. Moreover, Martin Meytens the Younger is said to have had a written and spoken command of several languages, so that he can probably be most fittingly described as a European citizen who was proud of his Swedish origins.

The beginnings of Meytens, who today is known primarily for his life-sized portraits, lie in miniature painting, which was greatly appreciated at the time. Meytens, a student of his compatriot Charles Boit (1662–1727), soon acquired considerable fame in this genre and achieved a special brilliance in the enamel technique. Even the Russian tsar and the Swedish king tried to lure him to their courts, but Meytens decided for Vienna. He entered the service of the Habsburg family and became a successful portraitist of the court and the aristocracy. In 1732 he was officially appointed “imperial chamber painter”.

The names of those whose likenesses, physiques, and social ranks he depicted in his paintings almost resemble a Who’s Who of the age of Maria Theresa. They include such statesmen as Johann Christoph von Bartenstein or Wenzel Anton von Kaunitz-Rietberg, as well as members of the Batthyány, Liechtenstein, Pálffy, and Schwarzenberg families. However, they only represent one aspect of his oeuvre. Besides more than a dozen of self-portraits, he also painted such artist colleagues as Johann Gottfried Auerbach, the costume designer and Maria Theresa’s drawing teacher Antonio Bertoli, and the librettist Pietro Metastasio. Held in high esteem particularly by Maria Theresa, Meytens was finally appointed director of the Vienna Academy and filled this position until his death in 1770.

The Belvedere is the first museum to highlight this important figure of the Austrian art scene in a monographic exhibition, which is on view from 18 October 2014 to 8 February 2015 in the Baroque ambience of the Winter Palace.

Of Dutch origins and born in Sweden, Martin van Meytens the Younger developed his specific style, for which he borrowed from diverse European models and which he later successfully passed on to numerous students, during several lengthy sojourns in France, England, and Italy. Originally trained as a painter of miniatures, Meytens perfected monumental painting over the years while always remaining true to portraiture, apart from a few forays into other figural genres. The focus of this exhibition is on his fascinating portraits and the art of his most important pupils, including that of Joseph Hickel.

Martin van Meytens the Younger was born in Stockholm in 1695 the son of Martin Mijtens the Elder (1648–1736), who was also active as a portraitist. His parents, who originally came from Southern Holland, had emigrated to Sweden. Having first been trained by his father, the younger Meytens embarked on a study tour of several years as early as 1714, which led him to his parents’ native country, as well as to England, France, Italy, and, finally, to Vienna.

From Miniature Painting to Portraiture

The precision in the rendering of laces, fabrics, and other details is characteristic of the works by Martin van Meytens the Younger and his collaborators. Such paintings as Maria Theresa in a pink lace dress have thereby even gained documentary importance. This special focus on textiles and accessories sometimes also stands out in portraits that were produced outside the artist’s workshop or by his followers. Frequently, the actual portrait even appears to be a neglected element. The meticulous representation of motifs recalls Lucas Cranach the Elder, whose flourishing workshop was also known for its extraordinary precision and sharpness with regard to details, which occasionally even gives the impression of a certain degree of steeliness. Whereas Meytens was so successful during his lifetime just because of the great precision of his works, this very characteristic of his style would later meet with disapproval among critics.

It can hardly be estimated how many paintings left Meytens’s studio over the decades. In any case, the demand for his paintings was so high that the artist was soon no longer able to cope with the workload by himself and therefore employed numerous pupils and collaborators. Among the most talented of them were Sophonias de Derichs (1712–1773), who also came from Sweden, and Joseph Hickel (1736–1807). They worked entirely in the master’s manner so that their share in the individual works has remained hidden for both patrons and art lovers of the past and present. Moreover, Meytens hardly ever signed his works.

Scholars therefore also depend on archival materials and contemporary engravings after Meytens’s works for their attributions, as these documents and reproductions usually mention the names of both painter and sitter. The following generation of artists represents the transition from the type of official Baroque portraiture they had been taught by Meytens to a distinctly drier style that was in keeping with the age of Josephinism and the Enlightenment.

Georg Lechner, the exhibition’s curator, is preparing a revised and comprehensive catalogue raisonné on Martin van Meytens the Younger, which will presumably appear in 2015 within the series of the Belvedere’s oeuvre catalogues. 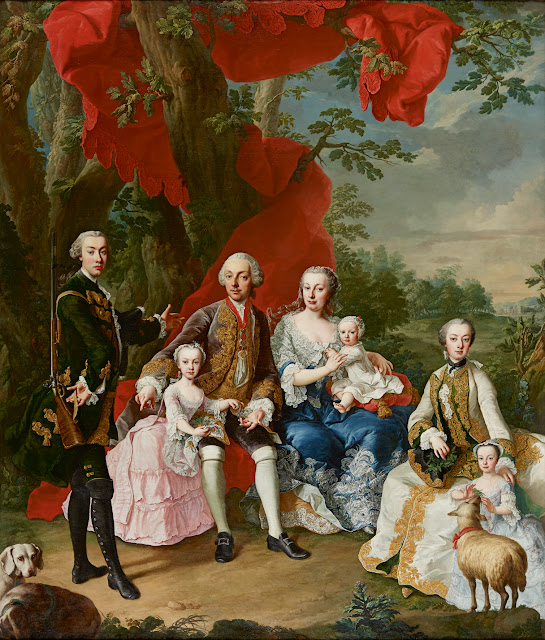 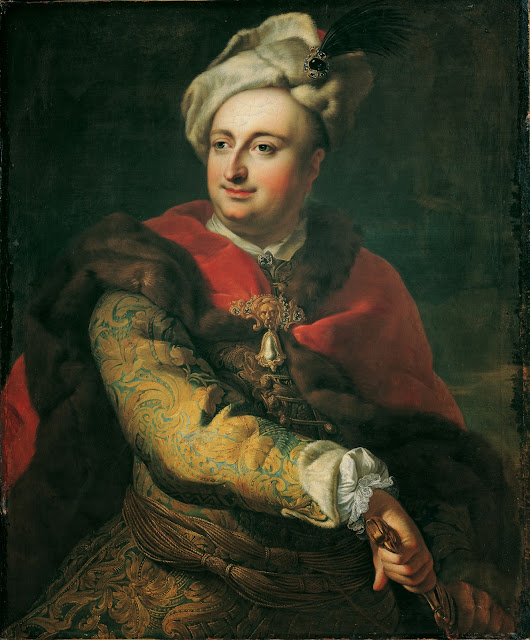 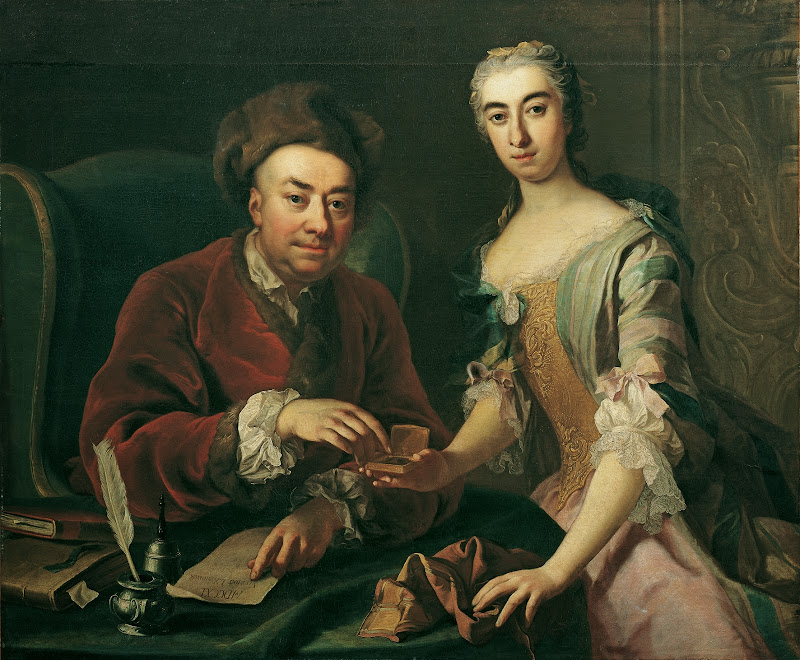 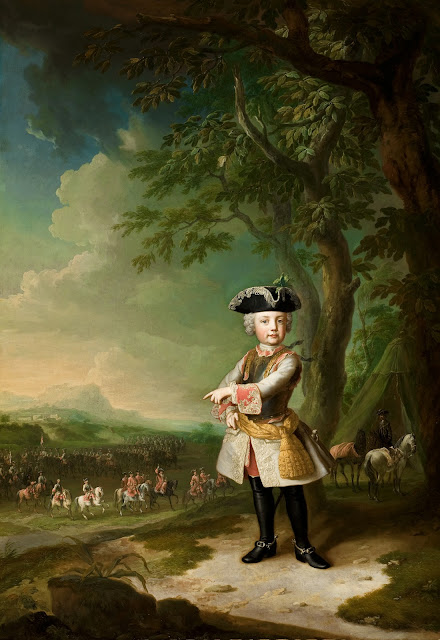 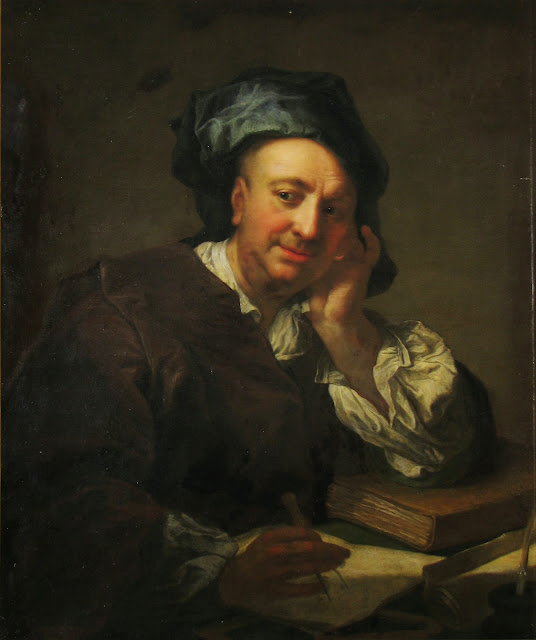 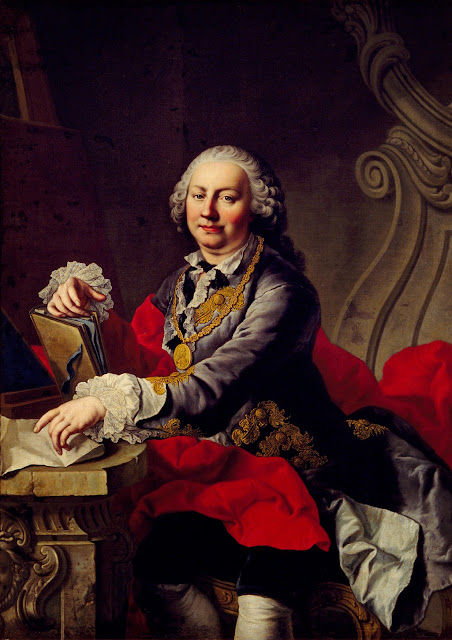 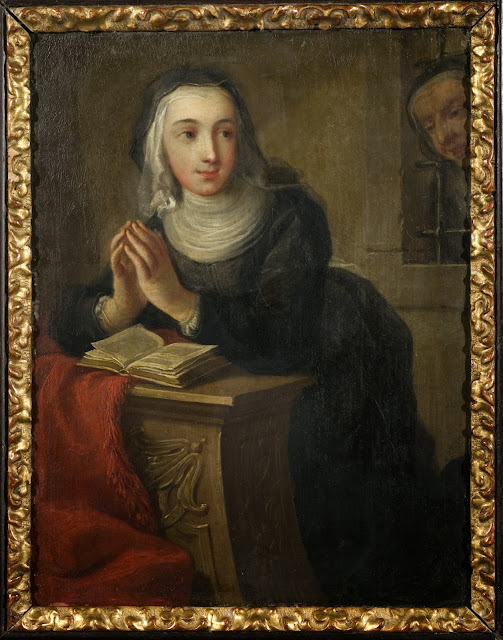 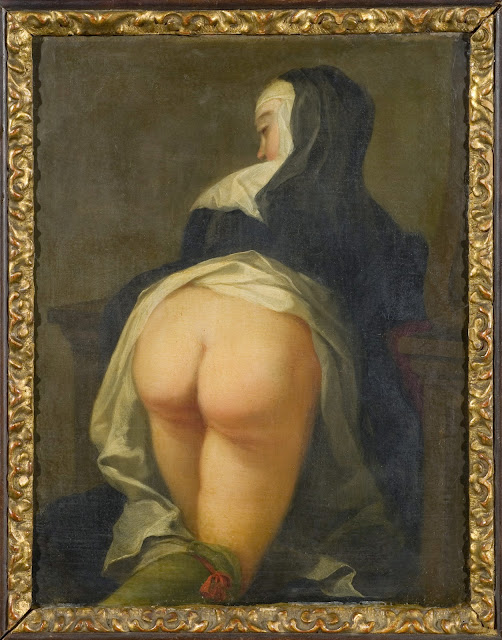 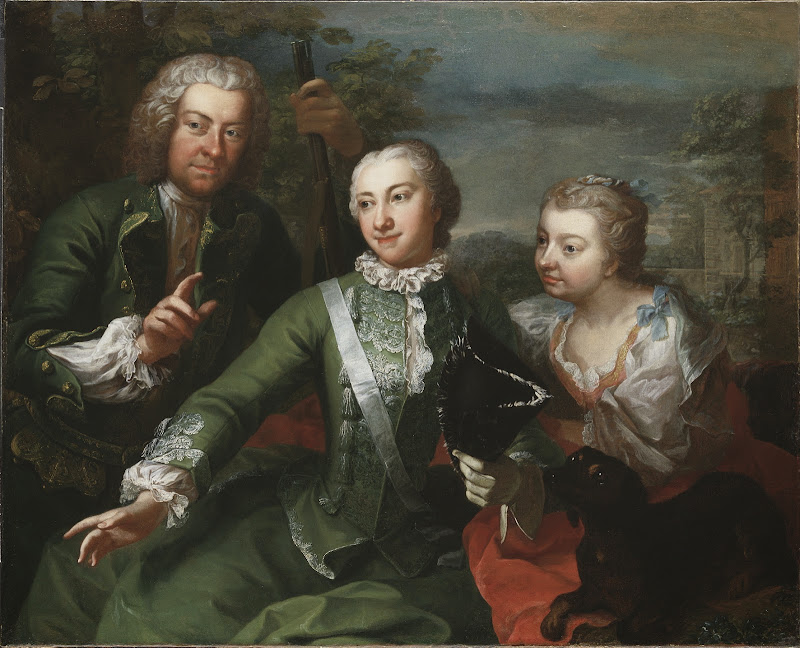 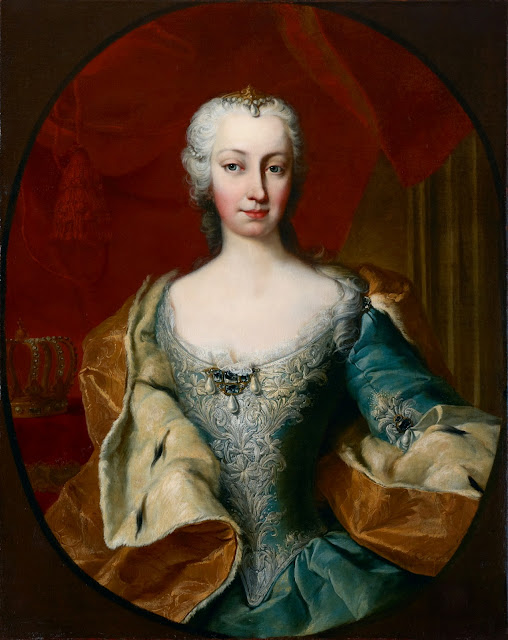 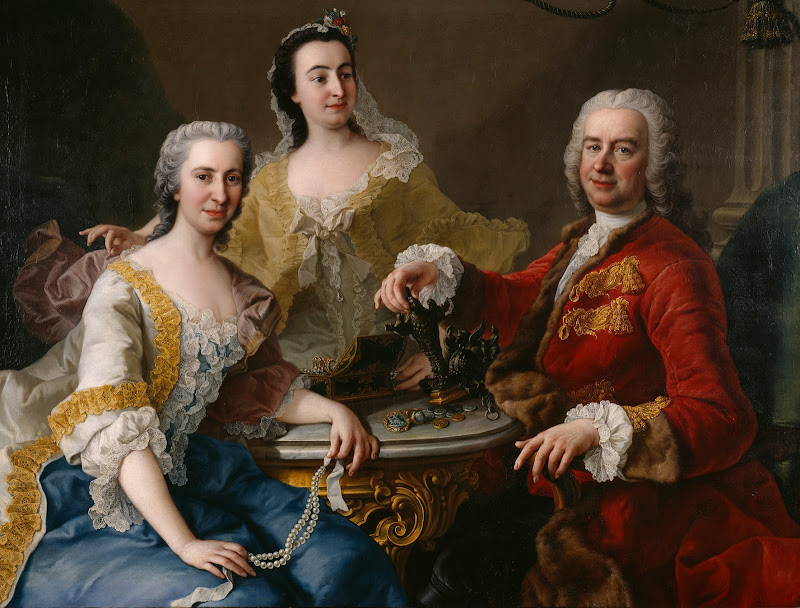 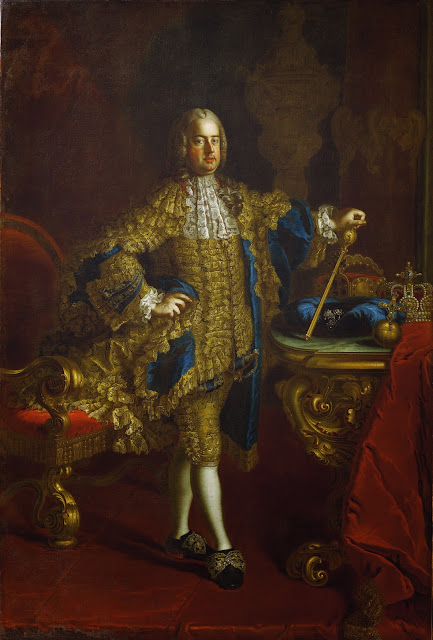 Posted by Jonathan Kantrowitz at 1:23 PM