Mark Rothko (1903–1970) was among the most remarkable artists of the twentieth century. This exhibition, the first ever to be mounted in Austria, brings together more than forty of his major works and presents a survey of Rothko’s artistic career, from his early figurative paintings of the 1930s, through the transitional years of the 1940s to the groundbreaking mature works of the 1950s and 60s. 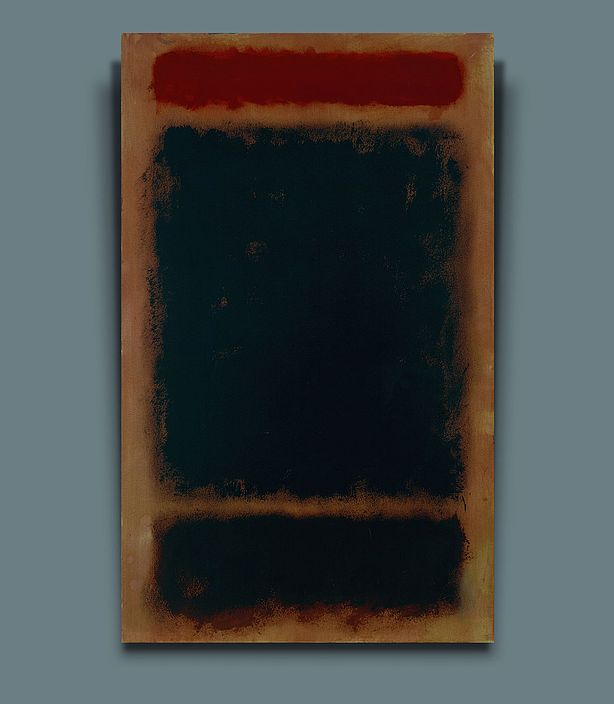 The artist’s children, Kate and Christopher have been closely involved in the project from its very beginning, and have themselves kindly lent a number of paintings from the family collection.


Presented within the Kunsthistorisches Museum, whose historical collections trace some five thousand years human creativity from Ancient Egypt to the Baroque, the exhibition provides a unique opportunity to examine Rothko’s deep and sustained interest in the art of the past. From his earliest visits as a student to the Metropolitan Museum of Art in New York, and his first encounters with Rembrandt, Vermeer and classical art and architecture, to his trips to Europe to see its churches, chapels and Old Master painting collections in Paris, London, Venice, Arezzo, Siena, Rome, Pompeii and Florence, Rothko dedicated himself to the study of historical art and architecture.

The exhibition underlines the influence of specific places on his stylistic development, from Michelangelo’s Laurentian Library and Fra Angelico’s murals in the convent of San Marco in Florence, to the Greek temples of Paestum and the Baptistery of Torcello in Venice. When Rothko broke with tradition in the latter part of his life to create a radical new form of artistic expression, he did so with extensive knowledge and respect for what had come before. In the words of the critic John Berger, Rothko looked back “in a way such as no painter before had ever done”.

The exhibition reveals the radical development of Rothko’s work across several decades, from his early figurative paintings of the 1930s, through the transitional years of the 1940s to the groundbreaking mature works of the 1950s and 60s. At the heart of the exhibition is an entire gallery of large-scale mural paintings produced in 1958-59, originally commissioned for the Seagram Building in New York. This is followed by a final gallery of classic paintings from the last decade of Rothko’s life that demonstrate how he learnt from the techniques of the Old Masters, layering colour in the manner of Titian and developing a sense of ‘inner light’ similar to that of Rembrandt.

Curated by Jasper Sharp with the close support and advice of Christopher Rothko, the exhibition will be presented in the Kunsthistorisches Museum’s Picture Gallery. Major loans have been secured from the Rothko Family and the National Gallery of Art, Washington, D.C., in addition to museums including the Fondation Beyeler, Riehen, the Jewish Museum, New York, Kunstmuseum Bern, Kunsthaus Zürich and Kunstmuseum Basel.
Posted by Jonathan Kantrowitz at 9:35 AM