“Summer is delicious, rain is refreshing, wind braces up, snow is exhilarating,” wrote British critic and artist John Ruskin. Nearly one hundred years later, Brandywine Valley artist Andrew Wyeth advised artists to simply, “hold a mirror up to nature. Don’t overdo it, don’t underdo it.” Even though Ruskin came of age during the Industrial Revolution, and Wyeth after the World Wars, the two artists shared a life-long obsession with the close observation of nature. The exhibition Eye on Nature: Andrew Wyeth and John Ruskin, on view at the Delaware Art Museum from March 10 – May 27, 2018, explores how both artists portrayed nature and the environment during tumultuous eras in human history.

Eye on Nature, organized by Margaretta S. Frederick, the Annette Woolard-Provine Curator of the Bancroft Collection at the Delaware Art Museum, presents approximately 30 rare watercolors by John Ruskin between 1838 and 1883, the largest number of Ruskin drawings seen in the United States for 25 years. The exhibition will also include 28 watercolors and dry brush by Andrew Wyeth between 1940 and 2008. Eye on Nature will be accompanied by a full range of public programs, including tours, lectures, and family and school programs.

This major exhibition will shed new light on both artists’ longstanding legacies. Both worked through periods of great upheaval and doubt: Ruskin during the Industrial Revolution and Wyeth during the Great Depression, World War II, and Cold War. Despite living during times of turmoil, both Ruskin and Wyeth devoted their lives to the pursuit of capturing the world around them, including studies of rocks, plants, and trees. Ruskin was after what he referred to as the “pure transcript” of nature whereas Wyeth looked to elevate his interpretation of nature through imagination.

“If we look at the history of art we can’t help but notice the recurrence of certain themes, interests, styles that link the work of the artists of one period or nationality with another,” explains Frederick. “Sometimes these links are not terribly clear. By taking two artists who worked at such vastly different times and places and looking at their work together, viewers will walk away with a deeper understanding how each artist turned to nature as subject matter to better understand our world.”

Artwork by John Ruskin is on loan from the Ruskin Foundation (Ruskin Library, Lancaster University). Works by Andrew Wyeth are from the Museum’s permanent collection as well as from private collections. This will be the largest loan ever from the Ruskin Library collection to the U.S., and the largest number of Ruskin drawings seen in the U.S. for 25 years. Several of the Wyeth drawings have never been exhibited before.

According to Frederick, both artists sought in nature some universal truth. For Ruskin, the act of drawing brought him closer to understanding a thing, while the drawing itself was of little importance. Most of his drawings are unfinished, for once he had captured the essence of an thing or place he had no desire to carry on with unnecessary compositional repetitions and refinements.

For Wyeth, the untimely death of his father introduced elements of loneliness and psychological tension to his realist rural imagery. “It’s a moment that I’m after,” he once said. “I must put my foot in a bit of truth; and then I can fly free.”

“Both artists were inspired by and curious about, even obsessed with, understanding the world around them. Understanding was achieved through capturing it on paper,” says Frederick. “For Wyeth, the drawing of these things represented a process of discovery. And similarly, Ruskin believes that to draw it, was to know it.” 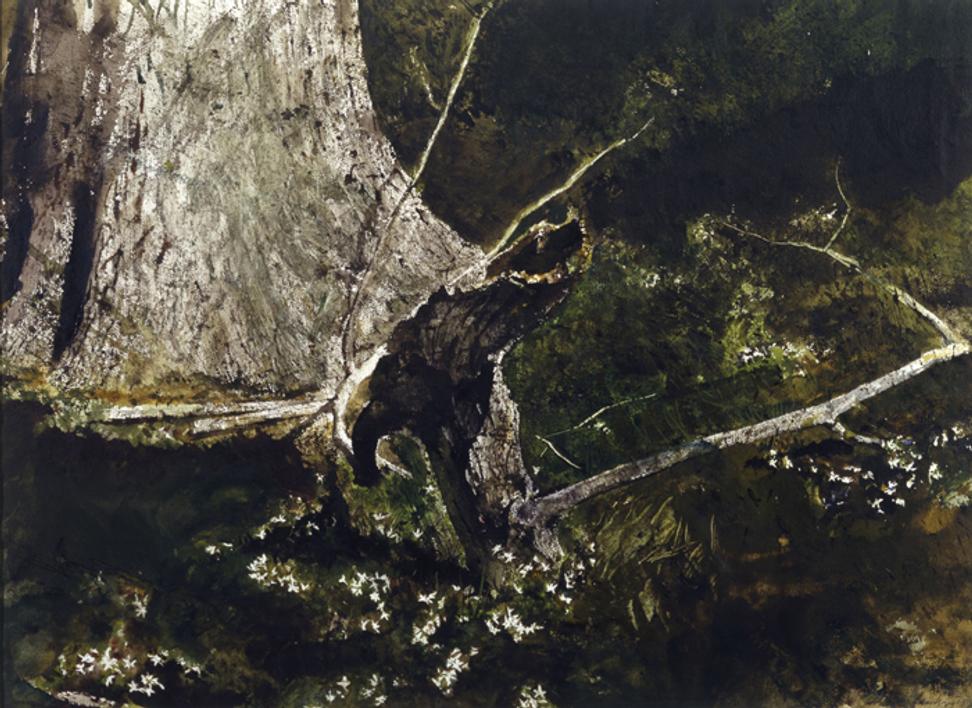 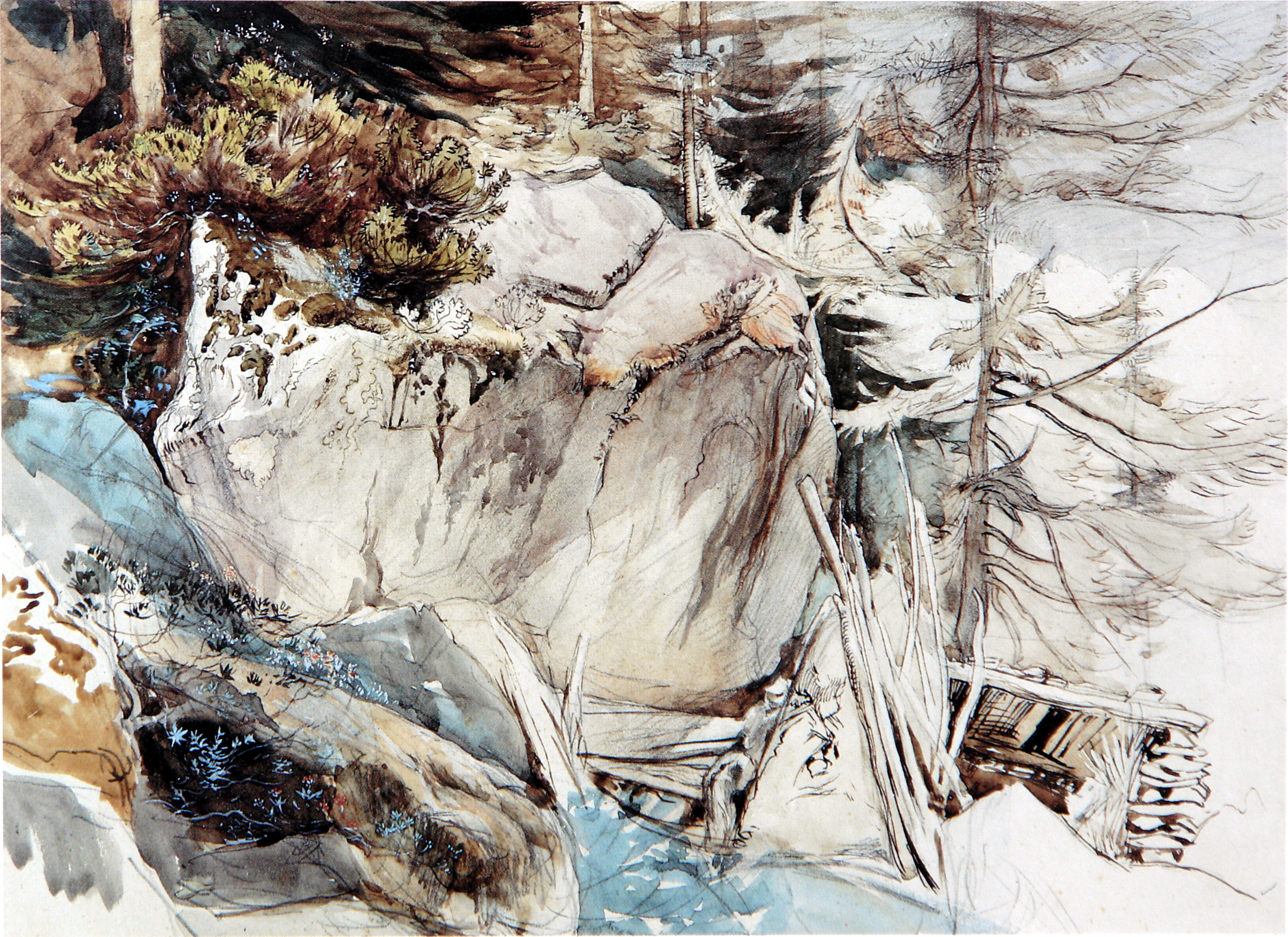 Posted by Jonathan Kantrowitz at 9:44 AM