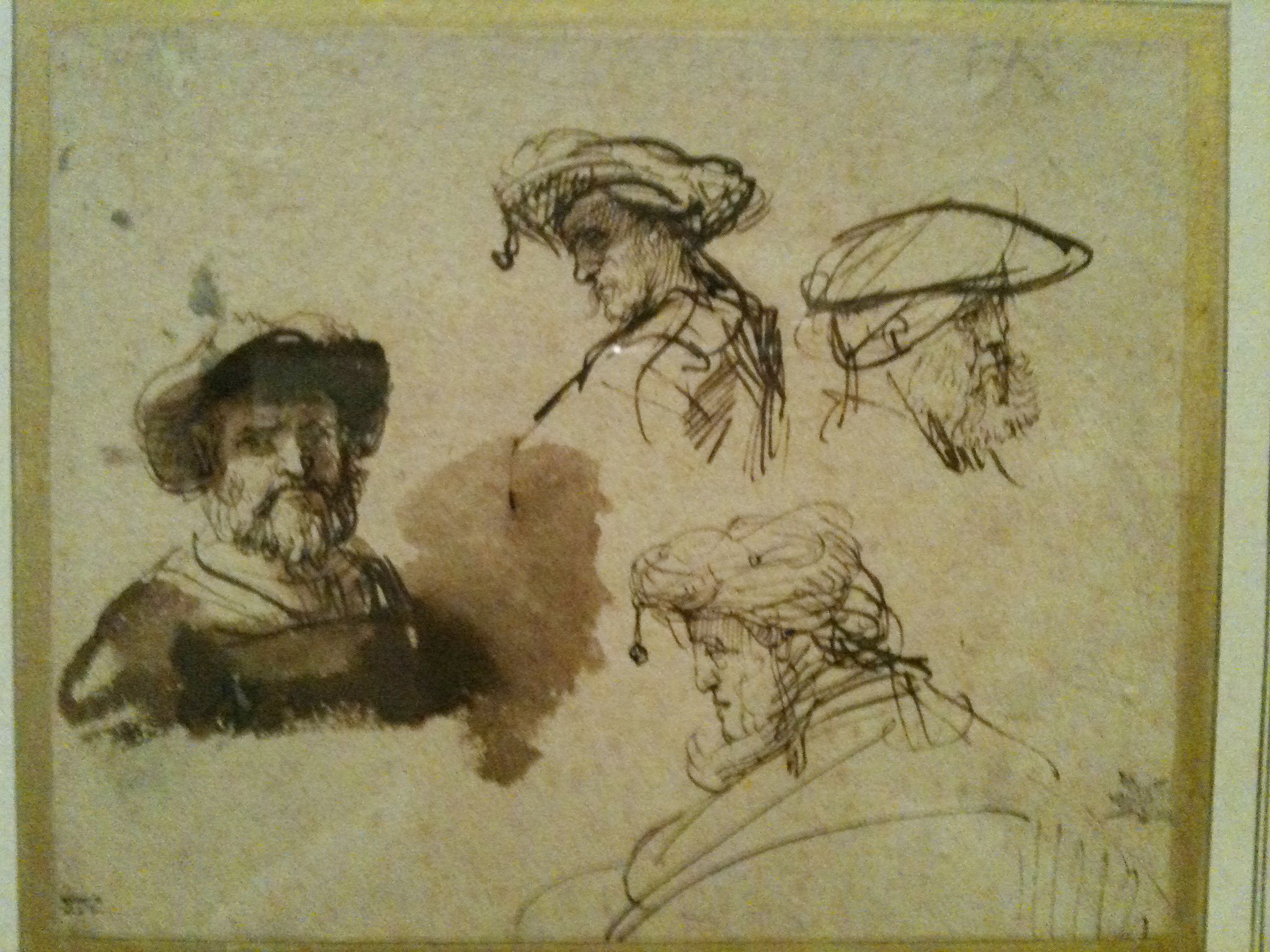 
The Harvard Art Museums announce the extraordinary gift of 330 16th - to 18th -century Dutch, Flemish, and Netherlandish drawings from the esteemed collection of Maida and George S. Abrams, considered the best collection of such material in private hands. The gift further establishes the museums as the major site for the appreciation, research, and study of works on paper from the Dutch Golden Age in North America. 
This newest promised gift from the Abrams family brings tremendous depth and breadth to the museums’ holdings; the works represent over 125 artists and include extremely fine examples by major masters such as Rembrandt, Jacques de Gheyn II, Hendr ck Goltzius , and Adriaen van Ostade, as well as a remarkable range of drawings by lesser -known masters who worked in a wide range of subjects and media. Impressive drawings by artists Nicolaes Berchem, Jacob Marrel, and Cornelis Visscher will help fill gaps in the museums ’ collections. Taken as a whole, the Abrams Collection at the Harvard Art Museums reveals the critical role of drawing in the art world of the Dutch Golden Age. “George has generously supported the Harvard Art Museums over many decades and in countless ways ; we are incredibly thankful for the role that he and Maida have played in galvanizing the study of drawings at Harvard and particular ly for their commitment to telling the rich story of draftsmanship from the Low Countries,” said Martha Tedeschi, the Elizabeth and John Moors Cabot Director of the Harvard Art Museums. “ The latest gift from the Abrams family is truly transformative for our museums —indeed, for the entire Boston area, especially as the city strives to become a major destination for the study and presentation of Dutch, Flemish, and Netherlandish art. Together with the newly founded Center for Netherlandish Art at the M useum of Fine Arts, we now can pursue institutional collaborations that will serve visitors and scholars from around the world.” Mr. Abrams and his late wife Maida made earlier gifts that brought more than 140 drawings to the Harvard Art Museums over the course of several decades . With t heir collective gifts , the museums now have the most comprehensive holding of 17th -century Dutch drawings outside Europe.

“When the collection grows in quality and quantity in such a major way, suddenly there are stories you can tell with greater fo rce and depth, with fewer gaps in the narrative,” said Edouard Kopp, the Maida and George Abrams Curator of Drawings at the Harvard Art Museums. “Since its creation, the Fogg Museum has been a key U.S. institution for the study and appreciation of drawings , and this gift will enable us to be an even more vibrant center, particular ly for Dutch drawings.”

News of the promised gift was shared on November 3, just a day before the museums hosted the symposium Dutch Drawings on the Horizon: A Day of Talks in Honor of George S. Abrams . The event brought together international experts on 17th- century Dutch drawings to discuss the exceptional draftsmanship of the Dutch Golden Age, from Goltzius to Rembrandt. Speakers and chairs at the event included George Abrams’s l ongtime friends and associates Arthur Wheelock, Peter Schatborn, Peter C. Sutton, Jane Turner , and William W. Robinson. In 1999, the Abrams gave an initial landmark gift of 110 drawings to the Harvard Art Museums .

Many of those works had been included in the 1991– 92 exhibition Seventeenth -Century Dutch Drawings: A Selectionfrom the Maida and George Abrams Collection  which was on view at the Rijksprentenkabinet in Amsterdam, the Graphische Sammlung Albertina in Vienna, the Pierpont Morgan Library in New York, and the Fogg Museum. William W. Robinson, f ormer Maida and George Abrams Curator of Drawings at the Harvard Art Museums, wrote the accompanying catalogue.

The 2002– 03 traveling exhibition and accompanying catalogue for Bruegel to Rembrandt: Dutch and Flemish Drawings from the Maida and George Abrams Collection, also written by Robinson, compl emented (and supplemented ) the previous catalogue by presenting the most significant acquisitions of the Abrams Collection since the 1991– 92 show. Bruegel to Rembrandt was shown at the British Museum in London, the Institut Néerlandais in Paris, and the Fogg Museum.

The 1999 gift led the museums to publish Drawings from the Age of Bruegel, Rubens, and Rembrandt (William W. Robinson, with Susan Anderson; 2016), a catalogue of 100 of the museums’ best drawings from this period; almost half of the drawings chosen were part of the Abrams gift. An exhibition of the same title was on display at the Harvard Art Museums from May 21 through August 14, 2016

The Art of Drawing in the EarlyDutch Golden Age, 1590– 1630: Selected Works from the Abrams Collection is currently on view through January 14, 2018; it is installed on Level 2, in the museums’ galleries dedicated to 17th- century Dutch and Flemish art. The installation of 31 drawings explores the extraordinary developments in Dutch art in the period between 1590 and 1630. The works on view present some of the major themes in Dutch art, including the development of high and low genres, the study of landscape, and the interest in the nude; many of these subj ects initially emerged in the medium of drawing. The works on display celebrate the role of drawing as a catalyst of creativity during the early Golden Age.

Posted by Jonathan Kantrowitz at 5:22 PM