The Metropolitan Museum of Art
November 13, 2017–February 12, 2018
Michelangelo: Divine Draftsman and Designer, on view at The Metropolitan Museum of Art from November 13, 2017, through February 12, 2018, will present a stunning range and number of works by the artist: 133 of his drawings, 3 of his marble sculptures, his earliest painting, and his wood architectural model for a chapel vault. A substantial body of complementary works by his teachers, associates, pupils, and artists who were influenced by him or who worked in collaboration with him will also be displayed for comparison and context.


A towering genius in the history of Western art, Michelangelo was celebrated during his long life for the excellence of his disegno, the power of drawing and invention that provided the foundation for all of the arts. For his mastery of drawing, design, sculpture, painting, and architecture, he was called Il divino ("the divine one") by his contemporaries. His powerful imagery and dazzling technical virtuosity transported viewers and imbued all of his works with a staggering force that continues to enthrall us today. 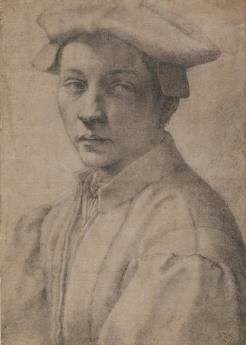 Selected from 50 public and private collections in the United States and Europe, the exhibition will bring together the largest group of original drawings by Michelangelo ever assembled for public display. Many of the drawings rank among the greatest works of draftsmanship produced. Extraordinary and rare international loans will include the complete series of masterpiece drawings he created for his friend Tommaso de'Cavalieri and a monumental cartoon for his last fresco in the Vatican Palace.

Michelangelo: Divine Draftsman and Designer will widen the conversation about the artist and present an extraordinary opportunity to see many works that are never displayed together. Drawing was the first thing Michelangelo turned to, whether he was creating a painting, a sculpture, or architecture, and it is what unified his career. He is a forceful draftsman and brings a sculptor's understanding and eye. We can see him thinking—almost having a conversation on the sheet of paper—and there is a sense of intimacy and immediacy, as if looking over his shoulder. The exhibition will give visitors an unmatched opportunity to enter the world of this absolute master in the history of art. 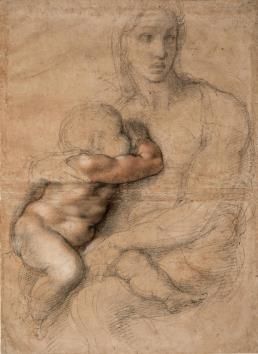 Michelangelo Buonarroti was born on March 6, 1475 in Caprese (southeast of Florence), and died a wealthy and famous man, on February 18, 1564, in Rome. Although he spent the last 30 years of his life in Rome, his love was always for Florence, his patria (homeland), and all things Florentine. His art, his training, his methods, and his poetry were, to the last, rooted in Florentine culture.

Michelangelo's longevity was extraordinary for a person of his time. Also exceptional for an artist of his era, five major biographies were written during his lifetime or soon after his death.
The exhibition will trace Michelangelo's life and career, beginning with his training as a teenager in the workshop of Ghirlandaio and his earliest painting, 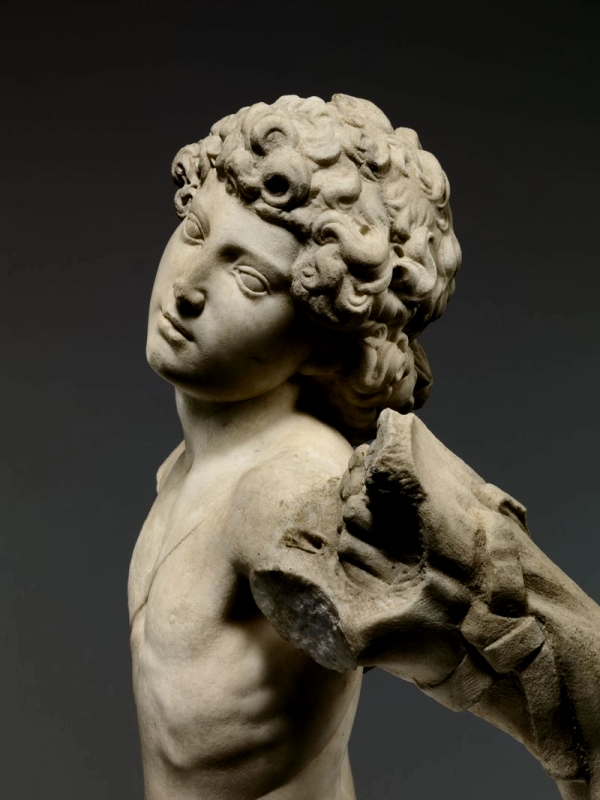 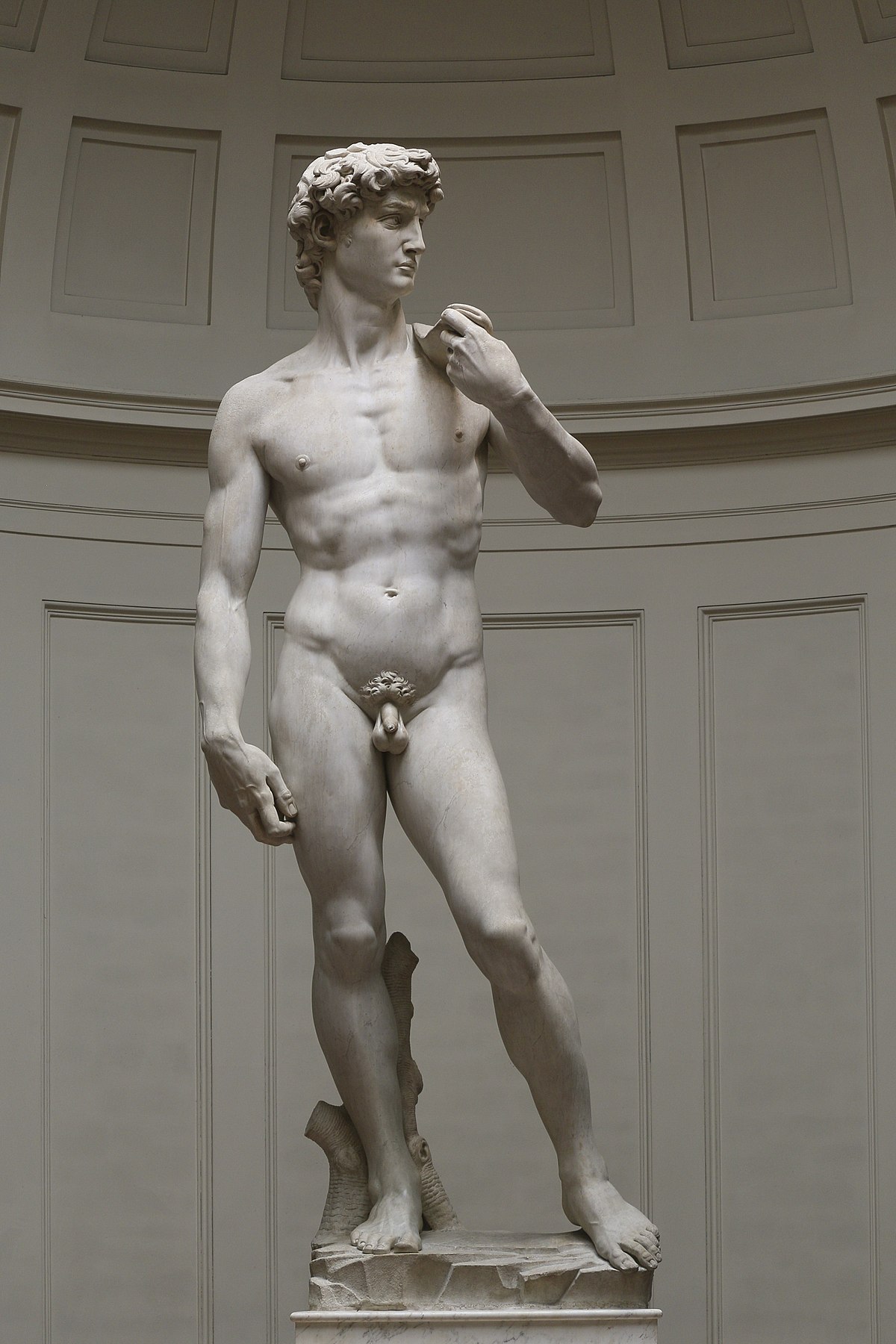 It will move on to the commission of his colossal marble sculpture David in 1501, 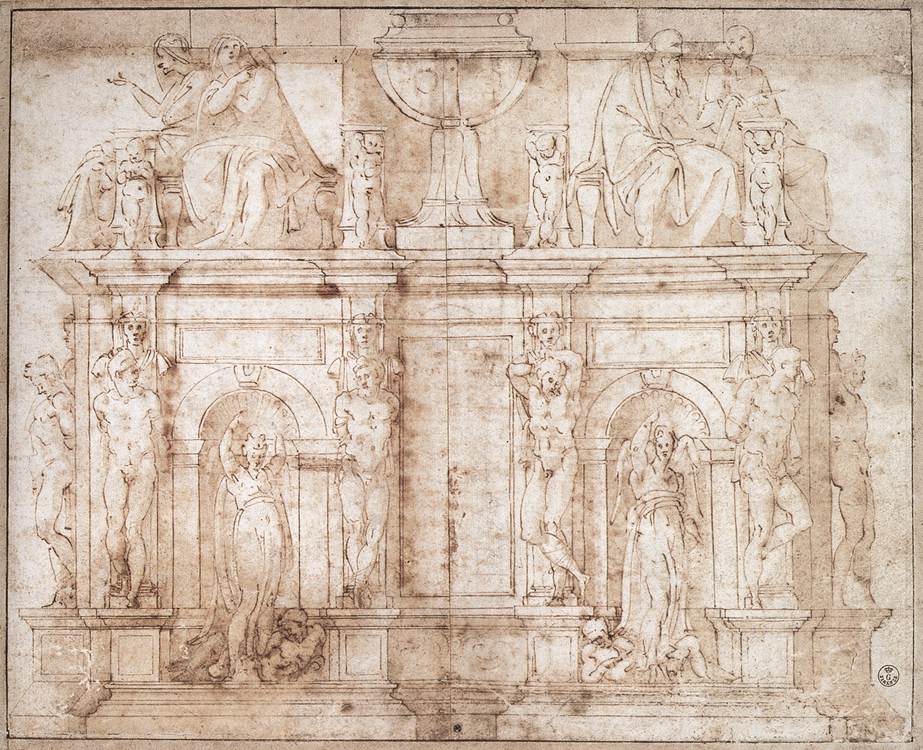 the early planning of the Tomb of Pope Julius II, 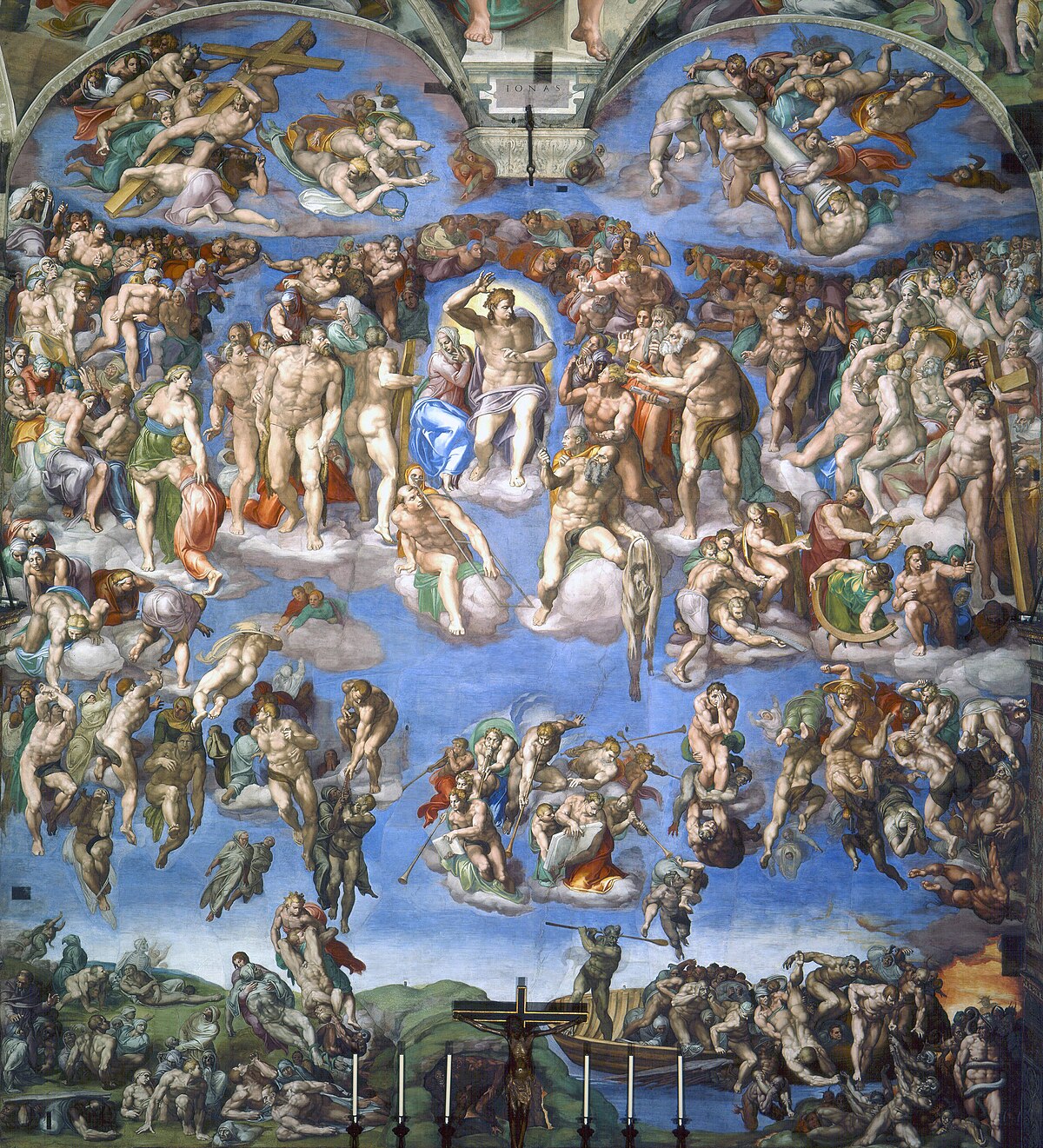 and the monumental project of painting The Last Judgment on the Sistine Ceiling. 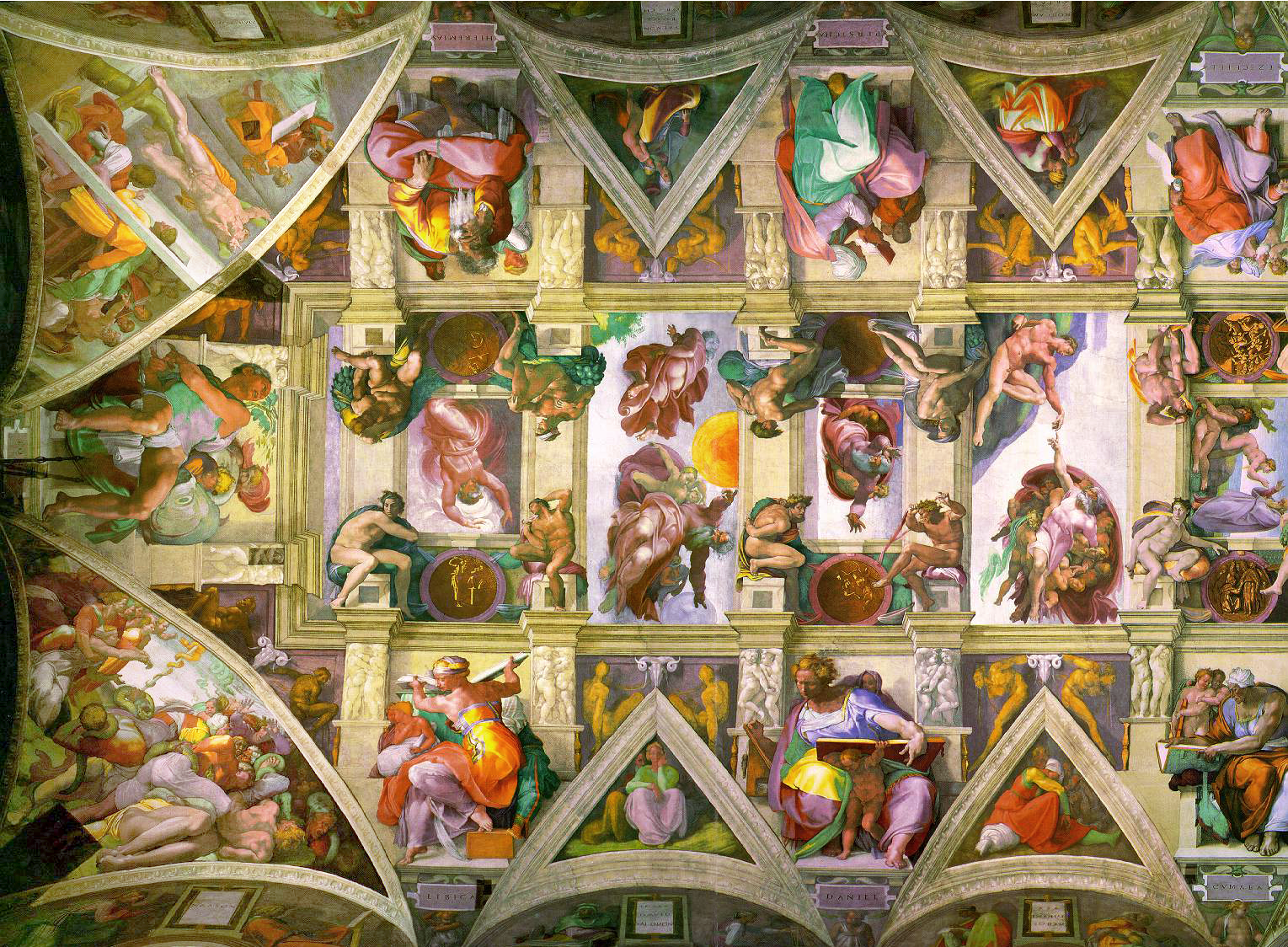 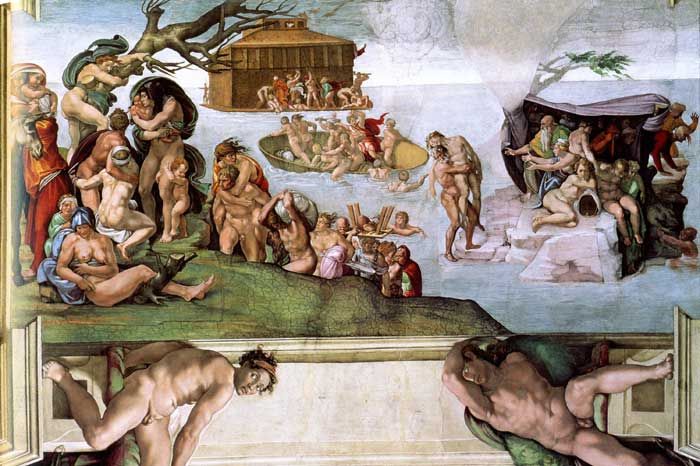 An entire gallery will be devoted to the Sistine Ceiling and will include Michelangelo's original studies for the project. 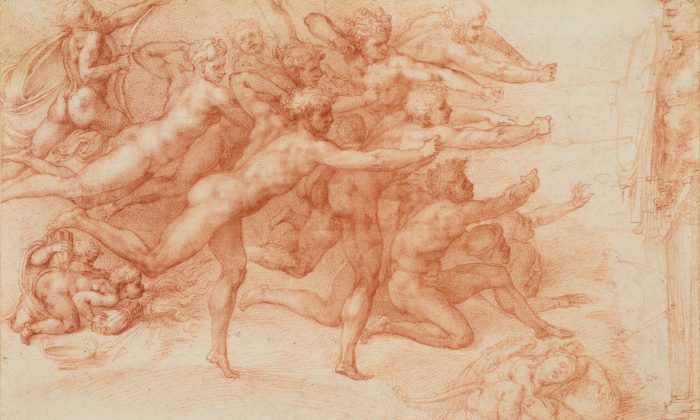 Other sections will explore his portraiture and the beautiful finished drawings he created for close friends; his collaboration and friendship with Venetian artist Sebastiano del Piombo (1485/86–1547); and the drawings and poetry he created for the young nobleman Tommaso de'Cavalieri, whom he met in 1532 and who became a life-long friend.


The artist's last decades in Rome are reflected in the last part of the exhibition and will include, in addition to architectural drawings, 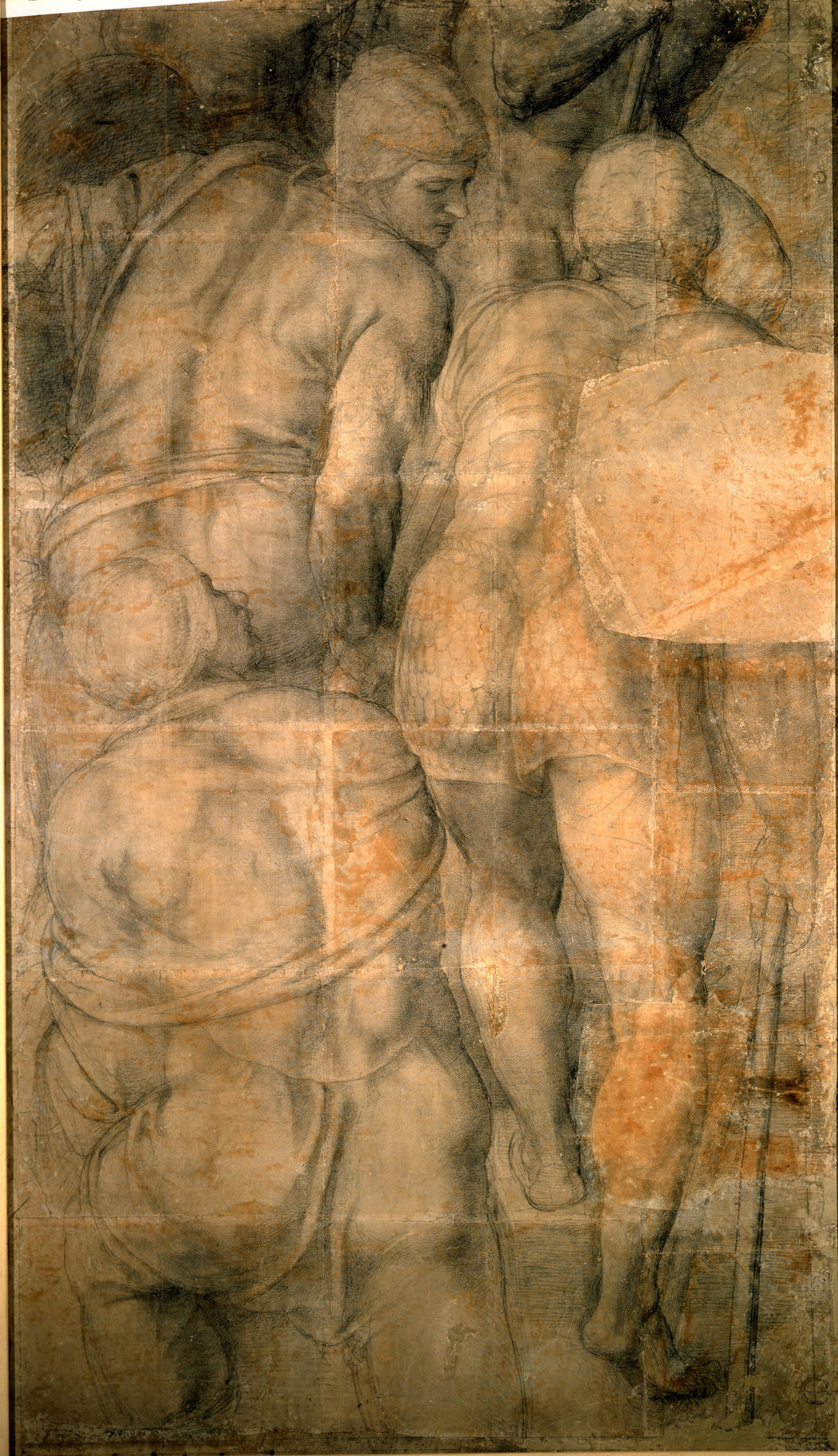 the enormous cartoon (full-scale drawing) he prepared for the Crucifixion of Saint Peter fresco in the Vatican Palace, as well as a rare three-dimensional model for the vault of a chapel.

Said Dr. Bambach: "His creativity continued to be phenomenal until the end when he died at 88."

Michelangelo: Divine Draftsman and Designer is organized by Dr. Carmen C. Bambach, Curator in The Met's Department of Drawings and Prints.

The exhibition will be accompanied by a fully illustrated catalogue written by Dr. Bambach that will include essays by a team of leading Michelangelo scholars. It will be published by The Metropolitan Museum of Art and distributed by Yale University Press.