A Passion for American Art: Selections from the Carolyn and Peter Lynch Collection

The Peabody Essex Museum (PEM) presents the debut exhibition of an outstanding collection of American painting, furniture, and decorative arts that was assembled by philanthropists, Carolyn and Peter Lynch, over the course of fifty years. A Passion for American Art: Selections from the Carolyn and Peter Lynch Collection takes visitors on the personal collecting journey of a couple that shared an extraordinary life together.

Also featured are three significant works by Georgia O’Keeffe, Childe Hassam, and J.O.J. Frost that were recently donated to PEM by Peter Lynch in memory of his late wife, Carolyn Lynch. By embracing an organic approach to collecting and by freely integrating multiple subjects, time frames and media, the Lynches created lively conversations about artistic creativity, regional styles, and evolving traditions in America. A Passion for American Art is on view at PEM from May 11 through December 1, 2019.

This jewel-box exhibition celebrates the couple’s abiding love of nature and of American history through 120 works of decorative art, 36 pieces of furniture, 35 paintings and sculptures, and 10 Native American artworks. The majority of the works are pristine examples of American creativity from the 18th and 19th centuries – an era when many artists echoed the latest styles and forms from Europe while also striving to express new American ideals, beliefs, and regional tastes. 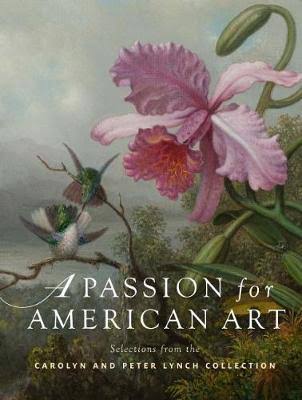 Published by the Peabody Essex Museum, the major 224-page publication, A Passion for American Art: Selections from the Carolyn and Peter Lynch Collection, celebrates the outstanding examples of American painting, furniture, decorative arts, and Native American art from the Carolyn and Peter Lynch collection. This luxuriously illustrated book traces the couple’s growth as collectors, their cultural and aesthetic affinities and their relationships with artists and fellow collectors. Writer Jeanne Schinto offers a profile of the Lynches and a view into how the collection expresses the couple’s distinctly American sensibility. PEM’s Carolyn and Peter Lynch Curator of American Decorative Art, Dean Lahikainen, shares an introduction to the collection and a series of short essays by PEM curators explore how the Lynches combined diverse works in the living spaces of their homes. The exhibition catalog will be available this spring at pemshop.com. 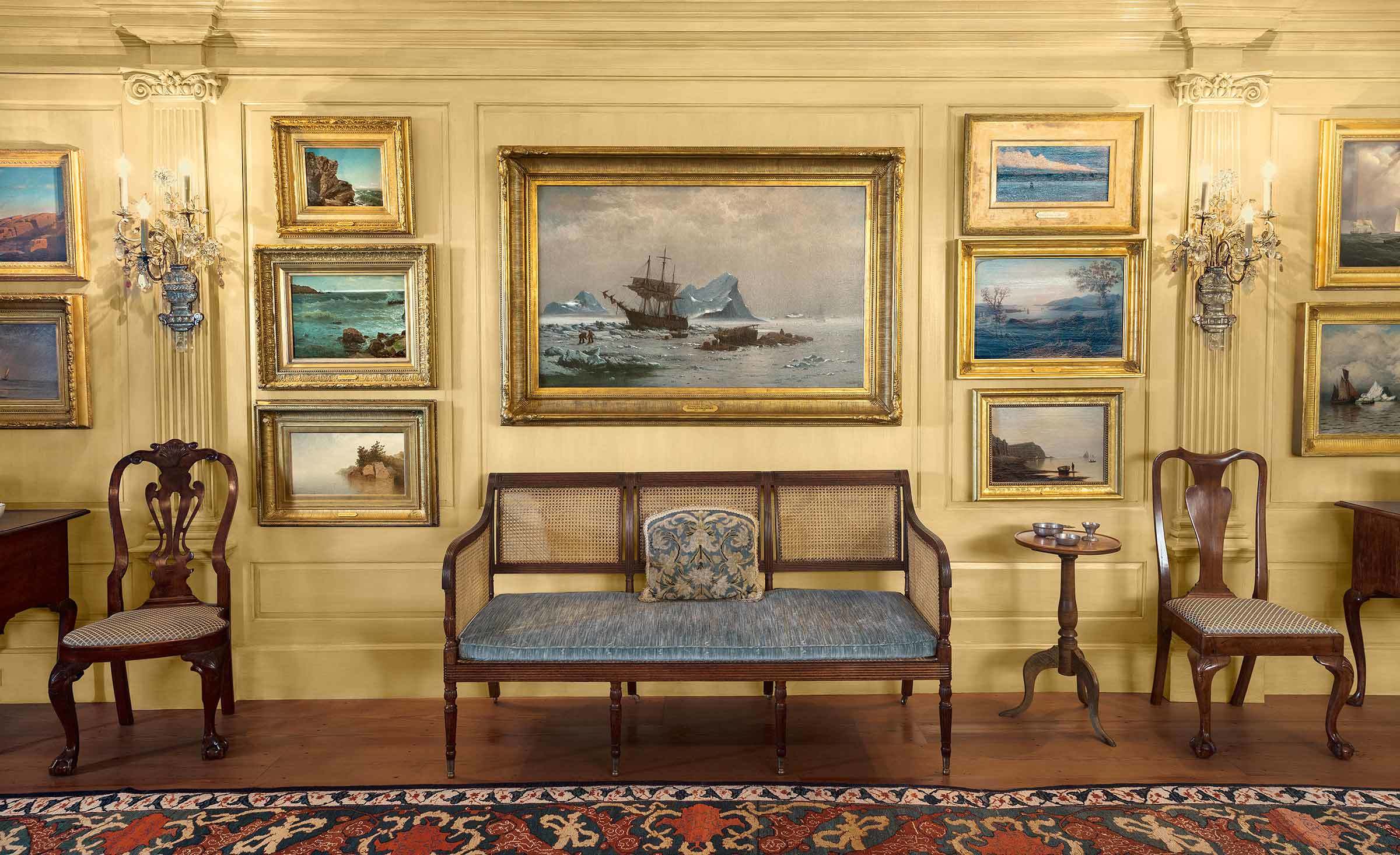 "This exhibition allows us to marvel not only at the range of American traditions and creativity but also appreciate how collecting can amplify a sense of place and express aesthetic and intellectual values,” says Lahikainen.

Best known for heading Fidelity’s Magellan Fund, the best performing mutual fund in the world, Peter Lynch is also a major philanthropist. Together, the couple established the Lynch Foundation in 1988 to support nonprofit organizations in the greater Boston community. For many years, Carolyn served as a PEM Trustee and Overseer and helped found the museum’s American Decorative Arts Committee. In 2014, the Lynch Foundation generously created an endowment for the PEM’s robust changing exhibition program.

Frost’s 1925 panoramic masterwork, an oil on fireboard painting, called The March into Boston from Marblehead, April 16, 1861: There Shall Be No More War, is of exceptional quality and scale. The local and national histories referenced in the painting, coupled with the highly-detailed, large-scale panoramic narrative scene, has broad appeal. The painting is poignantly autobiographical, capturing Frost’s childhood memory of watching his father alongside other Marblehead men depart on foot to Faneuil Hall in Boston to enlist in the Civil War. 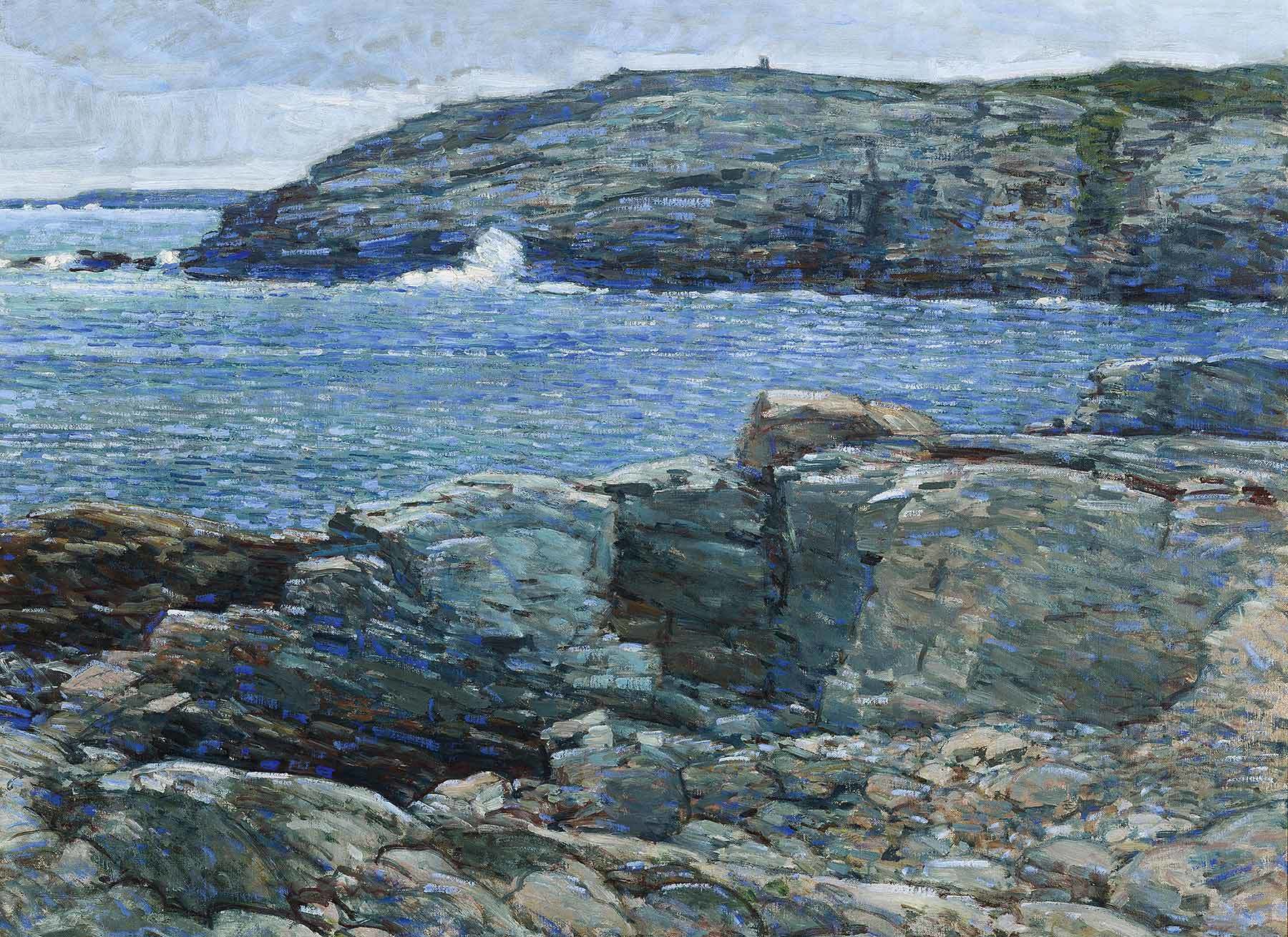 A key loan in PEM’s 2016 exhibition, American Impressionist: Childe Hassam and the Isles of Shoals, Hassam’s 1911 painting East Headland, Appledore, Isles of Shoals is a masterpiece within Hassam’s Appledore oeuvre. East Headland is the first major American impressionist picture, and the first Hassam, to enter PEM’s collection. The work also holds special significance to the Lynch family as Peter took Carolyn to Appledore as a birthday surprise to see the island and the site depicted in this painting. 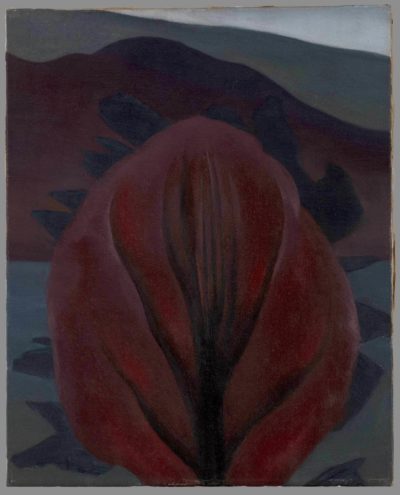 In Cedar and Red Maple, Lake George, 1921, O’Keeffe’s treatment of natural forms and unconventional contours resulted in a modernist painting that abstracts, combines, and layers the landscape in ways that – at the time – were unprecedented in American art. The small but vivid canvas is characteristic of her aesthetic responses to the Lake George landscape. This gift dramatically bolsters PEM’s expanding and diversifying collection of works by women and by modern artists.

Martin Johnson Heade, Orchid and Hummingbirds near a Mountain Lake, about 1875-90. Oil on canvas. Collection of Carolyn A. and Peter S. Lynch. Photography by Bob Packert/Peabody Essex Museum.

Posted by Jonathan Kantrowitz at 7:27 AM