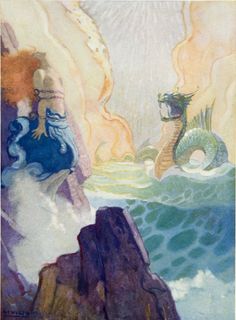 An undoubted highlight of the auction is an important and dramatically composed painting by Newell Convers Wyeth (1882-1945) entitled “The Huge Monster Soon Came in Sight, Part of His Body Appearing Above the Waves and Part Concealed” (Angelica and the Sea-Serpent) (lot 85). Originally created as an illustration for Thomas Bulfinch’s The Legends of Charlemagne, which was published in 1863 and was an iconic collection of European fables and legends from the Middle Ages. The lot boasts compelling provenance, having been gifted by the artist to his friend Ralph Graves, whom he met in Washington, D.C. while working on a series of murals for National Geographic, and has remained in the same family ever since. According to the present owner, it is “by far the best and most dramatic painting” of the series NC Wyeth created for the publication. Another exciting highlight of the sale is a beautiful portrait by Cecilia Beaux (1855-1942) of one of the artist’s childhood friends, entitled “Ethel Page as Undine” (lot 19).

Another exciting highlight of the sale is a beautiful portrait by Cecilia Beaux (1855-1942) of one of the artist’s childhood friends, entitled “Ethel Page as Undine” (lot 19). This painting is Beaux’s second of three depictions of Ethel Page; the other portraits are in the collections of the Philadelphia Museum of Art and the National Museum of Women in the Arts in Washington, D.C. Page, who came from an affluent Philadelphia family and is a direct descendent of Roger Williams (the founder and first governor of Rhode Island) is shown here, dressed for a formal gala event and depicted as Undine, the mythological water nymph. The work is one of the artist's most successful paintings, for which Beaux won a Mary Smith prize from the Pennsylvania Academy of the Fine Arts, and garnered Beaux considerable fame. The work is deeply inspired by James Abbott McNeill Whistler (1834-1903) and the Aesthetic Movement.

Well represented in the sale, as always, are the Pennsylvania Impressionists. 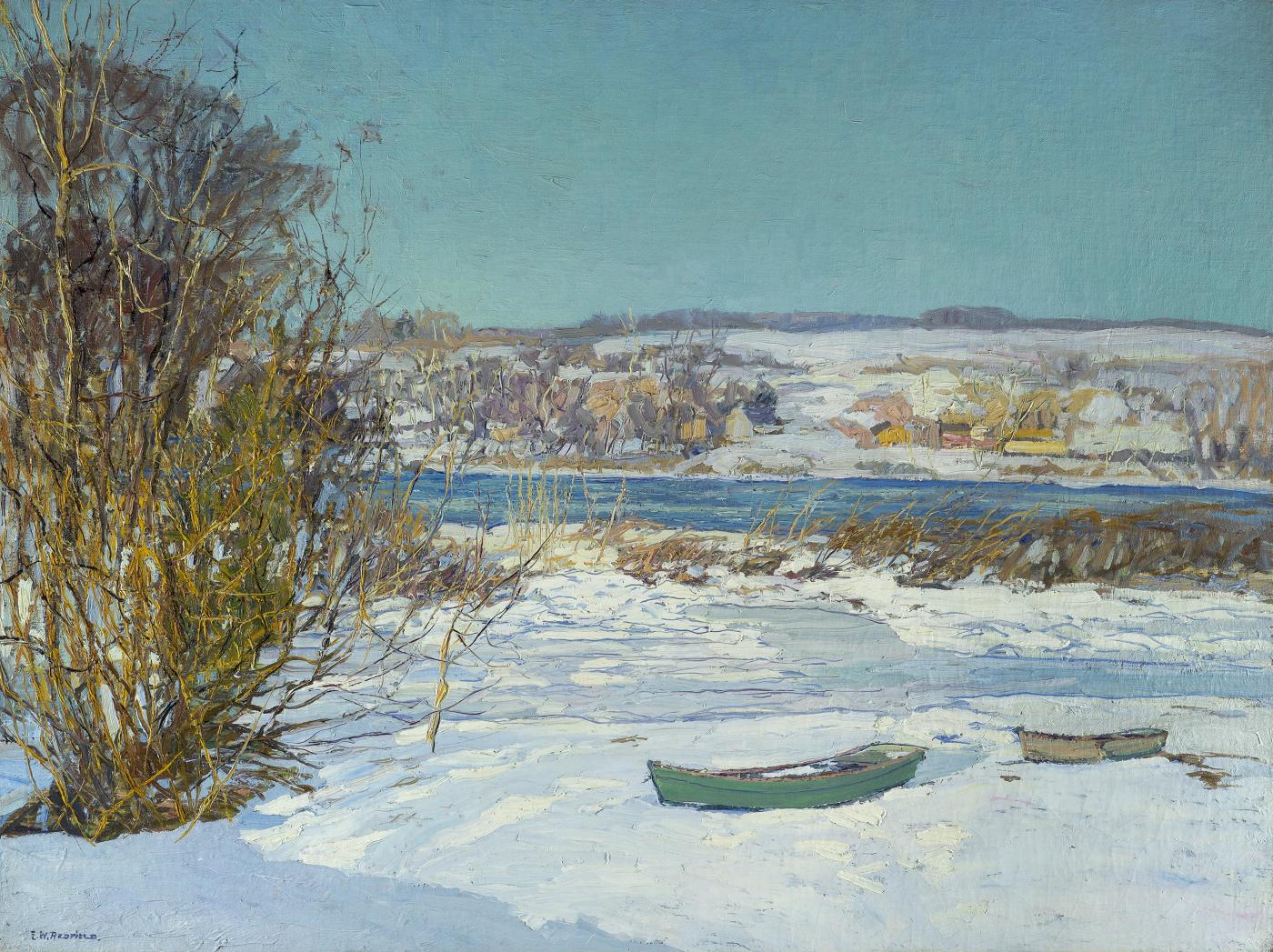 Most notable is a serene winter scene (lot 121) by Edward Willis Redfield; “The Frozen Creek” was completed in Point Pleasant and originally in the collection of the artist’s granddaughter. 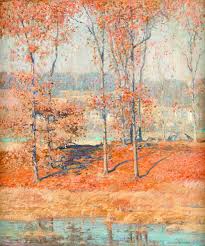 a Walter Elmer Schofield painting entitled “Road to the Moors”, which was painted in England and was previously in the collection of Mrs. Whitney, wife of the head of J.P. Morgan (lot 134).

Moreover, the sale will offer a number of works by renowned female Pennsylvanian artists, counting five paintings by Fern Coppedge (lots 114, 126, 127, 144, 159), including a charming spring scene and an impressive representation of the Grist Mill in Bucks County. In addition, a beautiful, screen-like floral still life by Mary Elizabeth Price, painted with gold and silver leaf, along with two other works by the artist, will round out the category (lot 146).

The sale will offer several excellent watercolors, including