Coinciding with the 200th anniversary of the birth of John Ruskin (1819–1900), an important art critic of the Victorian era, the National Gallery has brought together over 90 works, including paintings, watercolors, and drawings, by American artists who were influenced by Ruskin’s writing. Specifically, the exhibition will explore Ruskin’s significant impact on artists associated with a movement called “American Pre-Raphaelitism,” which peaked between 1857 and 1867 and included American artists such as Thomas Charles Farrer (1839–1891), John William Hill (1812–1879), and Robert J. Pattison (1838–1903). The exhibition will showcase the group’s richly detailed figural compositions, landscapes, and still-life paintings. Washington, DC—In celebration of the 200th anniversary of the birth of John Ruskin (1819–1900), the most influential art critic of the Victorian era, the National Gallery of Art will present more than 80 paintings, watercolors, drawings, and photographs created by American artists who were profoundly influenced by the renowned critic. Ruskin's call for a revolutionary change in the practice of art found a sympathetic audience in America among a group of like-minded artists, architects, scientists, critics, and collectors who organized the Association for the Advancement of Truth in Art. New research reveals that the members of the Association sought reform not only in the practice of art, but also in the broader political arena during the Civil War era. The American Pre-Raphaelites: Radical Realists, including several recently discovered works never exhibited publicly, will be on view at the National Gallery of Art from April 14 through July 21, 2019.

John Ruskin's (1819–1900) influence was most profound through the 1860s, when his ideas and opinions inspired an organized reform of American art and architecture. Although he never traveled to the United States, Ruskin's ideas reached America through his many publications, most notably in Modern Painters, which had inspired the British Pre-Raphaelite artists.
The Association for the Advancement of Truth in Art was founded in January 1863 to promote Ruskin's teachings. Member artists not only recorded the natural world with strict fidelity, as Ruskin advocated, but also created a number of works that included rich political subtexts referencing the ongoing war.
The Association existed for less than a decade. Its members included artists who produced a remarkable number of stunningly beautiful works during the period when they were active members and paying strict attention to Ruskin's admonition that they leave tradition behind, exit the studio, work outdoors, and reproduce nature's "truth" with exacting detail.
Thomas Charles Farrer (1839–1891), a young British expatriate who had studied in London with Ruskin and the Pre-Raphaelite painter Dante Gabriel Rossetti (1828–1882), became the leader of this eclectic group. Among the several works in the exhibition by Farrer is his stunning landscape Mount Tom (1865).
Other "radical realists" hailed by the Association's journal, The New Path, as America's modern painters are included in the exhibition: John Henry Hill (1839–1922); John William Hill (1812–1879); Charles Herbert Moore (1840–1930); Henry Roderick Newman (1843–1917); Robert J. Pattison (1838–1903); and William Trost Richards (1833–1905). Nonmember artists who were attracted by Ruskin's ideas and felt the Association's influence are also represented in the exhibition including Fidelia Bridges (1834–1923), the best known among Ruskinian women artists; Robert B. Brandegee (1849–1922); Henry Farrer (1844–1903), Thomas's brother; William John Hennessy (1839–1917); Aaron Draper Shattuck (1832–1928); and William James Stillman (1828-1901). Several works by John Ruskin himself introduce the exhibition.
New research reveals that the members of the Association sought reform not only in the practice of art, but also in the broader political arena, particularly in the debate about slavery. They were united by a patriotic commitment to the preservation of the Union and the abolition of slavery. The founding meeting of the Association took place at the height of the Civil War—just days after Abraham Lincoln had issued the Emancipation Proclamation.
Coded references to the war are present in several detailed landscape paintings that do not appear—at first glance—to carry symbolic meaning, including 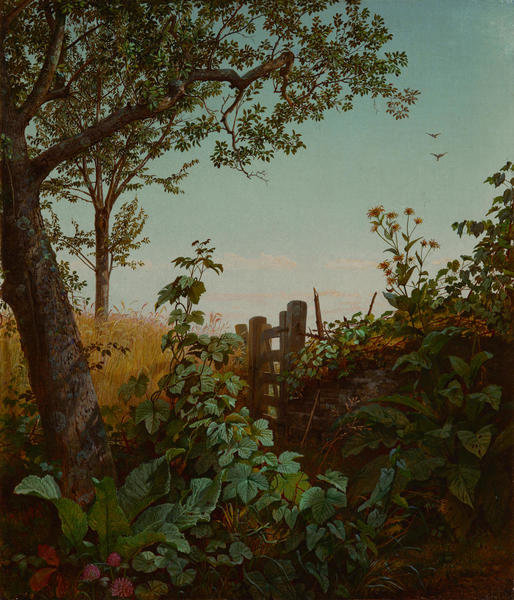 William Trost Richards's A Neglected Corner of the Wheatfield (1865) 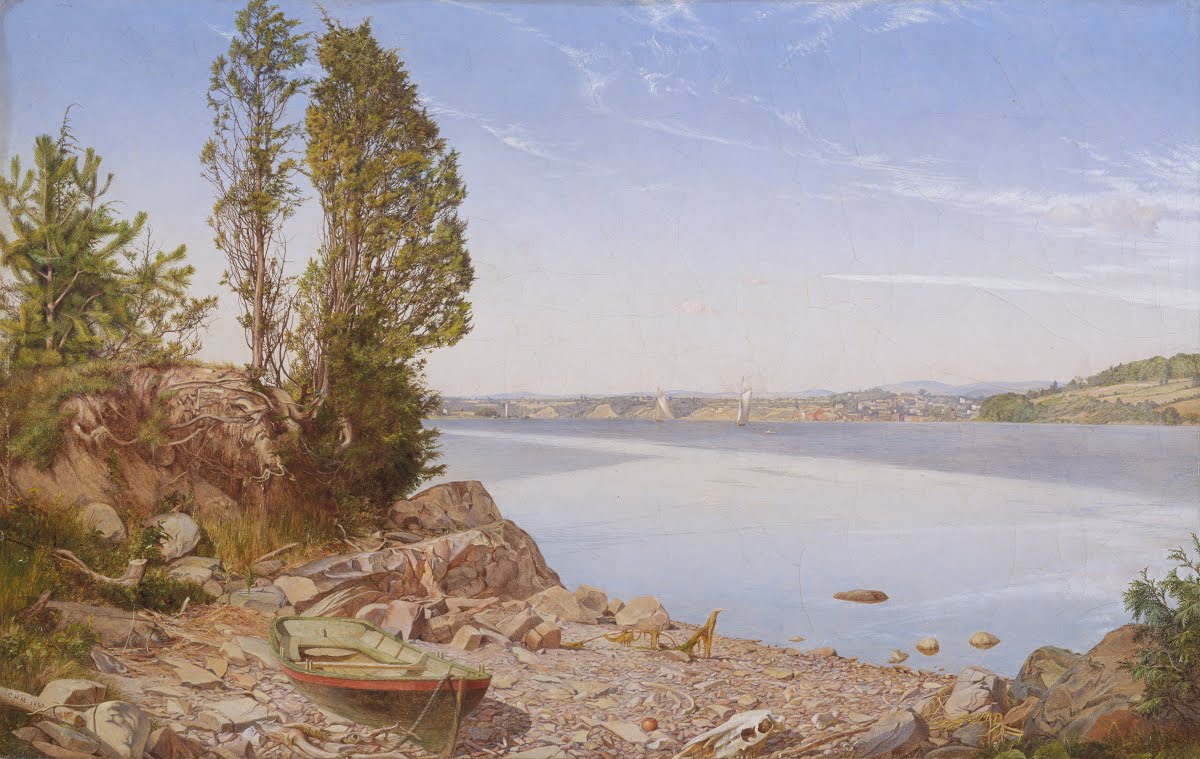 Both works resonate with a range of explicit and hidden messages related to the war.

During the heyday of the movement in the mid-1860s, the realists' hyper-detailed and vividly colored oil paintings and watercolors were interpreted by the partisan critical voices of The New Path as vibrant agents promoting reform when displayed among conventional works.
Exhibition Curators
The exhibition is curated by Linda S. Ferber, museum director emerita and senior art historian at the New-York Historical Society, with Nancy K. Anderson, curator and head of the department of American and British paintings at the National Gallery of Art.

Posted by Jonathan Kantrowitz at 7:16 AM