Th is summer the Brandywine River Museum of Art will present N. C. Wyeth: New Perspectives , the first exhibition in almost 50 years to examine in depth the entirety of Wyeth’s multifaceted oeuvre . A formidable yet often overlooked fig ure in the history of American art , N. C. Wyeth was the foremost illustrator of his generation, and the patriarch of an extraordinary famil y of artists . By re p ositioning Wyeth as a distinguished painter who worked across the perceived divisions of visual culture in painting, illustration, mural s and advertising, the exhibition offers new insights on Wyeth’s place within the b road spectrum of early 20th - century visual arts .

Well known during the 20th century for his bold, imaginative illustrations that brought new characterizations to classic stories such as Treasure Island , The Boy’s King Arthur and Th e Last of t he Mohicans , N. C. Wyeth was a prolific artist who vigorously pursued parallel interests in painting landscapes, seascapes, portraits, still lifes and murals throughout his career. A master of many styles and a brilliant colorist, Wyeth employed the skills honed in the work he produced for publishers to explore and address various thematic and stylistic currents running through the first five decades of the 20 t h century.

Wyeth’s nuanced grasp of how to create emotional power through composition and light effects was not only influential, but also established a certain visual standard for dramatic imagery. The exhibition will feature the iconic paintings Wyeth created to illustrate books and magazine stories , as well as the remarkable landscapes and figurative works of art that have , up until now , garnered less attention . They include examples of his experimentation with Impressionism during the 1910s and 20s , a s well as his shift towards American Regionalism and his adoption of elements of Modernism from the late 1920s through the mid - 1930s . 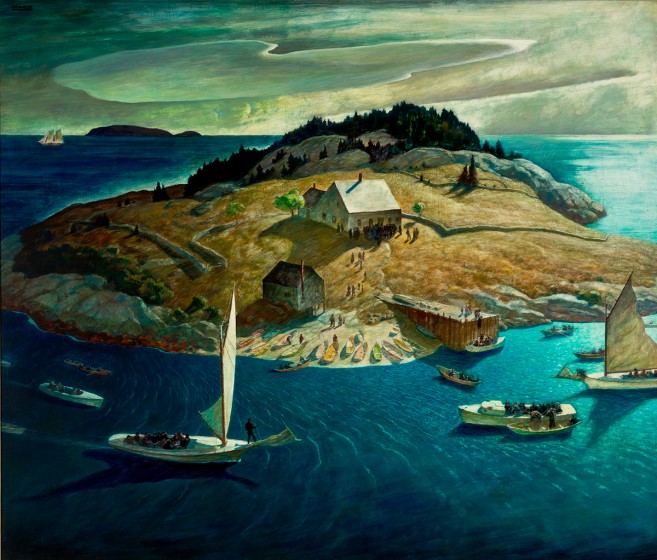 Among the exhibition highlights on view, Island Funeral , 1939, one of Wyeth’s most seminal and complex narrative paintings , represent s the culmination of a protracted period of artistic experiment and invention.

The Brandywine is the first of three national venues for this exhibition , and visitors coming to Chadds Ford have a unique opportunity to further immerse themselves in both Wyeth’s work and life. N. C. Wyeth’s own home and studio — a National Historic Landmark and the locus of r oots which have nourished a family of extraordinary creativity for more than a century — are owned by Brandywine and open for public tours daily. Wyeth’s majestic studio, with its spectacular Palladian - style north window , is much as the artist left it at his untimely death in 1945. 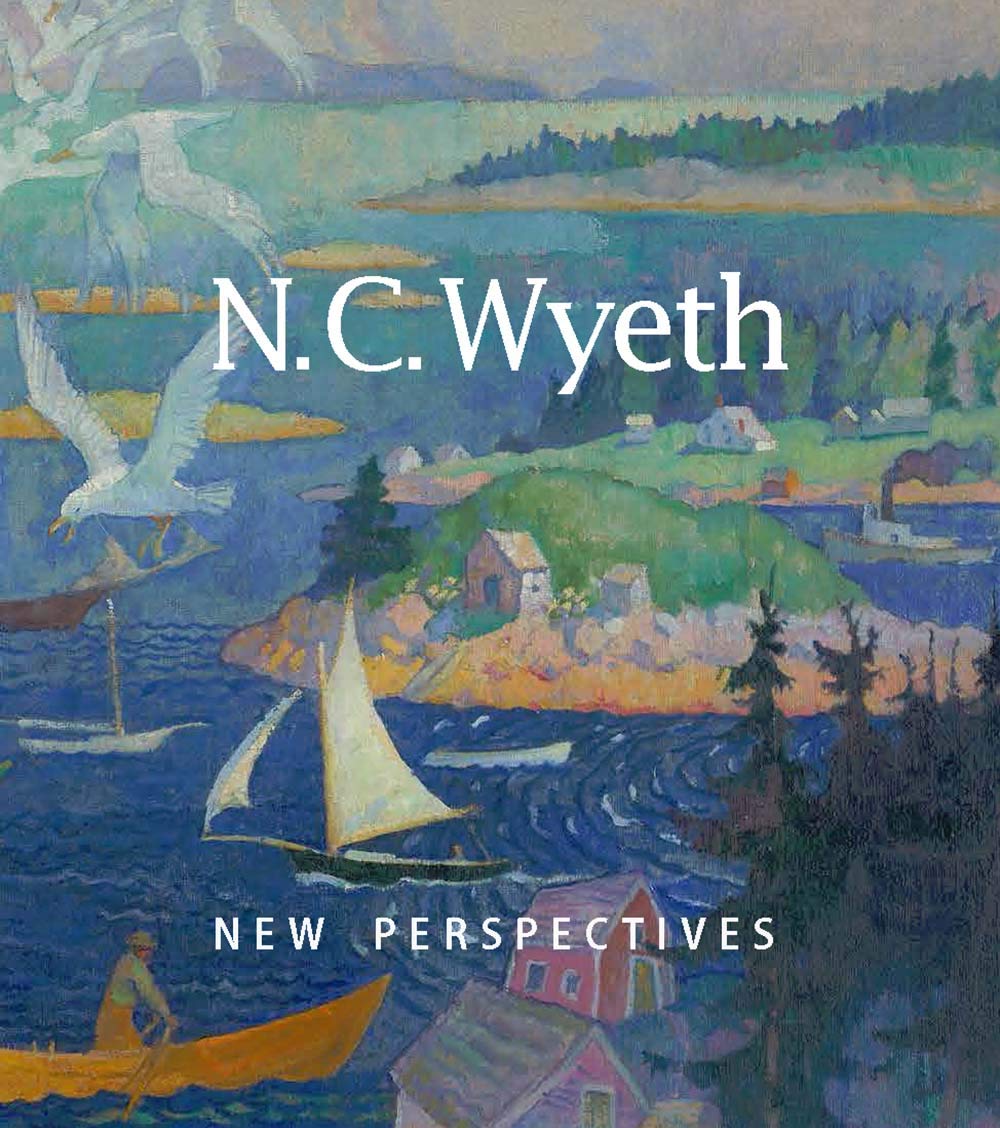 The catalogue accompanying N. C. Wyeth: New Perspectives — co - published by Yale University Press, the Brandywine River Museum of Art and the Portland Museum of Art — includes scholarly essays which examine multiple aspects of Wyeth’s life and work, providing a long overdue re assessment of the remarkable breadth of t his complex , and often misunderstood artist .

Posted by Jonathan Kantrowitz at 11:26 AM