Daniel Richter. Hello, I love you


From October 9, 2015 the Schirn Kunsthalle Frank­furt is exhibiting a new series by the German painter Daniel Richter in a focused solo presen­ta­tion. Around 25 paint­ings, which will be presented to the public for the first time in the Schirn, mark a caesura in the artist’s oeuvre. Daniel Richter (* 1962) is one of the influ­en­tial artists of his gener­a­tion; since the late 1990s his works have been cele­brated in numerous exhi­bi­tions.

In his new works Richter breaks with all that seemed familiar in his painting hith­erto. In the past two years he has focused on a ques­tion which repre­sents a chal­lenge for him: “How can a picture be reduced formally while being charged at the same time as regards content?” In his search for answers and solu­tions Richter has devel­oped a new picto­rial language which defies the customary motifs and painting methods as well as the familiar colours and themes.

His works are char­ac­terised by a remark­able styl­istic complexity and versa­tility: From about the year 2000 he confronted the abstract-orna­mental paint­ings created from the mid-1990s with large-format, more strongly figu­ra­tive and narra­tive pictures of a socio-polit­ical reality. Through the inter­sec­tion of art-histor­ical, mass-media and pop-culture clichés he has created idio­syn­cratic worlds. In 2015 he reduced the picto­rial means, simpli­fied the painting method; the tried and tested picto­rial themes have disap­peared and the picture has been brought back to its abstract primal state. The paint­ings in the new series seek an unusual confronta­tion. On a formal and content-based level the artist brings about a clash between simpli­fied masses of colours and signif­i­cance.

Richter’s painting against his own routine has resulted in fascinating works which not only reveal a transformation, but also a remarkable new development stage in the artist’s oeuvre.

The new series included two groups of works. In one of them Richter focuses on the obser­va­tion of the body and corpo­re­ality. In his previous works the human body was strongly contoured and always embedded in a super­or­di­nate narra­tive. Richter has retained the stereo­typed and flesh­less char­acter of the figures, but now goes further. His interest lies above all in the surface. He allows the forms to blur and thereby lets the figures dissolve. In this way a frag­mented, shat­tered phys­i­cality prevails. The figures are flat and inter­twined; the forms crash merci­lessly into each other and hint at the uncon­trolled human sexu­ality, which becomes visu­ally rein­forced in pornog­raphy. Richter devel­oped his latest works by starting out with the line and paint.

In his new works the line is not only a purely formal means of reduc­tion, but also the starting point for picto­rial design. At the same time it symbol­ises Richter’s ideas of picto­rial systems and schemes which help humans to compre­hend and to repre­sent picto­ri­ally the phenomena of reality. The latter becomes espe­cially clear in the other group of works. Based on diagrams with which data, content or infor­ma­tion are visu­alised, Richter paints amoeba-like areas on a subse­quently designed mono­chrome back­ground. The works recall maps or repre­sen­ta­tions of terri­to­rial bound­aries.

All the paint­ings in the new series impress with their mate­ri­ality. Richter dispenses almost entirely with painting with a paint­brush. Unlike his older works he shades all the colours he uses with white. With the excep­tion of the back­ground of the picture he uses only oil pastels for these new works. This leads to a funda­men­tally trans­formed appear­ance. Richter also avoids a clear symbolism and leaves no room for anec­dotal inter­pre­ta­tions. And yet his pictures reflect his powerful atti­tude to art and the world. 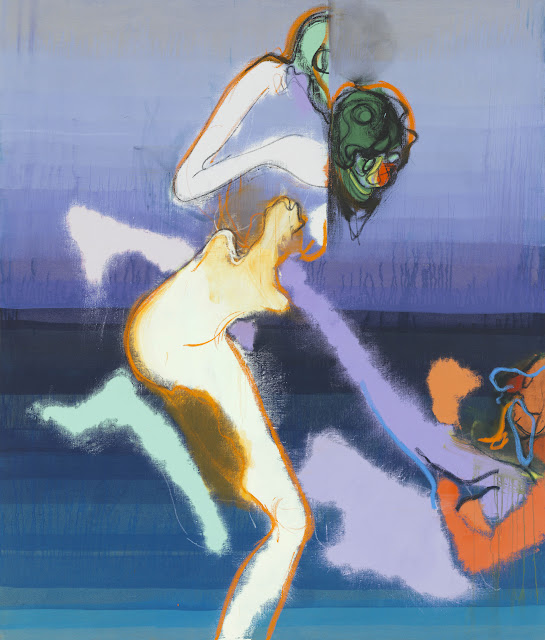 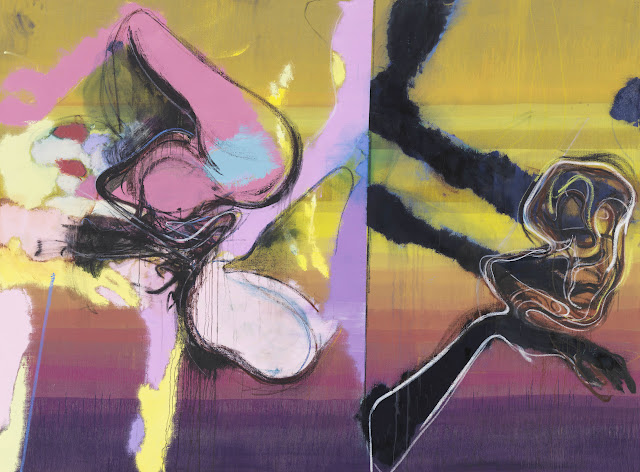 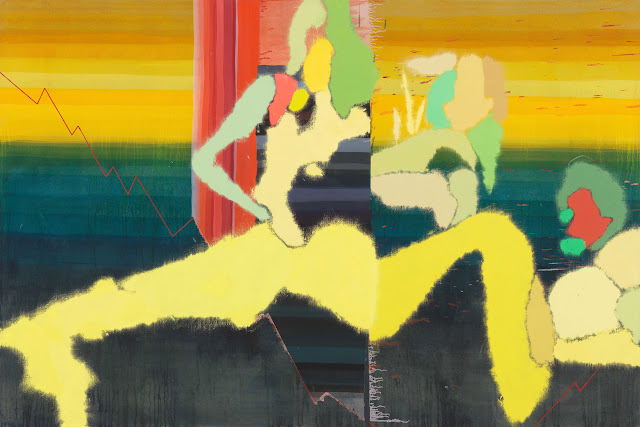 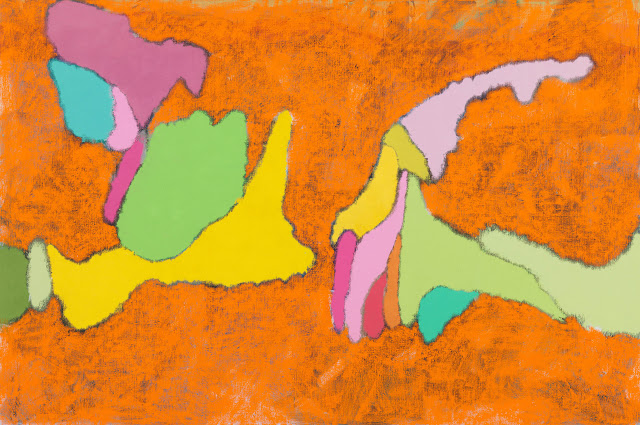 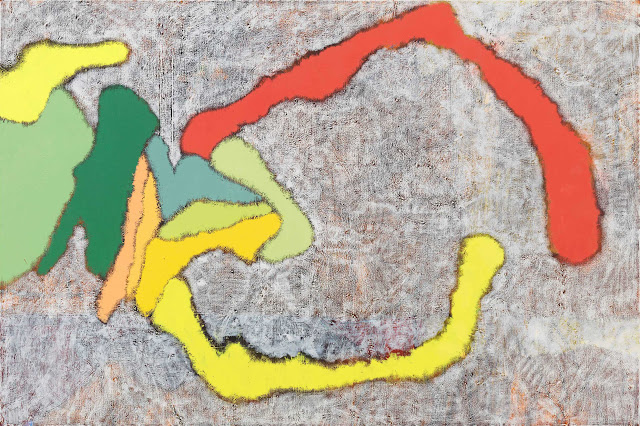 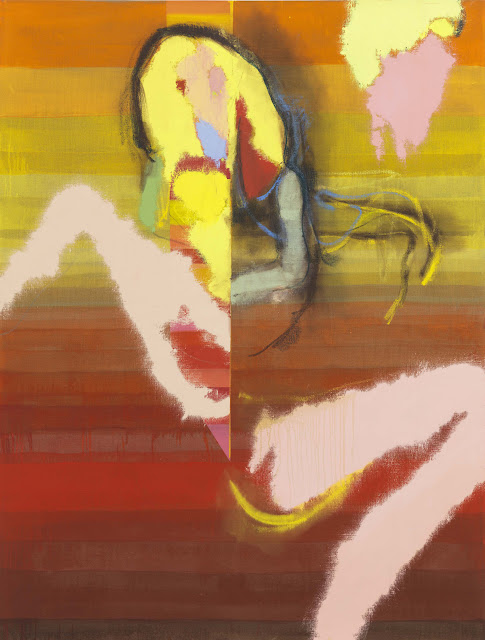 
Posted by Jonathan Kantrowitz at 1:05 PM