Immoral and depraved or just explicit and simply different? What earned the artist disrepute in the early 20th century makes him one of the greatest protagonists of Viennese Expressionism. Now his masterpiece 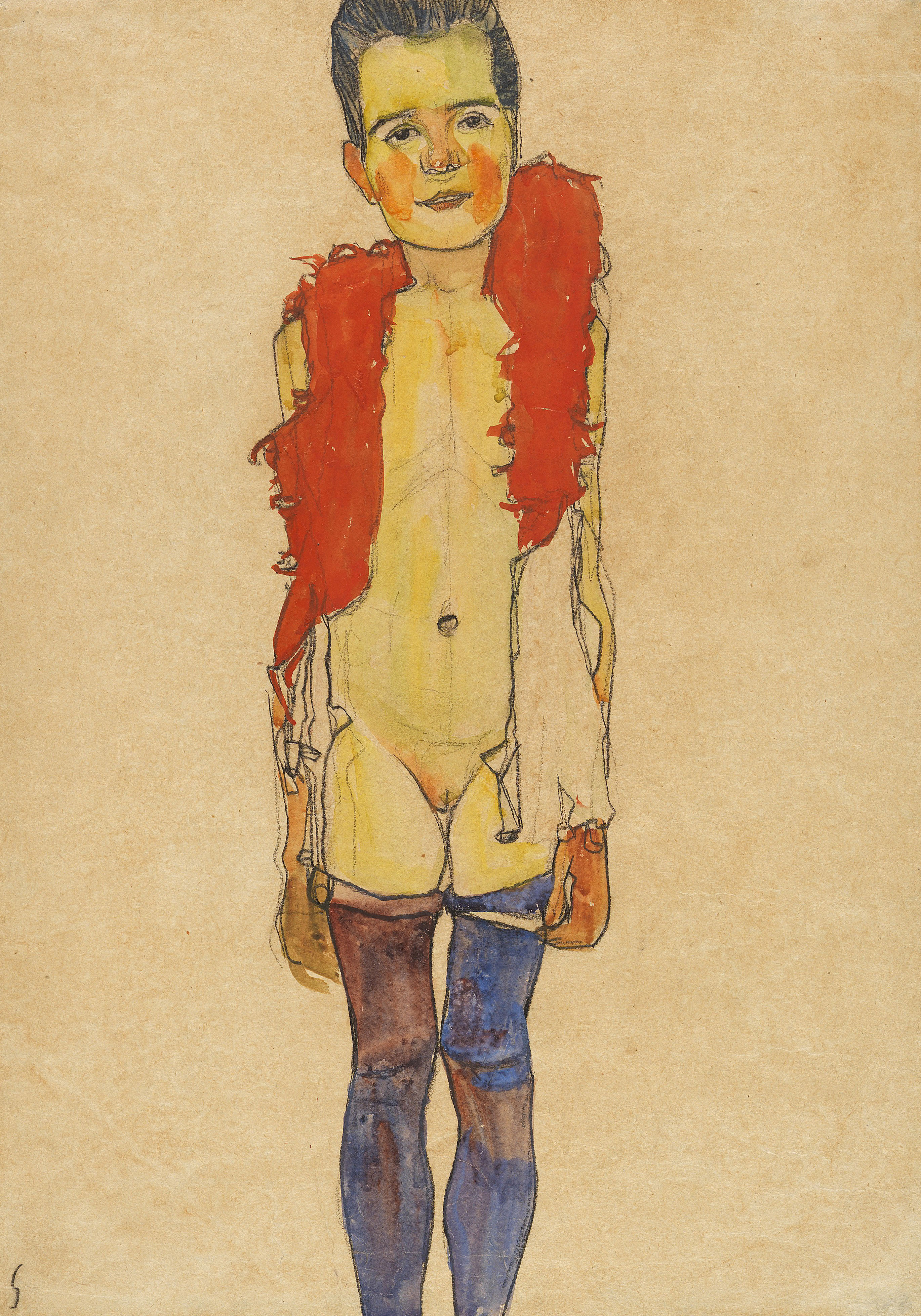 The frontality and permissiveness of the nude from 1910, coupled with an unsparing aggressive coloring, neither matched contemporary taste and aesthetic principles nor prevailing morals. Accordingly, it was no surprise that this work was seen as a provocation. However, the year 1910 saw great progress in the development of Schiele's stylistic means, which found expression in an intensified coloring and the figures' positioning in front of an undefined blank background. Early that year Schiele contoured his models with strong lines of charcoal, while he made increasing use of the pencil later on; he also put less emphasis on a detailed illustration of the carnation than he used to, instead he preferred a more intensive treatment of face and hair. Additionally, the choice of young and impatient models forced the artist to a more spontaneous and liberal performance. Half way into the year, Schiele began to experiment with gouache colors, which, as it is the case in our work, he used to accentuate draperies and cloths. Accordingly, this nude, estimated at € 600,000-800,000, is a prime example of the artistic progress Egon Schiele made in this time.


It surely is going to be a small sensation when more than twenty works by Gabriele Münter will be called up in one single auction. But it is not only the quantity of works on offer in the auction of Modern Art / Post War / Contemporary Art from 3-5 December 2015 that impresses, moreover, the works' quality is even more convincing.

Half a dozen works alone date from Gabriele Münter's most important period of creation, the years between 1908 and 1911. Next to 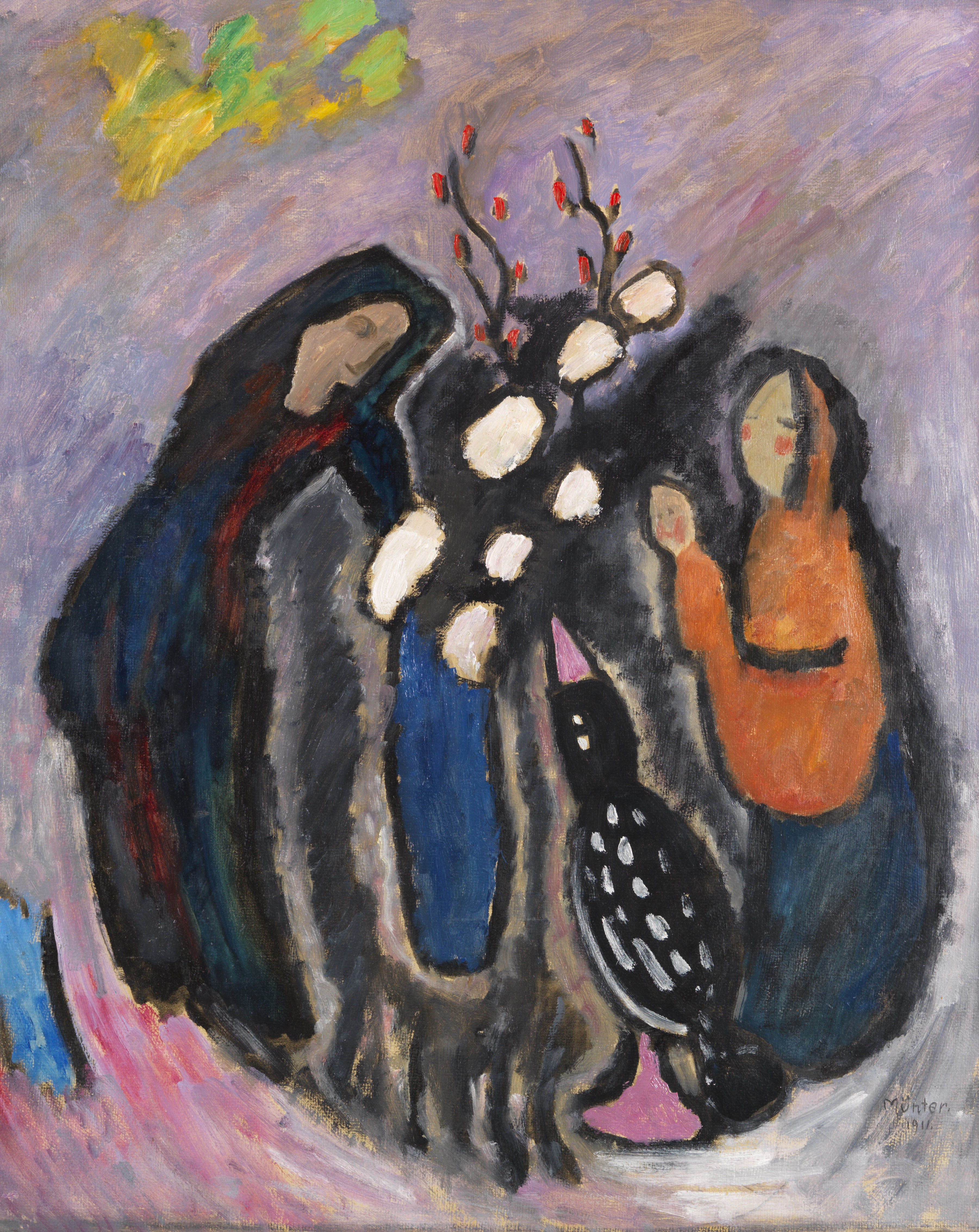 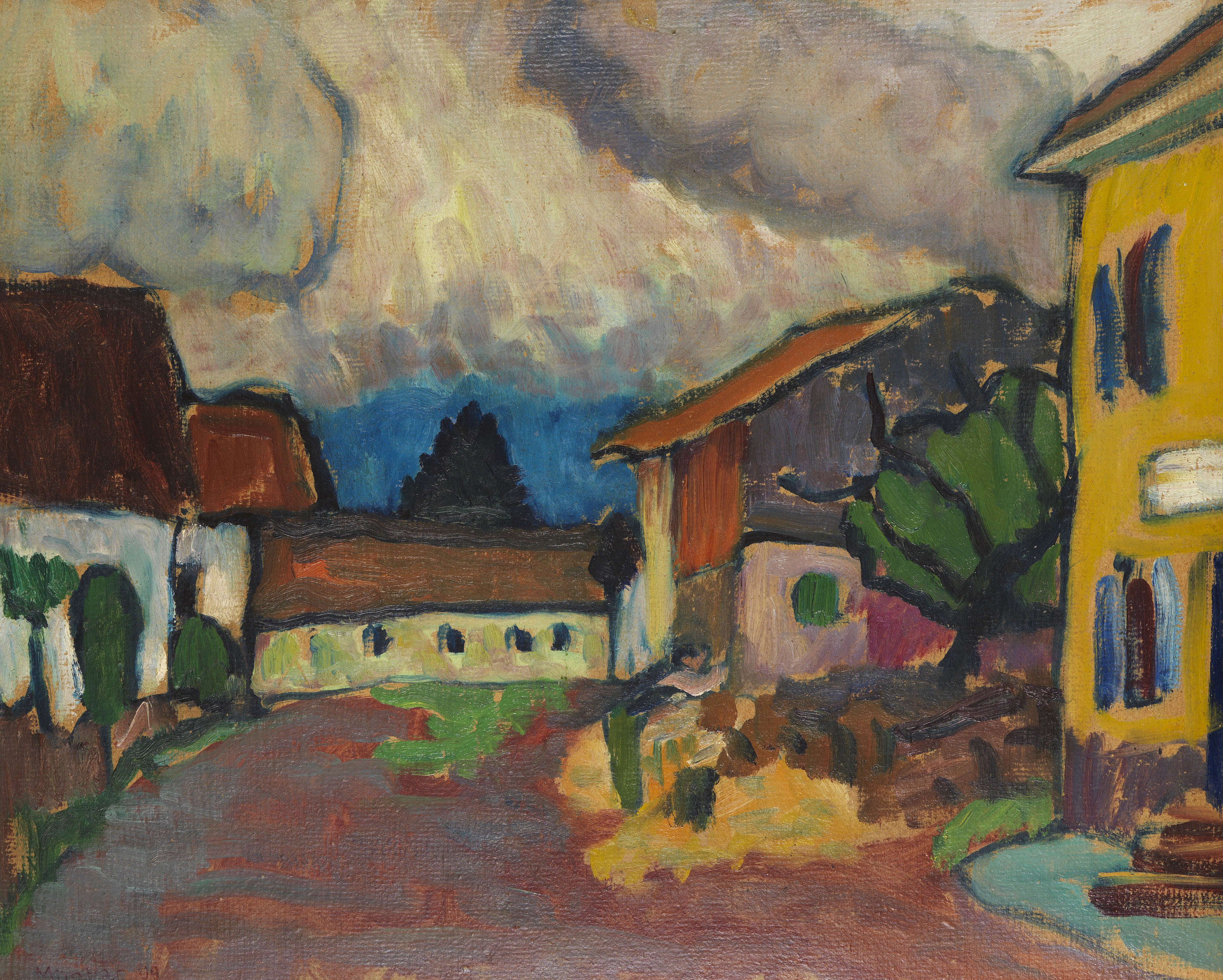 "Gehöft in Murnau (Holzhauer)". They were both made during a period that gave direction to the artist's individual style which would dominate her entire later creation henceforward. Gabriele Münter wrote about these years of change: "After a short but agonizing period I made a great leap forward - from imitating nature (…) to the abstraction thereof, to rendering an extract".*

The artist's swift development from Post-Impressionism to Expressionism also becomes obvious in the two small oil paintings "Häuser in Murnau" and "Kirchgarten in Murnau (Friedhof mit frischem Grab)" from 1908, both have been estimated at € 80,000-120,000 each. Additionally, her later works, such as the 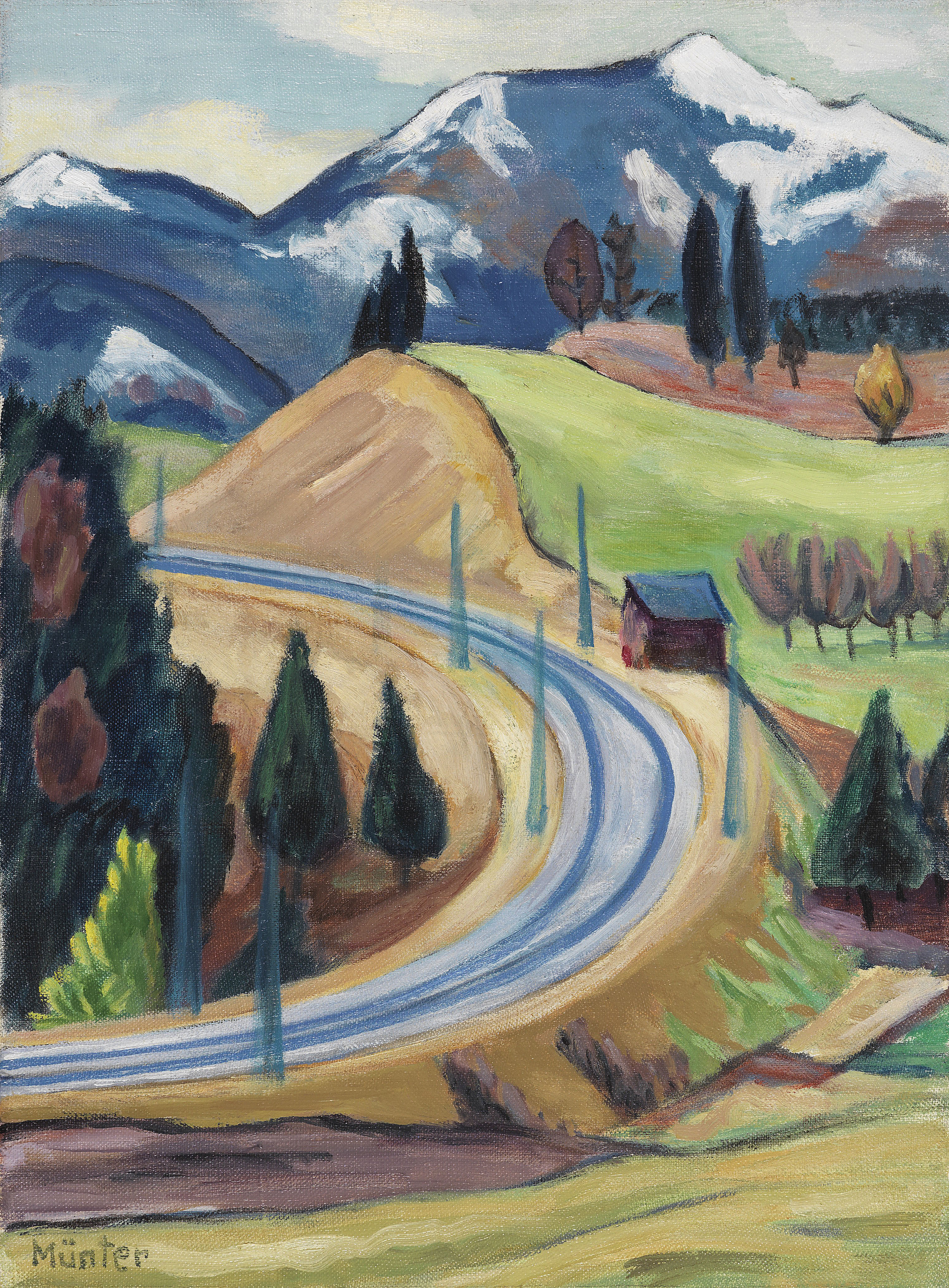 "Straßendurchstich (Die Kurve bei Berggeist)" from 1935 also knows to fascinate the observer. The spirited oil painting will enter the race with an estimate of € 180,000-240,000.