Noordbrabants Museum, ’s-Hertogenbosch, from 13 February until 8 May 2016.

With an expected 20 paintings (panels and triptychs) and 19 drawings on display, 'Visions of Genius' will be the largest retrospective of the work of Hieronymus Bosch (circa 1450 - 1516) ever. The exhibition will be an unparalleled homage to the most important medieval artist Holland has produced: never before have so many works by this ‘master of devilish perfection’ been brought together in a single exhibition.

For one time only, the majority of his oeuvre will be returning to ’s‑Hertogenbosch, the city where he was born as Jheronimus van Aken, where he painted his masterpieces and from which his artistic name of Bosch is derived. The exhibition will be the highlight of the Jheronimus Bosch 500 event year that will be celebrated in 2016 on the occasion of the 500th anniversary of the artist’s death.

Exceptional number of works on loan

The dozens of works on loan originate from prominent museums around the world, including the Museo Nacional del Prado (Madrid), Museum Boijmans Van Beuningen (Rotterdam), Gallerie dell'Accademia/Palazzo Grimani (Venice) and Metropolitan Museum (New York). The loans include such works as the Death and the Master (National Gallery of Art, Washington)

The exceptional number of works on loan to the exhibition will offer visitors the unique opportunity to closely study the revolutionary and highly imaginative visual language of Hieronymus Bosch.

Typical for Bosch are the monsters, diabolical figures, angels and saints that populate his drawings and panels. His characteristic work, full of illusions and hallucinations, peculiar freaks and nightmares, inimitably represents the major themes of his time: temptation, sin and reckoning. Created in the period around 1500, the transition between the Middle Ages and the Renaissance, Bosch’s paintings and drawings mysteriously reflect the relationship between the individual, his surroundings and his creator. Bosch is considered a brilliant artist who shows worlds in his works that his contemporaries never believed possible. He is an artist who ranks among the absolute world masters, whose work inspired the generations that followed and continues to inspire new artists to this very day.

“Bosch is the most important and most original medieval artist our country has ever produced. It is fantastic that, in the year 2016, the majority of his oeuvre can be seen in his hometown of ’s-Hertogenbosch. A fabulous opportunity for a new generation to also get acquainted with this work, which is unique in every respect.”

The preparation work for the exhibition in Het Noordbrabants Museum began in 2007. The foundation for the exceptional loans was laid with the Bosch Research and Conservation Project (BRCP), an ambitious and large-scale international art history study developed together with the Jheronimus Bosch 500 Foundation and Radboud University of Nijmegen. A team of international experts, united in the BRCP, have spent the past six years intensively and systematically studying and documenting virtually the entire oeuvre of the master Bosch worldwide, something never done before. In continuation of that research and preparations for the exhibition in 's-Hertogenbosch, a large number of paintings were also restored. The results of the Bosch Research and Conservation Project form the basis of the exhibition in 2016.

The city of ’s-Hertogenbosch, residents and visits are commemorating from 2010 up to the 500th anniversary in 2016 the death of Holland’s most important medieval painter Hieronymus Bosch (approx. 1450-1516) with the multiannual international cultural event Jheronimus Bosch 500. With Hieronymus’ work as the inexhaustible source of inspiration, his time and themes will be resurrected in a wide range of festive events: unique music, dance, theatre and circus productions, exhibitions, projects in public spaces, light presentations, books, games and apps. All of this is being done for (and with) a broad and diverse audience of all ages from around the world. Jheronimus Bosch 500 is bringing the city’s most famous son back to where he conceived and created everything, back to ’s-Hertogenbosch.


From a great , must read article:


Not so much as a sketch by the city’s most famous son now remains in ’s-Hertogenbosch. The first museum De Mooij approached was immediately struck by the grandeur of reuniting all his works, and the National Gallery in Washington volunteered to loan its fabulous Death and the Miser...


A few of the paintings are in too poor condition to even consider moving, but the one De Mooij knew he would never get was the artist’s single most famous work, The Garden of Earthly Delights.

Instead, the Prado is sending The Haywain (which will leave Madrid for the first time in 450 years). But the Garden triptych has been in Spain since the 16th century, moving from the royal collection to the Prado in 1939. De Mooij says that asking to borrow it would be like ringing up the Rijksmuseum and asking to borrow Rembrandt’s Night Watch – it was never going to happen. 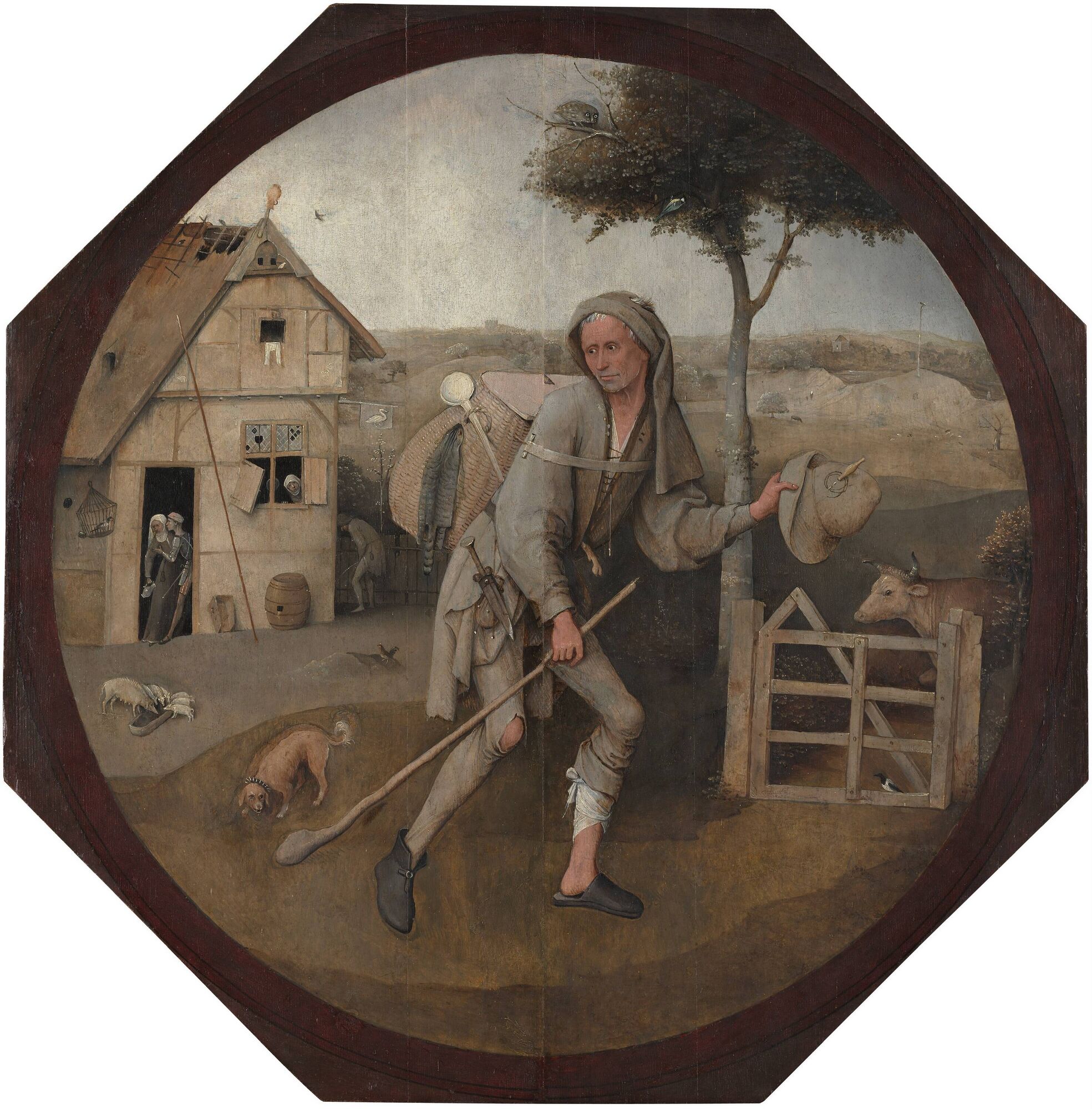 Posted by Jonathan Kantrowitz at 1:15 PM