New York, New York: Photographs from the Collection at The Metropolitan Museum of Art


Some sixty photographs of New York City from the 1850s to the 1970s—including many landmarks of American photography—were on view at The Metropolitan Museum of Art from May 7 through August 25, 2002. Since September 1839, when the painter Samuel F. B. Morse put aside his brushes for a camera, photography has been integral to the life and art of New York City. This celebration of the city as muse included 19th-century photographs by Edward Anthony, Silas Holmes, and anonymous artists, and 20th-century works by Berenice Abbott, Ralston Crawford, Walker Evans, Walter Gropius, Lewis Hine, Helen Levitt, Edward Steichen, and James VanDerZee, among others. With the exception of

a rare daguerreotype street scene on loan from the renowned Gilman Paper Company Collection, all of the photographs in the exhibition were drawn from the collection of the Metropolitan's Department of Photographs.

New York, New York: Photographs from the Collection included such rare examples of 19th-century photography as as well as late 20th-century studies including 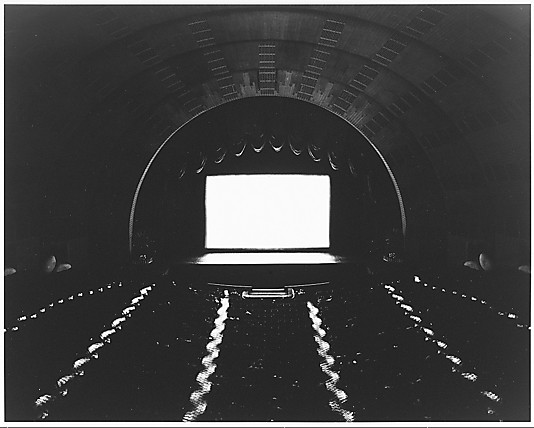 Among fascinating images of the city's architectural heritage, its explosive commerce, and its expanding population were dramatic views of airy 19th-century row houses and of the 20th-century skyscrapers that replaced them. 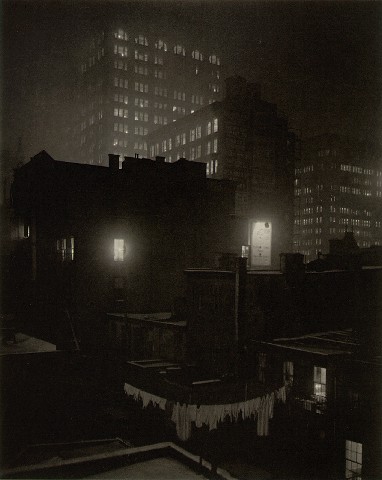 New York's diversity and cultural traditions were celebrated in 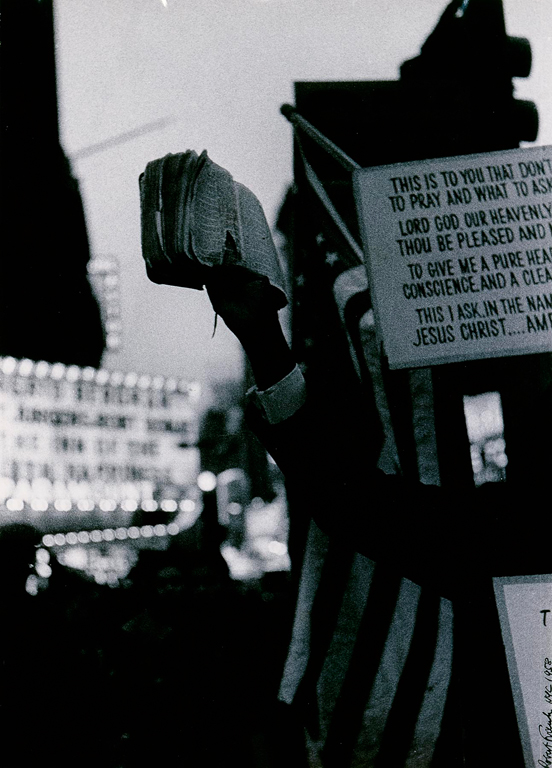 and Times Square, New York, a photograph of a street preacher by Robert Frank (1954). 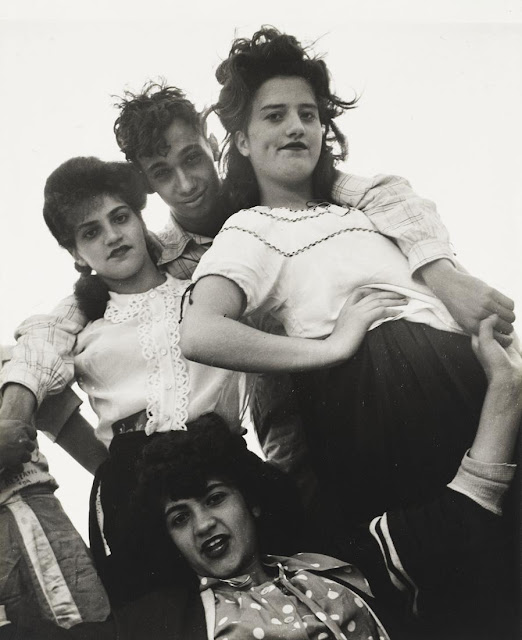 capture the post-war optimism of a generation. These artists explored the city's psychic temperament and evoked its vitality as well its moments of stunning emptiness and, at times, alienation.

The exhibition also featured children at play on the city's streets.

The dizzying aspiration, rebirth, and renewal of New York City was articulated in

In this spectacular photograph, a lone steel-worker in a boundless sky, far above the burgeoning city, straddles a construction cable, tightening a clamp as if performing a high-wire act.

Among the most iconic images in New York, New York: Photographs from the Collection was

This view of what was then the city's tallest building is the quintessential chromatic study of twilight in the city and a prime example of the conscious effort of photographers working at the turn of the century to assert the artistic potential of their medium.

New York, New York: Photographs from the Collection was organized by Jeff L. Rosenheim, Assistant Curator in the Metropolitan's Department of Photographs.

Posted by Jonathan Kantrowitz at 8:30 AM